The exhibitions you must see in 2019

From Leonardo da Vinci to Jeff Koons, Mary Quant to Stanley Kubrick, the year is chock-a-block with exhibitions to amaze, intrigue and move you. Here are our recommended exhibitions for 2019. 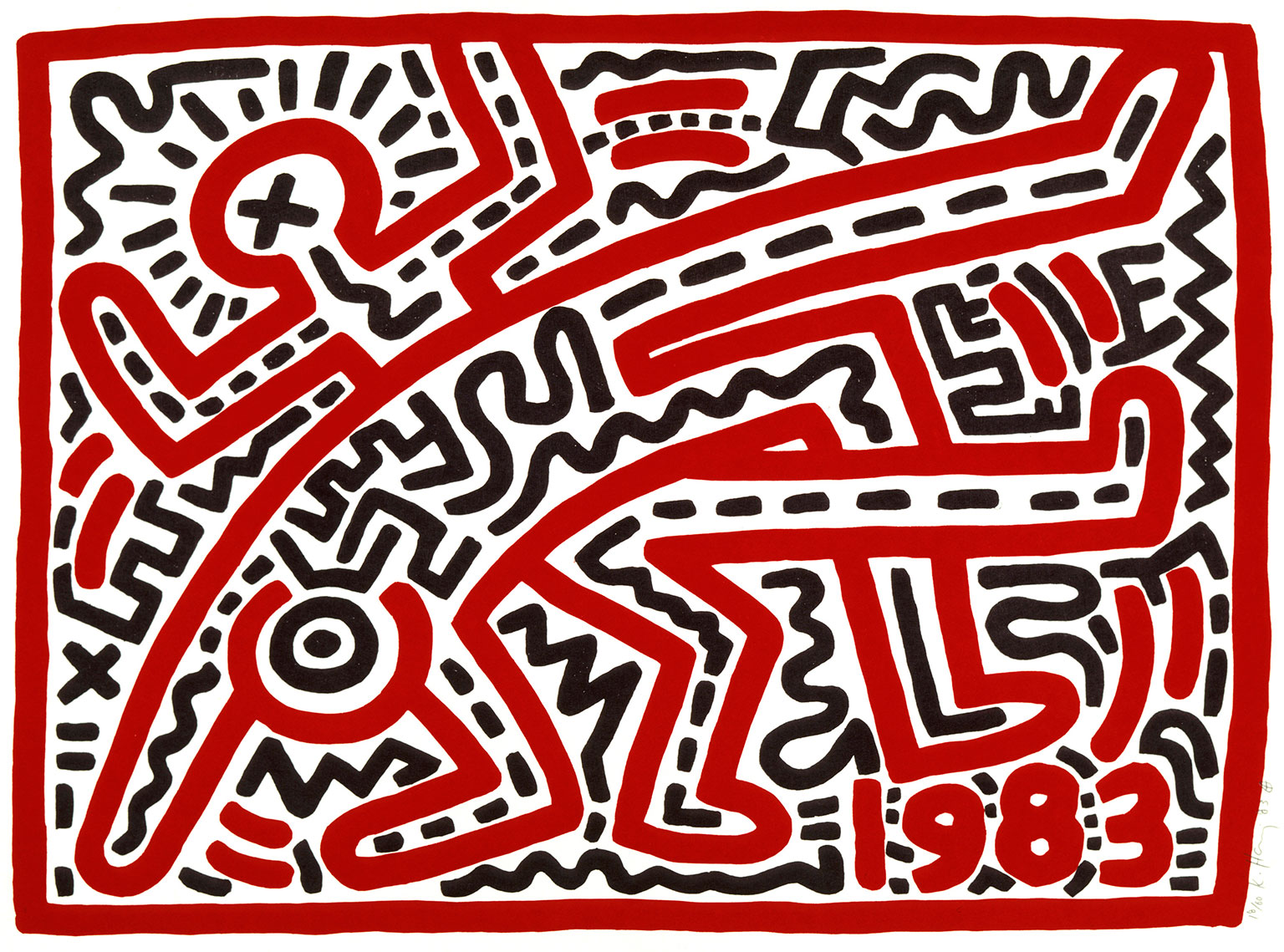 © Collection of the Keith Haring Foundation

Remember, new shows are being announced all the time, so check our full exhibition listings for more of 2019's must-sees.

Don't forget to add exhibitions you want to see to your wishlist – and of course, enjoy free entry to hundreds of museums and galleries across the UK, as well as 50% off major exhibitions, with a National Art Pass.

Contemporary art to see in 2019

This year offers a wealth of contemporary art in a huge variety of media, from artists all over the world.

Jeff Koons at the Ashmolean sees the American artist co-curate his own career-spanning show, bringing many of his subversive and playful sculptures and paintings to the UK for the first time.

Artist and activist Keith Haring's graffiti- and pop art-inspired work (pictured above), which was a major part of the New York art scene in the 1980s and helped to define an era, is celebrated at Tate Liverpool from June.

Over summer, the National Portrait Gallery looks back over the career of photographer Cindy Sherman, exploring her fascination with façade and identity.

Icelandic-Danish artist Olafur Eliasson is back at Tate Modern in July – his glowing sun installation in 2003 was hugely popular with all ages.

And in September, Otobong Nkanga will finish her 2019 residency at Tate St Ives with an exhibition of drawings, installations, photographs and sculpture exploring our relationship with the land and natural resources. 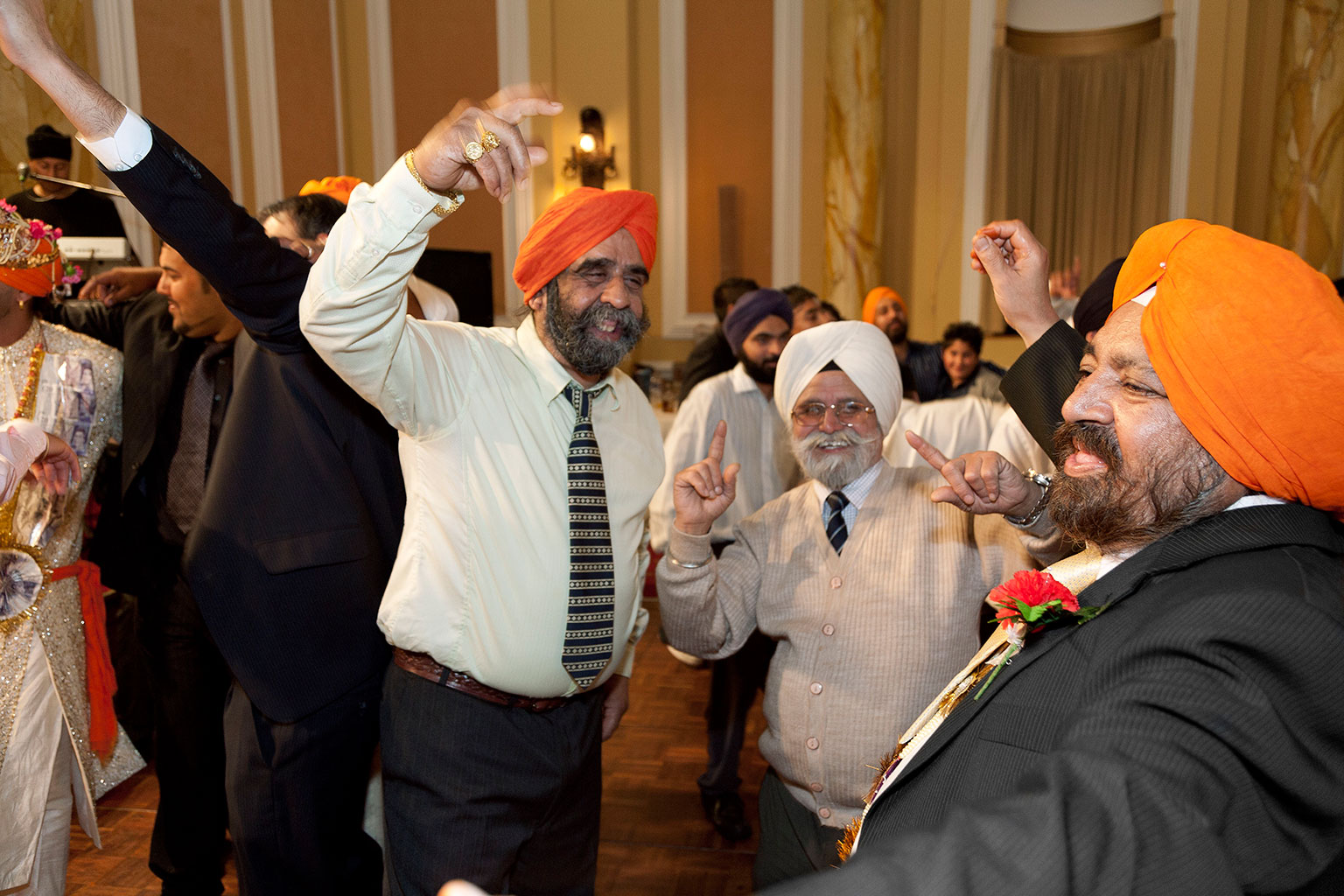 Iconic photographers are very much in the picture this year. Tate Britain presents a major retrospective of British photographer Don McCullin, including his often harrowing pictures of conflict and scenes from British life, from urban poverty to rural beauty.

The early career of Diane Arbus is explored at the Hayward Gallery, featuring many of her intimate portraits of 20th-century New York that have never been displayed in Europe before.

Bringing us right up to date at the National Portrait Gallery in March is an exhibition of Martin Parr's photographs of people from all over the world, including a special look at British identity in the wake of the EU referendum. (Above: Sikh wedding at City Hall, Cardiff, Wales, 2008 © Martin Parr / Magnum Photos / Rocket Gallery.)

And at Modern Art Oxford, for a slightly different take on the medium, Akram Zaatari: The Script presents the Lebanese artist's exploration of people's attitude to filming and photographing themselves. 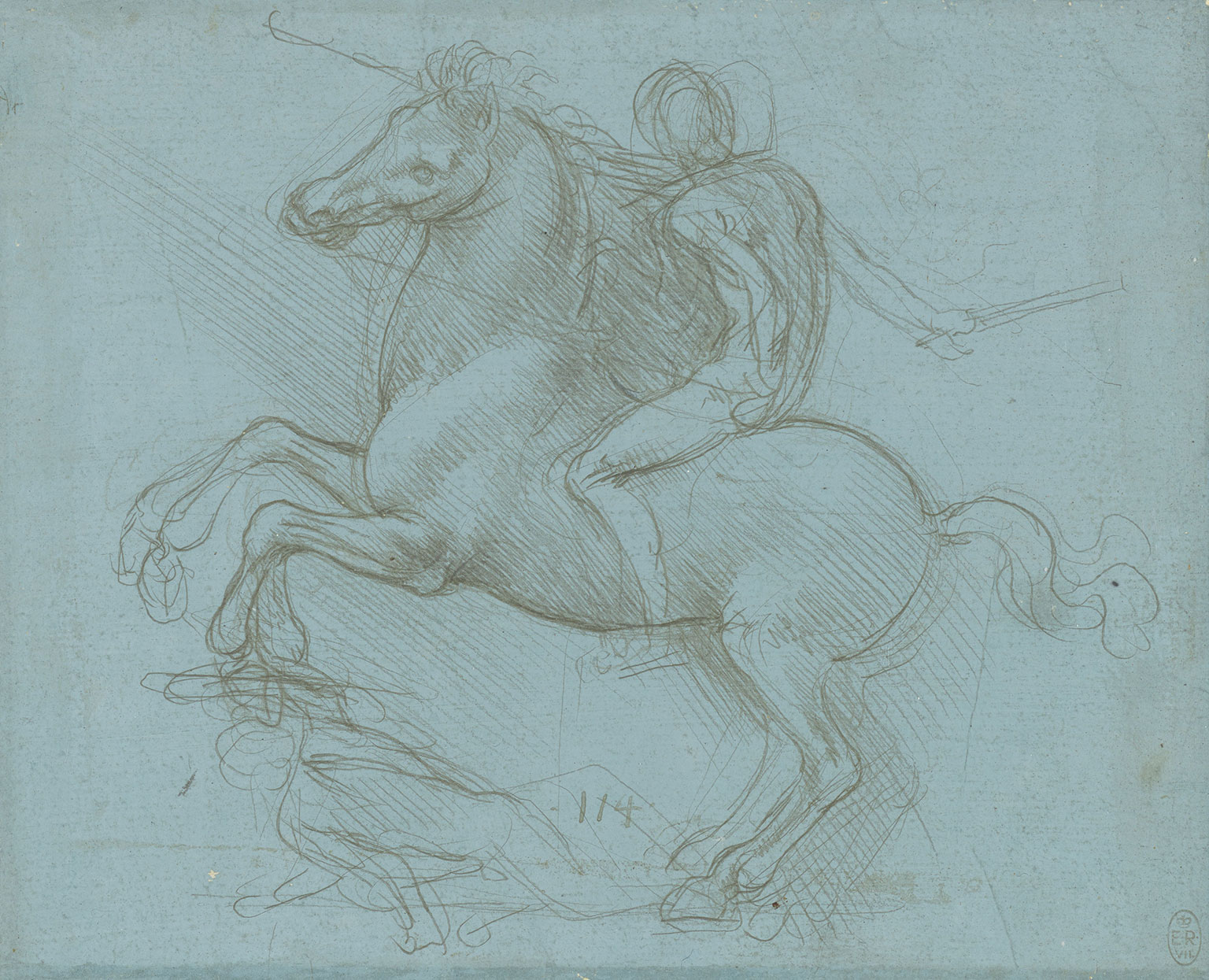 Leonardo da Vinci, A design for an equestrian monument, c1485-8

Wherever you are in the UK, you won’t be many miles from the work of one of the greatest minds in history. To mark the 500th anniversary of the death of Leonardo da Vinci (above), 12 exhibitions of his drawings are taking place simultaneously across the UK.

In total, 144 drawings will be on display, illuminating the full breadth of Da Vinci's talents, including his ideas for painting, sculpture, architecture, music, anatomy, engineering, cartography, geology and botany. Here's where to see them.

In March the Royal Academy presents The Renaissance Nude (offering a special 50% off entry for visitors with a National Art Pass). The exhibition examines the genre at a pivotal moment in its history through the work of Titian, Michelangelo, Raphael and many more.

Later in the year, Dulwich Picture Gallery marks the 350th anniversary of the death of another master – Rembrandt – in Rembrandt’s Light, an exhibition promising to be both innovative and immersive. 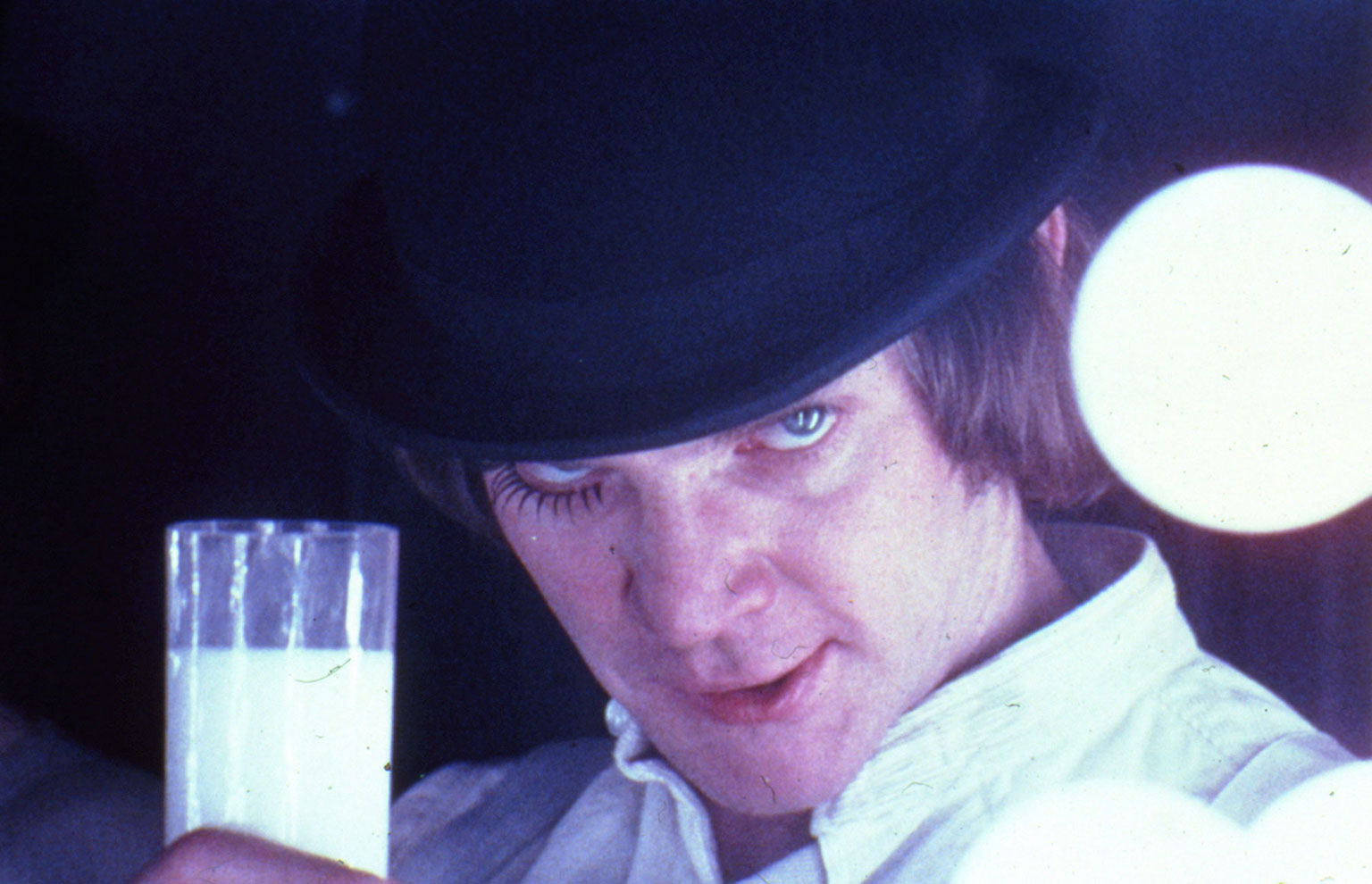 Meet your robotic siblings in an interactive exhibition tracing our 500-year obsession with making machines human. Originally created by the Science Museum, the Robots exhibition reboots at the National Museum of Scotland.

Exciting news for Stanley Kubrick fans – from April, the Design Museum presents a major exhibition about the iconic filmmaker (A Clockwork Orange pictured above), looking in particular at his unique relationship with Britain.

Gamers will want to head to V&A Dundee for Videogames: Design/Play/Disrupt, an exhibition about the design and social power of video games since the mid-2000s – with plenty of opportunities to get interactive with the exhibits.

And for an artistic take on the impact of technology on our lives and culture, visit Tate Modern in the autumn for a retrospective of the video pioneer Nam June Paik, whose experimental and playful work proved to be visionary.

Van Gogh and the modern masters

Don’t miss the opportunity to see Van Gogh and Britain at Tate Britain. Many of Vincent van Gogh's most famous paintings will be on display, and you can discover how the master both inspired and was inspired by British artists.

Also in the first quarter of the year, Tate Modern presents a retrospective of the boundary-pushing Surrealist work of Dorothea Tanning (above).

Meanwhile, an exhibition of Alfred Munnings' career-launching paintings as a war artist moves from the National Army Museum to the artist’s former home in Essex.

In May, the Barbican shines a light on a pioneer of abstract impressionism, Lee Krasner, while at the Holburne Museum, many rarely seen works by French artist Edouard Vuillard are drawn together from private collections, exploring his emotionally charged and intimate interior scenes.

Vuillard and his circle were heavily influenced by Paul Gauguin, and in the autumn the National Gallery presents a unique exhibition of the French post-Impressionist’s portraits, tracing his development from Impressionism to Symbolism. 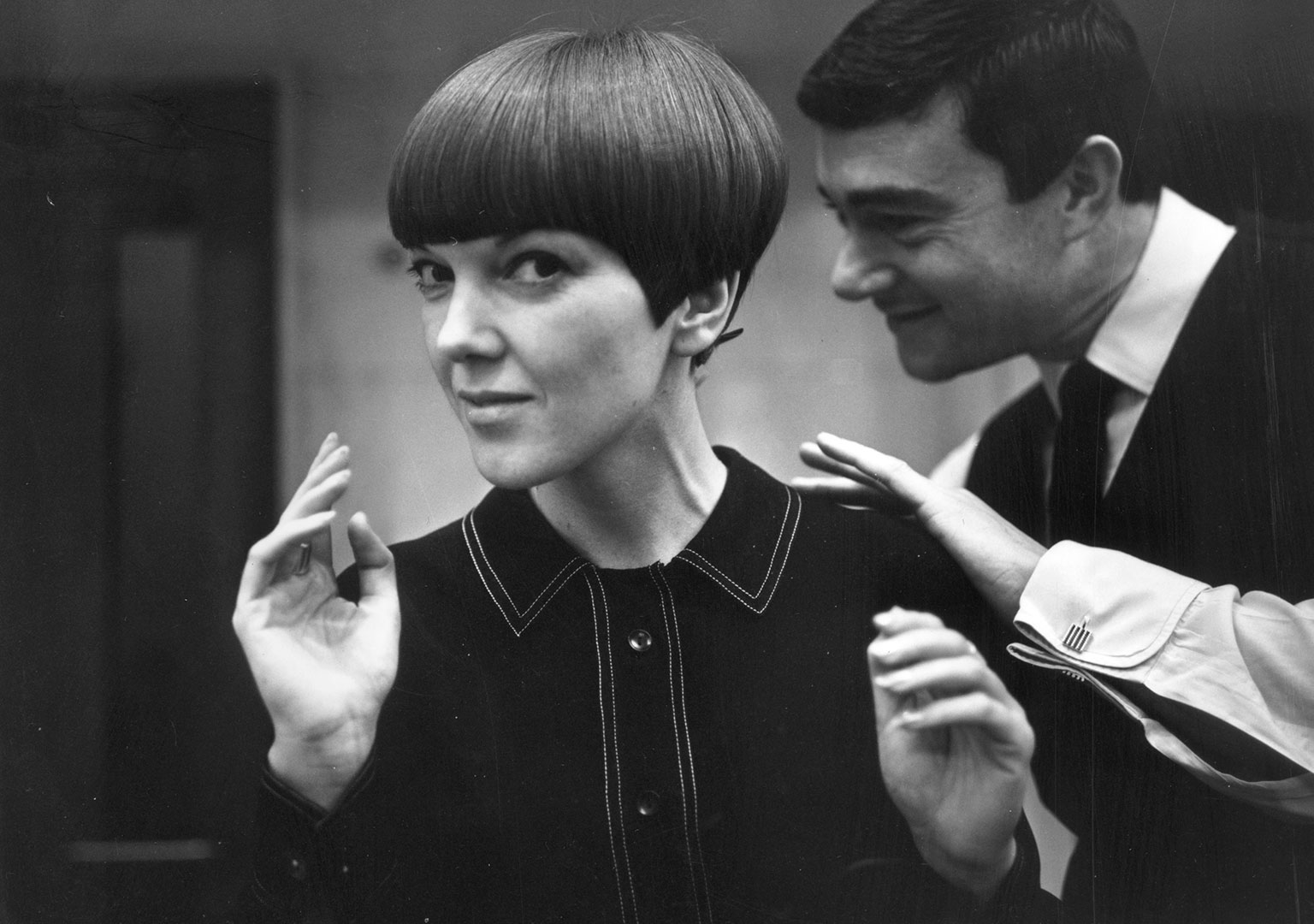 The V&A in London offers blockbuster shows of two pioneers of fashion. Christian Dior: Designer of Dreams looks at the legacy of one of the 20th century's most influential couturiers, while in April the Mary Quant exhibition (above) explores how the designer made fashion fun for the Mod generation.

Mods themselves take centre stage at New Walk Museum and Art Gallery, in an exhibition which reveals how the scene developed in the East Midlands, while the Fashion and Textile Museum explores the whole heady time from 1952-77 in Swinging London, examining everything from furniture to the era’s socio-economic importance.

The gorgeous Art Nouveau designs of Charles Rennie Mackintosh and the Glasgow Style are celebrated at the Walker Art Gallery from March with a full spectrum of objects on display, including stained glass, mosaic and metalwork.

Meanwhile, the Design Museum takes things outside with a show about the work of architect David Adjaye, and asks how buildings can be used to tell stories.

Phyllida Barlow takes over the new gallery space at the Royal Academy with her challenging and vibrant large-scale structures – visitors with a National Art Pass can enjoy a special 50% off entry.

At the Wallace Collection from March, a groundbreaking exhibition reveals Henry Moore's fascination with armour, examining how it inspired his renowned series of Helmet Heads.

Then, for a riot of internationally renowned sculpture over the summer, head to Leeds and Wakefield. The first ever Yorkshire Sculpture International festival takes place across the Henry Moore Institute, Leeds Art Gallery, The Hepworth Wakefield and Yorkshire Sculpture Park, and features major new works in city centre locations.

The festival celebrates the area’s history as the birthplace of pioneering sculptors such as Barbara Hepworth and presents work by many leading international artists including Tau Lewis, David Smith and Nobuko Tsuchiya.

Looking for inspiration? From top fives to insiders' guides, discover more to see and do with a National Art Pass.