An interview with Ed Ruscha

Ahead of his exhibition at the National Gallery, Ed Ruscha talks to Art Quarterly assistant editor Anna McNay about his work and the influence of American landscape painter Thomas Cole. 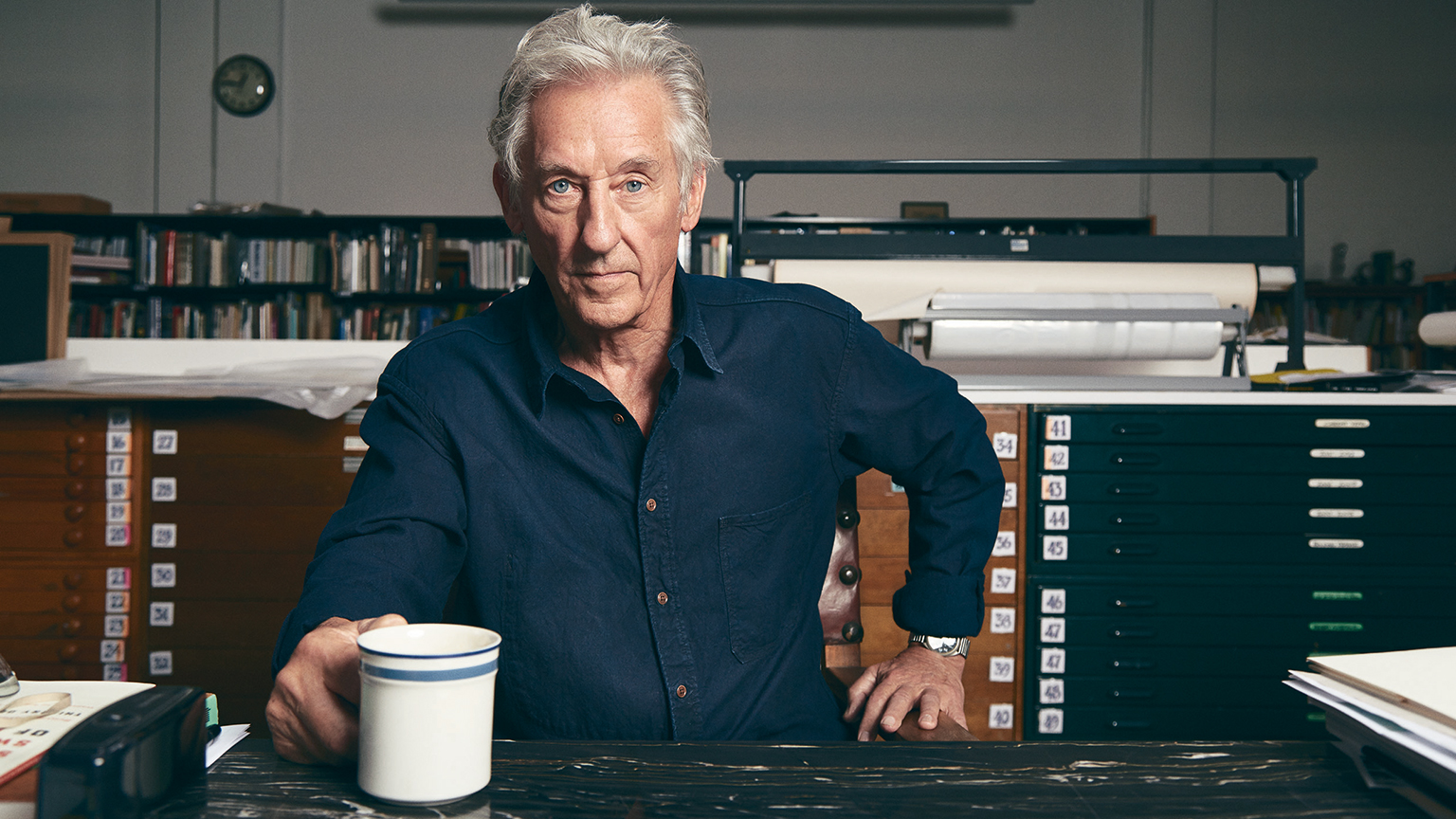 Many great writers and thinkers of the world have addressed the question of the rise and fall of civilisation, but Thomas Cole seems to be the only visual artist who has grappled with the subject. In my view, his five paintings,The Course of Empire, 1833-36, really, solidly address the question of the passage of time.

I stumbled upon them at the New-York Historical Society several years ago and they more or less dovetailed with some of my own – very 21st-century – ways of thinking. For example, there’s a castle with a moat in one of his pictures and everything is really lively and there’s jousting going on. Then, in the next scene, it’s destitute and the castle is really decrepit and falling apart. The message of these paintings is profound to me.

In 1992, I made a series of black-and-white paintings of industrial buildings, anonymously American in their origins, called Blue Collar. I don’t know when I first remember making a stab at doing an update of those images, but that’s the way the new series, Course of Empire, came to be. When I was invited to the Venice Biennale in 2005, I put this notion together and did more or less what I call ‘answer paintings’ to the original five.

There's a similarity between mine and Cole's paintings

I began right away to see the similarity between mine and Cole’s paintings. They have similar sentiments. He was totally against manifest destiny and development and I share a lot of those ideas. But I’m always reminded of the vast chasm of change between his time and my time, and if you could put music to our works, his might be very religious music, whereas mine might be jazz.

Cole, of course, painted in nature. He was a spokesman for what became the Hudson River School of painters, who would go outside, view nature, and then make art from it. That’s totally different from the way I work. I don’t go out into nature and, if I do include nature, it’s usually an idea about nature, rather than nature itself.

My work is a response to travelling around industrial parks and seeing the other side of life, rather than the sweet little neighbourhoods of America. My art involves basic shapes and boxes, which, to me, are really architecture today. They have a beauty to them, these factories and industrial buildings. I’m painting them because I’m attracted to them, but there’s a suggestion of the darker side of life, too.

I see my work as an exploration of a subject and my answer to that subject might be cynical, I might be showing the bad side of the passage of time, but not definitely so. It’s always in the eye of the beholder. I’m just saying that there is time between things and I’m illustrating those two things. I think that’s what Cole did, too.

In Course of Empire, each pair of paintings is explicitly staged so that they almost measure out the same, except that the new paintings are in colour. In the National Gallery, the room I’ve been given is not large enough to show the paintings side by side, so I’m going to stack them one above the other. The black-and-white paintings will be above and the colour paintings will be below. We’re going to do it in a salon style, tipping the black-and-white paintings away from the upper wall so that they hang like in an old hunting lodge. It’s going to add a new dimension to the work. You can get some mileage out of the way you rearrange the same group of works.

The subject of change and the passage of time has increasingly become a part of my work. In 1960, I photographed a wound on my wrist and then, in 2012, I photographed it again, just to see the difference over that period of time. Twenty-five years ago, I painted a picture of the American flag. It was flying against a light blue background – so happy times, you know. Now, I’ve just recently finished a painting of an American flag that is in complete tatters, falling apart, like it’s exploded and burnt, with a black background.

I don’t know, really, what I’m saying, but maybe it’s something about the folly of human nature. I mean, are we at the end of our Rome, or what? Civilisations come and go. They always have, and we can’t be as pompous as to think otherwise.

This interview was originally published in the summer 2018 issue of Art Quarterly, the magazine of Art Fund.