Magnificent Roman helmet to go on display at Tullie House

The Crosby Garrett helmet, a rare Roman cavalry helmet with a beautiful face mask, will go on display at Tullie House in Carlisle this Friday supported by the Art Fund. 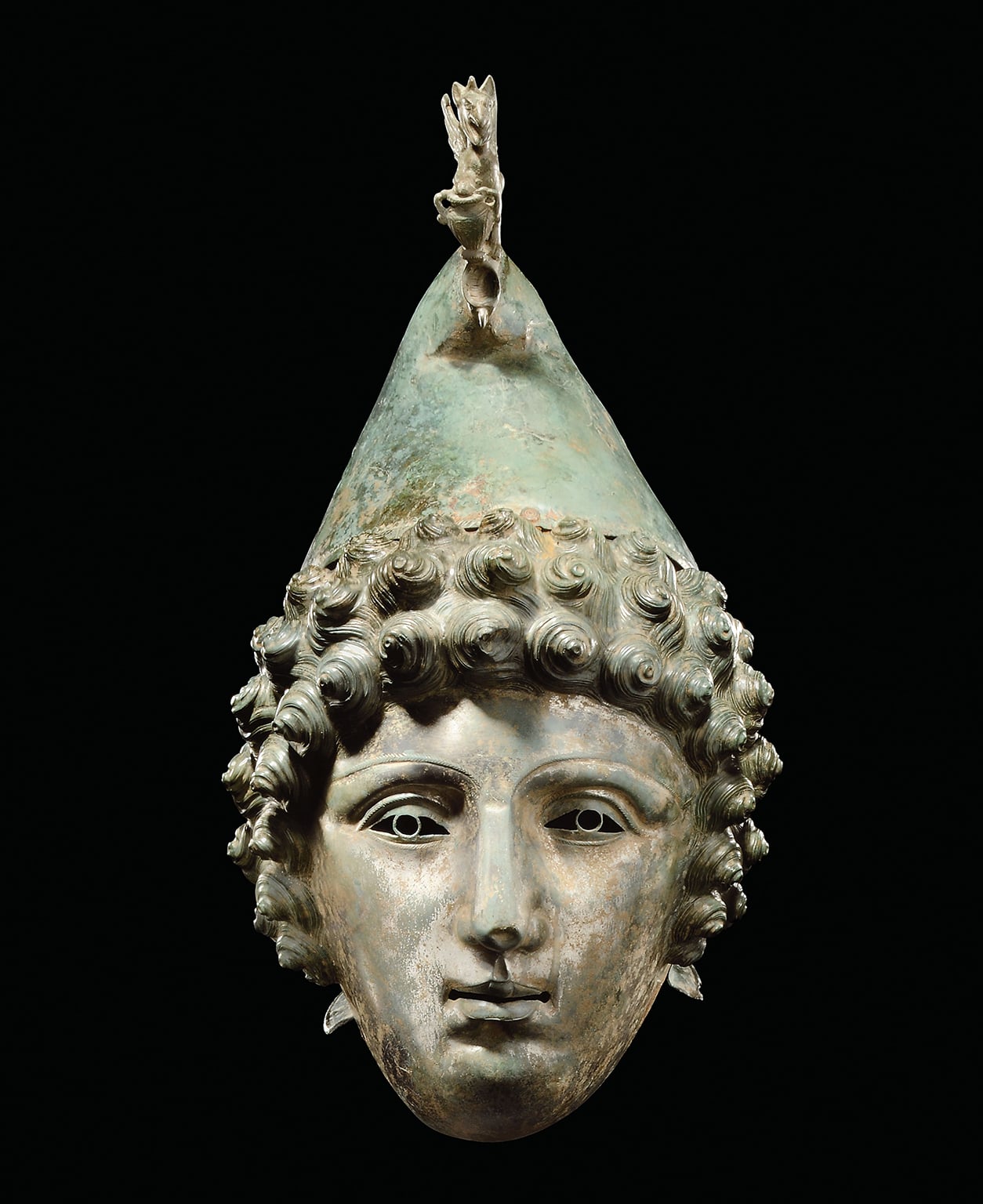 The ceremonial parade helmet was discovered in 2010 by a metal detectorist in Crosby Garrett, a hamlet near Penrith. Crafted from bronze, it is thought to be one of the great masterpieces of Roman metalwork.

The helmet, which dates from the late first to third century AD, shows a young male face framed by curled hair, wearing a high-peaked cap with a griffin decoration. It is one of only three such helmets found in Britain, and is by far the most complete and elaborate.

The helmet will go on display at Tullie House, Carlisle, on Friday 1 November thanks to support from the Art Fund, remaining on show near the museum's Roman Frontier Gallery until 26 January 2014. It will then travel to London, where it will be exhibited at the British Museum alongside the similar Ribchester Helmet from 3 February to 27 April.

Hilary Wade, Director of Tullie House Museum, said: "The helmet is one of the most extraordinary objects from the Roman period in Britain. It was made for splendid sporting events rather than battle and shows what a spectacular impression the cavalry would have made.

"The helmet will complement our Roman collections and will add to visitors’ appreciation of the Roman presence in this region."