The artist talks about his new work commissioned by 14-18 NOW and Turner Contemporary. 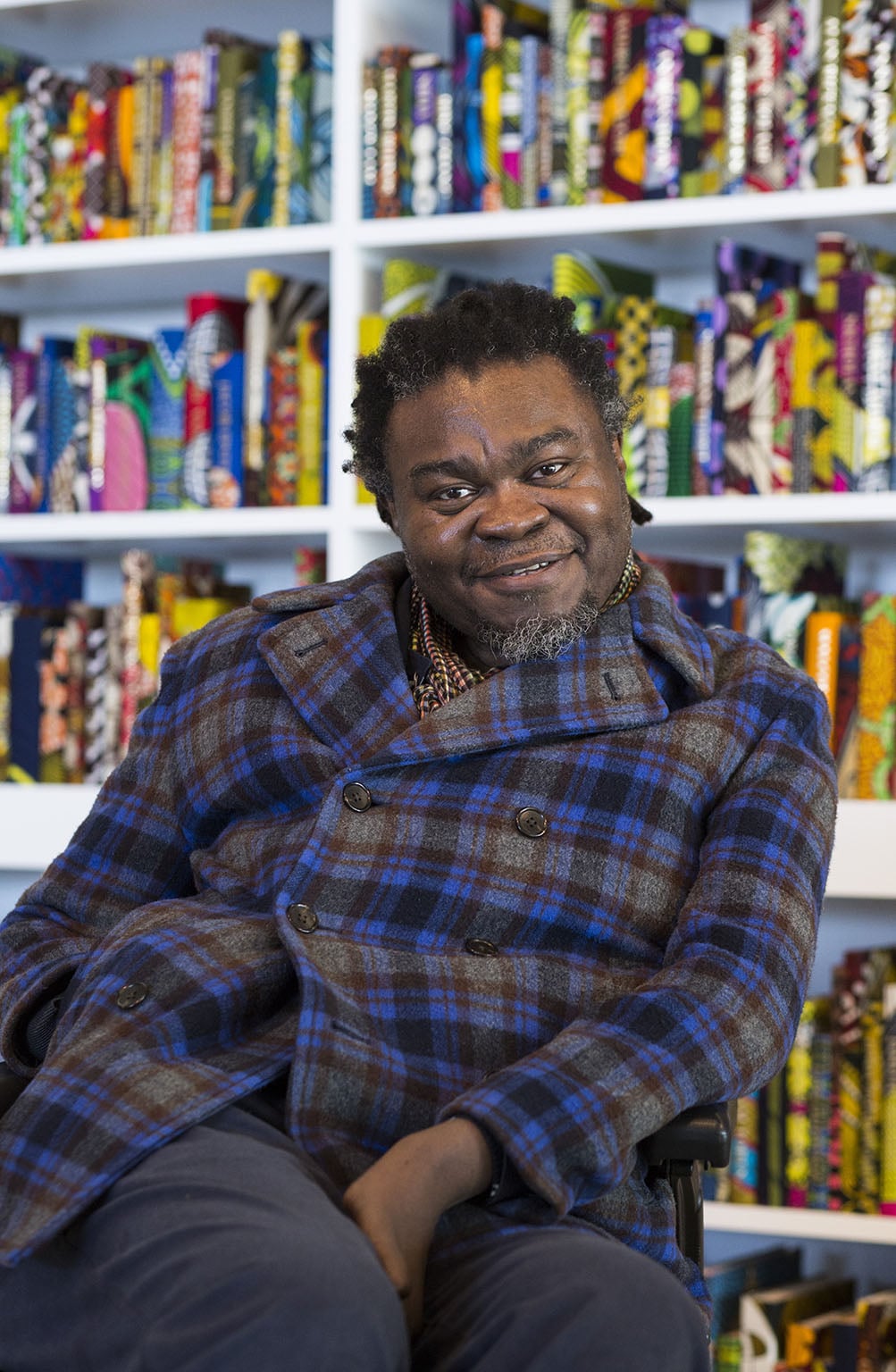 Yinka Shonibare MBE in front of his work The British Library, John Phillips/Getty Images for 14-18 NOW

Tell us about your new commission at Turner Contemporary, commemorating the centenary of the First World War

The scale of the war was enormous and its impact on individual families in this country and throughout the colonies is unimaginable. A mere mortal like myself surely could not take on such an issue. I felt very scared, how do you take on such a subject? It’s impossible.

So I decided to go for a more reflective approach, to try and do something that is poetic and not divisive, because conflicts tend to be divisive. I wanted to create something that would make people reflect and think, it’s not necessarily about taking sides. The scale of death involved is absolutely incomprehensible. Unfortunately we continue to repeat the same things, we fail to learn over and over again. I just wish we would at least try and learn from history. I mean artists are not politicians, artists are simply trying to engage people’s senses in different ways, and hope that people might consider something new when they see this work.

The new commission is about the relationship between opposing sides. Sometimes you lose, sometimes you win. As an artist this is my own way of trying to think about the process of dialogue, and how the weight is constantly shifting from one side to the other. But of course I want to produce beauty, which may then have a dark arc to it. That was my immediate response to this commission.

Your trademark batik fabric is used here, why is it so significant?

We understand that the war is essentially about power and colonisation. In all of these transactions and trades there are real human beings involved, and their lives are changed beyond recognition. These textiles are Indonesian-influenced fabrics that were brought by the Dutch (Indonesia was a colony at the time) and then sold on to the West African market. West African soldiers actually took those fabrics back home themselves, and now they are known as 'African' textiles. They are a metaphor for the trade routes and identity creation that were a consequence of these complex relations.

You see the two globe heads on these figures [riding the see-saw], they mark the two territories of the alliances. It’s a battle between the two but here it’s opened-ended, as an artist you need to leave room for subjective reading as opposed to being reductive.

How does The British Library installation fit alongside this new work?

They’re not very different subjects to be honest. The First World War created a lot of refugees and it was terrible. Today we have so many Syrian refugees, an issue that’s on a global scale. The British spirit of aiding refugees during both World Wars is something that everyone should be proud of, and by contrast the very ugly response now is something for which we should all be deeply ashamed. I think that its very important to remind people that actually earlier generations did not react this way. They were kind, we need to learn from that. I’m very please that this work is being shown at this particular time. When The British Library was first shown at Brighton Festival the refugee crisis hadn’t become as urgent as it is now. But remember, I’m not a politician, I am an artist.

End of Empire and The British Library are on display at Turner Contemporary until 30 October.