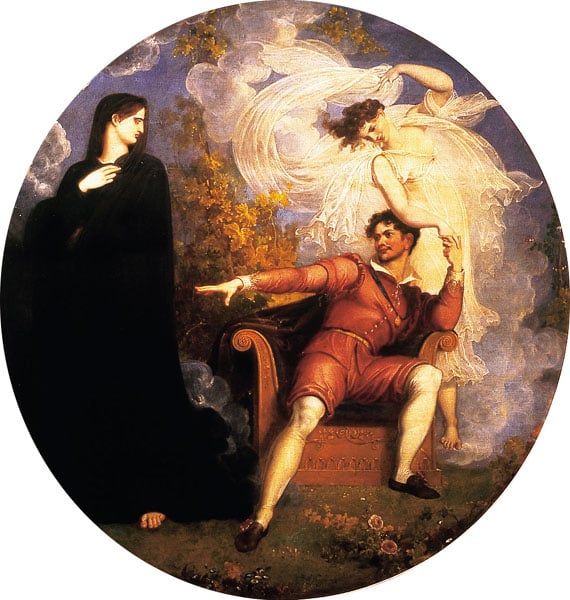 © by kind permission of the Shakespeare Birthplace Trust

William Shakespeare Between Tragedy and Comedy

Shakespeare is depicted sitting on a chair holding the hand of Comedy who is dressed in white floating robes and stands behind him.

He points to Tragedy who wears a black cloak and seems to be walking away.

William Shakespeare Between Tragedy and Comedy 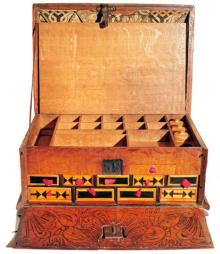 William Shakespeare Between Tragedy and Comedy by Richard Westall is on display in Shakespeare's Family Homes. Painted in 1825 in the Neoclassical style, it portrays the playwright at the centre of a dynamic struggle between the black-clad severity of Tragedy and the softer appeal of Comedy.

A late 16th-century medical box, also at Shakespeare's Family Homes, reflects the craftsmanship of the period. The lid and sides are patterned in parquetry, and the silk braid hinges are still intact.