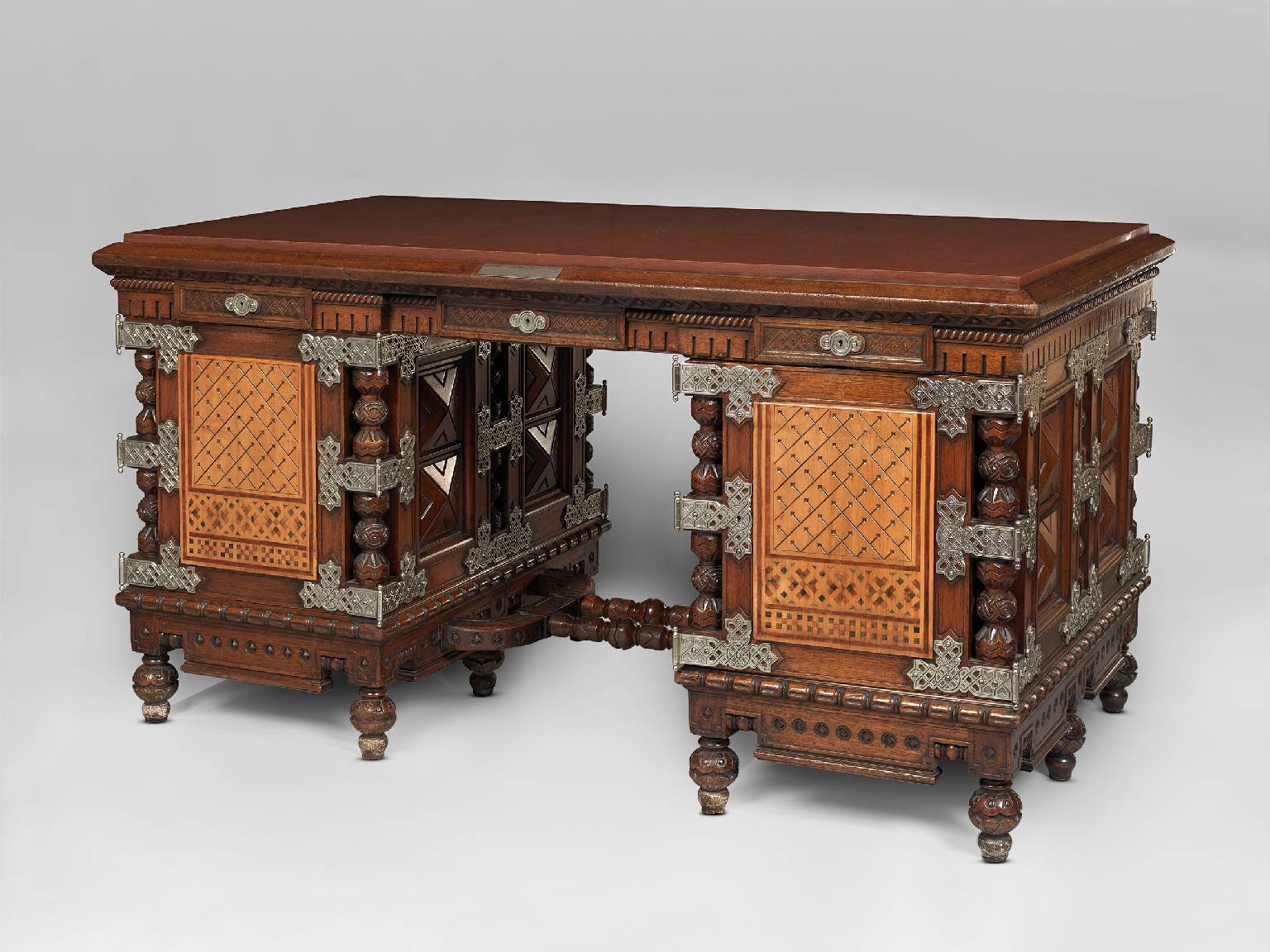 The Russian architect Ippolit Monighetti is believed to have designed this desk, given as a gift from Grand Duke Vladimir Alexandrovich, son of Emperor Alexander II of Russia, to Lt Col Arthur Ellis, of the Grenadier Guards at Queen Victoria’s court.

Monighetti, of Italian-Swiss descent, was born in Moscow, where he later studied at the Stroganov Art Academy. In 1839, he graduated with a gold medal from the Imperial Academy of Arts in St Petersburg.

Travels in Italy and Egypt in the 1840s inspired Monighetti’s interest in revivalist and folk architecture. He undertook commissions for the Imperial family from a young age, designing villas and refurbishing palaces for Tsar Nicholas I, Alexander II and their relatives.

The desk is a bold example of the Russian Revival style, with nickel-plated metalwork inspired by 17th-century designs and plait motifs drawn from folk art sources on the doors and back panels. The attribution is based on a watercolour of an almost identical desk signed by Monighetti, held in the Russian State Historical Archive.

The design bears the workshop stamp of the cabinetmaker Hermann Büchtger. Russian pieces of this date and quality are rare outside their country of origin, making this desk a significant addition to the V&A’s strong holdings of 19th-century furniture.