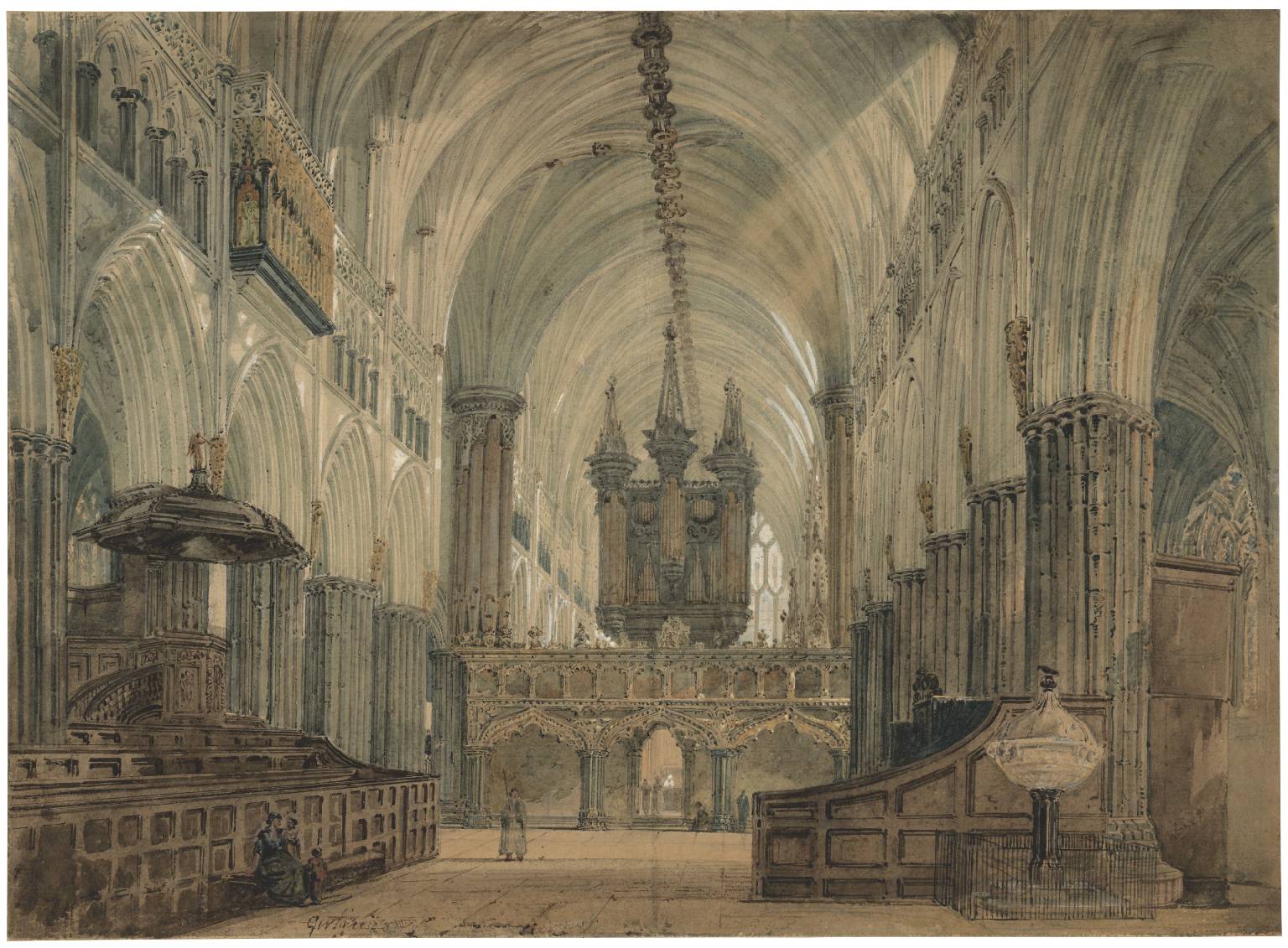 The interior of Exeter Cathedral

Thomas Girtin, best known for his picturesque watercolours of the English countryside, was equally adept at architectural studies.

This interior of Exeter Cathedral demonstrates his extraordinary skill in such work.

Girtin was born in the same year as JMW Turner, and trained alongside his contemporary at Dr Monro’s academy in London. In the mid-1790s he began making tours of Britain to make sketches for his paintings.

In 1797 he travelled to the South West, beginning his tour in Weymouth and concluding in Plymouth. Along the way he made sketches of scenic views and landmarks, including this watercolour of Exeter Cathedral.

The painting illustrates Girtin’s fascination with Gothic architecture, together with his gift for capturing the details and atmosphere of the interior. Major changes to the cathedral were undertaken in 1810-30, making the picture an important record of its previous state.

The Interior of Exeter Cathedral was exhibited at the Royal Academy in 1798, just four years before Girtin’s untimely death at the age of 27. It was bought by the antiquary James Moore and remained in the same family until 1916. It now join’s RAMM’s strong holdings of 18th-century pictures, which include Girtin’s watercolour Exeter from Trew’s Weir.

Provenance - James Moore, and by descent to The Moore-Miller Collection; Christie's, London, 25 February 1916, lot 65 (20 gns to Leggatt).Sir Geoffrey Harmsworth, on display in the offices of the Western Morning News, Plymouth.Purchased by vendor at

Watercolourpencil and watercolour heightened with touches of bodycolour on buff paper