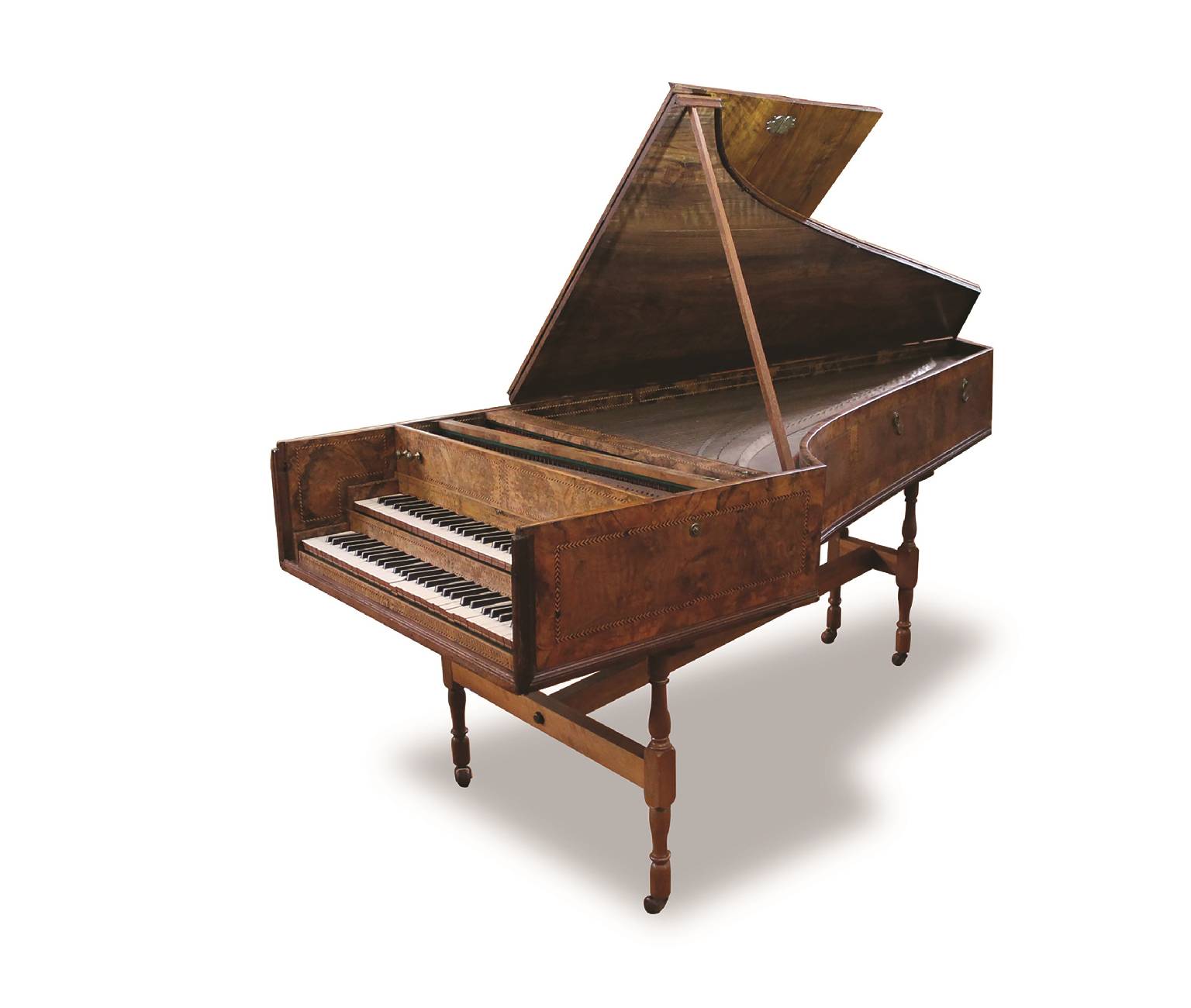 This extremely rare instrument is one of only two surviving British harpsichords made between the years 1730 and 1739.

Both examples were made by Joseph Mahoon, and this is the only double-manual instrument, making it unique.

Mahoon was born in Exeter and may have been apprenticed to the London harpsichord maker Benjamin Slade. In 1729, he was appointed ‘Harpsichord Maker to his Majestie’ George II.

Instruments made by Mahoon were high-value luxury items, as can be seen from the inclusion of a Mahoon harpsichord by the maker in William Hogarth’s satirical series The Rake’s Progress (1735).

Mahoon made this particular harpsichord in London in 1738. Although there are numerous harpsichords surviving from the later 18th century, this example is of outstanding significance in providing information about how early 18th-century music might have sounded.

The artist Thomas Gainsborough (1727-88) had a great passion for music and is known to have owned a harpsichord. Among the new features in the project to restore and re-present Gainsborough’s House, his Suffolk birthplace, is a room exploring the artist’s musical interests (due to open in 2021). On show will be Gainsborough’s portrait of the composer Charles Ignatius Sancho (1768), loans of his portraits of composers Johann Christian Bach (1776) and Karl Friedrich Abel (1765), displays of sheet music and Gainsborough’s letters to musical friends.

The centrepiece of the room will be Mahoon’s double-manual harpsichord, now saved for the nation after the granting of an export licence was deferred by the government and the funds were raised for its purchase.