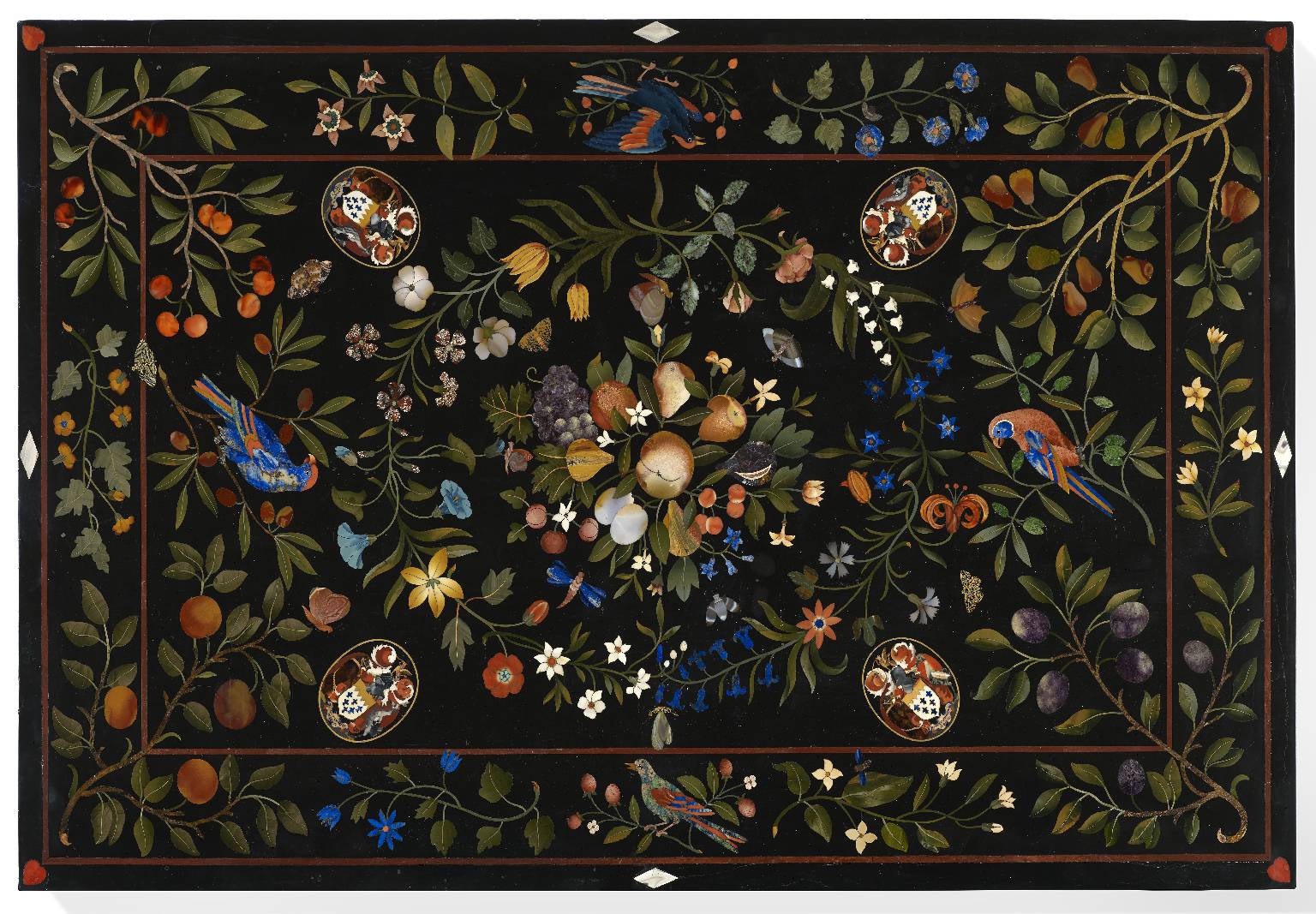 This magnificent example of the Italian decorative art known as pietre dure – an inlay technique using highly polished coloured stones – has unique connections to a prominent Norfolk family of the 17th century.

The Pastons of Oxnead were wealthy and powerful courtiers of the Tudor and Jacobean periods. In the 1630s, Sir William Paston took a two-year journey to Italy and further afield to Egypt and the Holy Land. During his travels he acquired a dazzling collection of art and decorative objects running to some several hundred items, this tabletop among them. By 1732, the Pastons were bankrupt and the collection had been dispersed.

An account of Paston’s stay in Florence in 1638 records a visit to the pietre dure workshop under the patronage of Grand Duke Ferdinando II. Among the most important and prolific Florentine artists patronised by the grand dukes was Jacopo Ligozzi, whose designs for pietre dure panels incorporating flowers, fruit and birds were greatly admired. The distinctive style of Paston’s tabletop suggests it is based on one of Ligozzi’s designs andmay have been acquired on that workshop visit.

In addition to its exquisite decoration of birds, fruit and plants, the design is unique in incorporating the Paston arms in each corner of the main panel (it’s likely these were added to an existing tabletop). This makes it an extremely rare, if not unprecedented, example of an English link to the Florentine grand ducal workshops.

The tabletop was recently rediscovered during a joint research project by Norwich Castle Museum and the Yale Center for British Art. It now joins the museum’s holdings as a monument to the Paston family’s lost collection, as well as a significant work of decorative art in its own right.