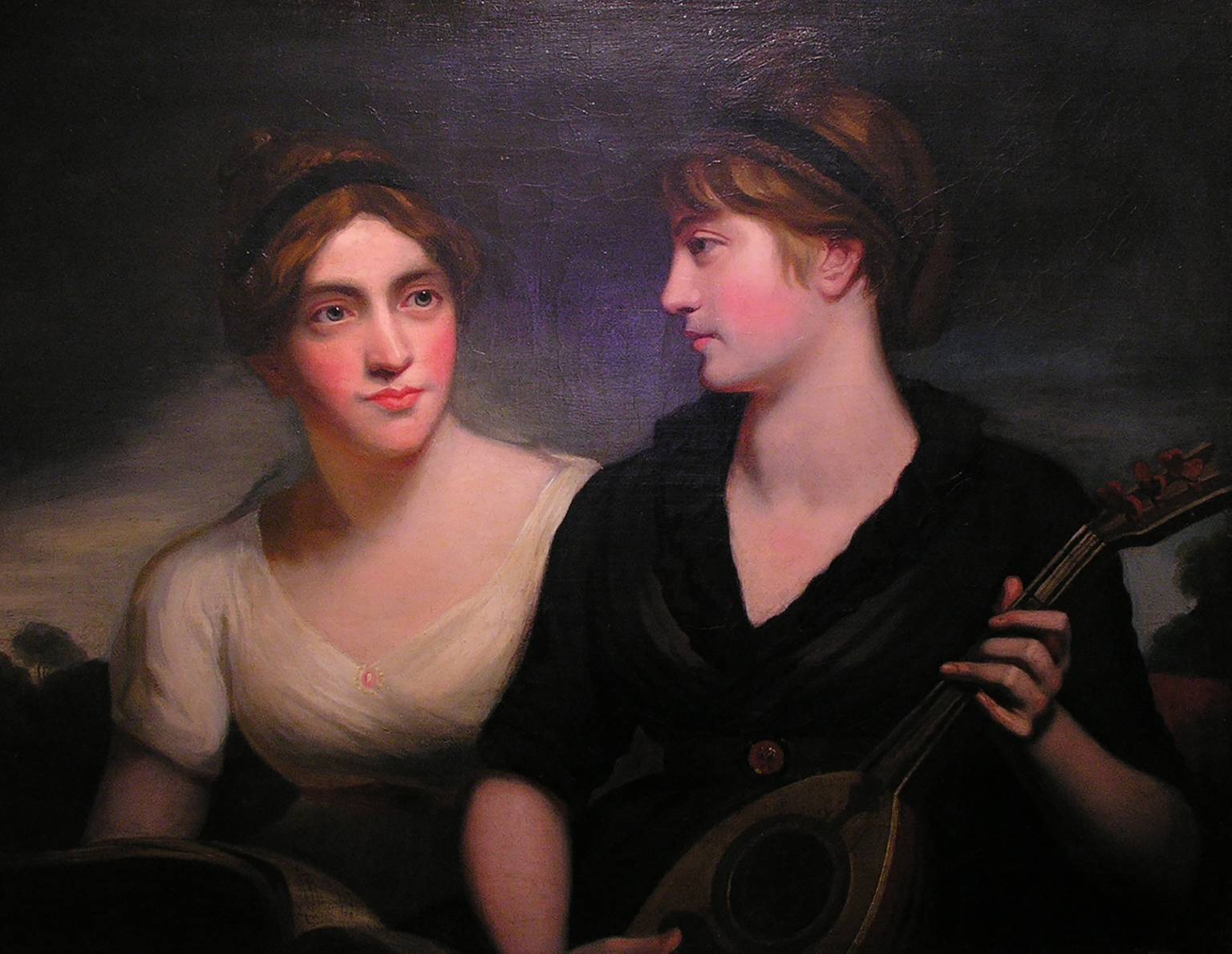 John Opie painted this unusual double portrait of his wife, Amelia, in 1798, the year of their marriage.

The portrait pays tribute to Amelia’s talents as both a writer and musician, showing her face-on, with a book open in her hands, on one side, and in profile, on the other side, holding a mandolin.

Opie grew up in Cornwall, where he was heralded as a child prodigy for his precocious talent for drawing. He then moved to London in 1781, and it didn’t take long for him to establish himself as a leading society portrait painter. As a result of his efforts, he was elected to the Royal Academy in 1788.

Amelia Alderson was born in Norwich in 1769, the only child of a physician and his wife. She wrote poetry and plays from a young age. She published her first novel, Father and Daughter, in 1801, three years after her marriage to Opie.

From this time she began to publish regularly, and her interest in the campaign against slavery was evident in her work from an early stage. After Opie’s death in 1807 she wrote his biography, and played an active role in the campaign for the abolition of slavery until her own death in Norwich in 1853.

Amelia Opie remains an important historical figure in Norwich, where she is commemorated with a street name and a statue. The Castle Museum holds a marble bust of her by Pierre-Jean David d’Angers dating from 1836. This important portrait of the young Amelia now joins it there.

By descent until sold at Sotheby&rsq