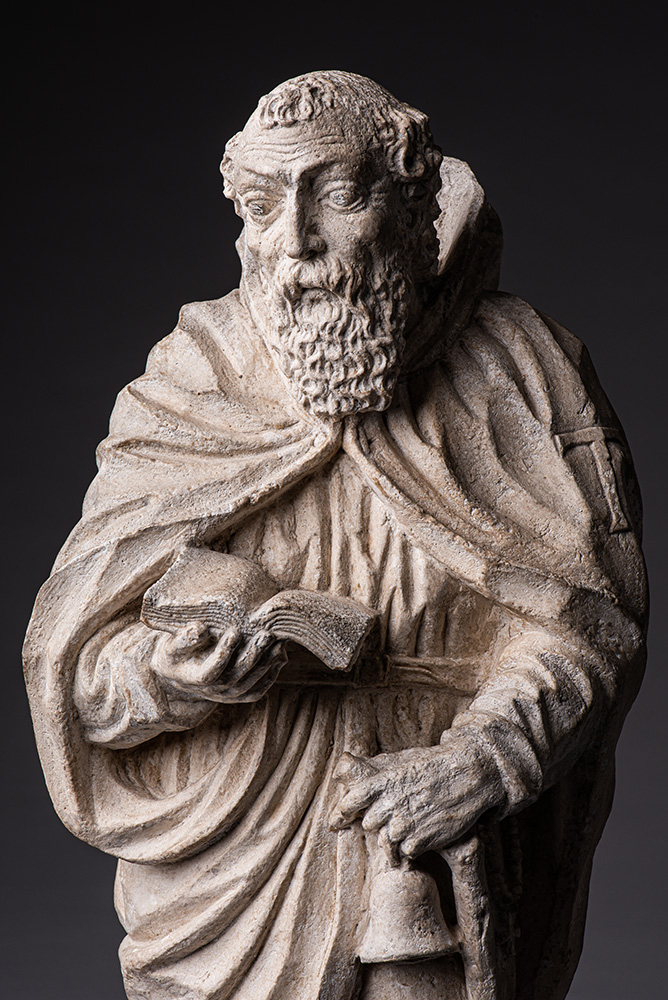 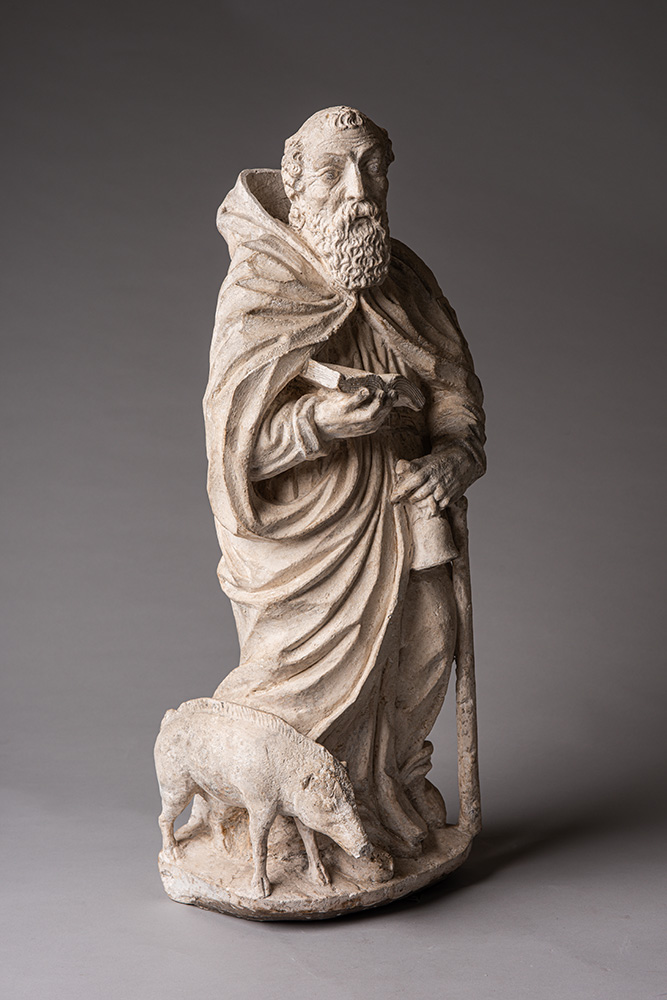 A French statue of St Anthony

This carved limestone statue of St Anthony was produced in northern France towards the end of the 15th century.

The bearded saint is shown dressed in a hooded cloak. A T-shaped cross – known as a tau cross – is seen on the left- hand side of his cloak. The figure is elderly, with a wizened face and veined nose, his eyes directed at an open book in his right hand. In his left hand he holds a rough wooden staff, while a bell hangs from his finger. His habit is tied with a buckled belt rather than the usual knotted rope.

St Anthony was a popular saint in the Middle Ages and his relics were thought to have powerful curative properties, especially for skin diseases. Members of the Hospital Brothers of St Anthony – close to the church in France where his relics were housed – wore a black habit, distinguishable from the Benedictines by its blue tau cross, also known as St Anthony’s cross.

The original provenance of this statue is not known, but it has a roughly chiselled reverse, suggesting it may have stood in a niche or been part of a larger figurative scene. The detailed carving reflects the late-Gothic shift to a more realistic depiction of such figures. Iconographic elements in the statue include a pig at the saint’s feet, a symbol of St Anthony’s work as a swineherd in his youth.

Former owners based near Rouen, France; acquired in 2015 Mullany Fine Art. An Art Loss Register certificate has been received.