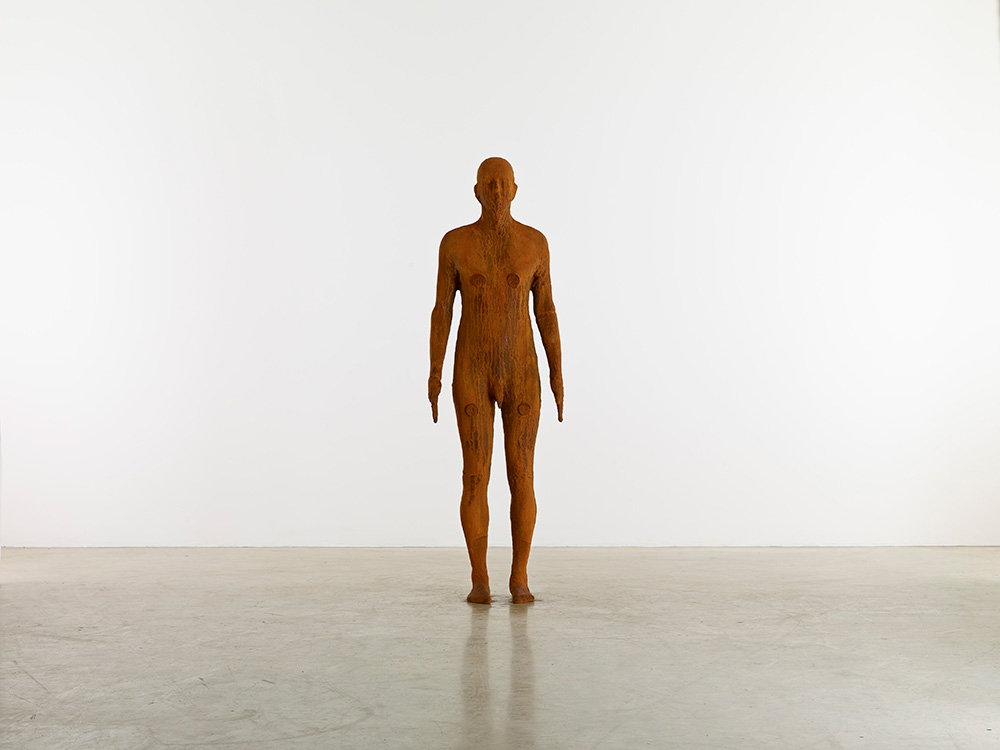 Another Time XIX is a life-sized figure cast in iron from a plaster mould taken directly from the body of Antony Gormley.

Although it is intended to represent the universal human condition, the work can arguably be described as a self-portrait.

Another Time XIX is just one of 100 sculptures – or ‘bodyforms’, as Gormley calls them – which comprise the series Another Time. All the figures are cast from 17 different moulds made from Gormley’s body between 19 May and 10 July 1995, with each of the poses representing a different moment in the breathing cycle. Some of the poses are alert, while others are more relaxed, with the hands cupped and the chest deflated.

Another Time XIX comes from Gormley’s final pose in the series and is one of an edition of five. Each figure later develops its own patina, making all of them unique. This example has a rich orange-gold rust, with a pattern of striations made by placing the figure in the rain.

Gormley studied at Central School of Art and Design, Goldsmiths and the Slade in London. He is best known for his large-scale sculpture The Angel of the North (1998) in Gateshead, and for Another Place (1997), a permanent outdoor installation on Crosby Beach, Merseyside. The figures in Another Place and Another Time are all based on the same casting sessions from 1995.

As part of the National Portrait Gallery collection, Another Time XIX can be seen as a likeness of a major figure in British art, while at the same time challenging traditional notions of self-portraiture.