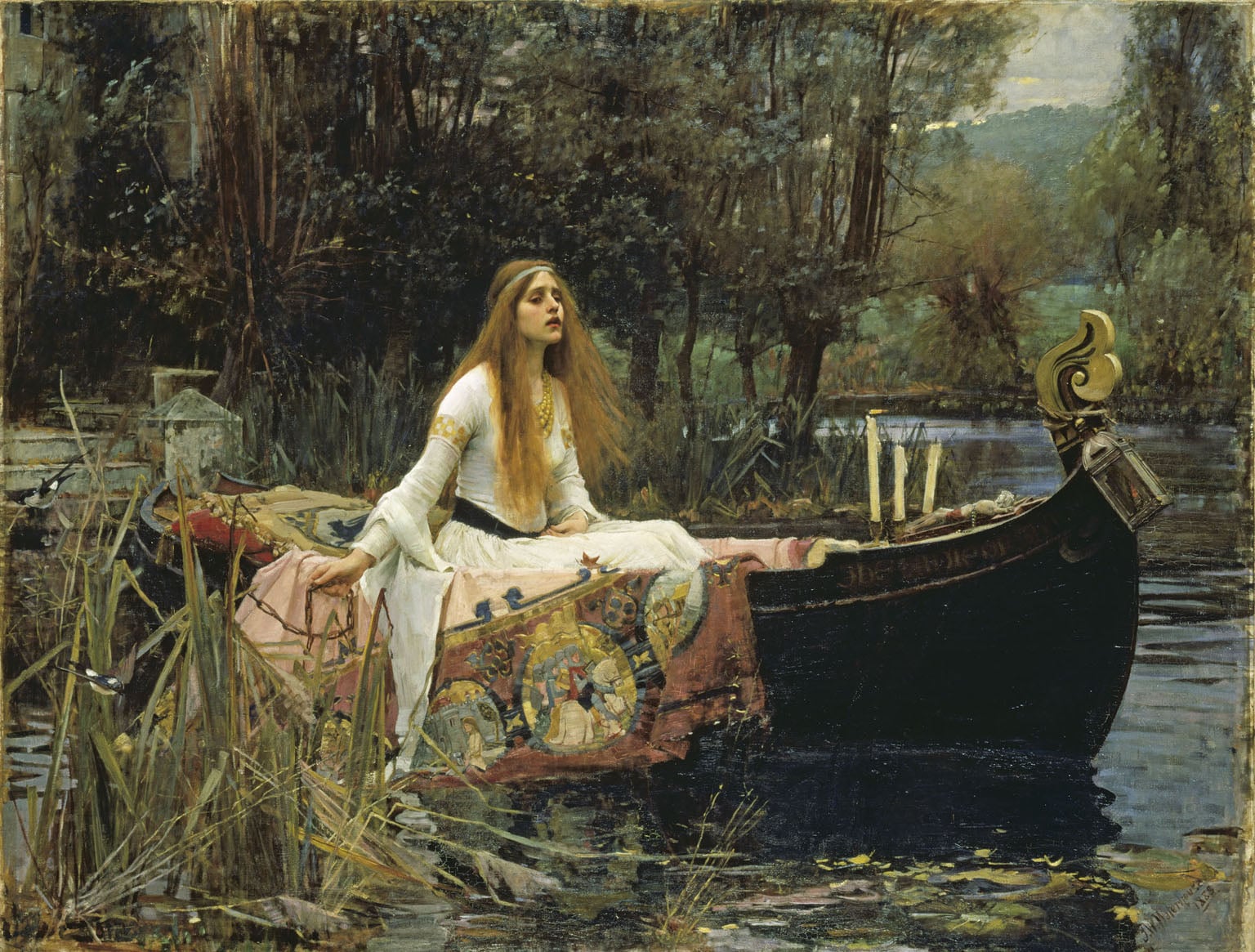 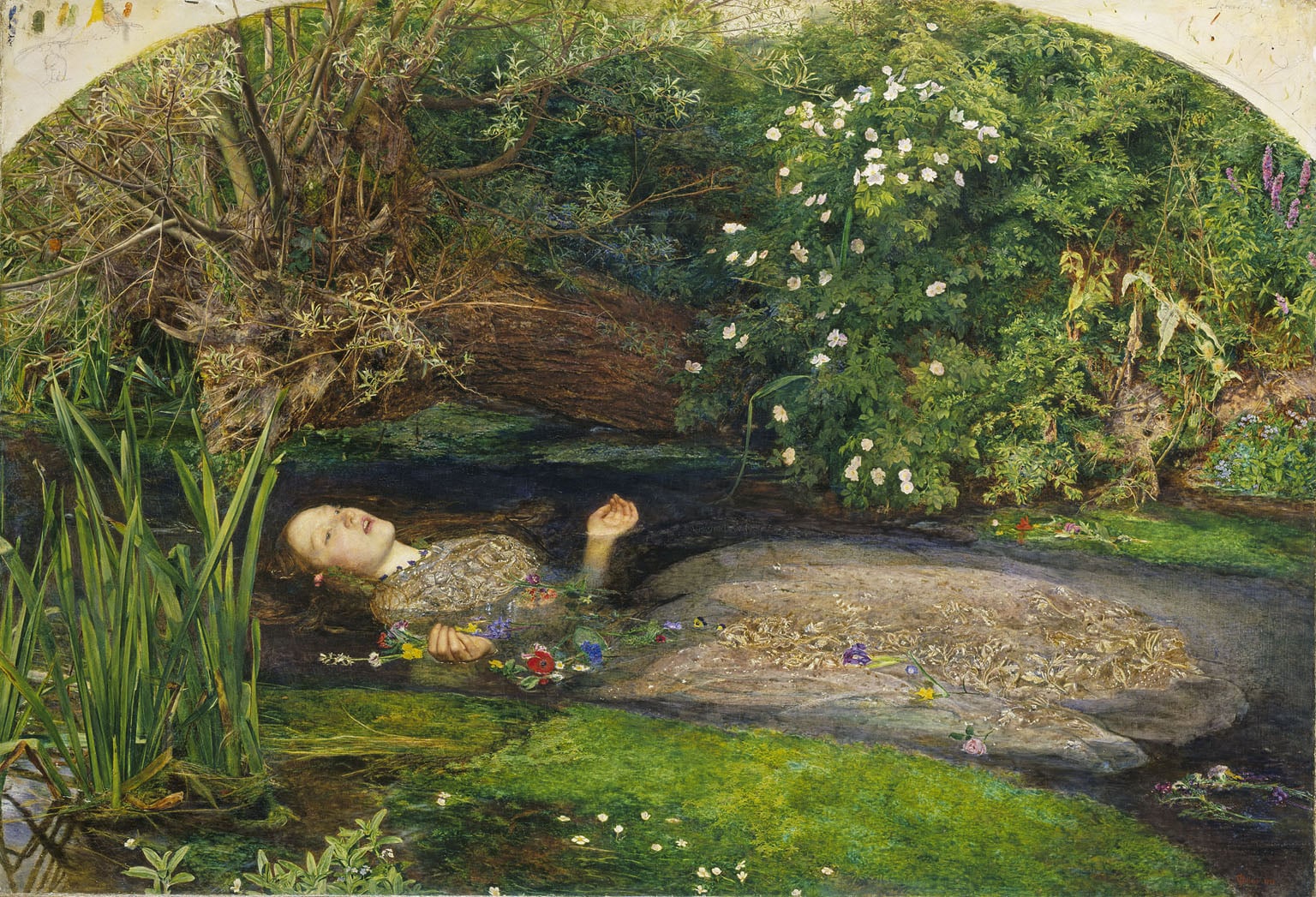 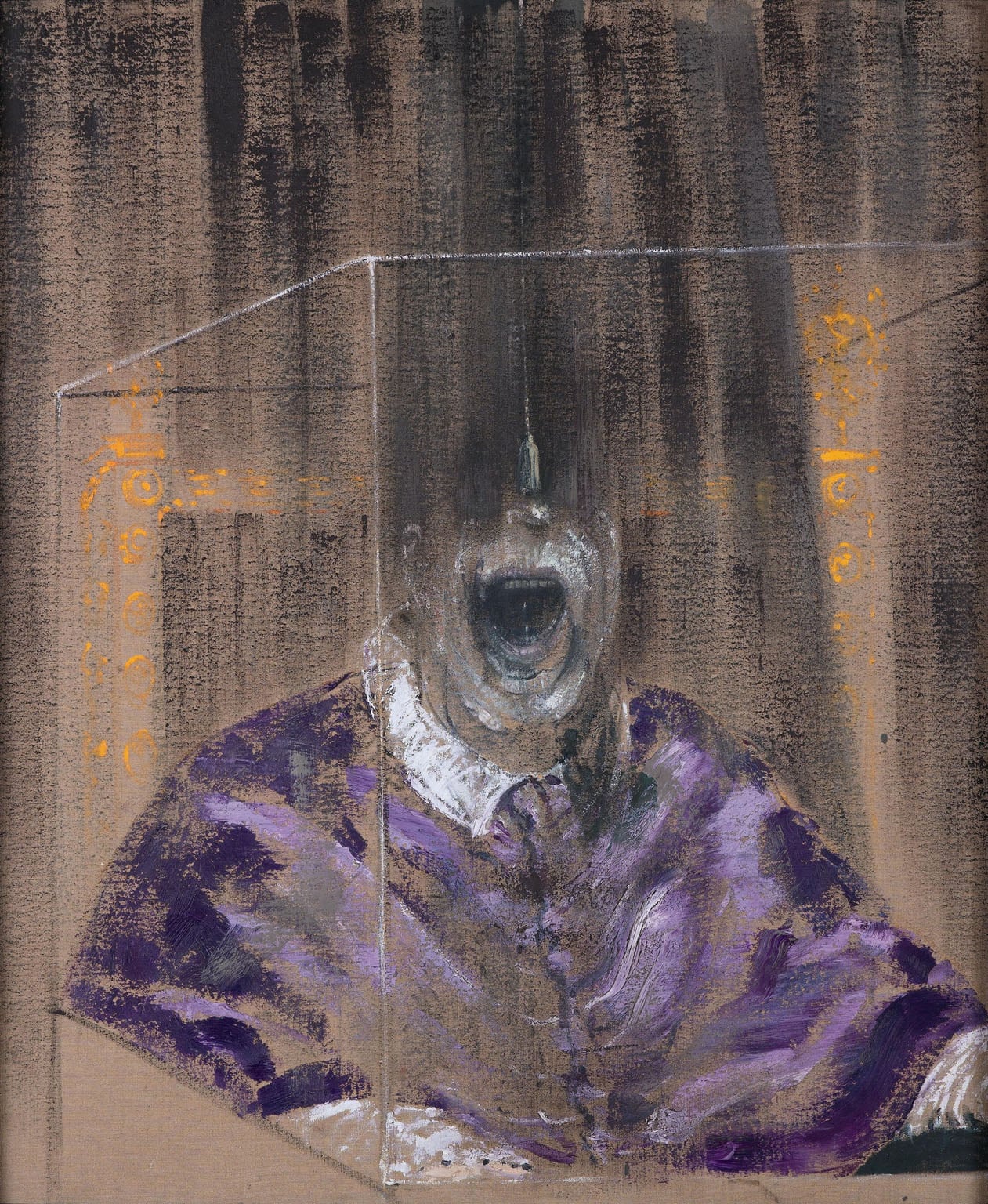 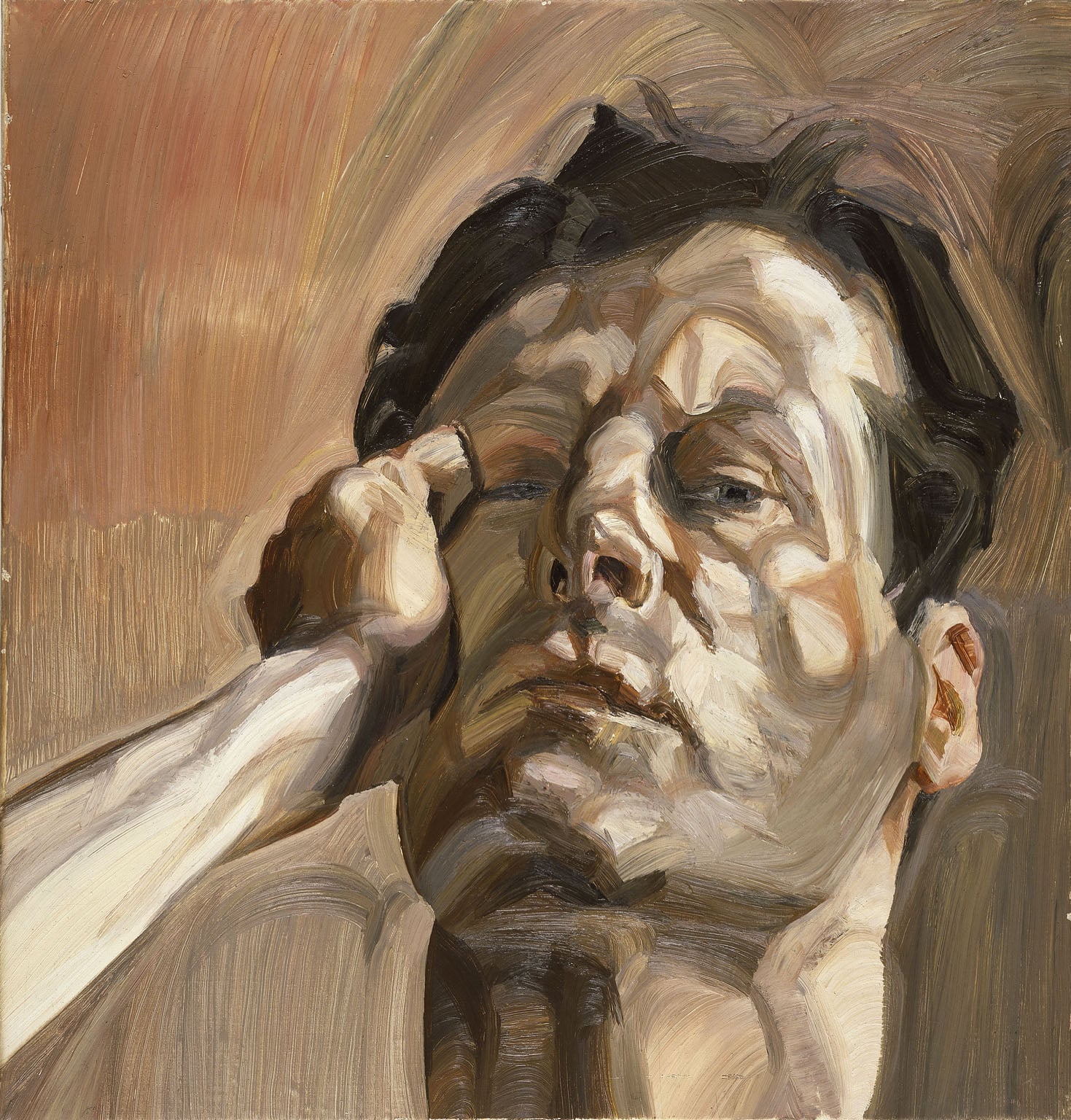 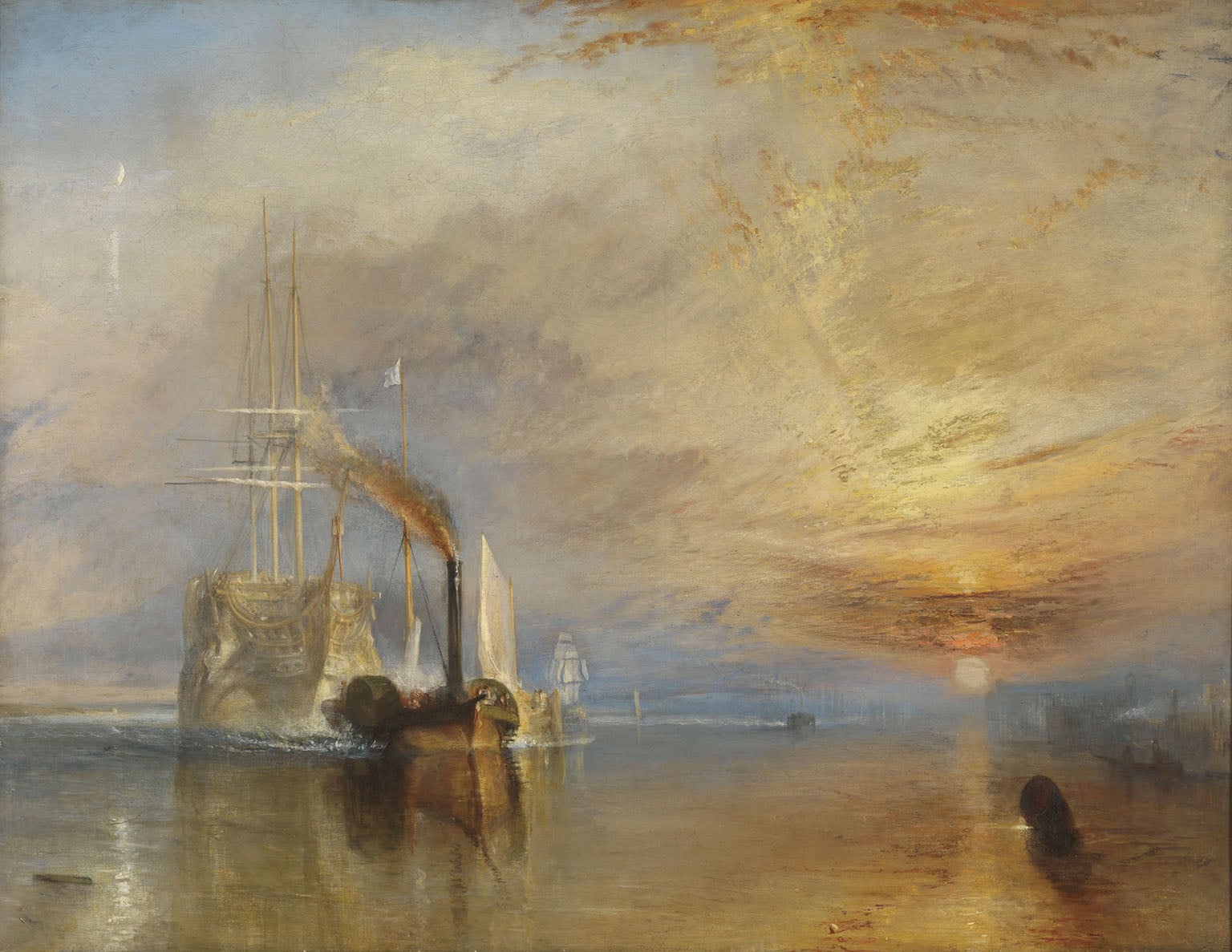 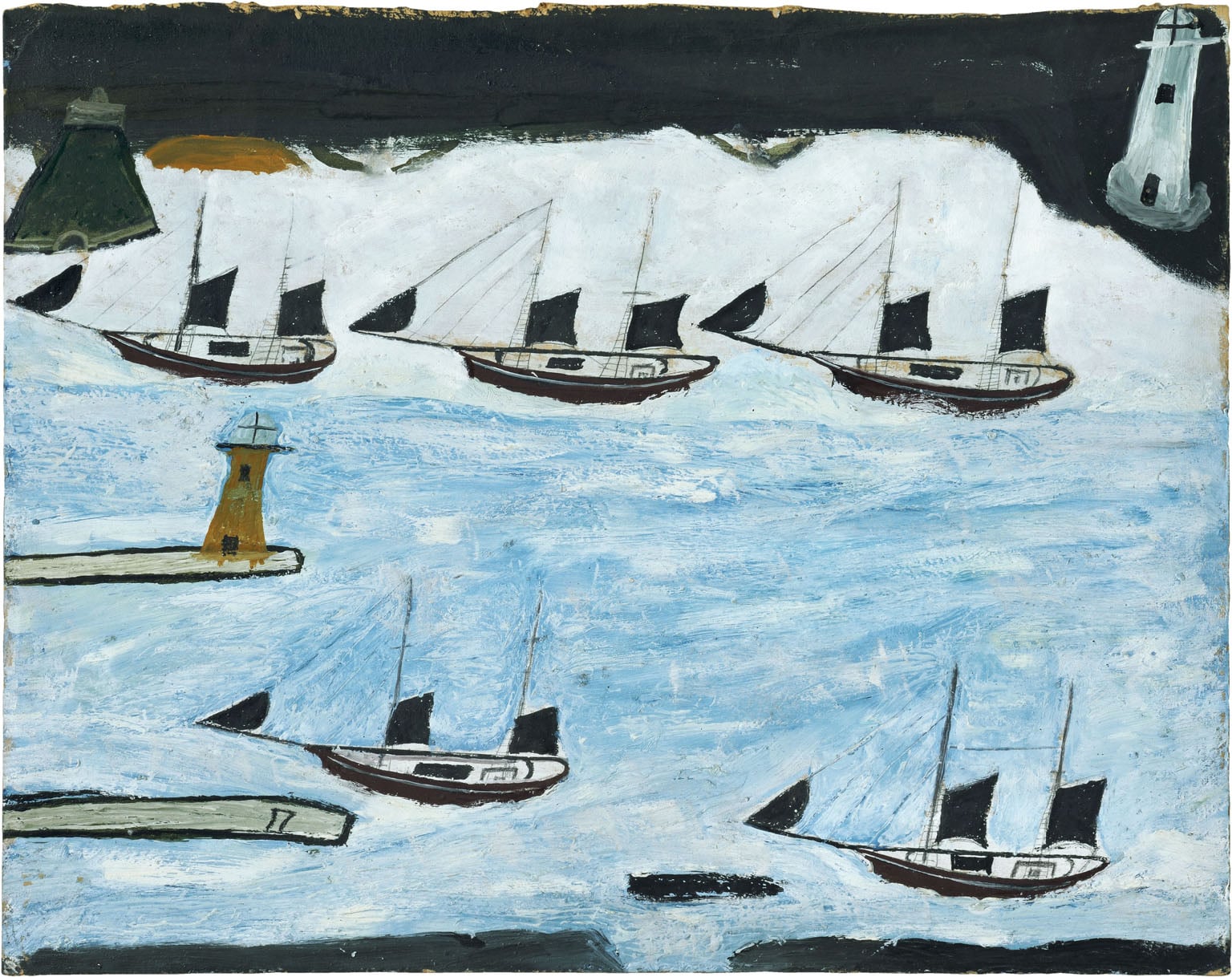 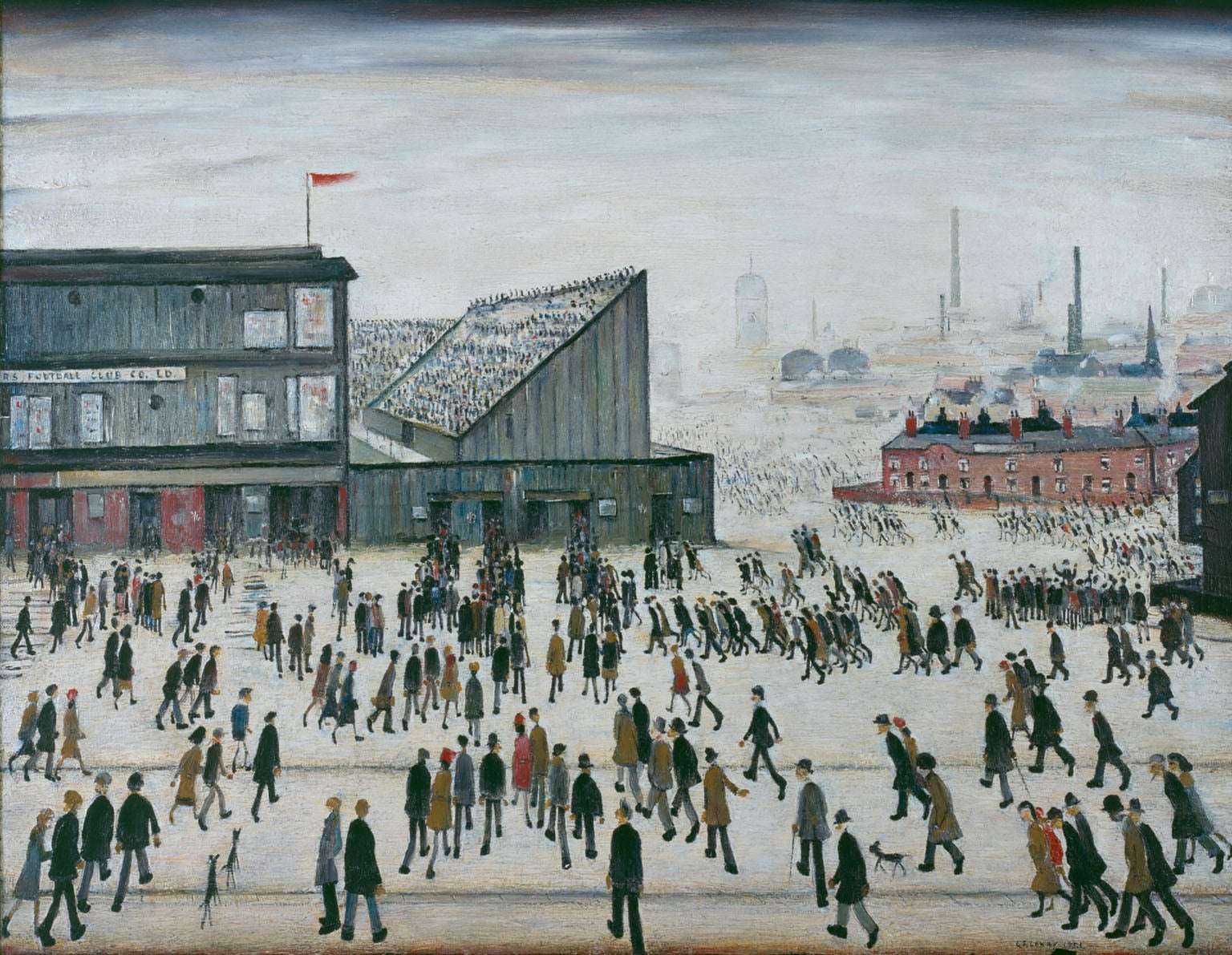 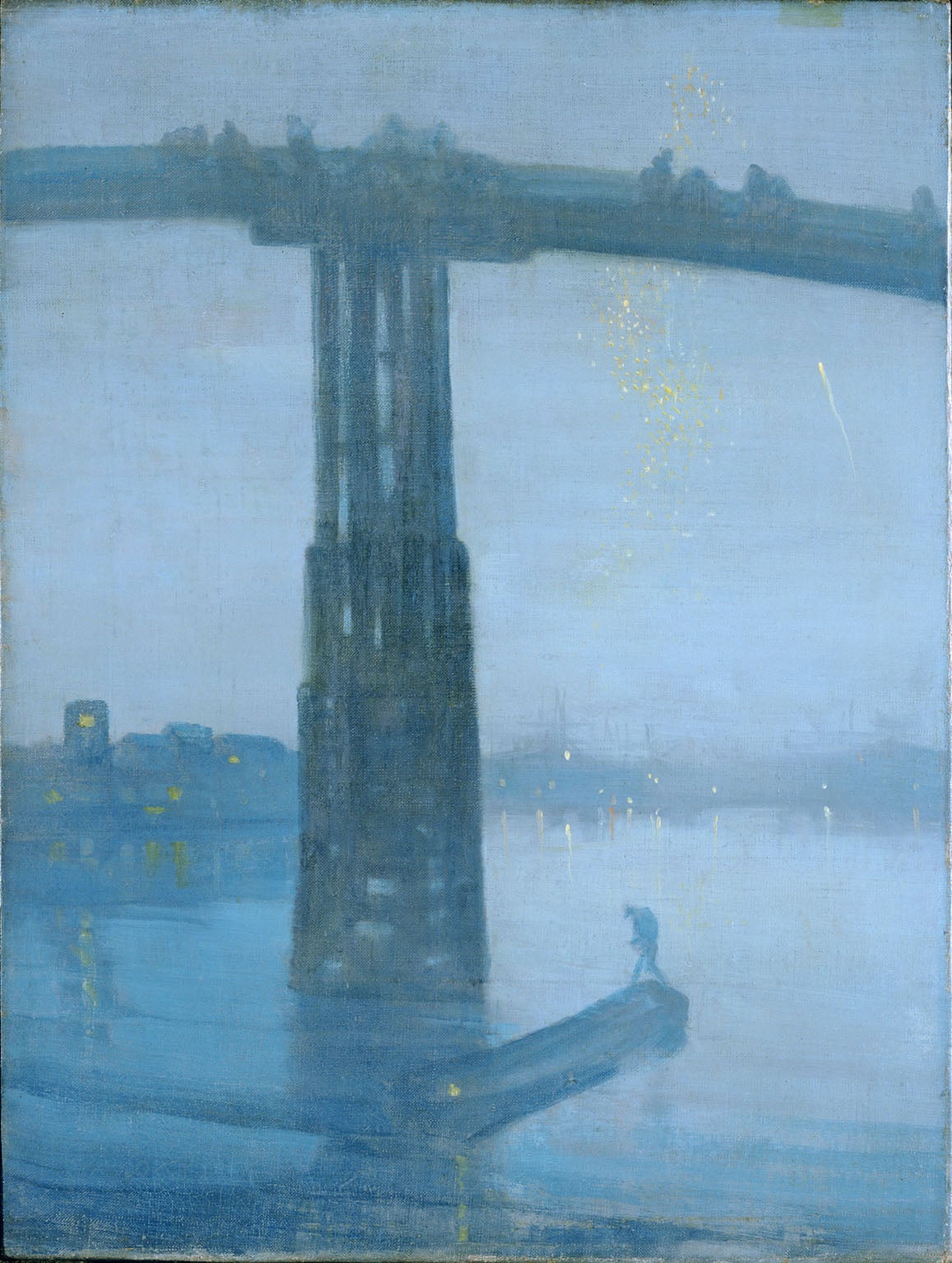 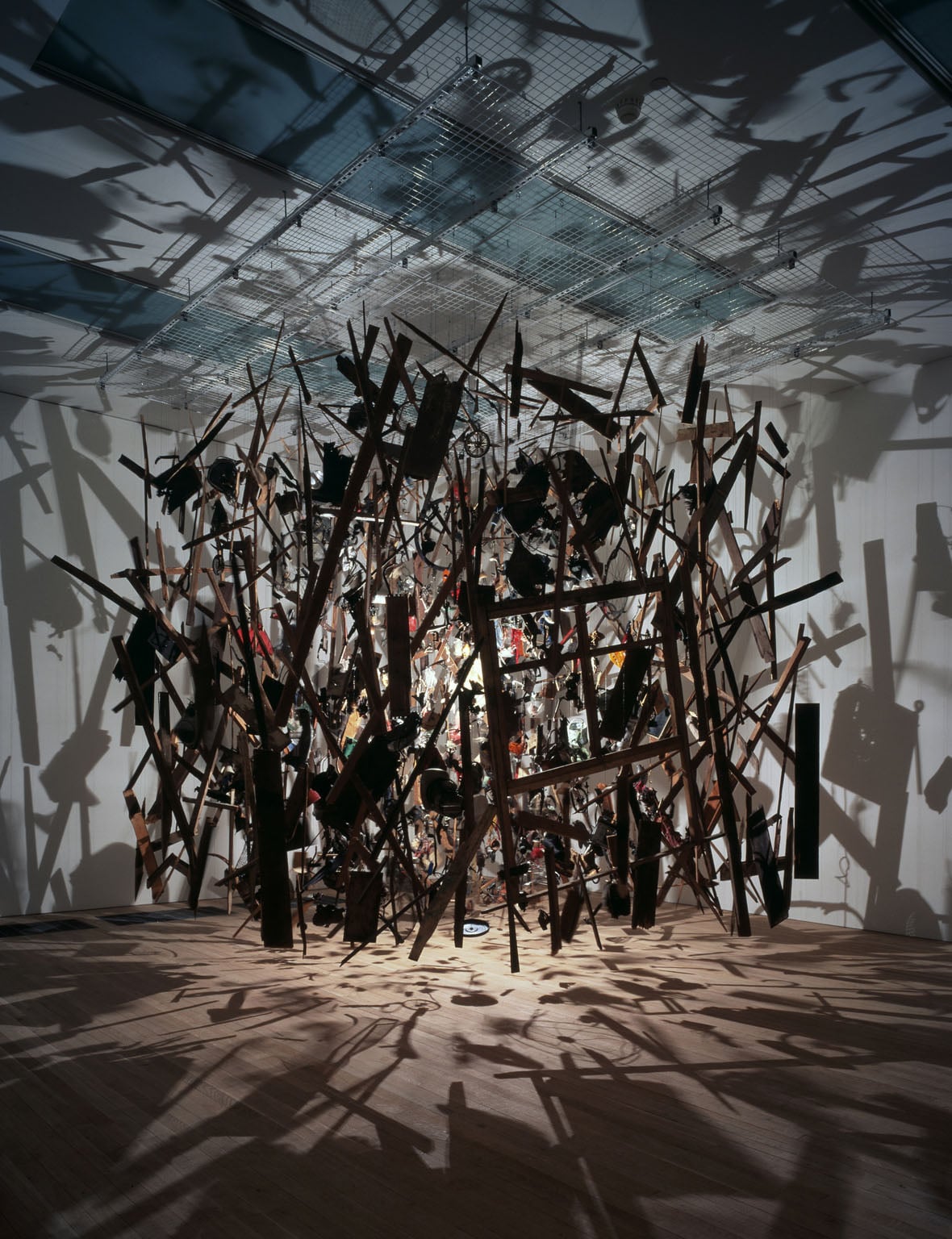 1. John William Waterhouse, The Lady of Shalott, 1888
On display at Tate Britain, London

Inspired by Alfred Lord Tennyson's lyrical ballad of the same name, Waterhouse's painting portrays the lamenting woman whose unrequited love for Sir Lancelot brought about a curse which led to her death. The moment depicted occurs in the fourth part of Tennyson's poem, when 'at the closing of the day/She loosed the chain, and down she lay;/The broad stream bore her far away.'

Another Pre-Raphaelite, another unrequited love, another doomed woman. This iconic painting shows the scene in which Ophelia, driven mad by Hamlet's taunts, falls into a brook and ultimately drowns. Millais's treatment of the model for the painting has become infamous, as he forced the young Elizabeth Siddal to lie fully clothed in a tub of cold water while he completed his work.

While in later life Bacon would dismiss his head series was 'silly', his nightmarish paintings inspired by Velazquez's portrait of Pope Innocent IX are powerfully unsettling. The head of the figure is almost entirely taken up by the screaming mouth, for which Bacon found inspiration in hand-coloured illustrations of medical books on mouth disease.

Spanning over six metres across, Sargent's epic war painting shows a group of soldiers heading towards a medical station in the aftermath of a mustard gas attack. Sargent spent time on the Western Front in 1918 after being commissioned to document the war, and this record of his experiences was voted picture of the year by the Royal Academy of Arts in 1919.

Created when the artist was in his early 40s, this is one of Freud's most painterly self-portraits: the built up of heavily textured paint layered thickly across the canvas with bold contrasts of shade. His unromantic, almost grotesque treatment of the human form is evident in the severe rendition of his facial contours, and the ungainly angle and skeletal paleness of the arm thrusting into the composition like a punch.

6. JMW Turner, The Fighting Temeraire, 1839
On display at the National Gallery, London

Bequeathed to the National Gallery by Turner in 1851, this naval scene captures the moment of transition from a romantic past into an industrial future. The Temeraire, a warship which served at the Battle of Trafalgar, is depicted as a spectral form on the horizon, towed to its final dockyard by a smoke-belching tug. The painting featured in the most recent James Bond movie, Skyfall, as the ageing agent contemplates his own retirement.

A Cornish fisherman who took up painting at the age of 70 following his wife's death, Alfred Wallis developed a raw, unmannered style that won him many admirers. While this particular painting is not currently on display, an exhibition of Wallis's works from the Kettle's Yard collection is currently on show at the Time and Tide Museum of Great Yarmouth Life.

This classic cityscape won a Football Association art competition in 1953, which surprised the artist, who wasn't aware that he had been entered. The painting shows crowds of fans flocking to Burnden Park to watch a Bolton Wanderers match, and was praised by the PFA for capturing 'the heart and soul of the game'. It is currently on show at Tate Britain's Lowry retrospective, The Painting of Modern Life.

Though born in America, Whistler adopted London as his home in his mid-20s and spent the rest of his life working in the British capital until his death in 1903. Although Whistler struggled to gain acceptance in England – John Ruskin compared his exhibition to 'flinging a pot of paint in the public's face' – he was embraced by the country's national collections when the Art Fund helped acquire Nocturne: Blue and Gold for the Tate Collection in 1905.

Originally created for the Chisenhale Gallery in East London, this installation saw Parker employing the services of the British army to blow up a garden shed, then reassembling the pieces within a room as if freezing the explosion in time. The resulting work, hung with a lightbulb at the centre as though recreating the moment of detonation, fills the surrounding room with dancing shadows.

Feeling inspired? See more art with a National Art Pass. From Cardiff Castle and Kensington Palace to the V&A and Tate Modern - the National Art Pass gives free entry to over 240 museums, galleries and historic houses across the UK as well as 50% off entry to major exhibitions.