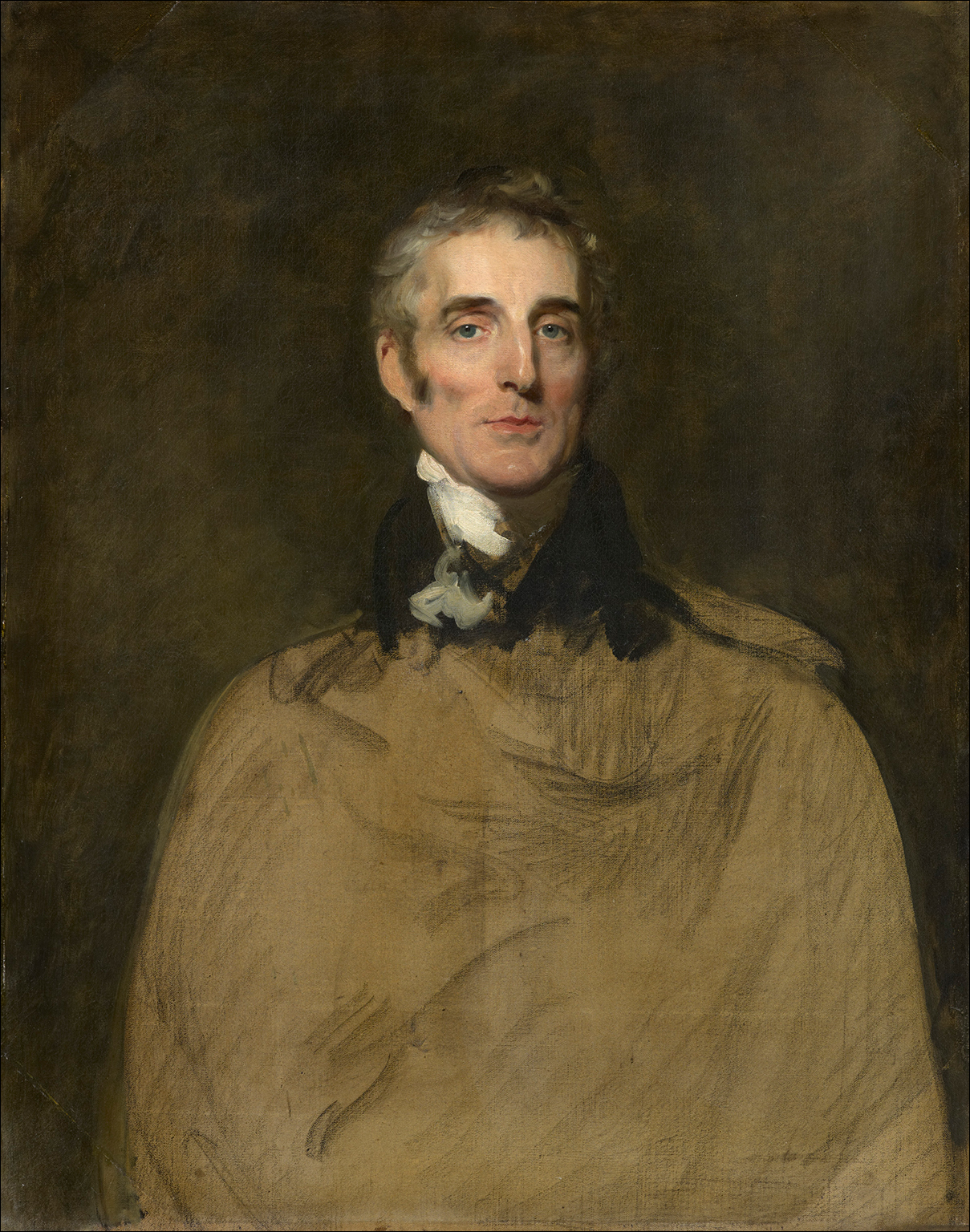 Showing him with only his black collar and white stock visible, this oil-on-canvas, unfinished portrait of Arthur Wellesley, first Duke of Wellington (1769-1852), was commissioned in 1829, the year after he became prime minister.

Hailed as the national hero whose defeat of Napoleon at the Battle of Waterloo in 1815 saved Europe from tyranny, Wellington gave his name and reputation – along with Nelson and Byron – to the age in which he lived.

To mark the bicentenary of Waterloo, the National Portrait Gallery borrowed this painting from a private owner to form the centrepiece of its exhibition, ‘Wellington: Triumphs, Politics and Passions’. Political hostess and ardent Tory supporter Sarah, Countess of Jersey, employed the leading portrait painter of the day and president of the Royal Academy, Sir Thomas Lawrence, to capture the Duke’s likeness, but he died in 1830, leaving the work unfinished. Wellington fell from power this same year. The Countess unusually insisted that the painting should remain in its unfinished state.

The painting is the first portrait of the Duke to enter the National Portrait Gallery’s collection. In total, Lawrence made eight portraits of Wellington and was considered the Duke’s definitive image maker. The painting is now on permanent display in the gallery.

This work was acquired with assistance from the Wolfson Foundation.