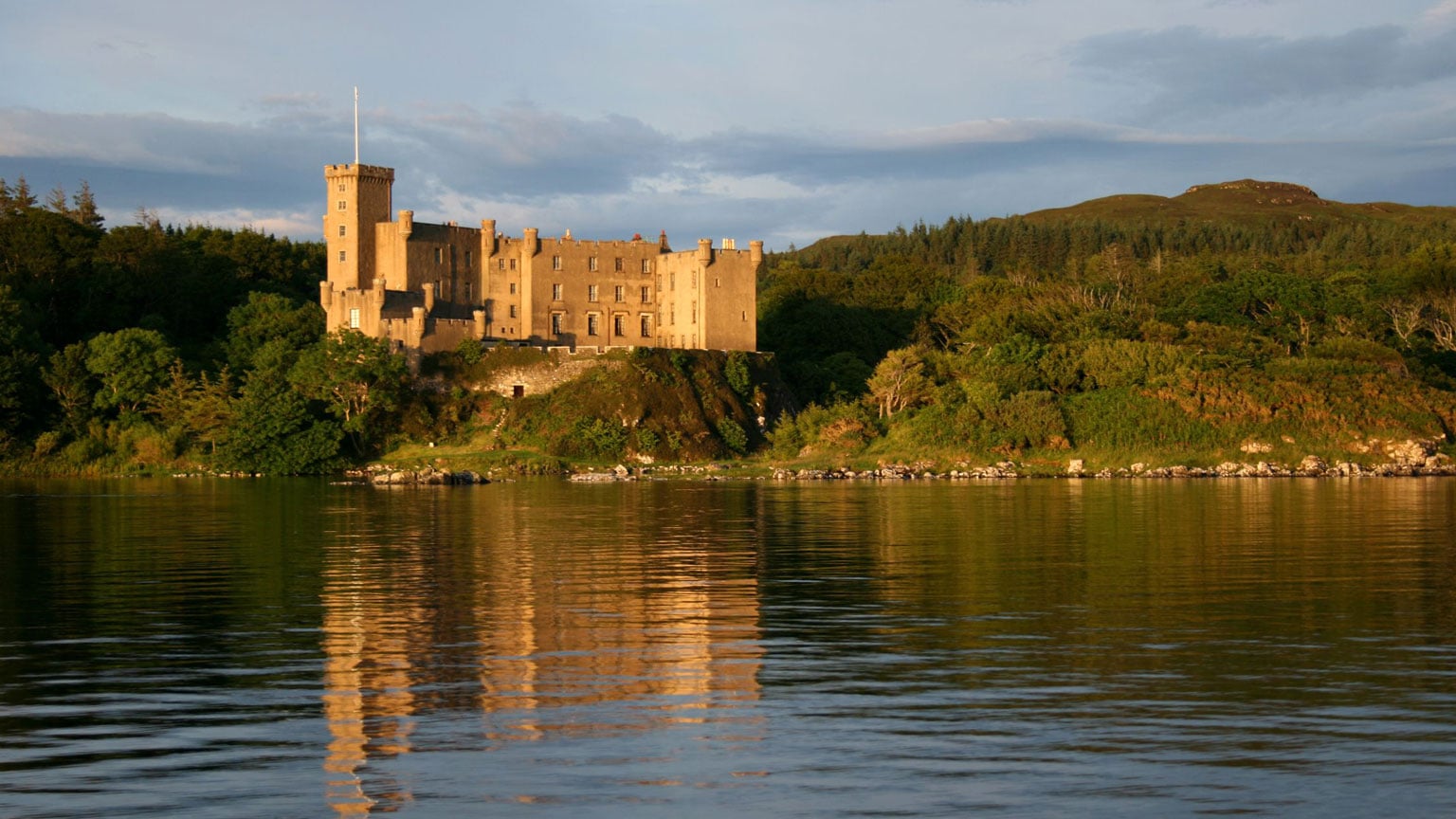 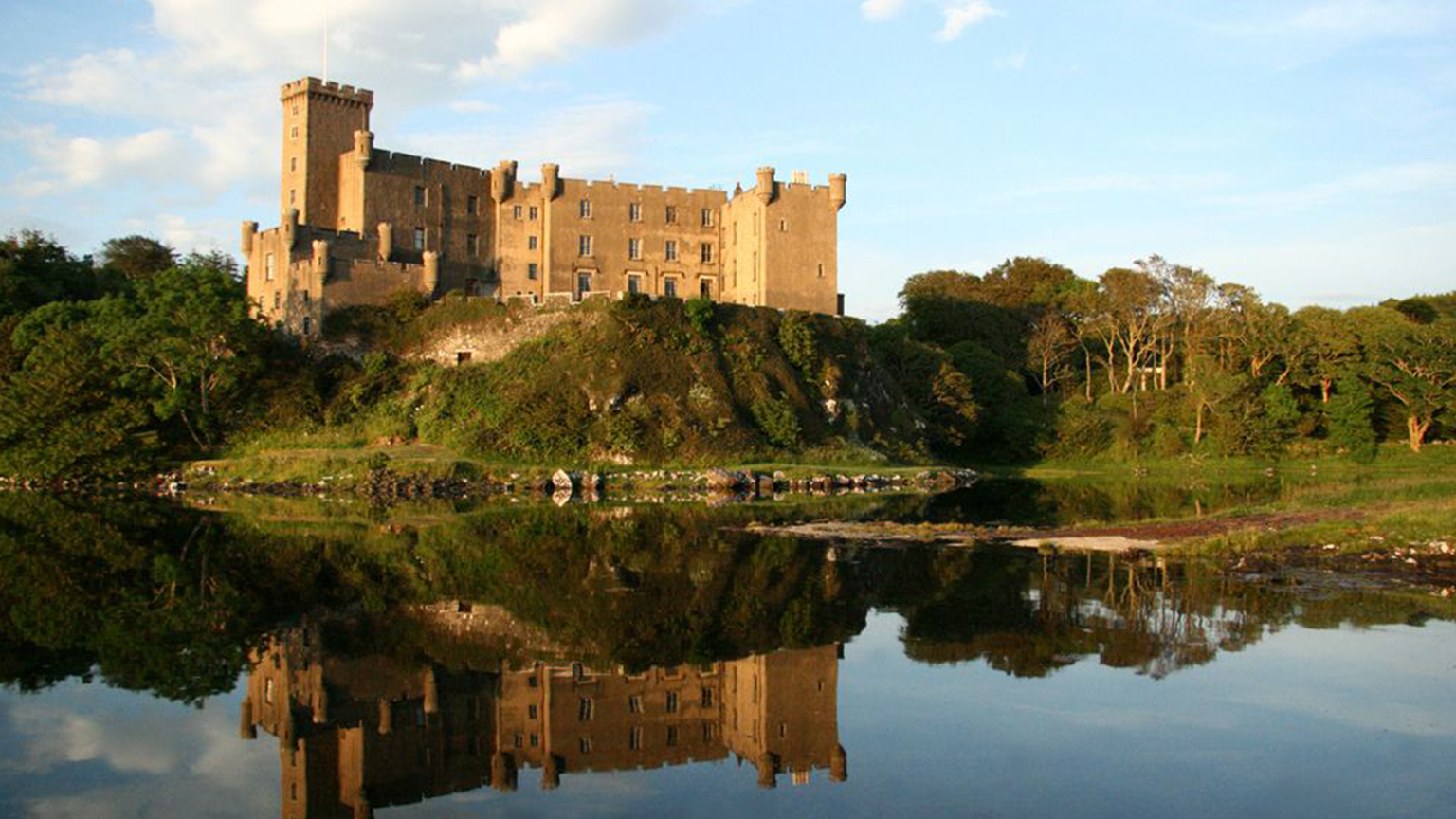 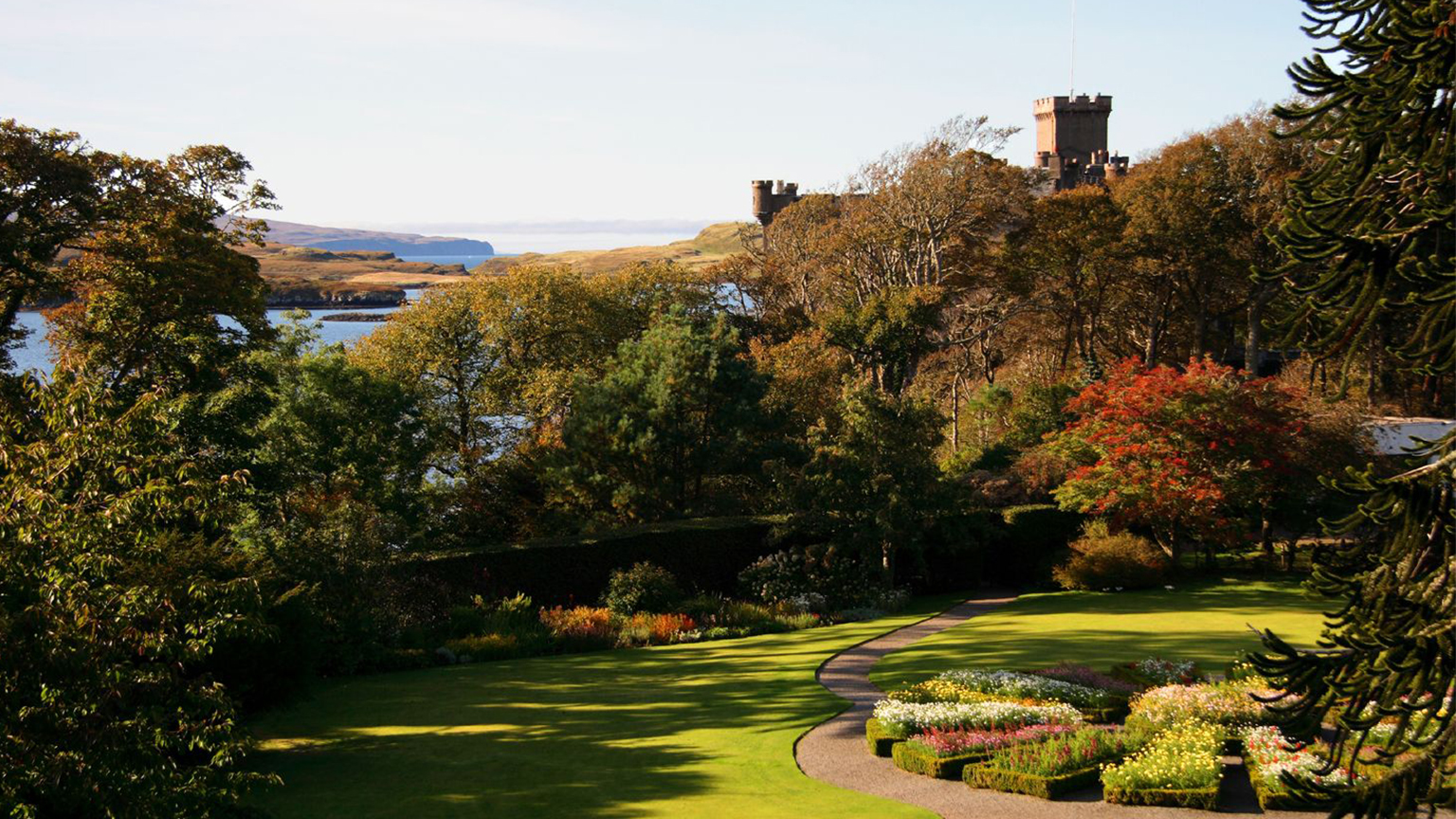 Romantically situated on the seashore, Dunvegan Castle is the ancestral home of the chiefs of Clan MacLeod and a historic setting for a remarkable collection of paintings and clan treasures.

Sitting on a rocky outcrop, this Hebridean stronghold has been occupied by the same family for nearly eight centuries, and has a history full of colour and drama. The massive exterior of the fortress combines six separate buildings of different dates, which were given a unified appearance in the mid 19th century by a ‘romantic restoration’.

Alongside paintings by numerous artists including Ramsay, Raeburn and Zoffany, visitors can see the some intriguing clan treasures. The most famous of these is the Fairy Flag, a sacred banner that gives the Clan MacLeod the power to defeat enemies when unfurled in battle.

Another of the castle's greatest possessions is the medieval Dunvegan Cup, gifted by the O'Neils of Ulster as a token of thanks to one of the clan's most celebrated Chiefs, Sir Rory Mor, for his support of their cause against the marauding forces of Queen Elizabeth I of England in 1596.