Van Gogh and Britain: An interview with the curator

As an exhibition exploring Van Gogh's relationship with Britain opens in London, we speak to the show's curator about the artist's influence and choosing which works to include. 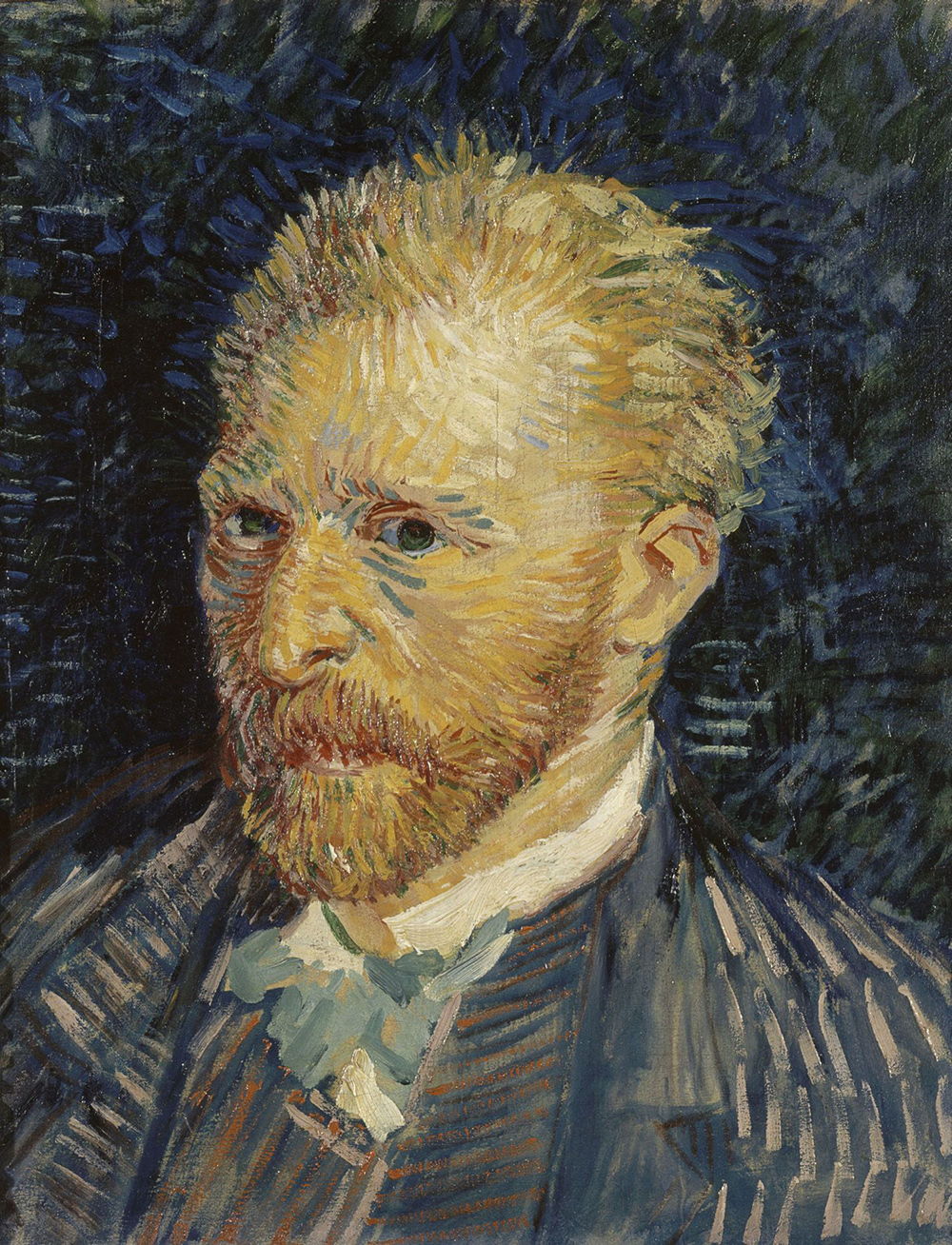 The relationship between Vincent van Gogh (1853-90) and Britain not only takes in the British artists and writers who inspired him (including Charles Dickens and John Bunyan), and the years between 1873 and 1876 that he spent in London as a fledging art dealer, but the influence he then had on the British artists who followed on from him.

In this interview from the spring 2019 issue of Art Quarterly magazine, editor Helen Sumpter speaks to curator Carol Jacobi about the new exhibition at Tate Britain, Van Gogh and Britain.

Helen Sumpter: How did you choose which artists influenced by Van Gogh to include in the exhibition?

Carol Jacobi: We looked at specific groups – firstly the artists whose lives overlapped with Van Gogh in Paris and who tend to be more British-based than British, such as Lucien Pissarro (1863-1944), who moved to the UK in 1890.

Then we looked at the artists who were stimulated by the first big exhibition of Van Gogh’s work in Britain,Manet and the Post Impressionists at London’s Grafton Galleries in 1910. These artists, including Harold Gilman (1876-1919) and Vanessa Bell (1879-1961), were having very spirited conversations about his work.

Then there’s a period between the wars when biographies and Van Gogh’s full letters are published, and the myths about him grow. From being a more marginalised figure, in the 1920s Van Gogh then becomes part of the establishment, having his first monographic exhibition in 1923. Artists included in this group are Matthew Smith (1879-1959); Christopher Wood (1901-30), who was partly self-taught, like Van Gogh; and Winifred Nicholson (1872-1949), who’s also known as the ‘female Van Gogh’.

What happens after the Second World War?

In 1947 there was a major exhibition of Van Gogh’s work which travelled around Europe, which was also the last show of his work at Tate. There was a triumphalism and an idealism about this and other exhibitions that captured the postwar moment.

At this point Van Gogh becomes representative of artistic freedom. In Paris he also becomes the poster boy for existentialism – with artists such as Francis Bacon (1909-92) and Joan Eardley (1921-63) picking up on his expressionism. 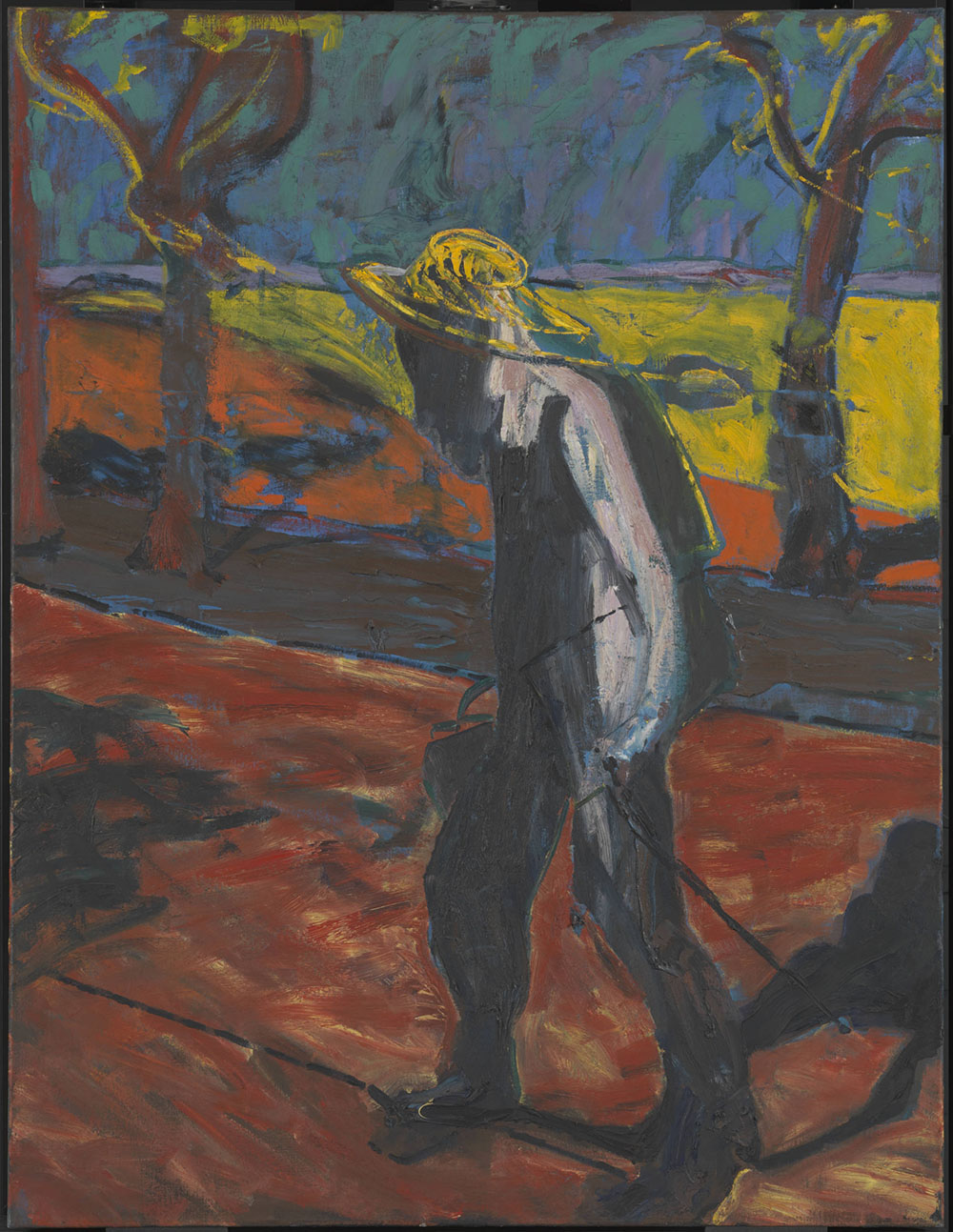 © The Estate of Francis Bacon. All Rights Reserved, DACS, 2019

Is Francis Bacon a key figure in the story?

What’s interesting with Bacon is that he really identifies the figure on the road as a key motif for Van Gogh.

This motif crops up in his letters long before it crops up in his painting, and it was initially informed by John Bunyan’s The Pilgrim’s Progress, which Van Gogh read when he was in London and which had a huge impact on him.

Bacon had seven or eight books on Van Gogh in his studio when he died and we know he read Van Gogh’s letters. Bacon was a very literary artist and read deeply and widely. One of the interesting things that has come out of this exhibition is how often works of art that appear to be responding to a painting by Van Gogh are in fact responding, at least in part, to something the artist has read about the painting in Van Gogh’s letters.

1957 is the cut-off point for the exhibition. Why did you choose that date?

We could have done a whole other exhibition if we had carried on after 1957, but we wanted to close the exhibition with three of Bacon’s Studies for Portrait of Van Gogh (one study pictured above), which were made in that year. They were based on a Van Gogh painting that was destroyed during the war, and which depicts a walking figure with a sinister shadow falling on the road behind him.

In choosing the works to include, it was interesting to see just how many could have come from Tate’s collection, and to realise just how important Van Gogh has been to Modern British art.

One of the things that came through very early was that all the artists we were looking at were considered in art histories as mavericks, interested in some form of figurative art, or in interrogating reality in a way that was seen as going against the grain in the story of a Modern British art that was heading towards abstraction.

But when you see them all together you realise that they represent an alternative genealogy of British Modernism which is about Expressionist Realism. It’s brought a different story into the foreground. 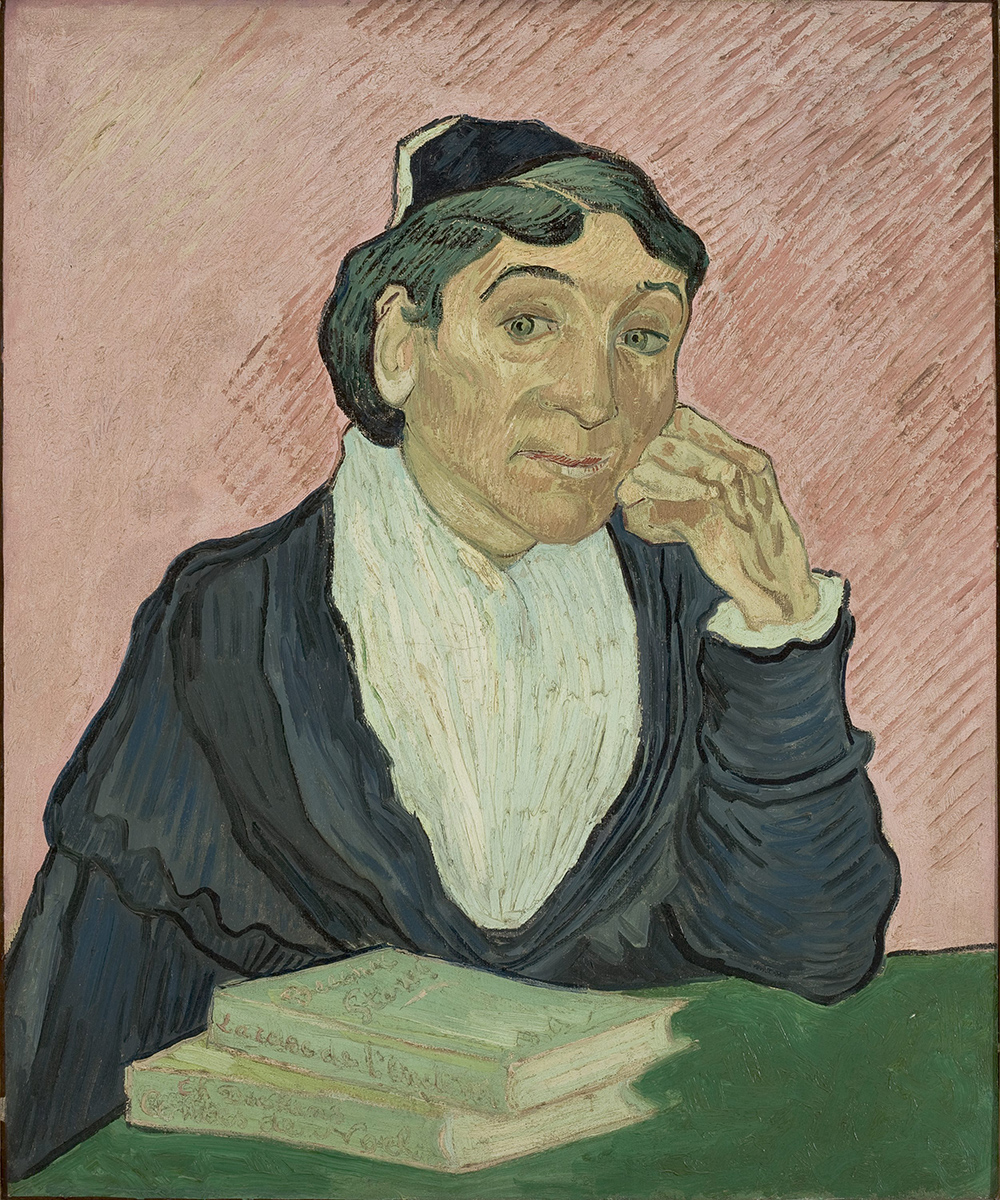 In May, Tate is showing work by contemporary British artist Frank Bowling, who has a relationship to Van Gogh, as well as to Bacon.

There is an overlap between Bowling and Van Gogh in their use of colour, particularly in terms of liberation. Because of the 1957 cut-off, we don’t have work by Bowling, or by artists such as David Hockney, in this exhibition. But I did speak with Bowling recently, not just because his own work is so interesting, but to hear that point of view from a living artist.

He remembers seeing Bacon’s Studies for Portrait of Van Gogh exhibited at the Hanover Gallery in London in 1957 and being struck by the convulsive paintwork, which had had no time to dry, or, as he put it, was ‘still moving on the wall’. He alluded to it nearly 40 years later in a small painting he made called Bacon’s Van Gogh (1995).

He also recalls how artists lent each other copies of the new edition of Van Gogh’s letters, which were published in 1958. This was important because not only could other painters read what it was like to be a practising artist, but they could then encounter his extraordinary paintwork. This is why we’ve tried as much as possible in this exhibition to bring together British works of art with the Van Gogh works that they are in conversation with.

This feature was originally published in the spring 2019 issue of Art Quarterly, the magazine of Art Fund. Art Quarterly is a benefit of Art Fund membership – find out more about becoming a member.