The first UK exhibition of the artist’s works from the Venice Biennale will open next month, with support from the Art Fund. 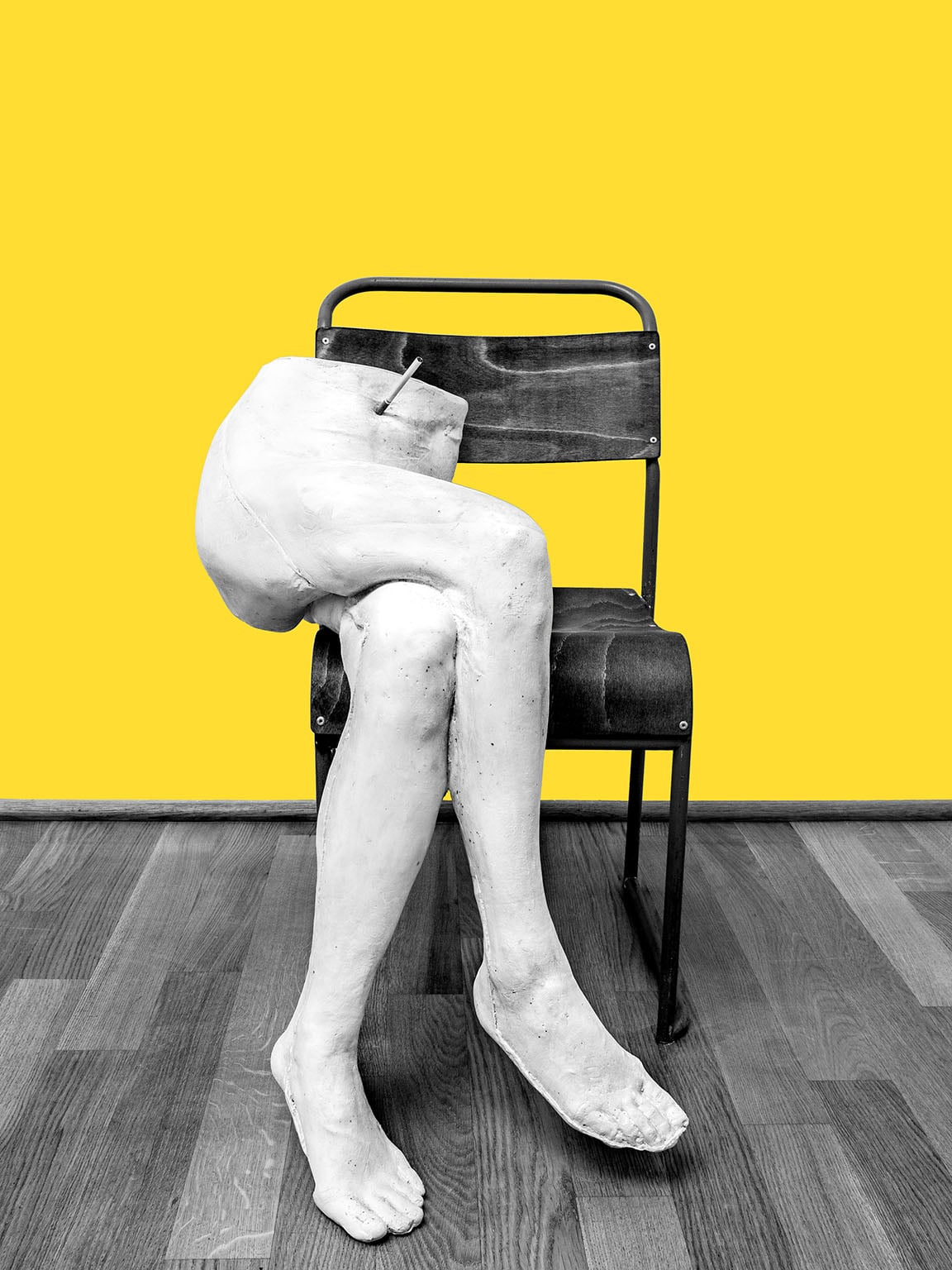 The British Pavilion at last year’s Venice Biennale was described as a cocktail of pleasure and pervery. Sarah Lucas, known for her controversial and bawdy style, presented her I Scream Daddio installation, which featured a series of sculptures depicting the female body in different poses. Thanks to the support of the Art Fund, three of the works are now set to make their UK debut at the Sir John Soane’s Museum in London, as part of its upcoming exhibition, Power in Woman.

The three sculptures derive from a series of ten, collectively titled the Muses, for which the artist used various friends as models. Each presents the female body as literally topless – a pair of legs arrested at the waist. The figures of Yoko and Pauline are seated on chairs while Michele lies on an office desk, legs apart.

The exhibition will draw parallels between Sir John Soane’s classical plaster casts and Lucas’s sculptures. ‘Soane’s plasters are casts from the marble originals’, said Lucas. ‘Mine, on the other hand, are cast direct from the woman in question using the rough and ready method of making a waste mould by applying plaster bandage directly onto the body. The mould doesn’t survive … There’s very little room in the process for refining the figure or otherwise idealising it.’

The sculptures will be displayed in one of Sir John Soane’s drawing rooms, the walls of which partly inspired the custard-yellow scheme of the British Pavilion.

Power in Woman will run at the Sir John Soane’s Museum from 10 March until 21 May, free entry to all.