Sarah Kent reviews an exhibition which looks beyond Picasso's paintings to his drawing and ceramic work. 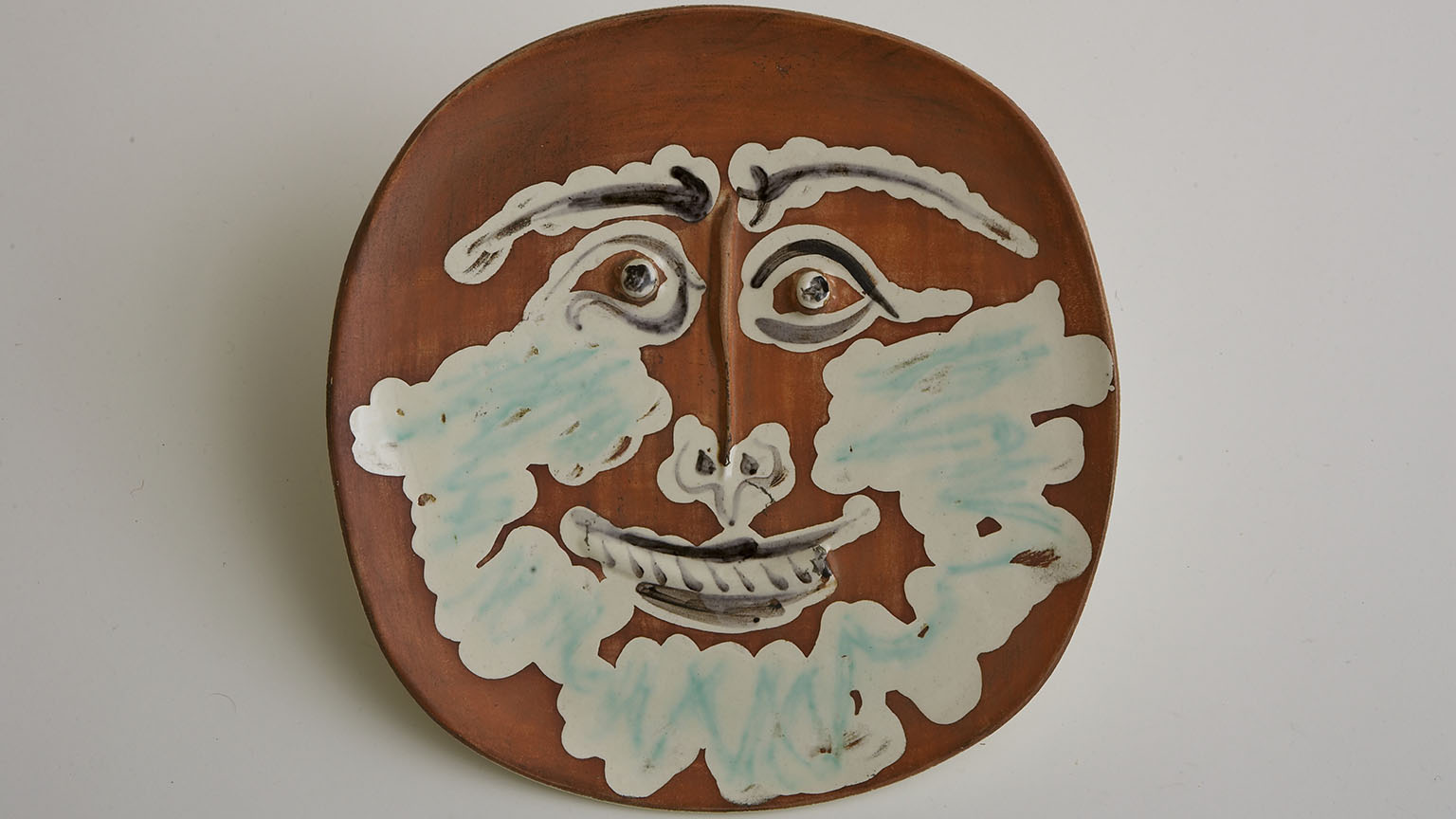 In 1946 Pablo Picasso visited a pottery exhibition in Vallauris, a village near where he spent his summers on the Côte d’Azur on the French Riviera. Impressed by Madoura Studio ceramics, he decided to visit their workshop. They made him welcome, and so began a fruitful collaboration lasting nearly 25 years that resulted in more than 4,000 plates, vases, bowls, jugs and other items. 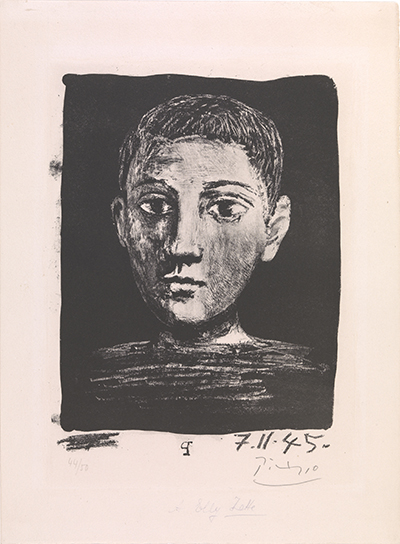 Included in this delightful exhibition are 40 works from the collection of Lord and Lady Attenborough, whose offspring spent their holidays near Vallauris and, every summer, bought their father a Picasso ceramic as a present. Picasso’s approach was wonderfully playful; not knowing the rules, he was free to break them. An earthenware pitcher from 1954 is decorated with two cream vases, so creating the illusion of three jugs in one. Most dramatic are the plates decorated with faces. The most diabolic (from 1960) has eyes on stalks and knobs for nostrils; navy-blue shadows delineate a skull-like face with a toothy leer.

A superb selection of prints and drawings accompanies the ceramics. Weeping Woman, an evocative line drawing from 1937, is a preparatory sketch for Guernica. From the Vollard Suite (1930-37) comes an exquisite etching of a minotaur cradling a naked woman with tenderness and lust. Her ambiguous response makes his importuning seem more poignant than bullying. In 1964 Picasso began a series of ceramic plaques that resemble linocuts inked ready for printing.They reveal the connections he saw between one medium and another, connections which make this exhibition especially rewarding.