Anna McNay reviews an exhibition celebrating the paintings and patrons of Stanley Spencer. 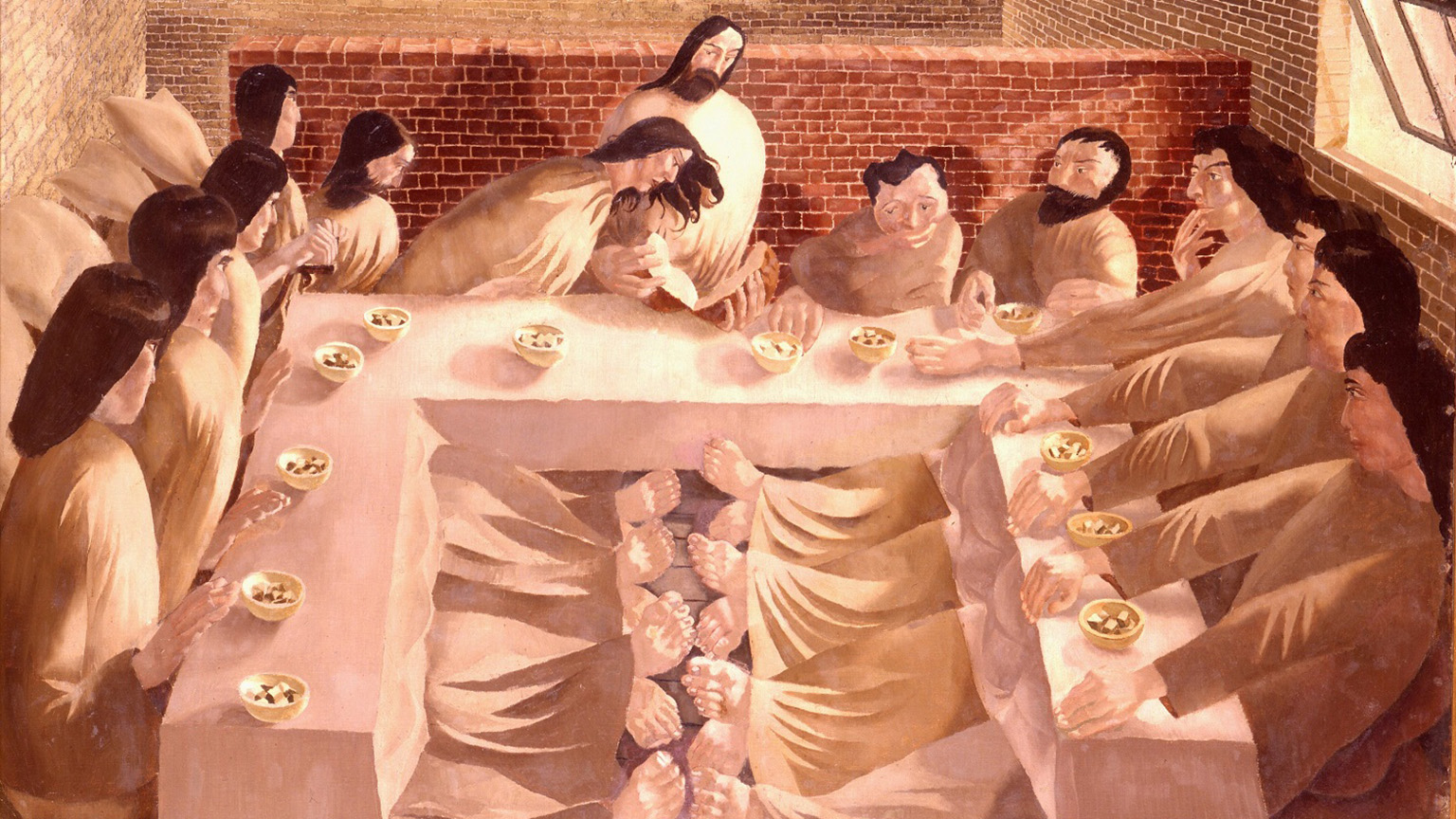 During his lifetime, English painter Stanley Spencer (1891-1959) attracted a disparate group of collectors, including fellow artists, politicians and businessmen. Patron Saints: Collecting Stanley Spencer brings to life a significant handful of them, through wall texts, an anecdote-rich audio guide and video, and, primarily, through the paintings and commissioned portraits, many of which comprise significant loans from major institutions.

One of the most charming – and cheeky – works on display is Love on the Moor (1949-54). It depicts a mass scene of free love, with villagers exchanging gifts and embracing, pregnant women – one being offered a freshly peeled and obviously phallic banana – cows with swollen udders, and Spencer himself worshipping a statue of his first wife Hilda, who was to remain his true love, even though he had remarried four days after their divorce.

Spencer’s work was often described as ‘visionary’ for his skill of rendering the heavenly in the mundane, and this is evidenced in the largest work on display, the sadly unfinished Christ Preaching at Cookham Regatta (1952-59), in which Jesus and the disciples sit in a barge amidst throngs of contemporary villagers. The bare, marked-up patches of canvas give insight into Spencer’s working methods.

As much as this is an exhibition about Spencer’s painting and patrons, however, so it is a lesson about the value of community and friendship. Each collector is shown to be much more than just a buyer of the artist’s work – they are not just patrons, but, as the show’s title suggests, 'patron saints'.