Object of the month: Tent of Tipu Sahib

The beautiful tent is one of the highlights at The Fabric of India exhibition at the V&A. 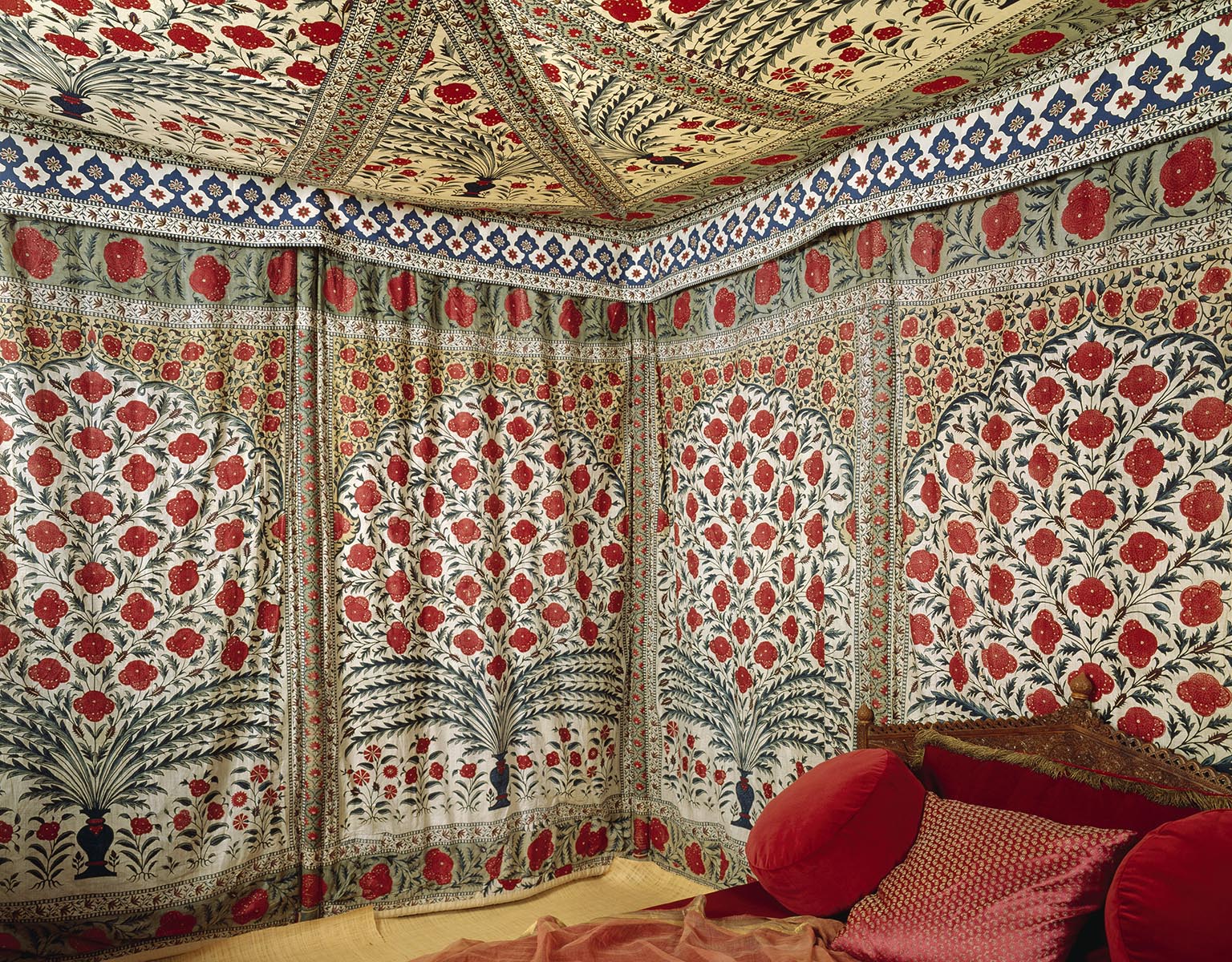 Tipu Sahib (also known as Tipu Sultan), was the ruler of the state of Mysore in southern India between 1782 and 1799, and is considered to be one of the greatest commanders in Indian history. He was the eldest son of Hyder Ali, the de facto ruler of Mysore. Although he came from humble origins and was himself illiterate, Ali rose through the ranks thanks to his military prowess and political ambition.

To ensure that his son would go on to achieve great things, Ali was adamant that Sahib would receive a prince’s education. This included early exposure to military and political affairs. From the age of 17, Tipu Sahib was given independent charge of important diplomatic and military missions, and became his father’s right-hand man in the wars that made Hyder the most powerful ruler in southern India.

Following Ali’s sudden death from cancer in 1782, Tipu Sahib was named the ruler of Mysore. During his reign, he introduced a number of administrative innovations such as a new land revenue system, which initiated the growth of the state’s silk industry. However, what Tipu Sahib was most famous for was his aggressive expansionist policies. His father had already defeated several Indian rulers who were allied with the British. This escalated the tensions with Britain and led to the First and Second Mysore Wars (1767-69 and 1780-84).

“In this world I would rather live two days like a tiger, than two hundred years like a sheep.”

After the British were defeated on both occasions by Mysore's French-trained armies, Tipu Sahib was hailed the ‘Tiger of Mysore’ and is famously credited with saying ‘in this world I would rather live two days like a tiger, than two hundred years like a sheep’.

The road to ruin and the Tent of Tipu Sahib

Very soon, however, hostilities with the British resumed after Sahib ravaged the territory of a British ally. This sparked the start of the Third Mysore War (1790-1792). Unlike its predecessors, this war was catastrophic for Mysore, which could no longer rely on French support, as France plunged into the throes of revolution.

Sahib was driven back to his stronghold at Seringapatam and, following a two-week siege, opened negotiations for the terms of surrender with Britain’s Lord Cornwallis. It is believed that Sahib signed the treaty in the Tent of Tipu Sahib.

Tents such as these were associated with Mysore's tradition; the court often travelled across its territories and, as a result, royal apartments were replaced with huge, portable and elaborate tents. Although plain on the outside, Tipu's tent is highly decorative inside with symmetrical, floral motifs.

By signing the treaty, Tipu not only had to cede half of his territories to the allies, he was also forced to hand over two of his sons as hostages. It left him humiliated and completely devastated. To get his sons back, Sahib needed to pay a substantial financial settlement. Two years later, he finally paid up.

After a prolonged siege, Tipu was killed defending his fortress and capital at Seringapatam. His death, however, inspired widespread admiration even among his foes. Tipu's possessions, both territorial and personal, were divided among his enemies, including his tent, which was acquired by 1st Earl of Powis and brought to Powis Castle circa 1800.

The Tent of Tipu Sahib was bought by Powis Castle and Garden in 1999 with help from the Art Fund. It will be part of The Fabric of India exhibition at V&A in London until 10 January 2016.