From a Yongle sword to a Daoist shrine, we pick out the key pieces from the British Museum's sensational new show. 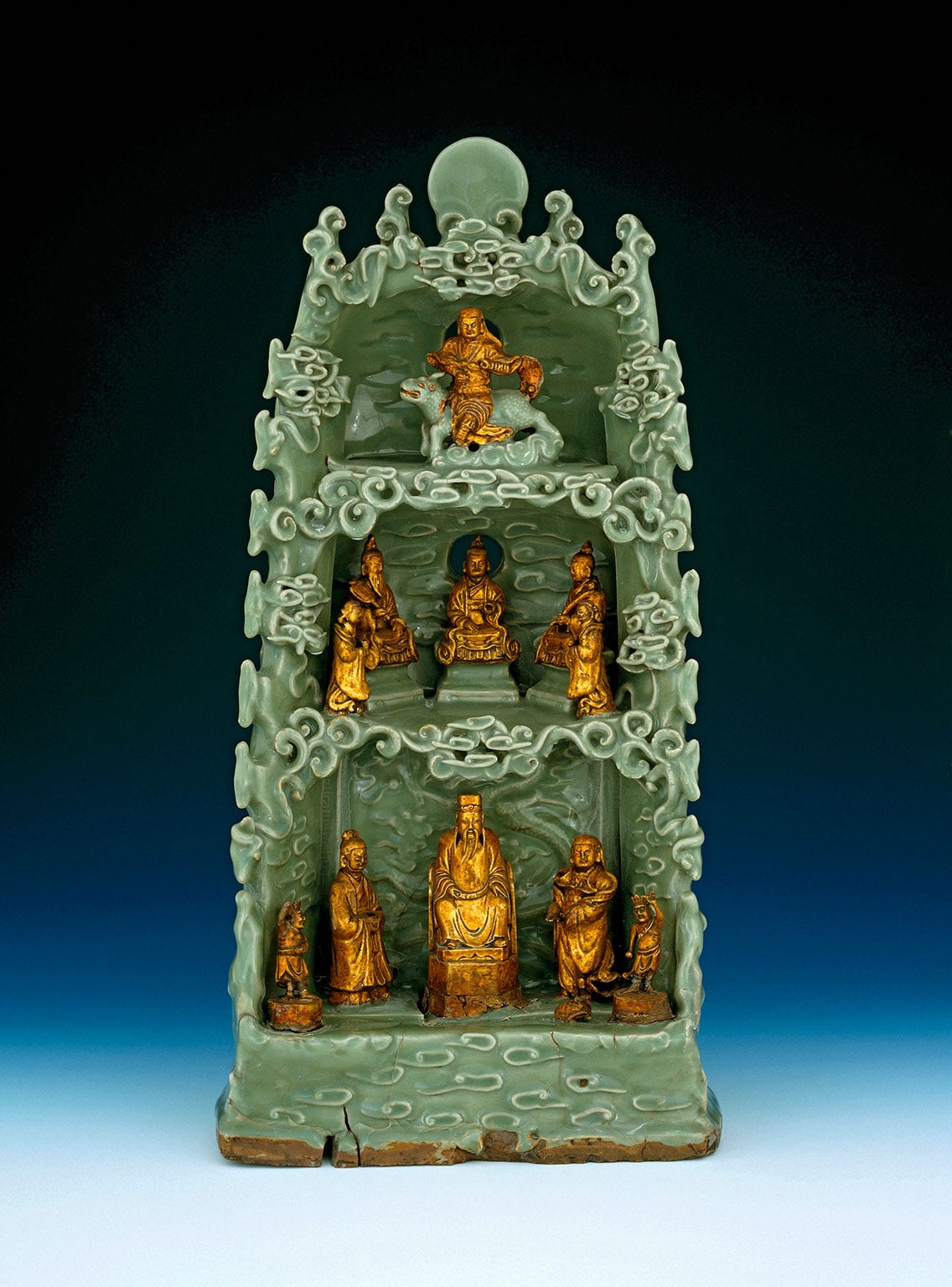 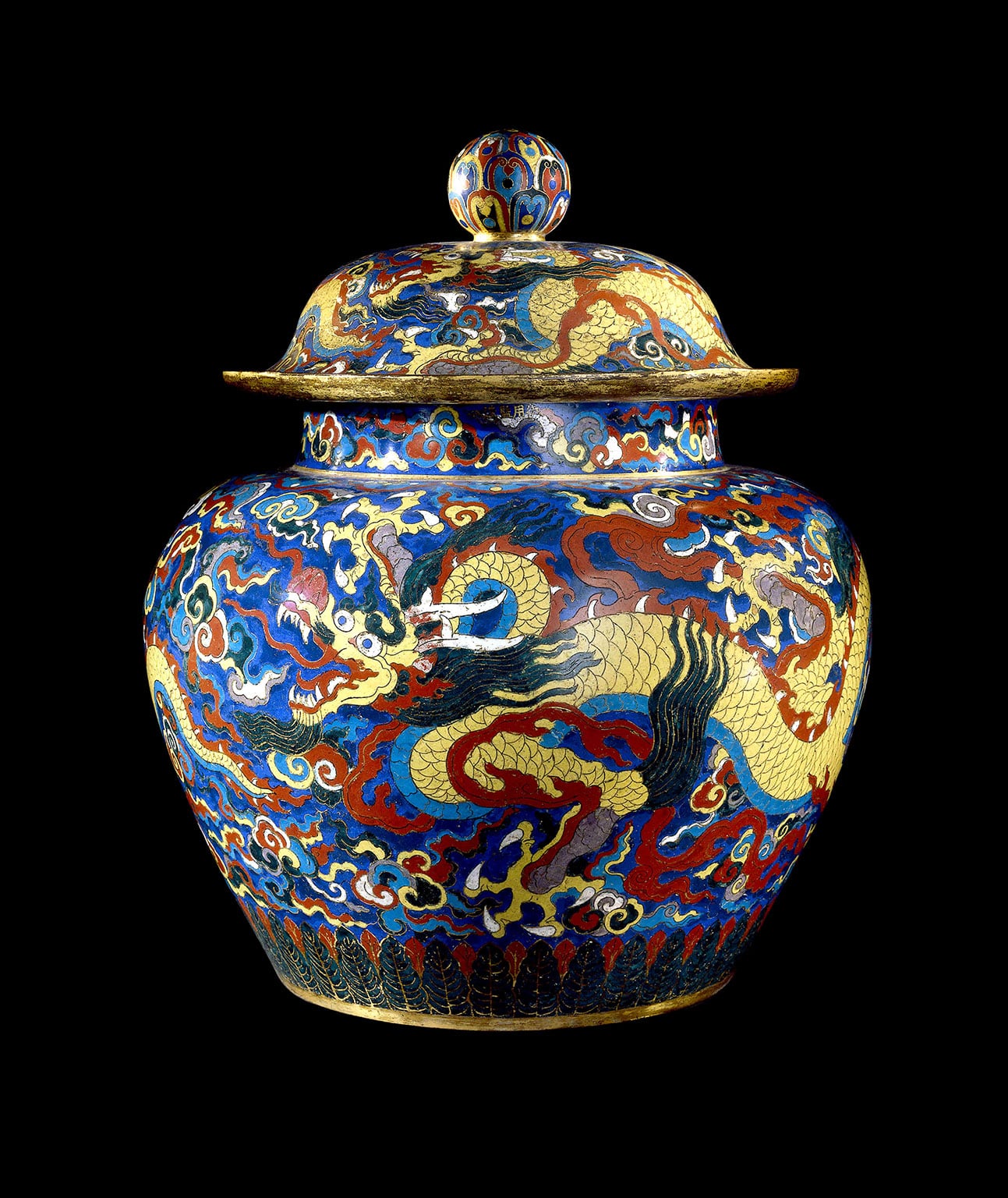 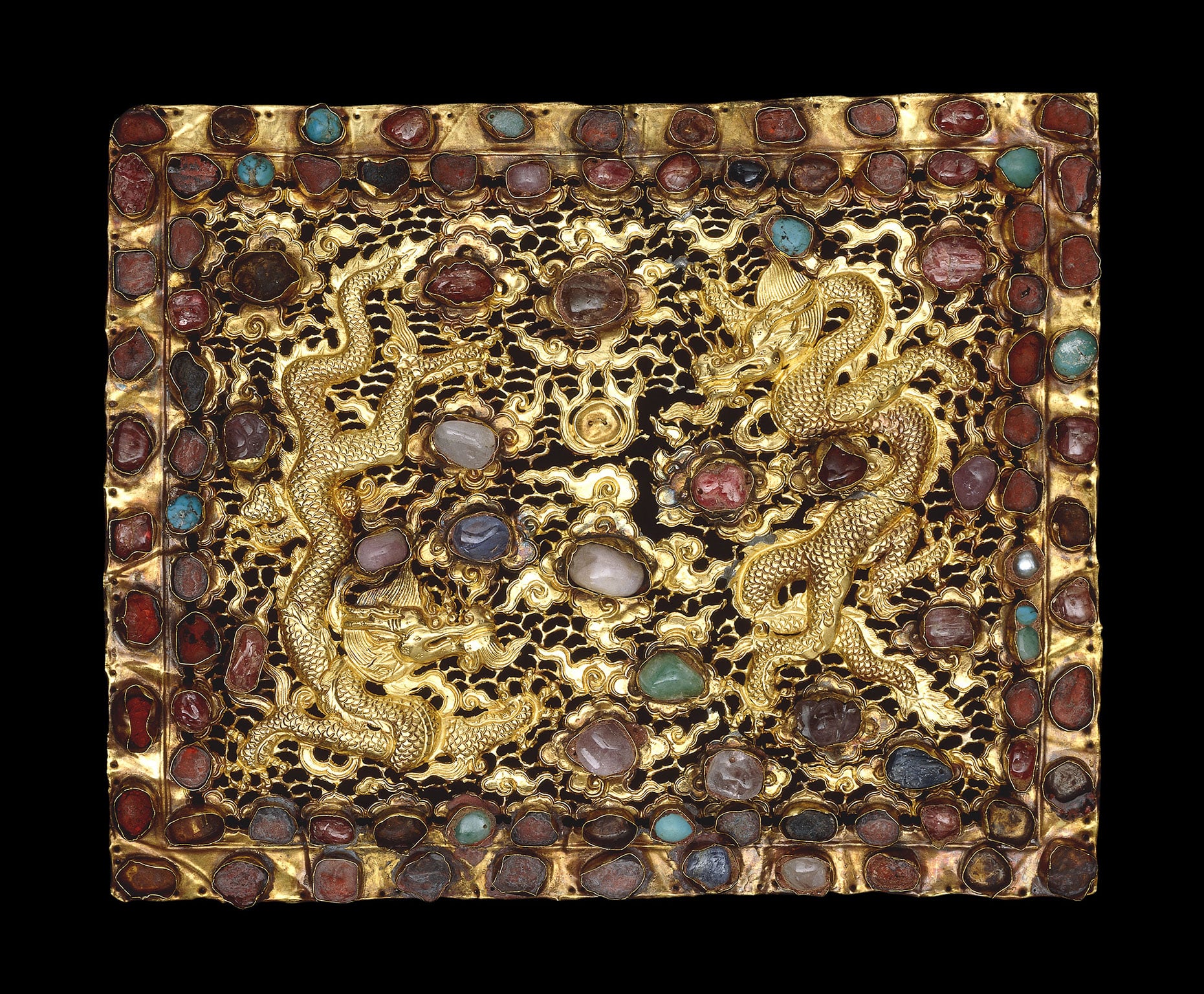 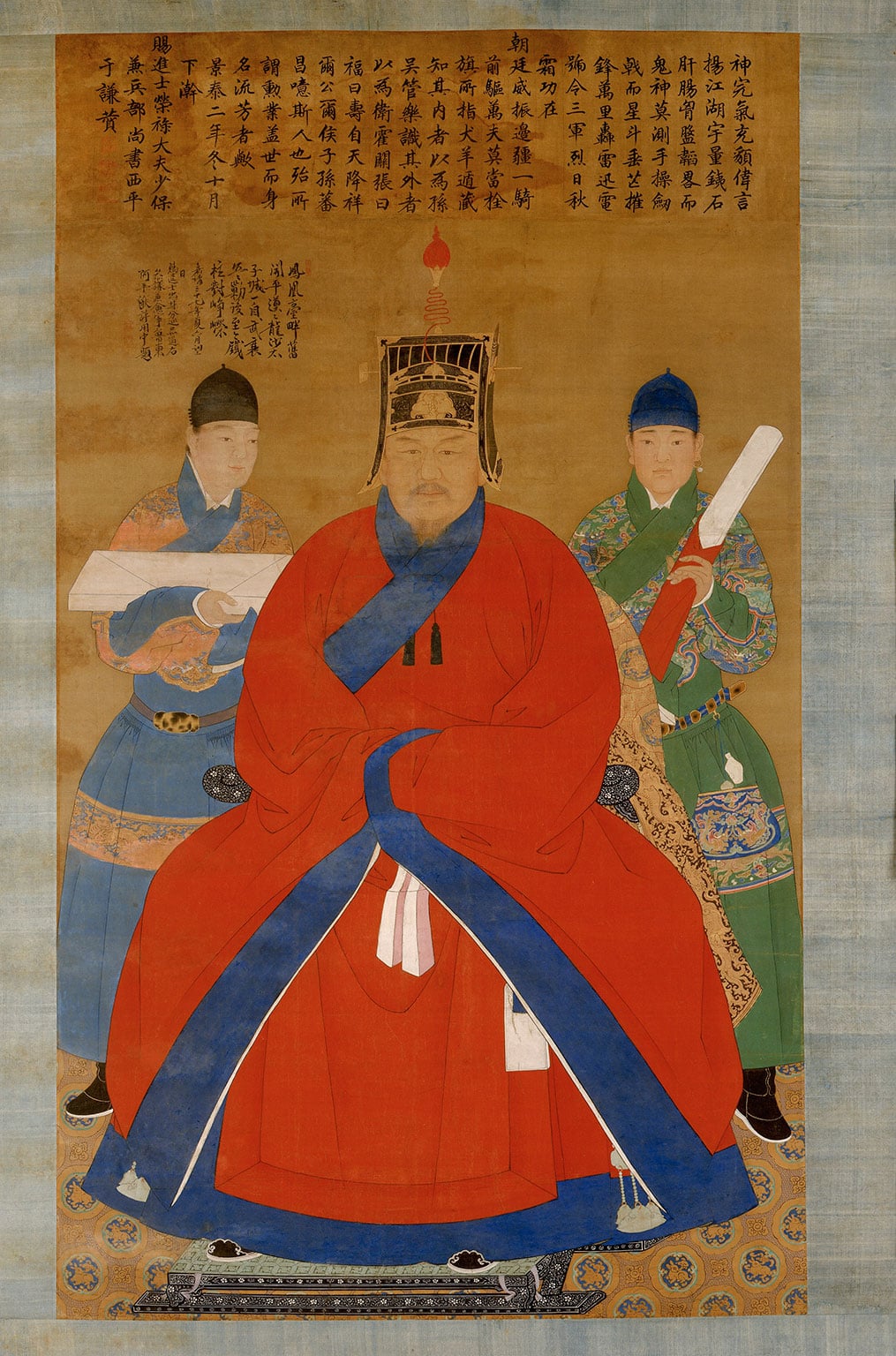 During the Ming era Daoism was one of the main religious faiths in China and this shrine is dedicated to some of its most important gods and guardians. At the top is Lei Gong, the supreme god of thunder, who can be seen riding on a mythical beast known as a qilin. It was believed that this mighty deity was instructed directly from heaven and would punish earthly mortals who were guilty of secret crimes. He was also known for being extremely prudish.

The quality and craftmanship of a sword indicates the rank of its owner and so it's not surprising that this bejewelled piece – one of the finest to survive from the period – was commissioned by the Yongle emperor himself. It is thought to have been made either as a gift for a Tibetan ruler or for the emperor's own personal use. At the centre there is a Sanskrit inscription which has been interpreted to mean 'Precious sword'.

Craft flourished during the Ming era as emperors clamoured to obtain brightly coloured objects to decorate their vast palaces. Their patronage enabled the development of specialist techniques like Cloisonné – a time-consuming and costly affair that involved the repeated melting and cooling of glass, gilding and polishing. According to the two inscriptions under the rim of this jar, it was made for the Xuande emperor under the supervision of eunuchs.

These opulent textile furnishings must have made for an imperial family member; they are set with rubies and semi-precious stones that were imported from across Asia and restricted by law. The piercings at the edge reveal that they would have been used to decorate pillows. Seen within the metalwork are a pair of golden dragons – a symbol of power, strength and good luck, but only for those who are worthy of it.

General Yang Hong was an important military commander, posted to the sensitive northern frontier to provide protection against invasions from Mongol leaders. This, his only surviving ancestral portrait, bears the inscription: 'Like rivers and lakes were his natural capacities, of iron and stone were his liver and bowels. His mind probed tactics that neither demons nor gods could fathom; he wielded his sword and halberd like the sparkling rays of the stars'.

Ming: 50 years that changed China is at the British Museum until 5 January 2015.