What Wedgwood has in common with Honda, how smallpox sparked off an industrial revolution, and 3,000 ways not to make a pot – we dig up some surprising facts from Wedgwood's history. 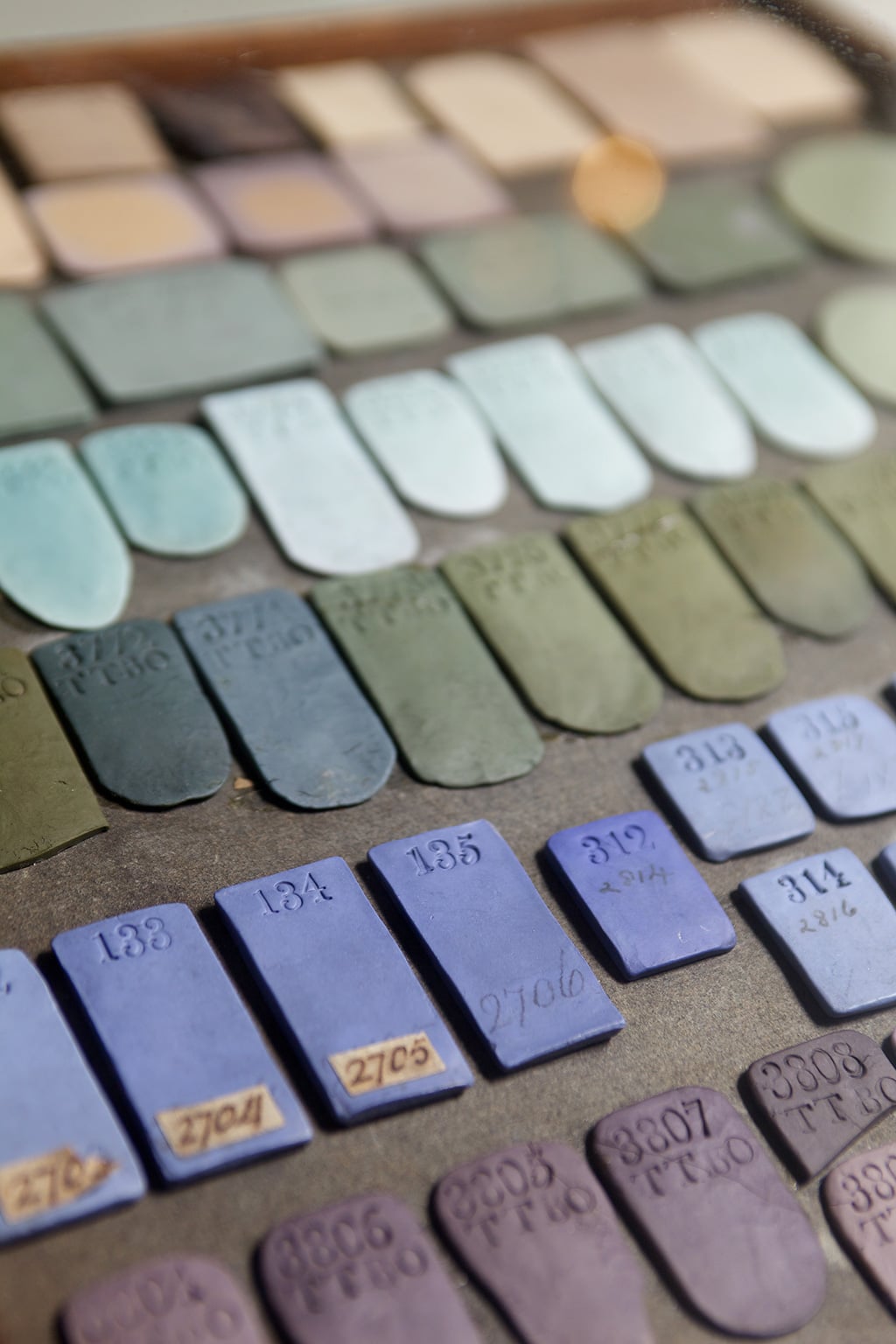 Tray of Jasper trials, each marked with a number corresponding to Wedgwood's 'Experiment Book', © Phil Sayer

Josiah Wedgwood I is credited with industrialising the ceramics industry, but many of his innovations have their origins in a childhood illness. Hailing from a family of potters, Josiah I contracted smallpox at an early age, leaving him without the full use of his right leg and making it impossible for him to work with a traditional pedal-driven pottery wheel. Rather than hindering his career as a potter, Josiah's bad leg became the catalyst for a revolution in ceramics, forcing him to focus his attentions on the science of ceramics and alternative methods of production.

2. Darwin wasn't the only family member to marry his cousin

It's fairly well-known that the Wedgwood family was featured several intermarriages – Charles Darwin famously married his cousin Emma Wedgwood, whose brother married Darwin's sister – but it's less well known that the head of the family, Josiah I, was himself married to his third cousin Sarah Wedgwood. Those intermarriages blamed for the poor health suffered by the family, after the damaging effect of 'blood marriages' was established in the mid-19th century by a scientist who would go on to campaign for greater public awareness of its effects: Charles Darwin.

3. They had one of the first steam-powered factories

Josiah Wedgwood's lifelong friend and collaborator, Erasmus Darwin, was an enthusiastic 'natural philosopher' who, when he wasn't creating breakthroughs of his own, kept abreast of the latest developments in science and technology. Darwin was intrigued by the possibilities of the steam engines produced by Watt and Boulton – fellow members of the Lunar Society – and encouraged Josiah to invest in steam power units for his factory. In 1782, Wedgwood's factory in Etruria was equipped with the new technology, making it one of the most advanced factories in the world at the time.

4. Wedgwood was a great inventor… despite leaving school at nine

Josiah's father, Thomas Wedgwood, died in 1737 when Josiah was aged only seven. With his father gone and the family needing an income, Josiah left school at the age of nine, serving as an apprentice to his elder brother at the Churchyard Works. Despite lacking a formal education, Wedgwood was a prolific inventor, and was credited with creating the pyrometer – a type of thermometer designed to withstand the searing heat within kilns – earning himself membership to the Royal Society.

Soichiro Honda, a great industrialist from another age and place to Wedgwood, said that success was 99% failure; Thomas Edison, struggling to perfect an invention, said that he hadn't failed – he'd just found 10,000 ways that didn't work. For Josiah I, the figure was somewhere between Honda's and Edison's: it took him 3,000 ceramic samples before he successfully created jasperware, a variety of stoneware modelled on the ancient Portland Vase that would become the basis of Wedgwood's most iconic products.

The Wedgwood Collection contains thousands of Wedgwood's historic ceramic samples, Josiah Wedgwood's correspondence with Erasmus Darwin, and tens of thousands of pieces comprising one of the greatest industrial archives on the planet. Donate to help save this irreplaceable collection from being sold off.