From a broom-wielding Eric Cantona to a cricketer whose drinking habits bankrupted a tour of Australia – discover our favourite five works showing the colourful world of sport. 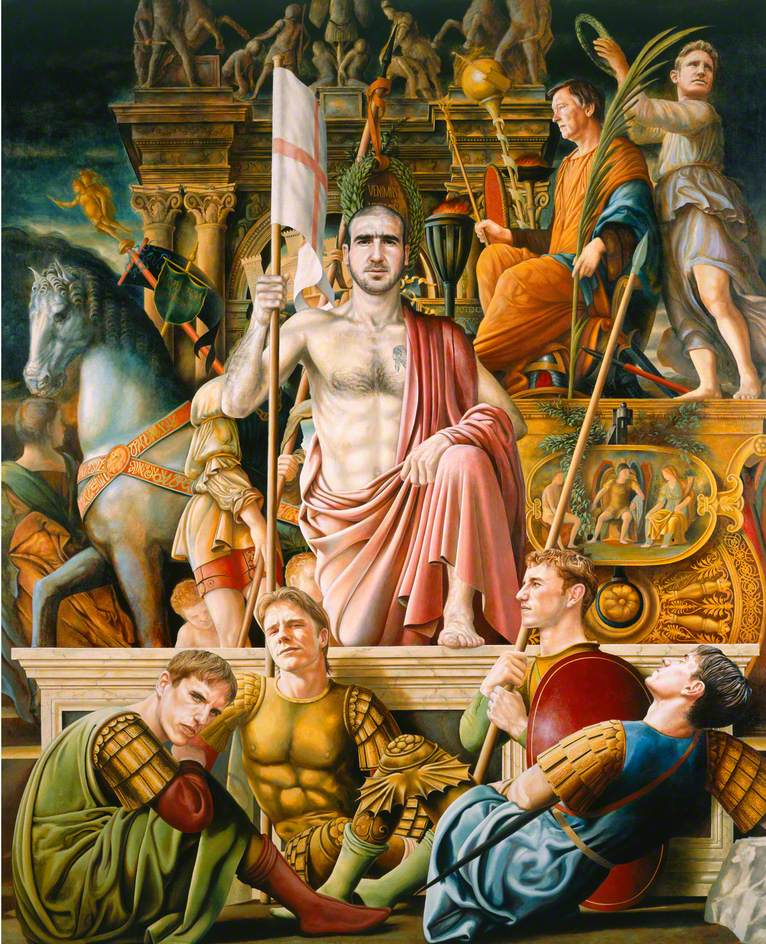 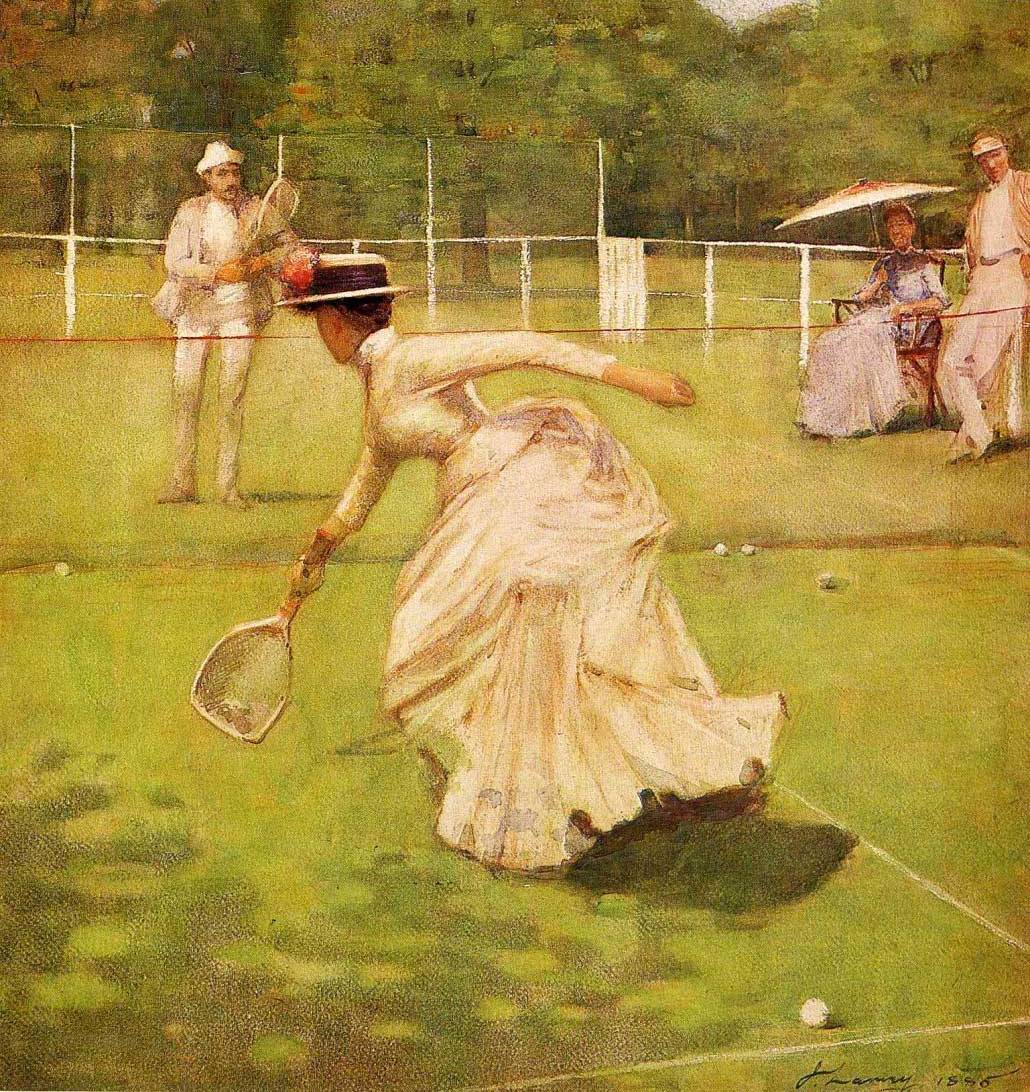 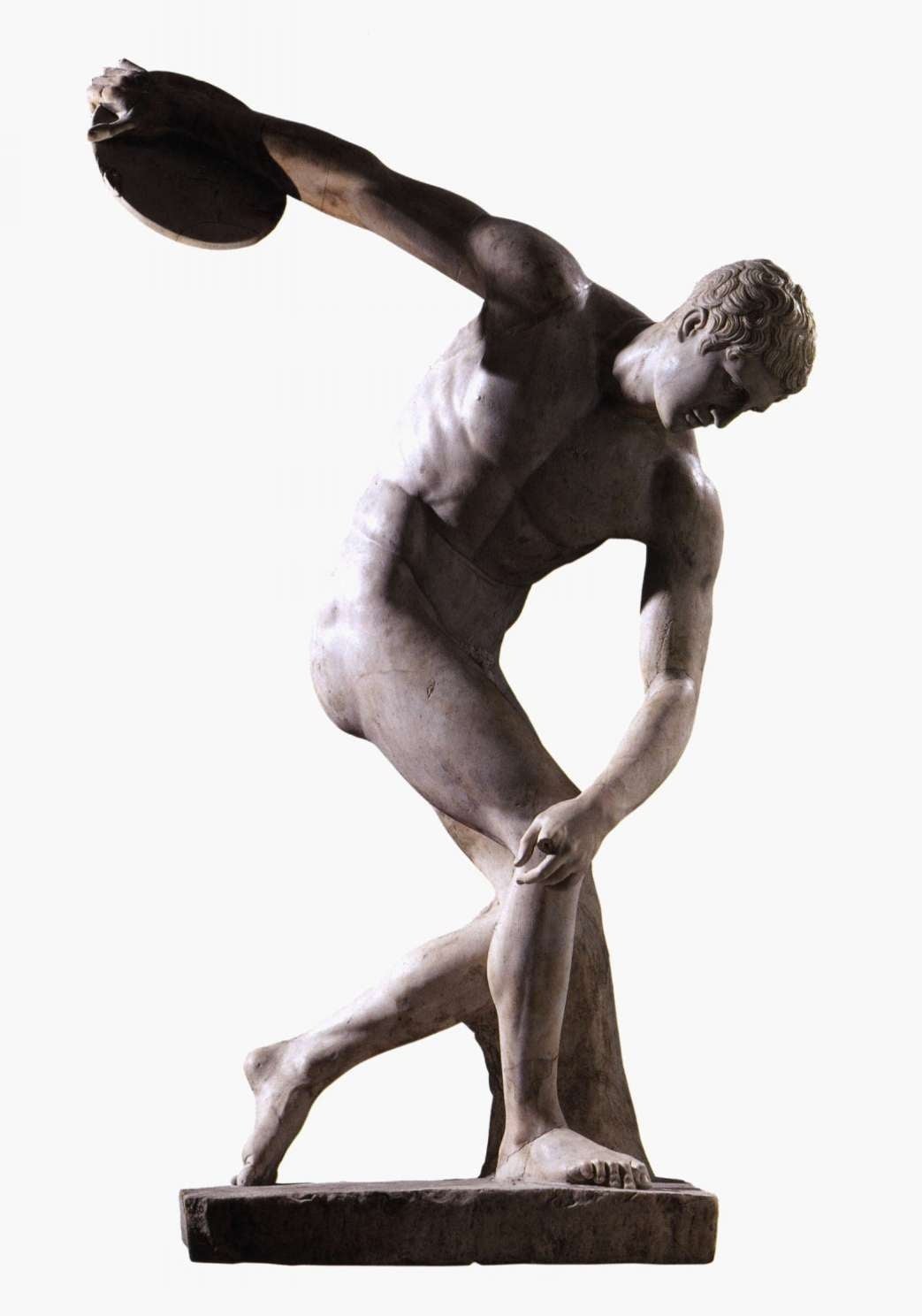 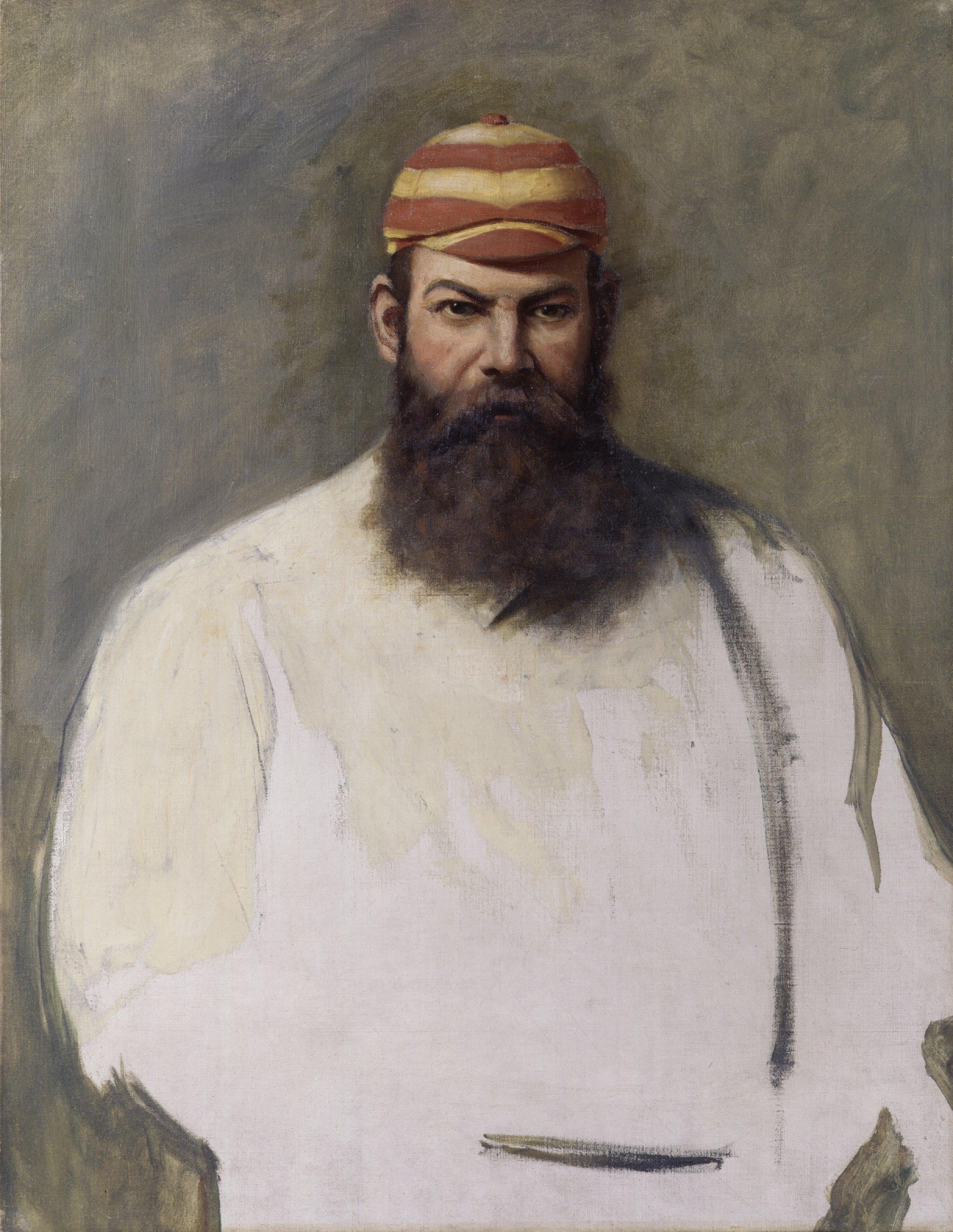 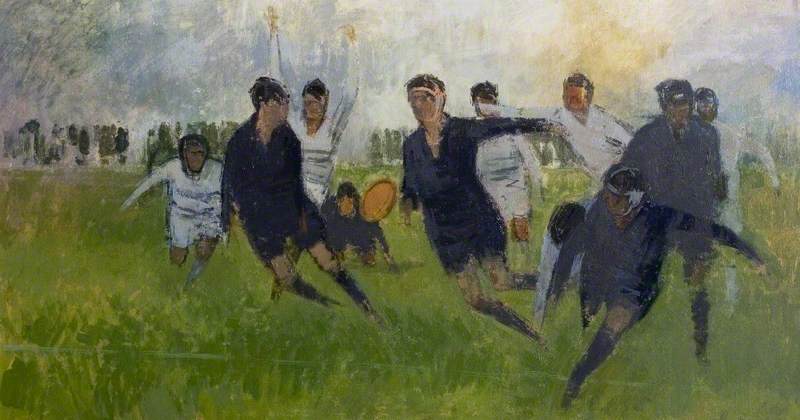 Eric Cantona as the resurrected Christ prostrates himself in front of Alex Ferguson's Caesar, who is crowned by little-known Manchester United defender John Curtis. Beneath, a young David Beckham slumps provocatively against a podium with Gary Neville, Phil Neville and Nicky Butt. While the iconography is questionable, the Art of the Game captures the mania of fandom better than any sporting painting before or since. The artist, Manchester United supporter Michael Browne, spotted team icon Eric Cantona in a bar and approached him to pose for the painting. On one knee and with a broom for a flag, United's number seven posed for Browne on the spot, and the painting was completed using photographs of his Old Trafford teammates. Cantona bought the completed painting, which is on indefinite loan to the National Football Museum.

The Irish painter John Lavery lived an eventful life, moving to Glasgow's Haldane Academy in 1870 before studying at the Académie Julian in Paris during the 1880s. He eventually returned to Glasgow and was associated with the Glasgow school, winning commissions to paint Queen Victoria's state visit to the Glasgow International Exhibition and establishing himself as a successful society painter. His appointment as official artist in the First World War was short-lived, after he was injured in a serious car crash during a bombing raid. This painting of a man and woman engaged in a lawn tennis match is typical of Lavery's scenes of society life – the scattered balls, casual attire and smiling onlookers capture the atmosphere of an autumn game.

The discus was the first event in the ancient Greek pentathlon, and while pentathletes didn't attract the respect of single-event sportsmen, their physiques were praised for their harmonious proportions, as the range of events worked all muscle groups evenly. Despite their celebrated physiques, ancient discus throwers were pale imitations of their contemporary equivalents – while today's world record stands at over 70 metres, in antiquity a throw of 30 was considered newsworthy. This marble copy is mostly accurate to Myron's bronze original, with one key exception: the head of the figure has been wrongly restored, facing the ground when it should be turned to look back towards the discus.

Some sportsmen transcend their sports. William Gilbert Grace, better known as 'W.G.', not only transcended cricket but redefined it, over a 35-year career in which he broke innumerable records. Grace had a distinctive appearance, with 'ample girth' and an enormous beard that 'scorned the puny modern fashion of moustaches'. He was a qualified medical practitioner and a famously heavy drinker – when Lord Sheffield toured Australia in 1891-92, the overheads incurred through Grace's drinking were held partly responsible for Sheffield's failure to return a profit. While Grace was a formidable all-rounder on field, his batting was the strongest weapon in his armoury, scoring him almost 55,000 runs over his first-class career.

Sports are an ideal subject for an artist with a gift for conveying movement. Pictures of games were central to Lawrence Toynbee's career, which saw him painting subjects from school boxing to the clash of Chelsea and Tottenham Hotspur at Stamford Bridge. Strongly influenced by Anthony Fry's paintings of dancers, Toynbee captured the speed and dynamism of a sport match at full pelt, as in this impressionistic rendering of a rugby game. The forwards' legs are reduced to footless streaks of paint, their faces undistinguishable within the movement. Toynbee's own sporting prowess may have helped his art: he bowled out three first-class batsmen while representing Oxford against the British army in a cricket match at Lord's in 1942. His brother Philip, a celebrated man of letters in his own right, was the father of Guardian columnist Polly Toynbee.

Which country should win the Art World Cup? Take part in our poll for the chance to win an iPad mini.