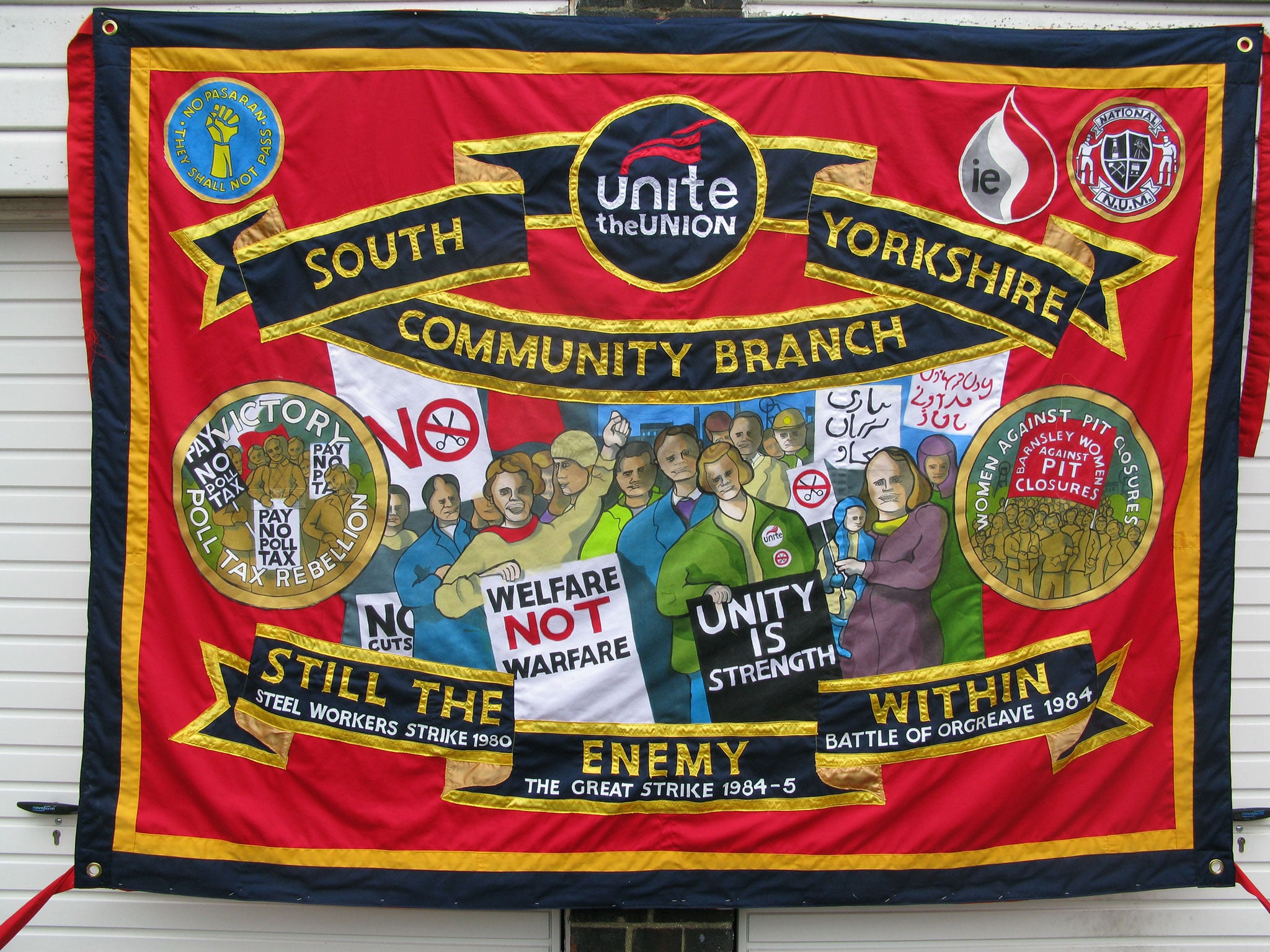 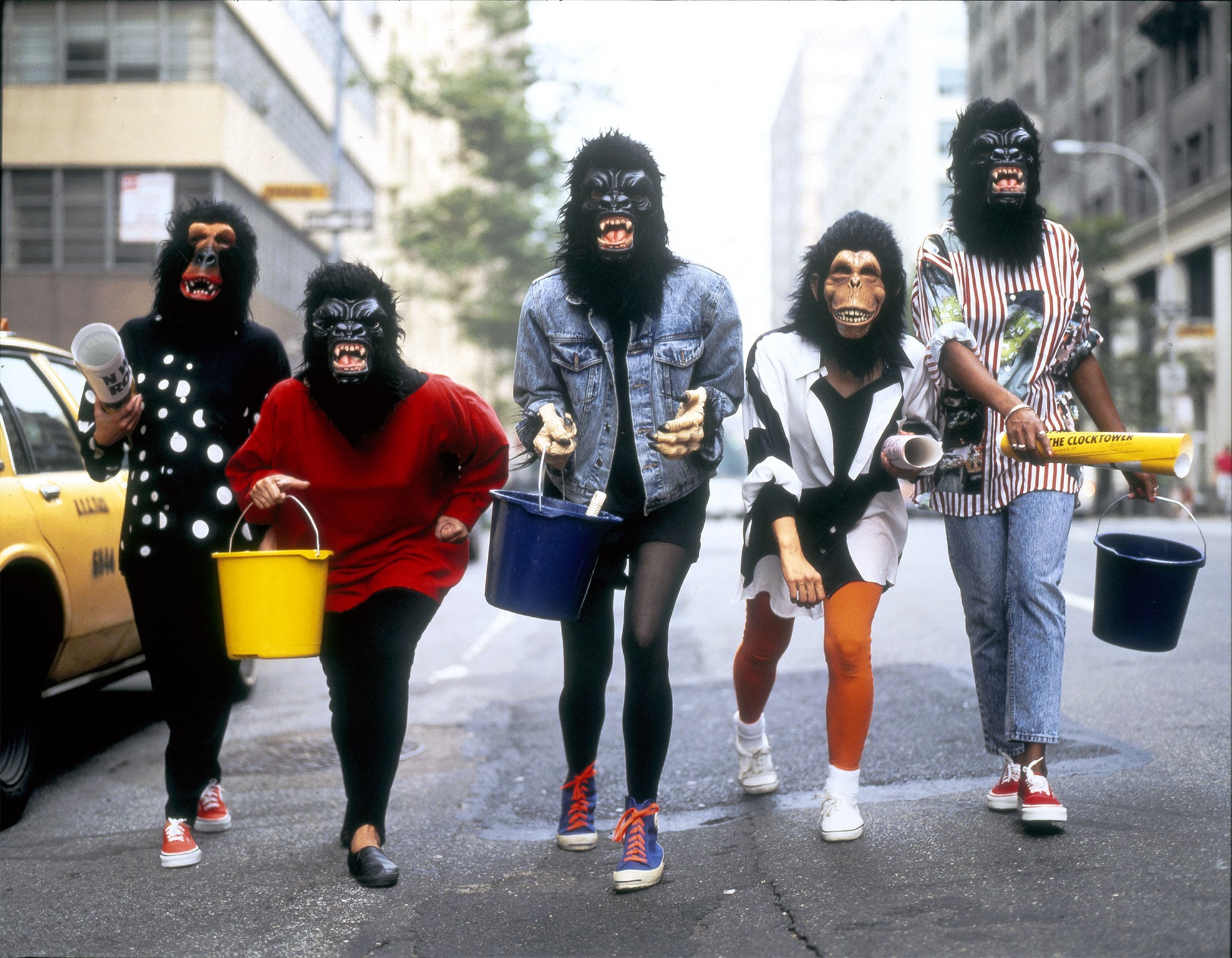 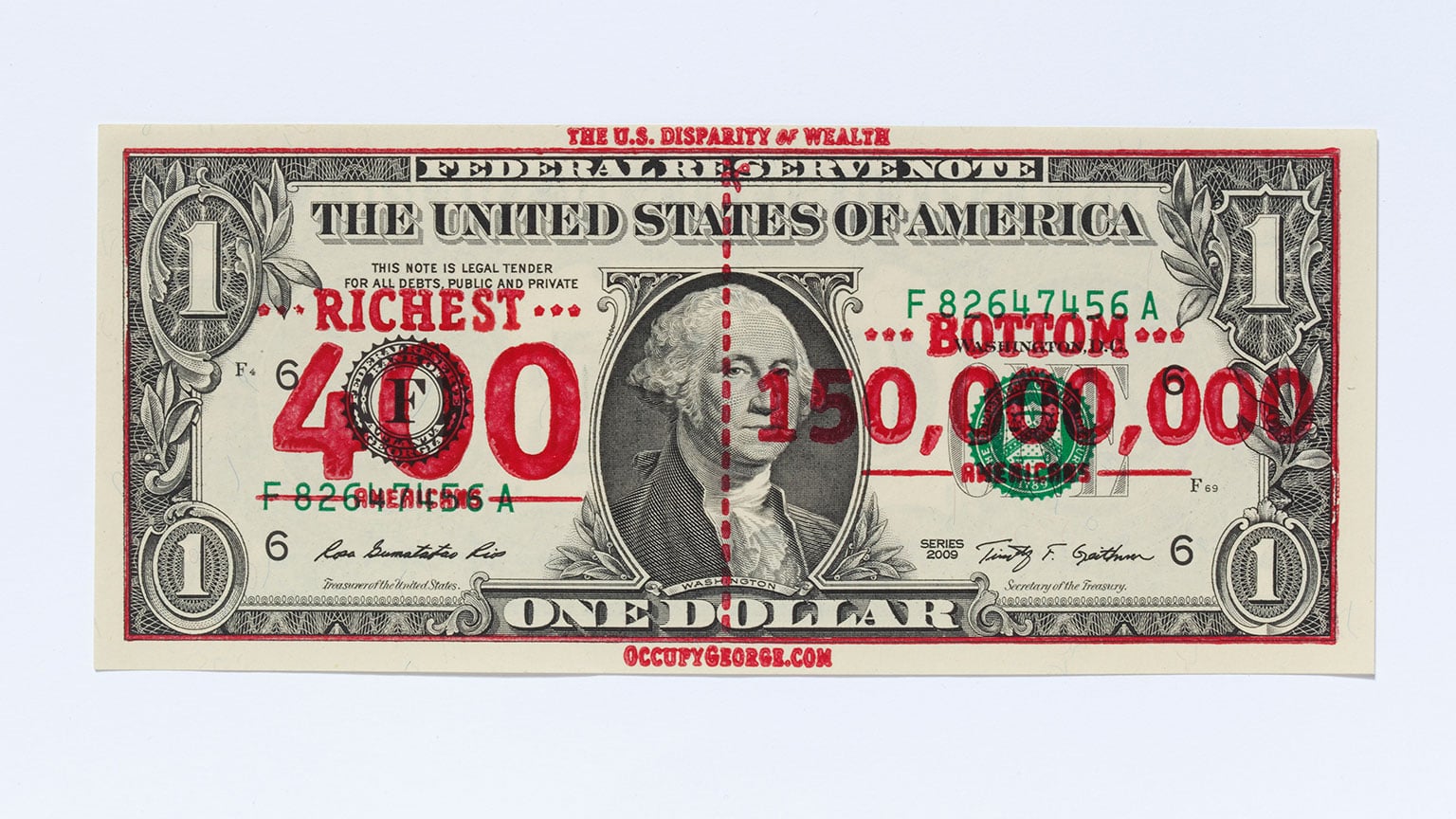 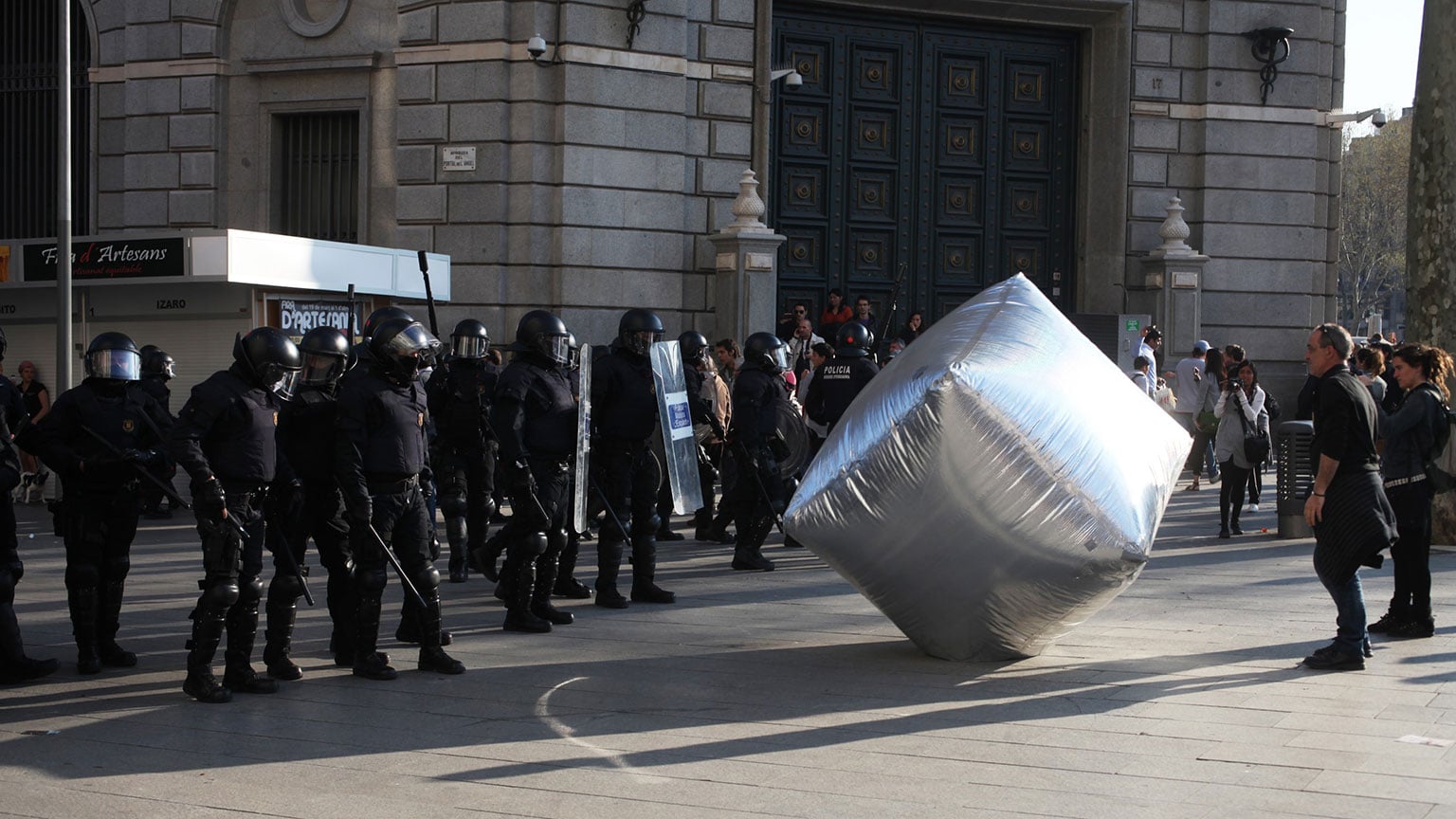 1. Banner for UNITE the union

Architect-turned-banner-designer Ed Hall is best known for his decade-long collaboration with artist Jeremy Deller, but he has been making protest art for union groups for over 30 years. This particular example was created for the South Yorkshire branch of Unite and was used at a march in support of the NHS in Manchester in 2013. Working from his south London garage, Hall hand-stitches the banners himself, and estimates that this piece took about 150 hours to complete. It features the Thatcher quote 'Still the enemy within', which is surrounded by iconography referencing the miners' strike, poll tax rebellion and welfare cuts. Hall is the leading designer of protest banners in the UK, and as well as producing designs for Deller's exhibitions at the Palais de Tokyo in Paris and the English pavilion in Venice, he has worked on commissions for the Ian Tomlinson campaign, the post office strike and to commemorate the victims of the 1999 Brixton nail bomb.

Self-styled 'feminist masked avengers', the Guerrilla Girls was formed in 1985 in response to the Museum of Modern Art In New York's An International Survey of Painting and Sculpture exhibition – intended to be a summary of the 'most significant contemporary art in the world'. Out of 169 artists, only 13 were women, all were white and either from Europe or the US. Enraged by the exhibition's narrow-minded approach, seven female artists donned masks and postered the city with damning stats that revealed the most influential galleries and museums had almost no work by women in their collections. Since then, the group has gone onto protest against sexism, racism and corruption in politics, art, film and pop culture; conducting 'weenie counts' in museums, covering Sundance Film Festival with stickers and posters and writing and distributing parody 'herstory' books while in gorilla dress. On the use of disguise the group has said 'anonymous free speech is protected by the Constitution. You'd be surprised what comes out of your mouth when you wear a mask'.

During the Occupy Wall Street demonstrations, protestors circulated dollar bills that had been printed with fact-based infographics about economic disparity in the US and how the wealthiest 1% of Americans were hoarding wealth. The stamps were created by two advertising professionals working under the pseudonyms by 'Ivan' and 'Andy', who consulted experts to ensure that the defacement of the bills was legal. The designs were also made available to download, enabling people all over the country to print the graphics on bills and 'occupy' US currency for themselves.

Working for the Eclectic Electric Collective, Artúr van Balen has produced a series of inflatables for use in demonstrations; from a 12-metre silver hammer to a pair of lungs that inhaled and exhaled air. The idea originated when the group wanted to support the protests at the United Nations Climate Summit in Copenhagen in 2009, but did not want to create extra emissions by flying there. Instead, they sent an inflatable. It attracted a huge amount of media attention, and the group realised they could use these large-scale pieces to create a spectacle. The inflatable cobblestones, used in protests in Berlin and Barcelona in 2012, were rolled across the streets towards police in order to confuse and outfox them, captured in comical film footage. Cobblestones were chosen as they have been used in social uprisings since the times of ancient Rome, both for barricades and as weapons of defence.

While British artist Carrie Reichardt was making the mosaic-covered Tiki Love Truck in 2007, she found out that her friend and death-row inmate, John Joe 'Ash' Amador, was to be executed by the State of Texas. Deciding to dedicate the piece to his memory she travelled to the US with her artistic collaborator Nick Reynolds in order to be present for Ash's death. After the execution, the pair took Ash’s body to a cabin in the local woods where Nick cast his death mask and added it to the front of the truck. Ten days later, they drove the vehicle in the Art Car Parade, Manchester, in protest of the death penalty and it has been exhibited around the country ever since. A Polynesian-inspired design made using brown paper templates and tiles; the truck took a team of five artists three months to complete.

Disobedient Objects is at The V&A Museum in London from 26 July – 1 February 2015. Entry is free to all.