Kelly Grovier reviews this exhibition of the satirical work of Matthew and Mary Darly, whose comic prints poked fun at the excesses of 18th-century society. 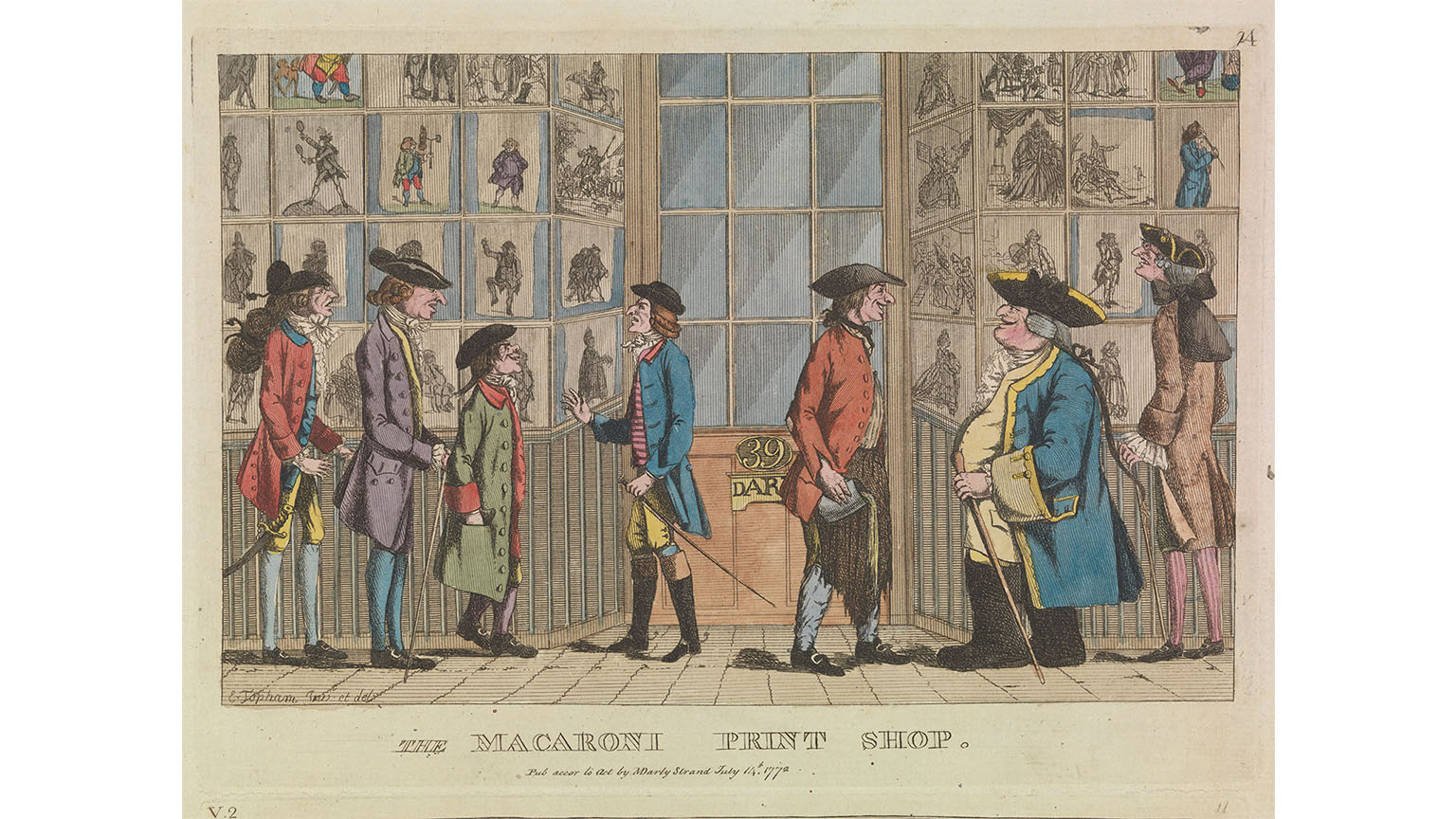 No one satirised the fashions and foibles of the London elite in the 1770s quite as devastatingly as Matthew and Mary Darly, a husband-and-wife partnership who designed, engraved, published, and marketed some of the most playfully pungent images of the age.

In their heyday, the Darlys ignited the curiosity of crowds impatient to see the pretensions of the aristocracy unmercifully lampooned. Each spring, between the years 1773 and 1778, the pair’s shop in Covent Garden hosted ‘Darly’s Comic Exhibition’ – a spectacle of hundreds of hand-coloured comic prints that triggered a traffic jam of carriages along the Strand as rubberneckers halted to catch a glimpse of the caustic caricatures.

Belfast’s Ulster Museum has borrowed more than 100 prints from the Chester Beatty Library in Dublin in order to recreate something of the impish ambience of the Darlys’ shows. From the very first print on display, which pokes fun at a trio of preening antiquaries as they debate the identity of a classical bust, it is clear that pomposity, as a defining characteristic of privileged society, is chiefly what qualifies a contemporary figure for tease and taunt.

Among the more alluring prints are those that mock the affected fashions adopted by the beau monde fresh from the Grand Tour. The Flower Garden (1777) is a profile portrait of an overcoiffed female socialite whose ‘pouf’, or headdress, is so inflated an elaborate garden (complete with gazebo, hedges and resident groundskeeper) has been landscaped on top of it.

Though not every visitor will laugh along with each acerbic send-up of forgotten personalities whose celebrity has long since faded, the abiding gist of raucous irreverence is timeless, timely, and infectious.