From chess sets designed by the 18th-century's leading sculptors to 1960s Jasper-heeled shoes by the royal shoemakers, discover the greatest collaborative works produced by Wedgwood. 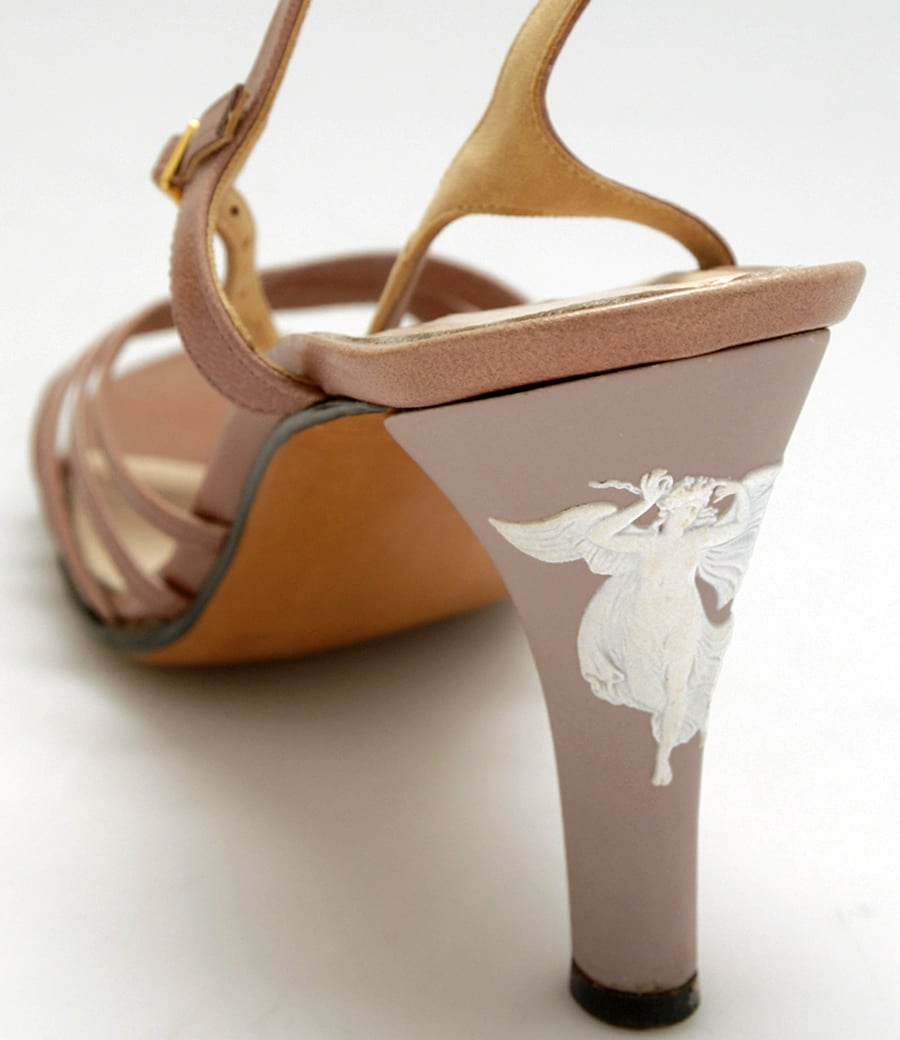 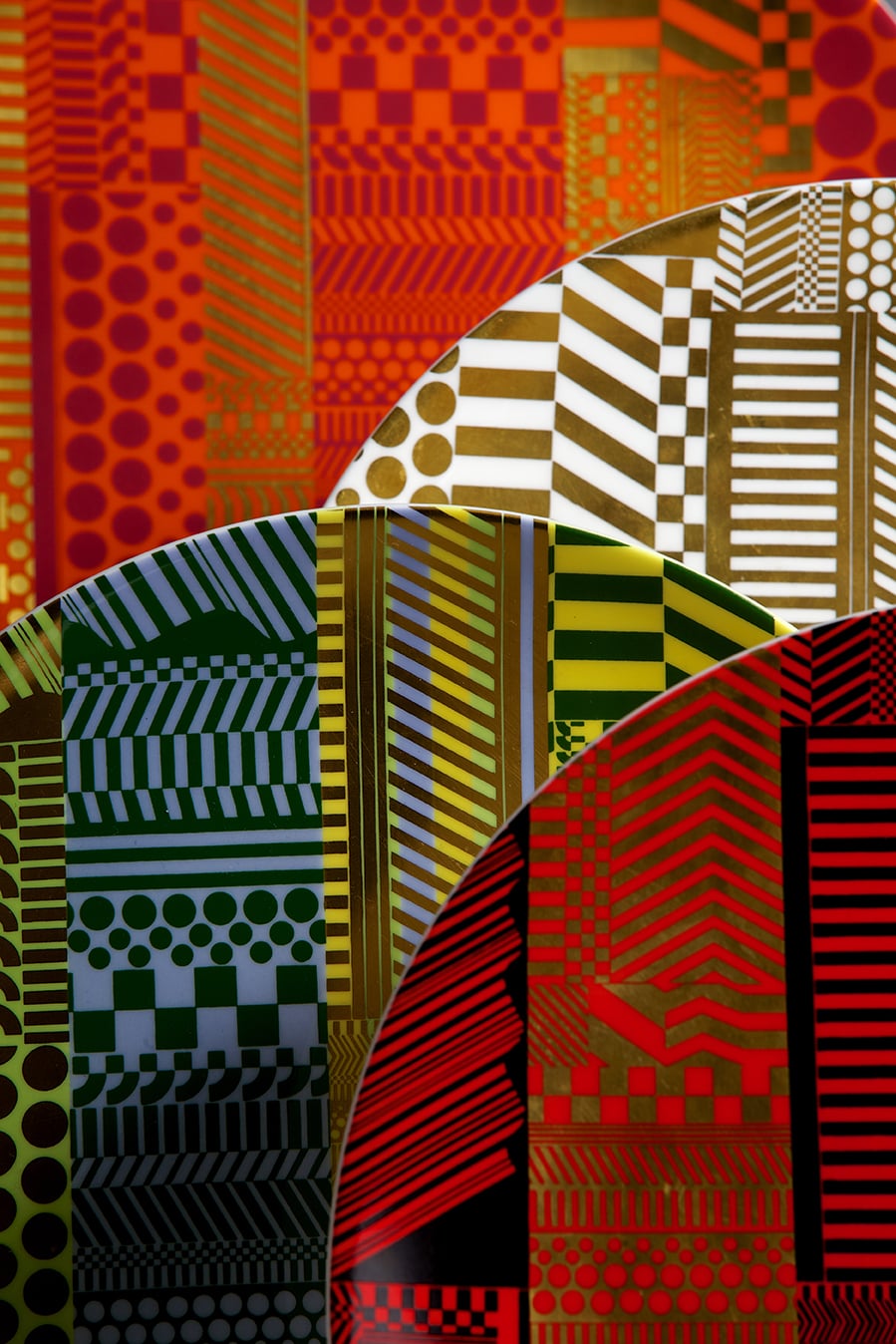 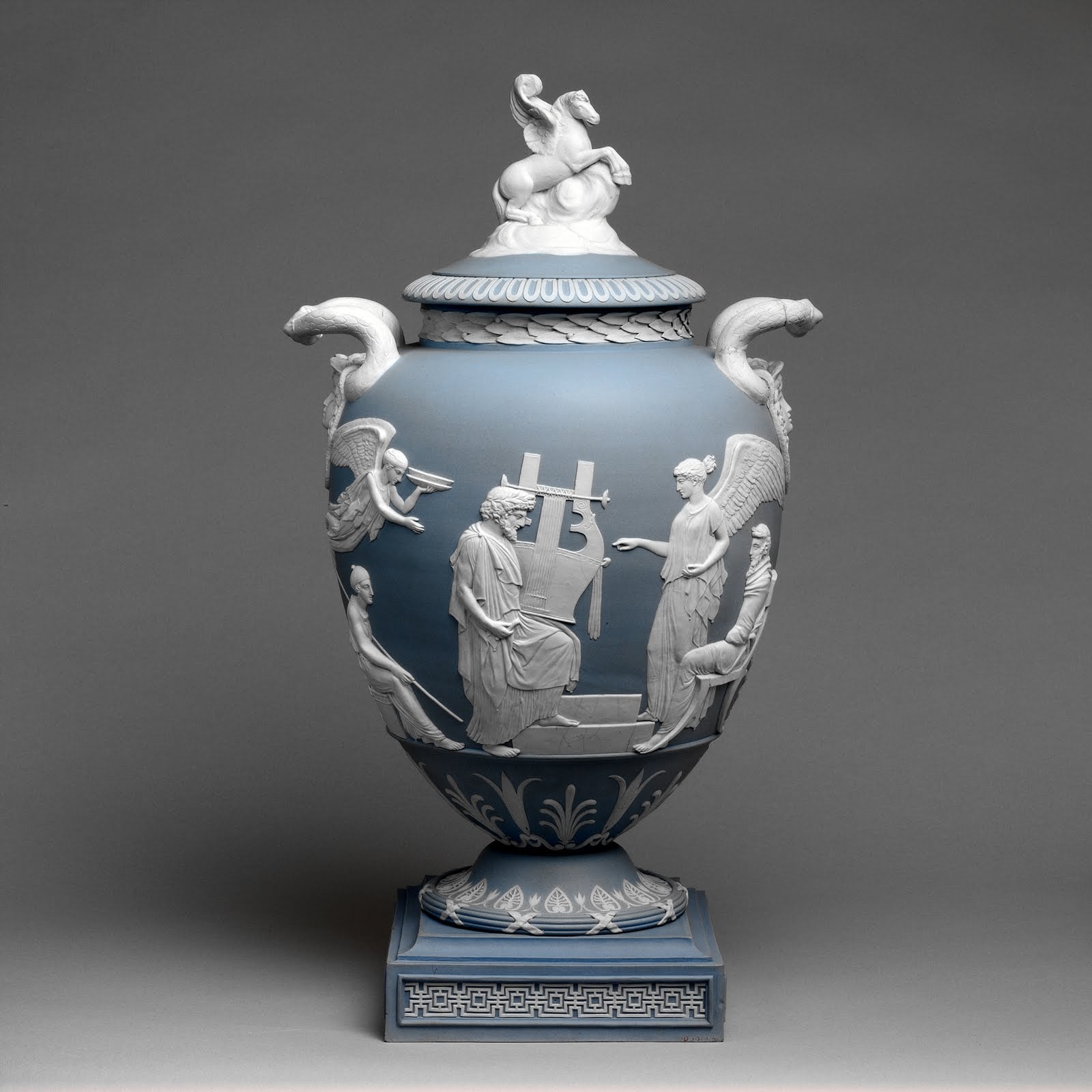 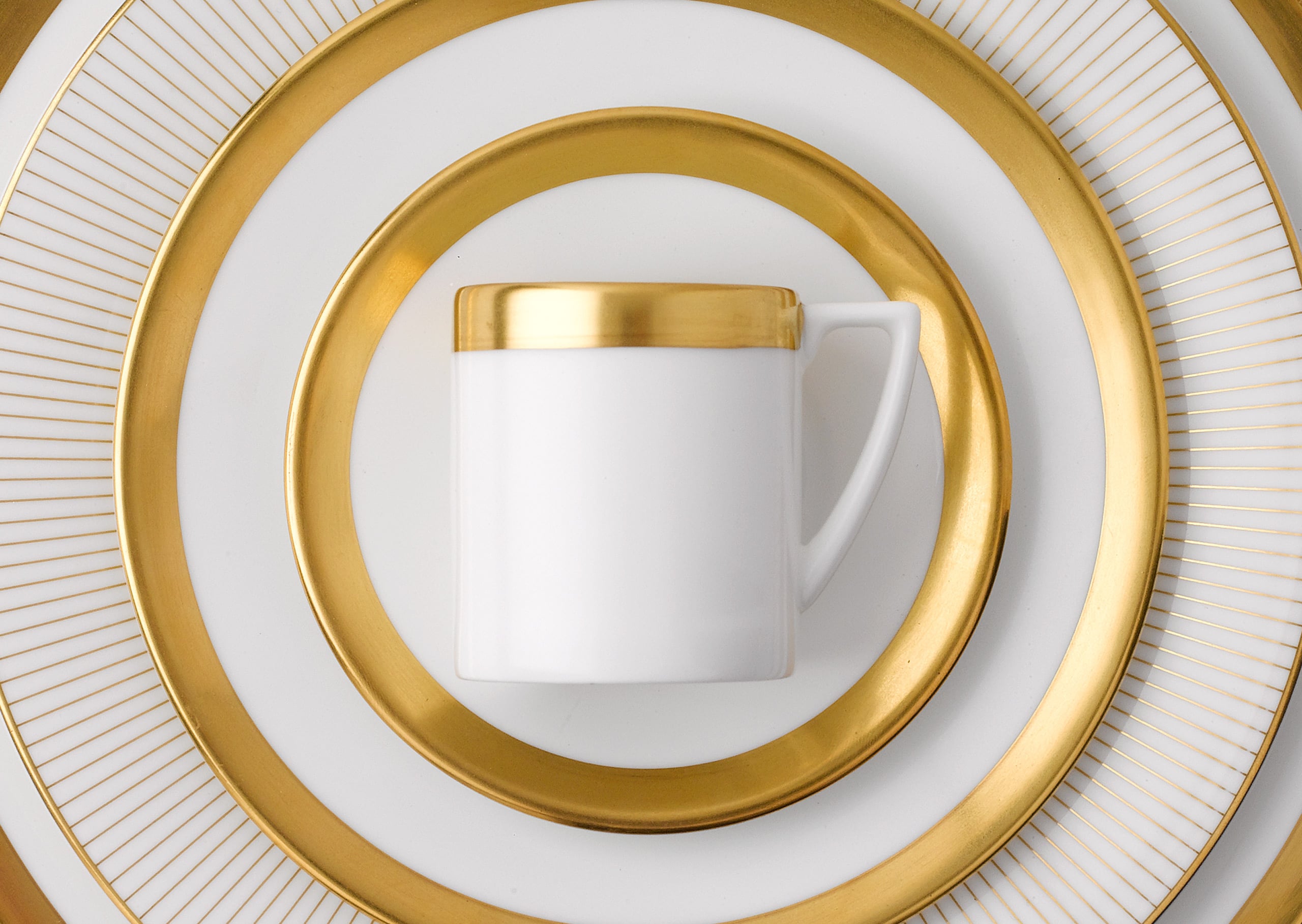 At the beginning of the 20th century, H&M Rayne primarily made shoes for theatre, but began targeting a broader audience from the 1920s, opening a store on London's Bond Street. Under the direction of Edward Rayne, who took control of the firm aged 28, the company was awarded three royal warrants, growing into a worldwide fashion name. Edward approached Wedgwood with the idea of creating shoes with a ceramic heel. The resulting shoes – originally produced in 1958 in pale blue, then reintroduced in 1977 in a range of vibrant colours – were stunning, featuring Jasper stiletto heels with a white bas relief of 'Hebe and the Eagle', a typical Wedgwood design since the 18th century.

Born near Edinburgh in 1924 to Italian immigrants, Eduardo Paolozzi inherited his family's ice-cream business, studying art by night. By 1944 he was attending Oxford's Slade Art School, by the 1960s he had become a widely celebrated artist, creating characteristic geometric sculptures. In the 1970s he designed a series of six plates for Wedgwood, using screenprinting methods to recreate the precise geometry of his art. The resulting series, Variations on a Geometric Theme, featured some of the most distinctive plates Wedgwood ever produced. Later, in 1989, Paolozzi would return to Wedgwood for a final design: a bone china print commissioned by the Art Fund as part of a series of limited-edition plates designed by contemporary artists.

From the first days of Josiah Wedgwood I, the Wedgwood pottery company collaborated with the greatest artists of the day to produce striking designs. Even George Stubbs, one of the greatest British painters, modelled two reliefs for Wedgwood: the Frightened Horse and the Fall of Phaeton. The most prolific of Wedgwood's early artists was John Flaxman Jr – the son of a modeller who won a scholarship from the Society of Arts (later the Royal Society of Arts) aged only 11. Flaxman brought an impressive range to Wedgwood, his most successful designs included a bas relief, The Dancing Hours; a library bust of Mercury; and a set of chess pieces, which remained in production for over a century.

One of greatest inter-war English artists, Eric Ravilious began working with Wedgwood in 1936. Sadly their collaboration was cut short: in 1940 Ravilious was made an Official War Artist, and lost his life two years later when an aircraft he was travelling in crashed. Restrictions on the production of decorated ware during war meant that many of his Wedgwood designs weren't mass-produced until a decade after his death. His designs ranged from relatively subtle variations on traditional dinnerware to more novel designs – his earliest Wedgwood design was his Edward VIII coronation mug, while his 1937 Alphabet mug featured the 26 letters of the alphabet, with each letter accompanied by an illustration, from an aeroplane to a zeppelin.

​Collaborations remain an important part of Wedgwood's work today, with current high-profile designers including fashion icon Vera Wang. In 2001, Wedgwood approached iconic British designer Jasper Conran to apply his elegant signature aesthetic to creating homeware. One of the highlights of their collaboration was a series of items decorated with pewter lustre, giving the pieces a deep, reflective finish. Conran's designs for Wedgwood have continued to evolve through their relationship, and the Jasper Conran at Wedgwood collection remains in production today.

Donate to help save the Wedgwood Collection from being broken up and sold off. Every donation, large or small, takes us a step closer to saving this irreplaceable collection.