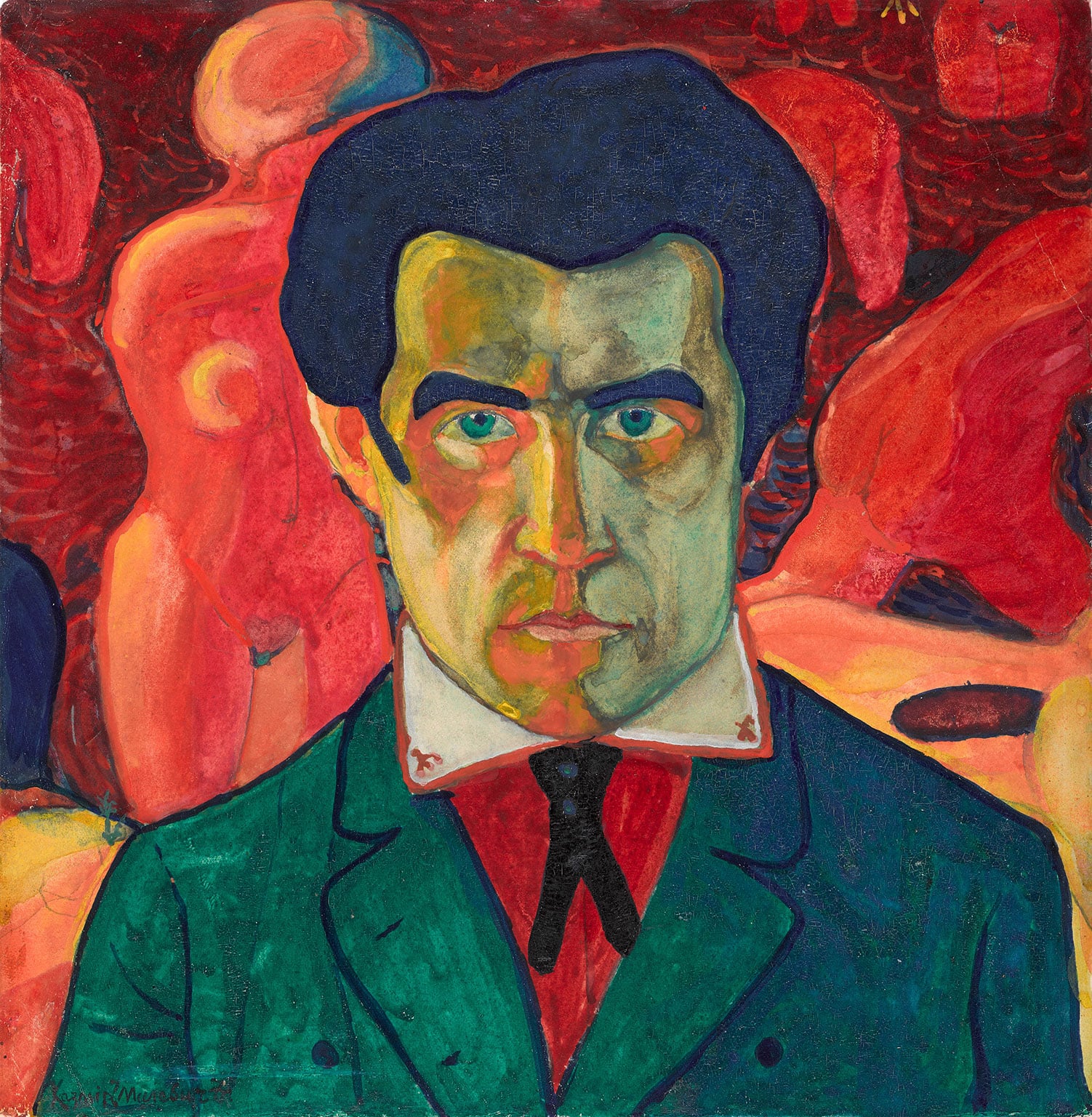 Kazimir Malevich, Self Portrait 1908-1910, State Tretyakov Gallery, Moscow, Russia
Tate Modern's new exhibition charts the career of one of the most influential artists of the 20th century.

Born in 1879 to a Polish family who had fled to Kiev after the failed uprising against the Tsarist army, Kazimir​ Malevich spent his childhood living in villages across Ukraine, where he developed a love of peasant art and embroidery. He moved to Moscow and studied painting, sculpture and architecture, developing a 'Cubo-futuristic' style that was influenced by his folk art roots.

Malevich at Tate Modern brings together the artist's early paintings of Russian landscapes, agricultural workers and religious scenes with his abstract and Suprematist compositions. Displayed together they chart the evolution of his creative practice, as well as providing insight into the historical events that inspired his revolutionary new aesthetic.

In our video, Rosie Rockel explores the exhibition's highlights, including some of artist's most groundbreaking works. Malevich is at Tate Modern, London, until 26 October 2014. Get 50% off entry with the National Art Pass.