Art and About: A visit to Ham House

From riverside views to rooms fit for royalty, Art Fund member Melina explores Richmond and Ham House on a day out with her National Art Pass. 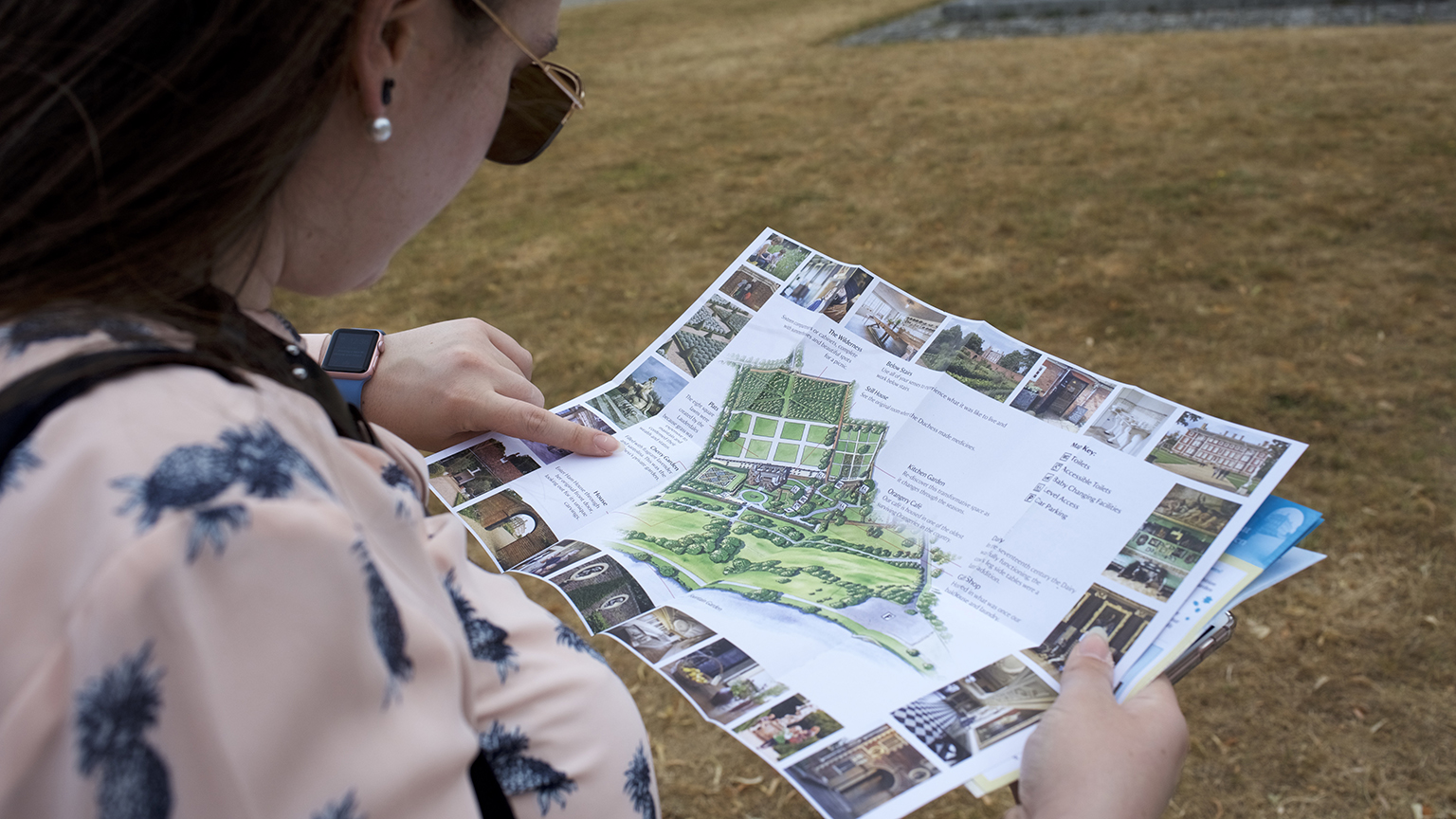 I am an art-obsessive. I feel incomplete if I spend more than two days out of a museum, so of course I’m a National Art Pass holder. I tend to stick around central London – there are so many places to visit, it’s easy to pop into a gallery for a short and sweet jaunt after work. But after a heatwave pushing the two-week mark, I was more than ready to move a little further out of the city – so Ham House and Garden in Richmond was one of the first places that came to mind.

While still a borough of London, Richmond upon Thames is at enough of a distance where it feels like you’re away from the hustle and bustle of the centre.

10.30am: I live in Willesden Green, which is a hop and a skip from Kensal Rise and its Overground station. From there, Richmond is just six stops away – giving me time to read up on my destination.

Coming from the Old English word Hamme, the name Ham means ‘place in the bend of a river’. Built in 1610 for Thomas Vavasour, the house and its Thames-side location likely provided an ideal base for a 'knight marshal' – one of the men responsible for keeping order in the court of James I.

When James' son Henry died, the lands passed to his second son, Charles (who would become Charles I). A few years down the line, Charles gave the house to his childhood friend, William Murray, whose daughter Elizabeth and her husband, the Duke of Lauderdale, introduced elaborate changes – which you can still see today.

From Richmond to Ham House

11.15am: After a stroll through Richmond town centre, café Kapucin on Hill Rise proved ideal for a quick refuel – the window seat is perfect for people-watching.

Pastries and coffee are always an excellent pairing, and the freshly squeezed orange juice was so good I might have indulged in a second. 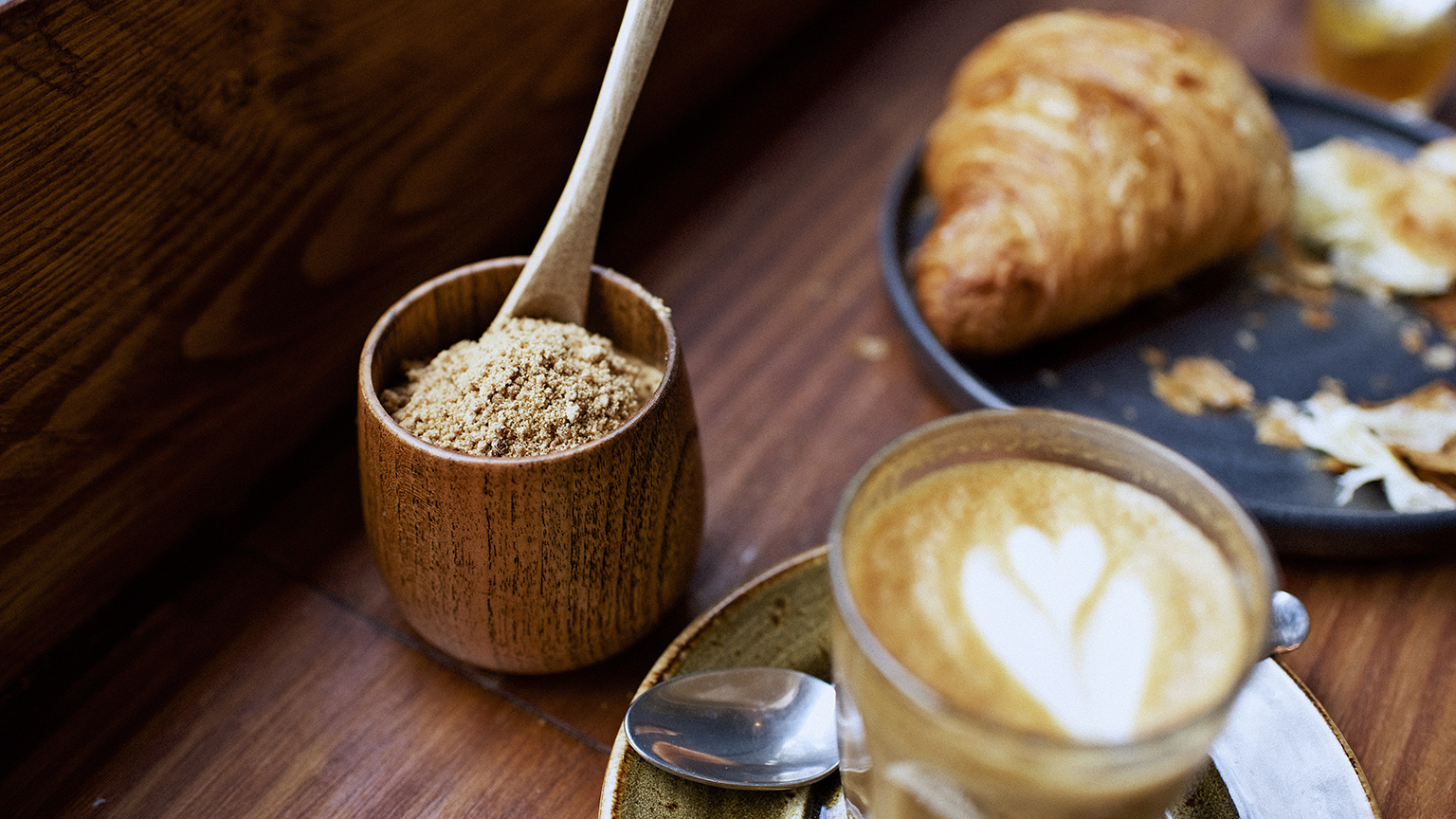 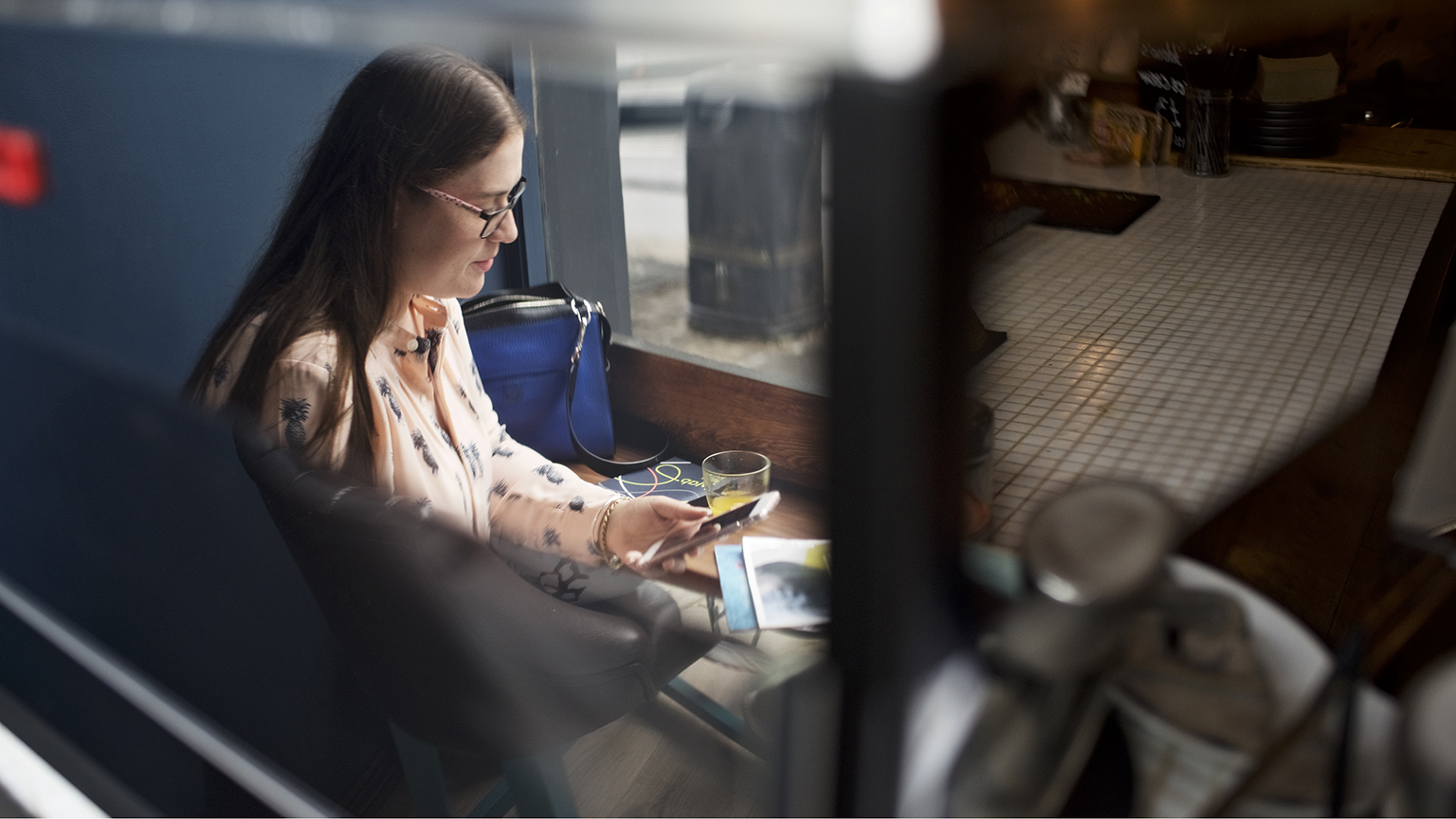 11.45am: From nearby Petersham Road you can then catch the 65 bus, hopping off at Sandpits Road and heading down pretty residential lanes before cutting past Ham Polo Club.

At a leisurely pace, it’s about a 15-minute walk from the bus stop to the front gate of Ham House.

12.30pm: Wandering around the gardens, I lamented I hadn’t put any thought into the effects of the heatwave; the once luscious green grass was looking a little burnt out and yellow. But the cherry garden with its dreamy, vine-covered arches and the kitchen garden overflowing with a plethora of different veggies and fruits (available to purchase!) were both immaculately maintained.

Rounding back to the house via the dairy, I was delighted by the worktable – the legs fashioned to look like cows’ legs!

The treasures of Ham House

1pm: Approaching the grand entrance of the house, you can’t help but notice a few very Italian touches incorporated into both the exterior and interior design – some being rather unusual features for England, like the busts built into the surrounding wall, the fresco murals outside the entryway and, inside, the Duke of Lauderdale’s salon showcasing his collection of miniatures.

I learned that William Murray and later the Duke, because of their services to the Crown, often had business in Italy and so brought back some of these characteristics.

Upstairs I also discovered that the central rooms ('the best rooms in the house', as they face out onto the lawn) were the Queen’s chambers – a feature of any house that a family hoping to keep favour with the King would have, just in case the Royal party might ever visit. Once it became clear that Catherine of Braganza (Charles II’s wife) would never be coming by, the rooms were essentially sealed off, keeping them in excellent condition today; truly, walking through Ham House is like stepping back in time.

I loved the characterful way that the attendant overseeing these rooms shared this information, as though still upset today that the Queen never paid a visit – and every member of staff I chatted to was a fountain of knowledge. 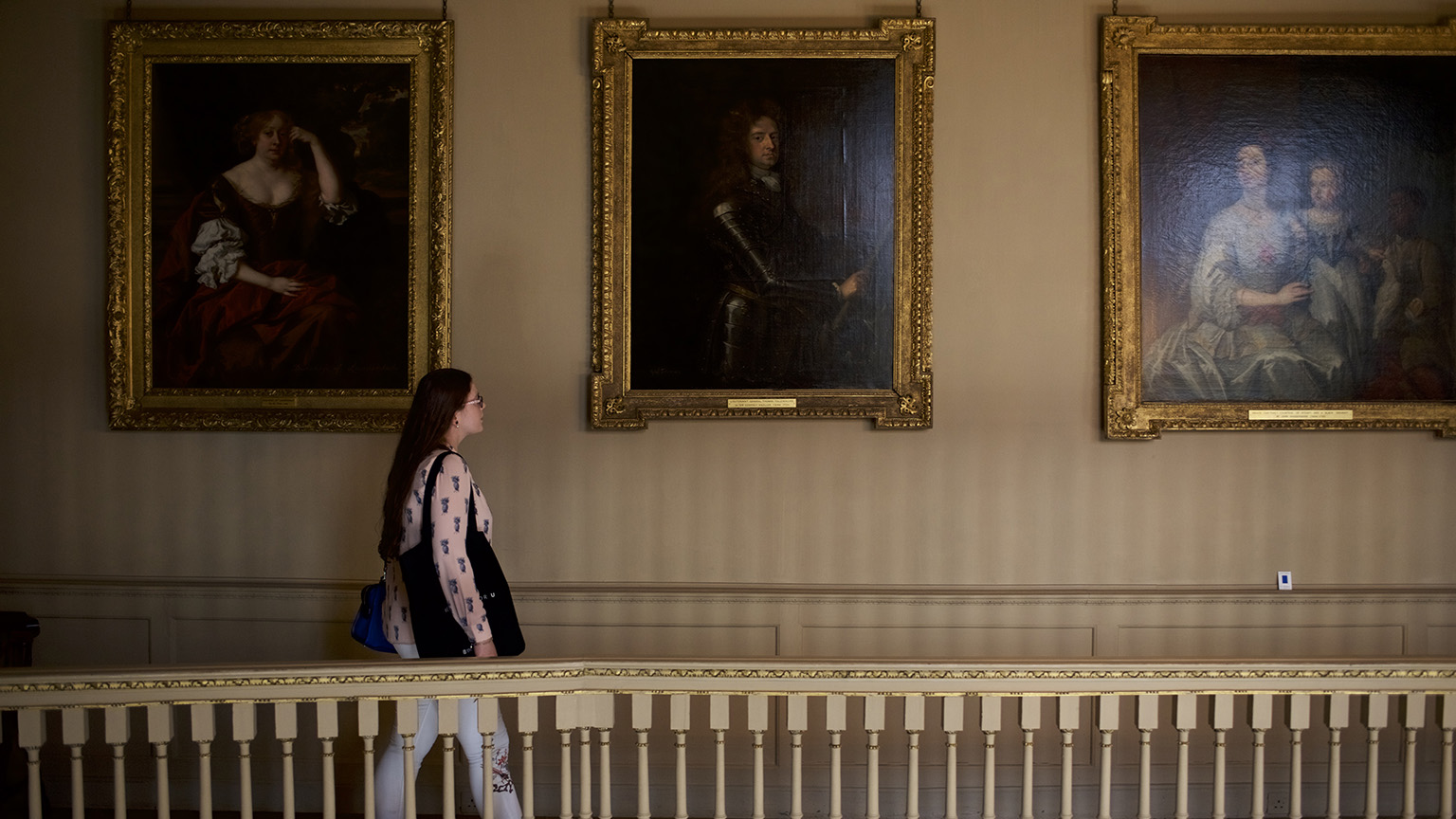 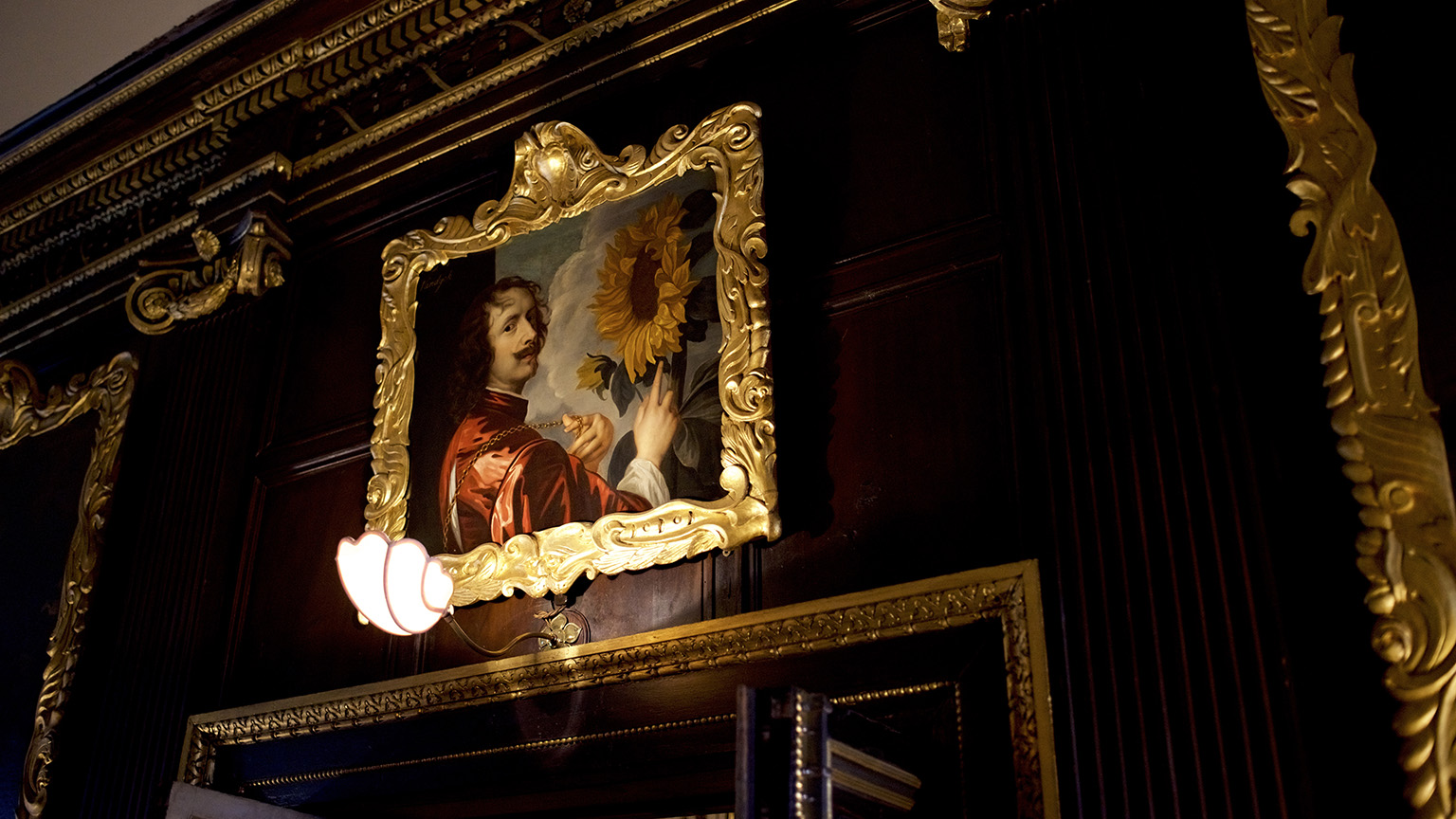 Throughout the house, each room is richly decorated with works of art and beautiful pieces of furniture, and the walls display portraits after Van Dyck – official court painter for Charles I, and one of my favourites of that time.

Between the floors curves a grand wooden staircase, the banisters beautifully carved into military scenes and the posts fashioned into ornate vases holding bouquets.

Lunch at the orangery

2pm: Feeling a bit peckish, I headed back to the gardens for a bite to eat at the orangery – one of the oldest surviving orangeries in the country. While I was a few minutes too late, the orangery offers a selection of hot items before 2pm, as well as fresh sandwiches and baked goods all day long, making for an ideal lunch overlooking the kitchen garden.

Really, the perfect way to end the visit.

If you have more time, there are several other places in the area that would make for an amazing day out when paired with Ham House. Because Ham House has shorter opening hours than some (the house opens 12-4pm, the gardens 10am-5pm), I’d recommend starting there; then, if using public transport, I’d suggest returning to Richmond centre where you can hop back on the Overground just one stop to Kew Gardens.

If travelling by car, there are a number of other houses within a half-hour drive, including Hampton Court Palace, one of only two surviving royal palaces from the reign of Henry VIII, and Osterley Park, a landscaped park with a neo-classical brick mansion (and free with a National Art Pass). And of course, just to the east of Ham House there are the wide open spaces – and enchanting wild deer – of Richmond Park.

Where does your National Art Pass take you? Share your days out with #nationalartpass on Instagram for a chance to feature on our Friday feed.