As Milton Keynes looks to the opening of the new MK Gallery, Anna McNay takes a tour of the town and recommends cultural venues to visit across the region. 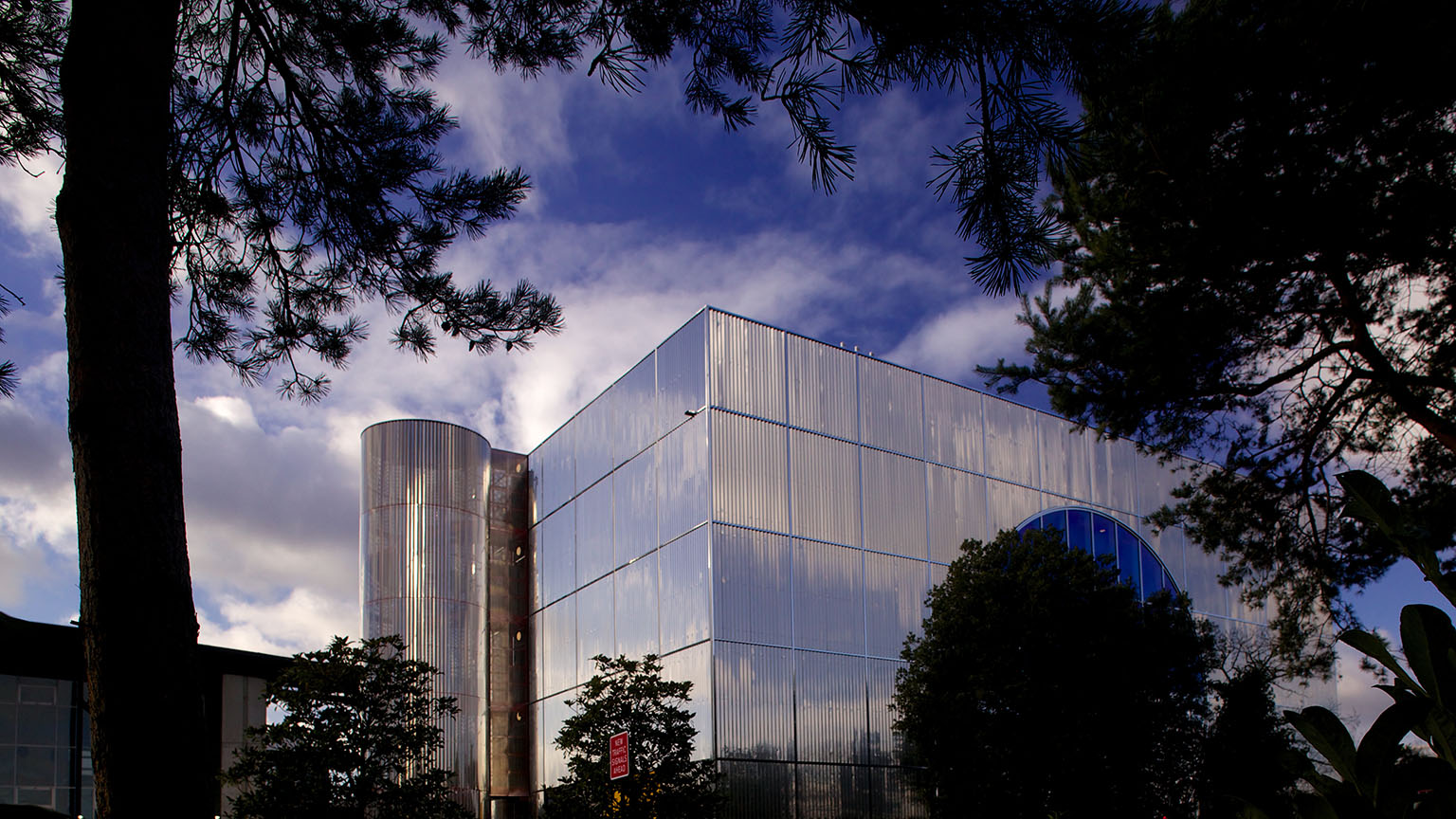 The utopian vision for Milton Keynes, when it was built in 1967, employed the latest ideas in town planning, architecture, social development and landscaping. Nevertheless, it has long been seen as something of a cultural cold spot.

The original plans included a leisure complex known as City Club, which, alongside an art gallery and theatre, also listed such eccentricities as a wave pool, a rodeo and a souk. The scheme, however, was never realised.

A gallery and theatre were added in 1999, the former opening with an exhibition of radical works by the ‘living sculptures’ Gilbert & George, and which has continued with an ambitious contemporary art programme. But March 2019 sees the reopening of a new and improved MK Gallery – with double the exhibition space, and many new amenities. 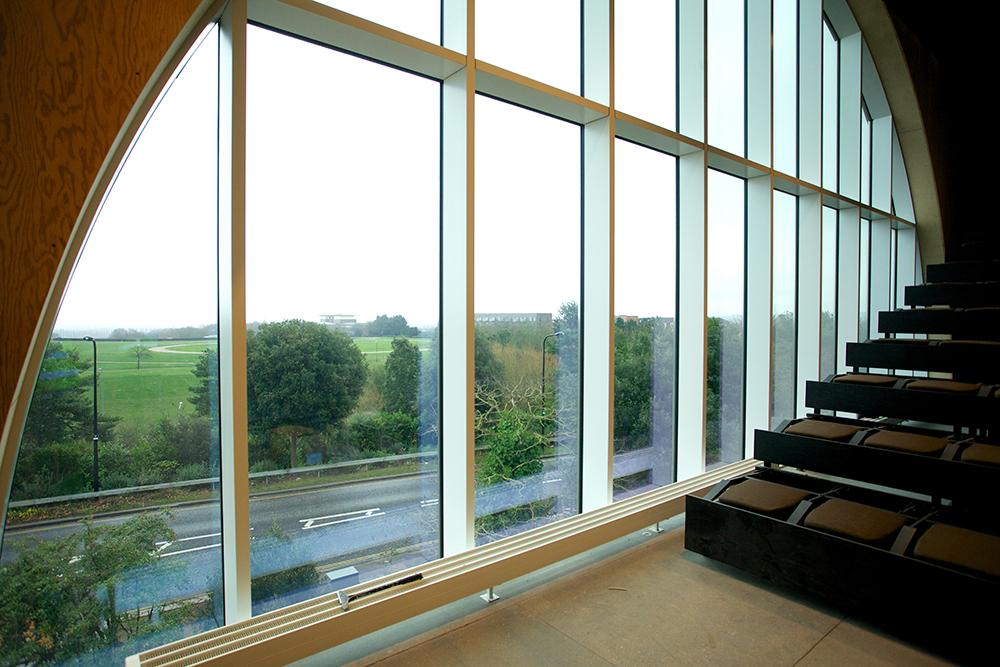 The redesign of MK Gallery was led by 6a architects (who recently restored South London Gallery’s Fire Station site), alongside artists Gareth Jones and Nils Norman, who have adopted the ideas of City Club to create a programme of art, performances, family activities and talks, inspired by the original vision behind Milton Keynes.

Every design decision along the way was taken to tell the story of the town.

For example, the existing galleries had their fake ceilings removed, adding significant height, and open vistas were created through archways, mirroring the external boulevards with their iconic portes-cochères (covered walkways).

Ducts have been left exposed in a nod to the hi-tech architecture of the 1970s pioneered by Renzo Piano and Richard Rogers with Paris’ Centre Pompidou, but also Norman Foster and his contemporaries, who cut their teeth on projects in and around Milton Keynes.

Terence Conran’s 1970s Habitat colour charts were used both for the external walls – sandstone and terracotta – and the striped curtain in the Sky Room, a new multipurpose auditorium. And iconic logos relating to early designs for the city are celebrated on the gallery façade.

‘A lot of this project has been about placemaking,’ says Anthony Spira, director of the gallery since 2009.

In his time at the helm, the programme has been ‘uncompromisingly contemporary’, but Spira is only too aware that this is not to everyone in the town’s taste.

He therefore hopes that the new galleries will enable him to put on higher-profile exhibitions – including the showcasing of works by Old Masters – while remaining faithful to the contemporary as well. 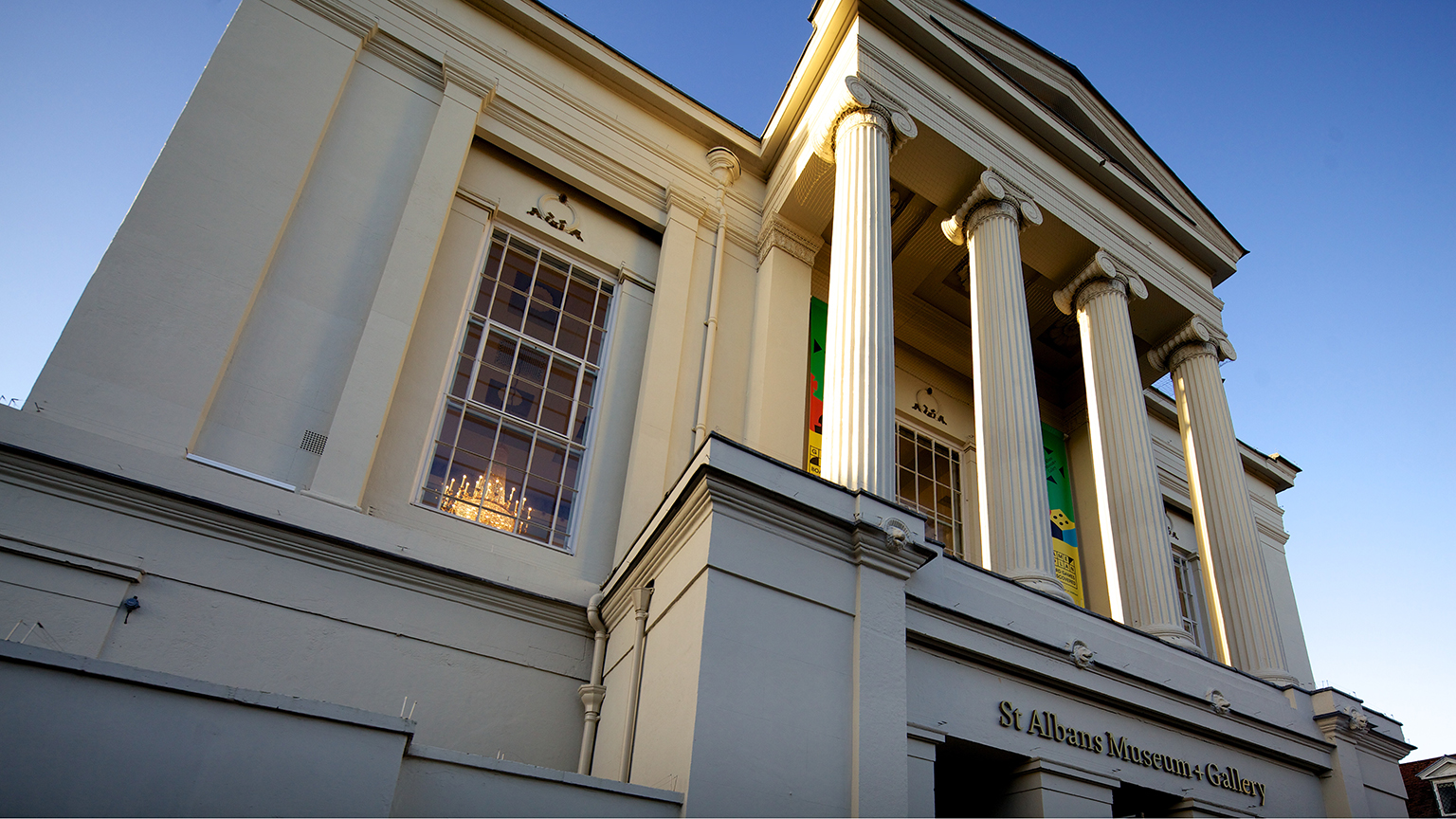 From Milton Keynes to St Albans

The museum is home to a permanent exhibition about the history of the city – from 110,000BC when hunter gatherers first arrived in Britain – and proudly boasts many of the locals’ favourite objects from the former museum, including half a taxidermied lion, known affectionately as Arthur (say it out loud and you’ll understand why!).

The museum has also entered into a partnership with UH Arts, the University of Hertfordshire’s arts and cultural programme, to bring in contemporary art and changing displays. Despite the hand-dug Weston Gallery in the basement (it was impossible to get JCBs in below the building), temporary exhibitions are typically installed so as to spill out into further rooms, where visitors will chance upon other unexpected finds. 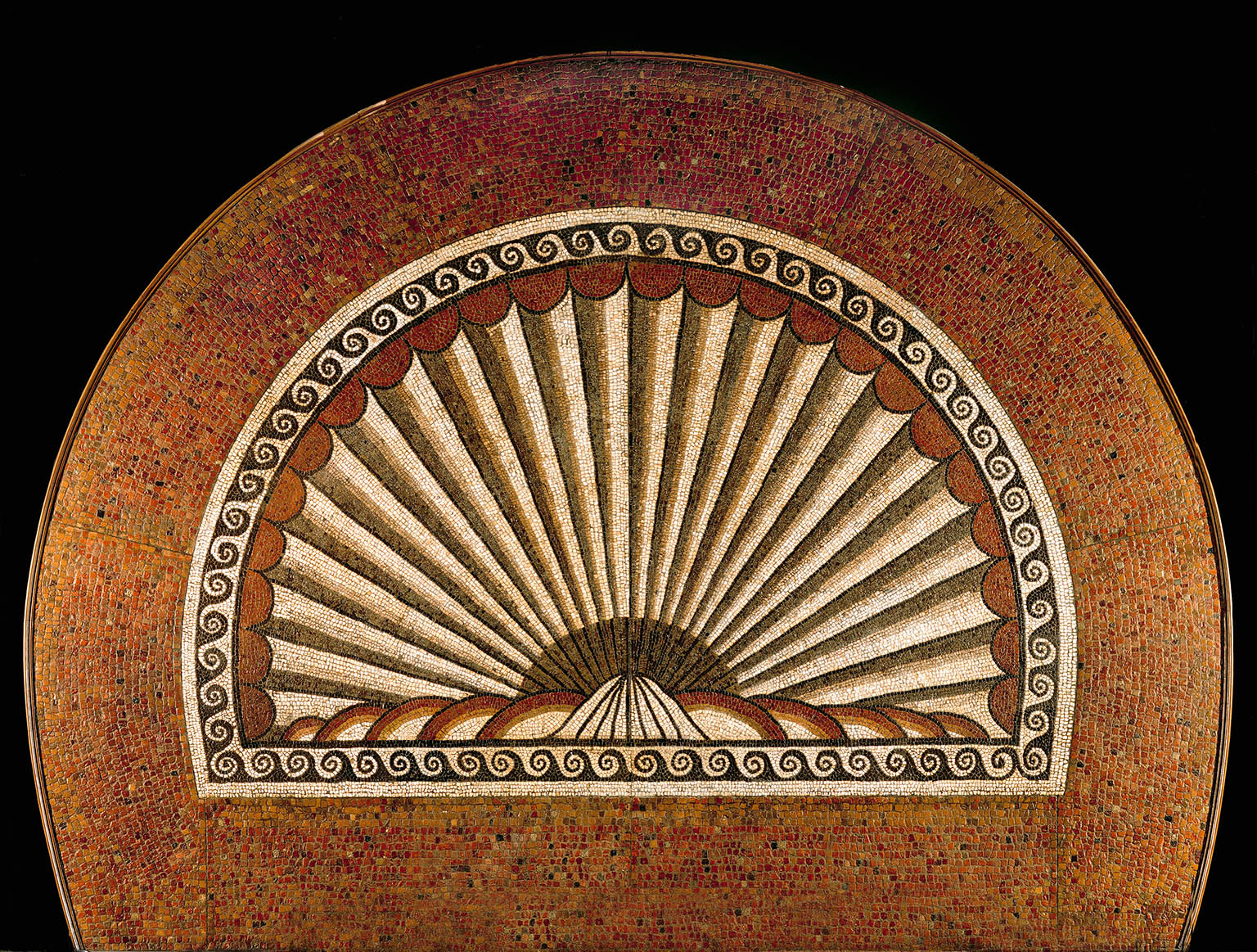 Part of a Roman mosaic at the Verulamium Museum

Twenty miles north of St Albans, in Hitchin, another museum is in the process of reopening. The North Hertfordshire Museum, currently only partially open, is set for a full reopening in June.

While also having a temporary exhibition programme, the heart of this museum lies in its collection of more than one million objects – spanning archaeology, social and natural history and works of art.

As with St Albans’ Arthur, there was a favourite exhibit from the old Hitchin Museum that had to be included here too – a beautifully preserved Victorian chemist’s shop. Meanwhile The Kelshall Treasure, acquired with Art Fund support, is currently undergoing extensive conservation but will soon be on display.

And while the North Hertfordshire Museum’s collection might boast the earliest Roman amphora found in this country, fans of Roman civilisation absolutely must, while in St Albans, visit the Verulamium Museum, located on the site of one of the largest Roman cities in Britain.

Excavations began in 1930, but discoveries are still being made today. Highlights include a reconstruction of a carpenter’s workshop, Roman dog paw prints and exquisite goddess figurines, including a pipeclay Venus and a bronze Persephone. There are also a number of intricate mosaics and original wall paintings.

The curiosities of Knebworth House

Further ‘wall painting’ of interest can be seen in nearby Knebworth House, where each successive generation of the Lytton family has added its own – often eccentric – modifications.

Following the theme of its dominant Chinese bridal bed, the Falkland Room is papered with a delicately painted pattern of Chinese birds. Too little original wallpaper was ordered in, however, and so the section above the door is covered with a locally made supplement. This might explain why the birds here have a distinct look of the English wood pigeon about them!

Elsewhere, the house offers an assorted array of armour; a painting of the banqueting hall by frequent visitor Winston Churchill; a miniature museum of childhood, with a copy of Winnie the Pooh signed by both AA Milne and Christopher Robin Milne; and the Queen Elizabeth Room – possibly the room in which the Tudor queen stayed during her four-day visit in 1571 – which has more recently hosted the likes of the Rolling Stones’ Mick Jagger and Oasis’ Noel Gallagher, when their bands played in the park. 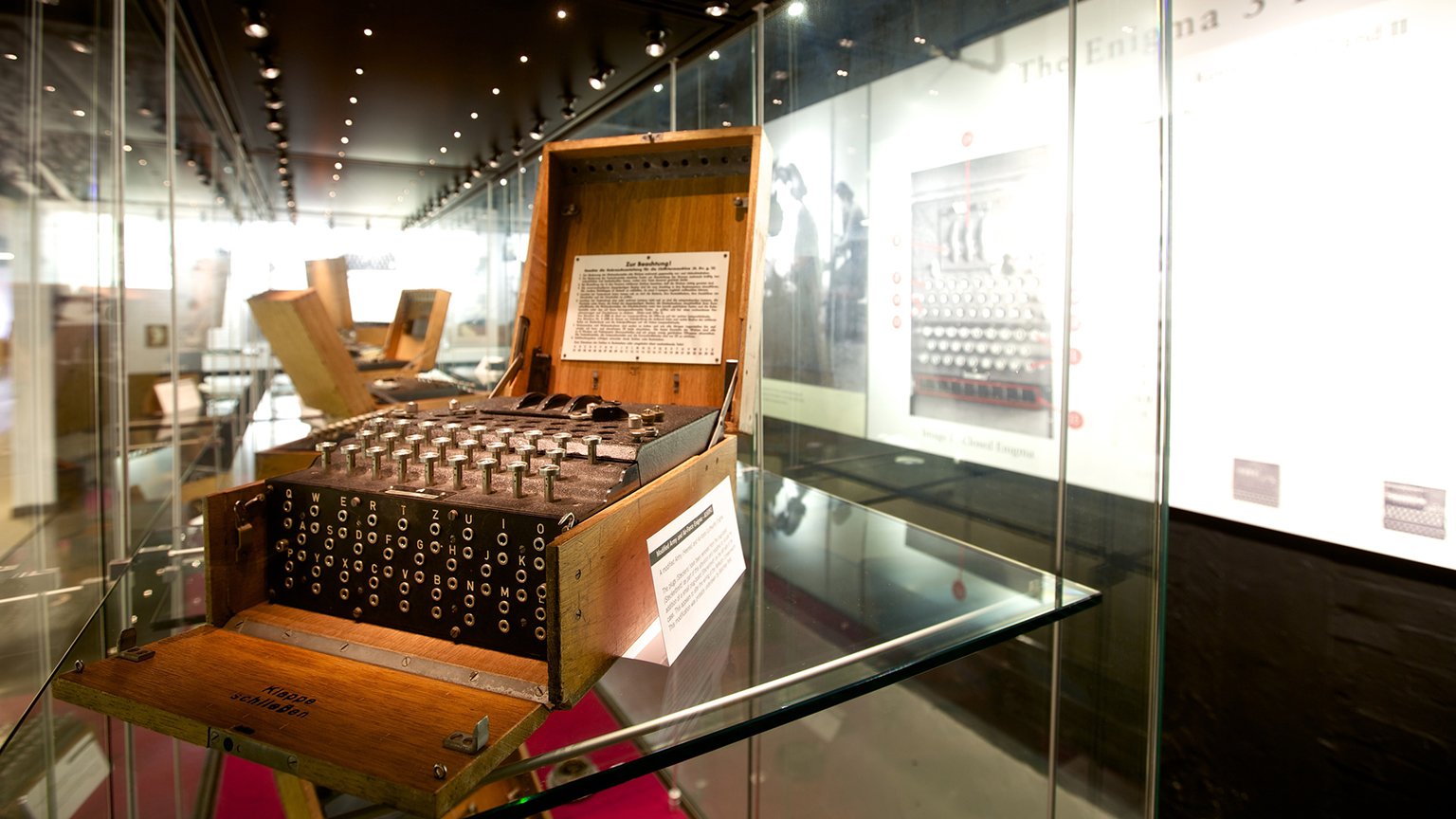 The Enigma machine at Bletchley Park

Bletchley Park: Alan Turing and the end of our tour

Heading back up towards Milton Keynes, the final must-visit venue is Bletchley Park, famous for being home to the Enigma codebreaking team during the Second World War.

The various huts include reconstructions of offices; interactive displays (many inviting visitors to have a go at breaking codes) and exhibitions about the war-winning work carried out by Alan Turing and his team, as well as the Wrens, who kept an all-night watch over the codebreaking machines.

A typical visit length is said to be four to five hours, a statement relativised by the words of maths student Peter Hilton in one of the many workers’ stories relayed to bring the site to life. He recalled: ‘[t]his enormous excitement in codebreaking that what appears to be utter gibberish really makes sense only if you have the key, and I could do that sort of thing for 30 hours at a stretch and never feel tired’.

While visiting all these fascinating venues in a 30-hour stretch might not be advisable, with the three new museums and galleries now (nearly) all open, and the rich variety of other places to visit nearby, it would be difficult for anybody to call Milton Keynes and its surroundings a cultural cold spot any longer.

You can enjoy great benefits at many of the museums and galleries mentioned above with a National Art Pass.

The full version of this feature was originally published in the spring 2019 issue of Art Quarterly, the magazine of Art Fund. Art Quarterly is a benefit of Art Fund membership – find out more about becoming a member.