The Fallen Woman in five highlights

We look at five works from the moving exhibition at the Foundling Museum, which was crowdfunded through Art Happens. 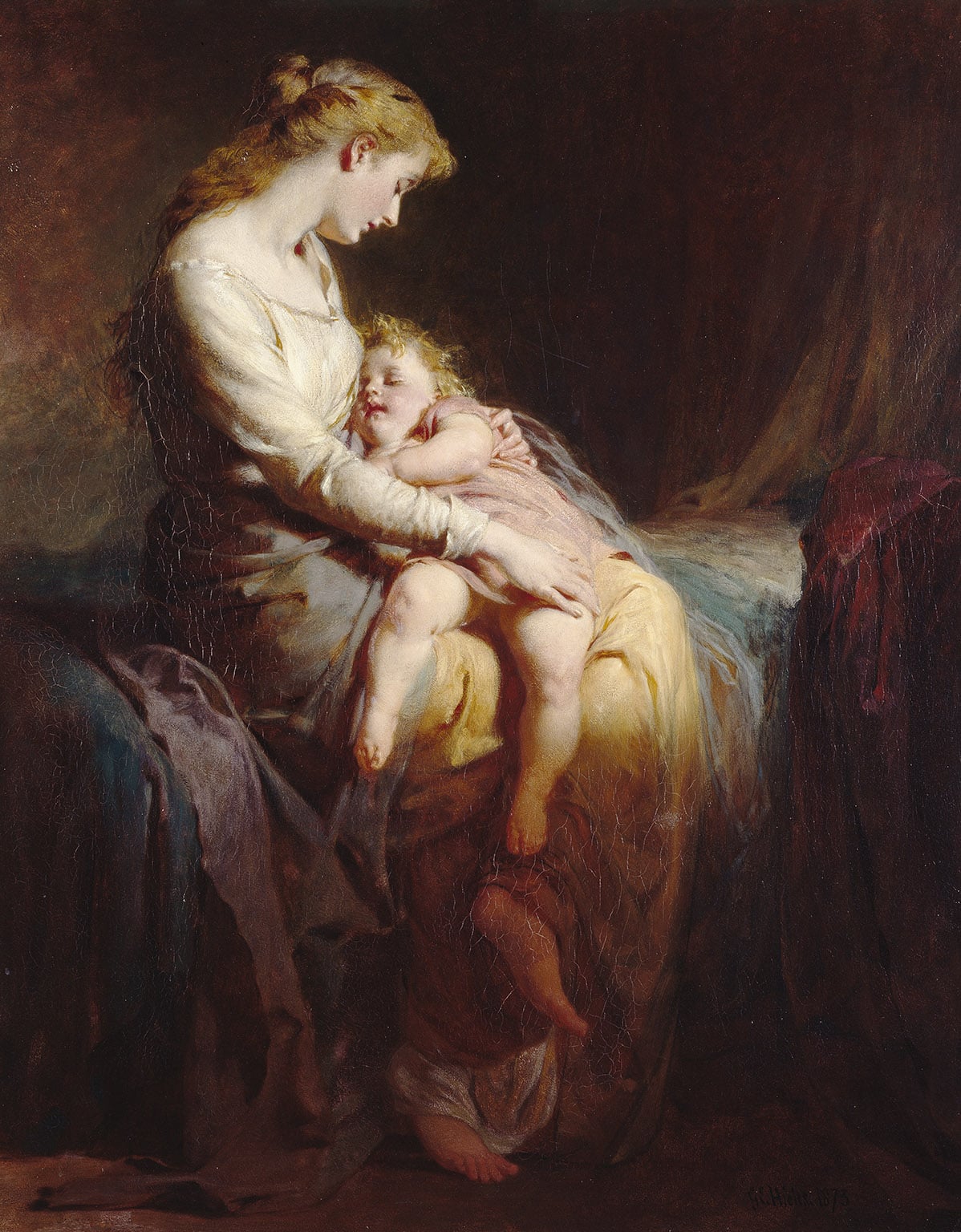 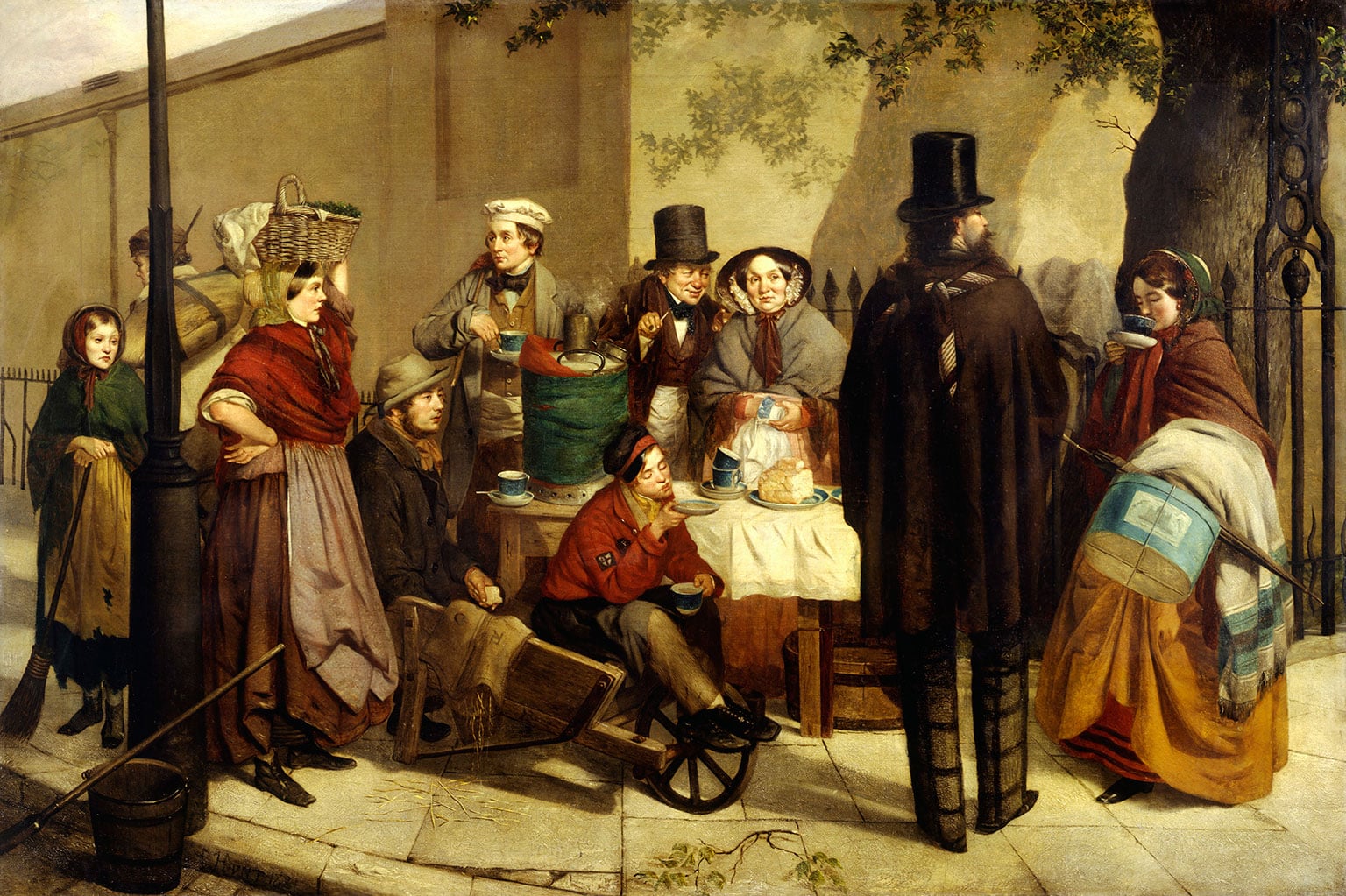 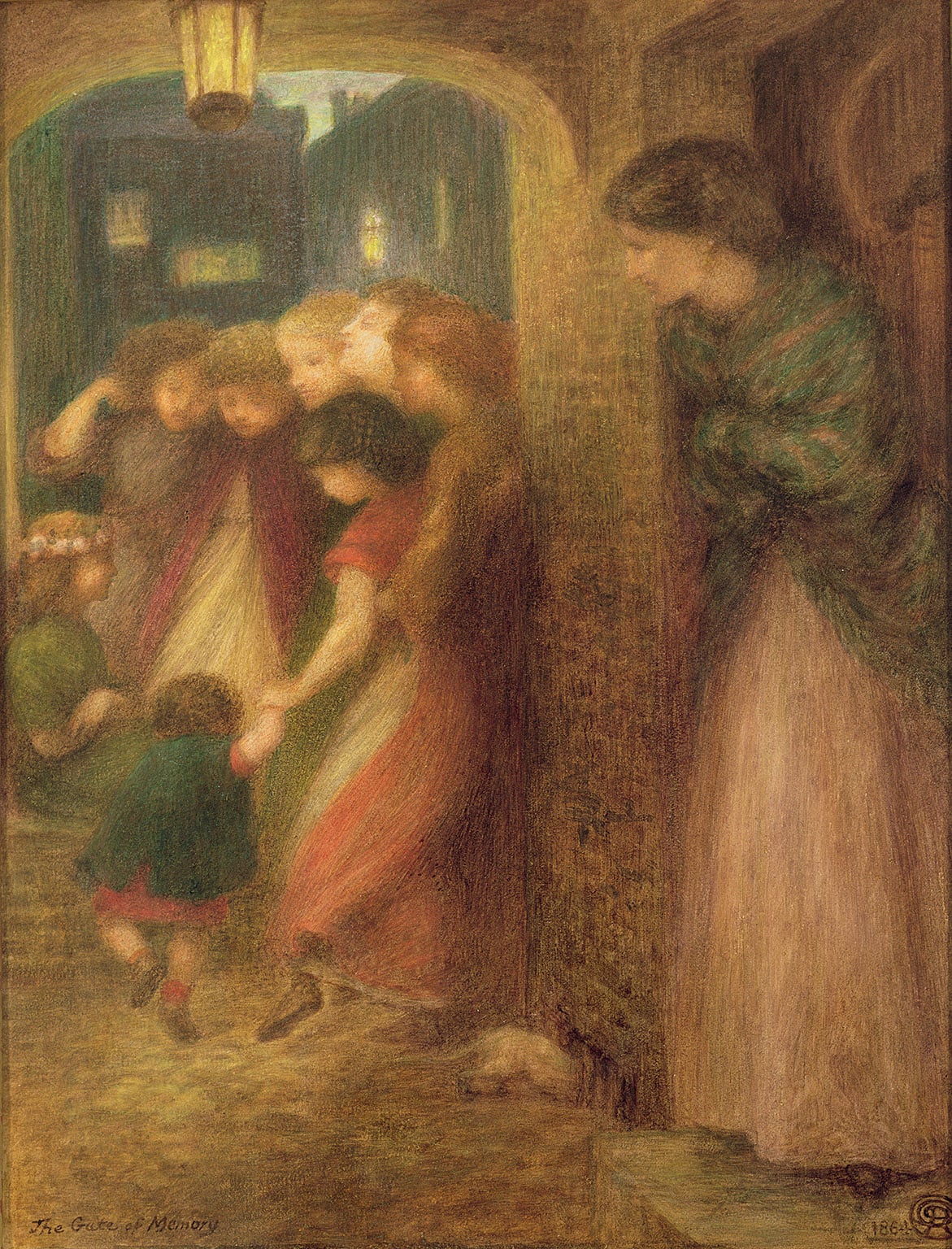 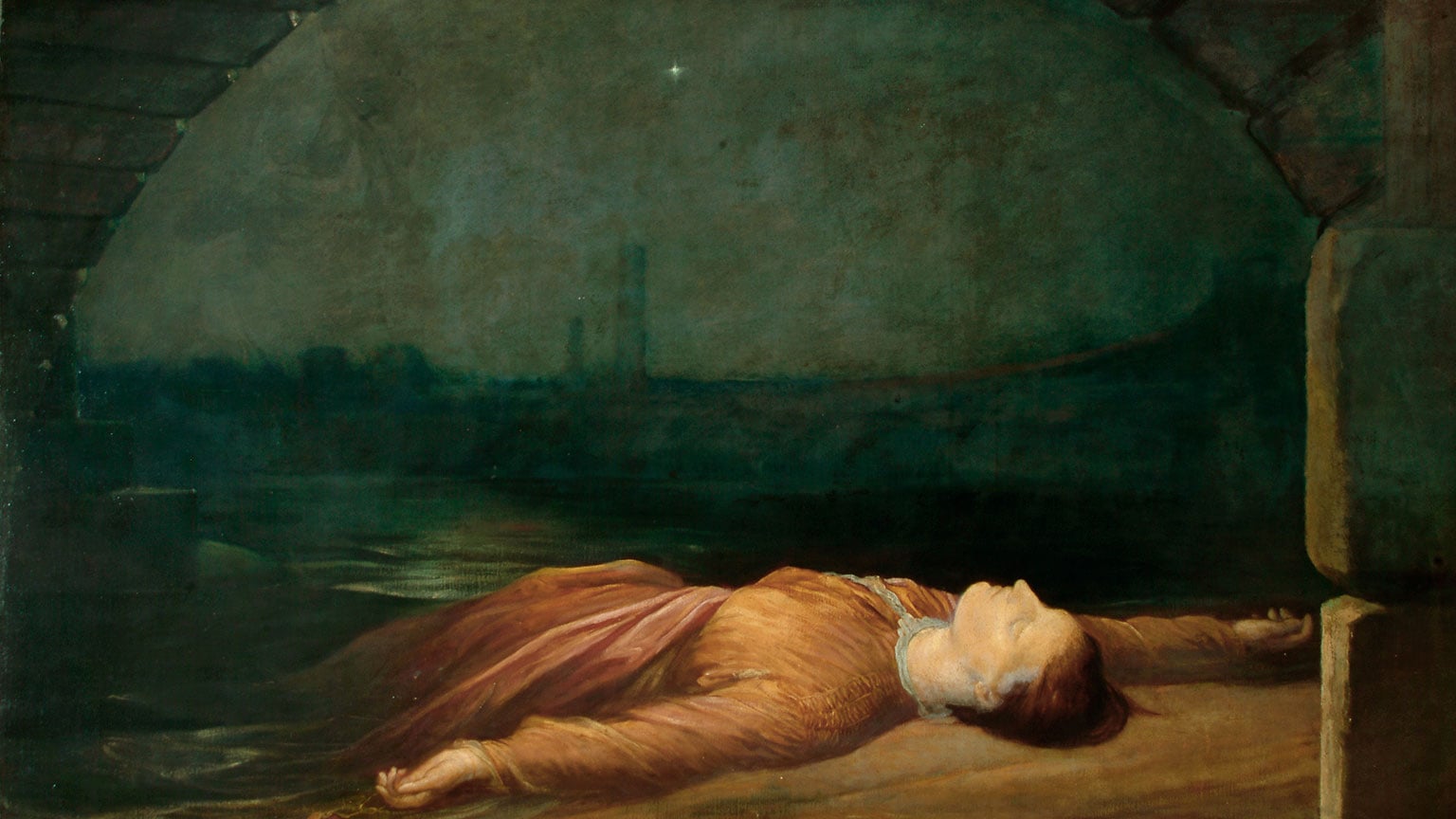 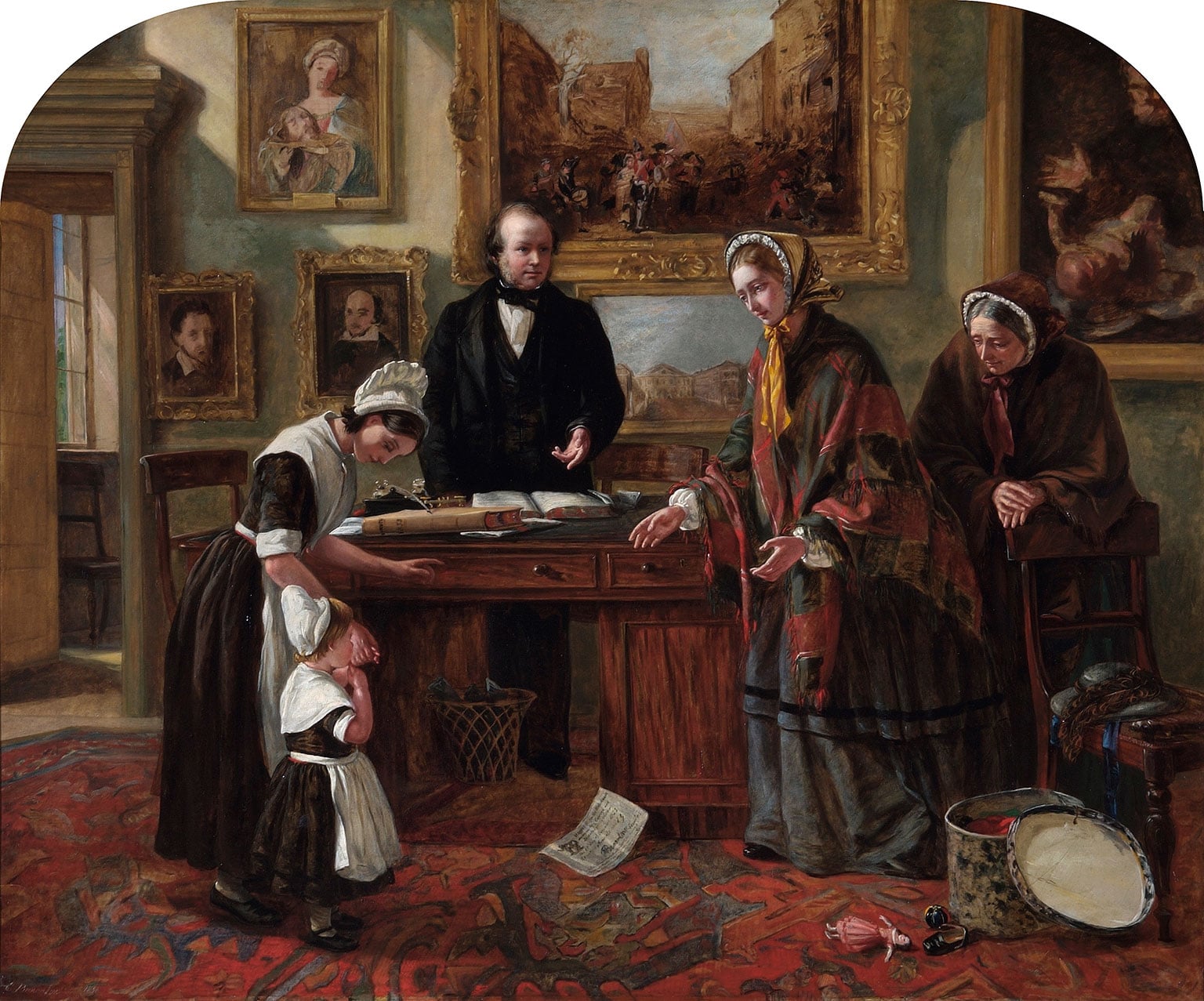 Best known for genre painting, Hicks presents a touching painting of motherhood. It was, and remains, an important part of being a woman. However, at the time, it was one of very few roles for women in society. Indeed, a decade earlier, Hicks painted a triptych entitled Woman’s Mission which consisted of three panels: Guide of Childhood, Companion of Manhood and Comfort of Old Age. This encapsulated the attitude towards women held by many in Victorian Britain. It is worth pointing out that this outlook wasn’t without its critics. It has been suggested that the rise of the label ‘fallen woman’ was partly a punitive response to proto-feminists.

Coffee houses were popular places to meet people. In Victorian Britain, women who ventured outside their domestic setting, however, were seen as particularly vulnerable to falling away from virtue. In this painting, a young lady carrying a hat-box stops for a coffee. She is alone and would be seen as easy prey for the nearby gentleman. It is worth noting that we can see the woman’s face, but not the man’s. This echoes the frustration of some Victorians who were appalled by the existence of a ‘fallen woman’, but the lack of a ‘fallen man’. Women were shunned for having sexual relationships outside of marriage, but the men – not so much. In the exhibition, you can also find the (rejected) petition of Charlotte Parker who cites meeting the father of her child in coffee houses.

This watercolour depicts a prostitute who is on her way to work but sees a group of young girls playing outside. It is a poignant reminder of her childhood and dreams. Rossetti has placed a rat at her feet. It portrays the pollution and filth of the urban landscape, but it also represents the social stigma that was attached to the prostitute – linking her to the sewers and waste of the city. Of course, not all ‘fallen women’ became prostitutes – some found other sources of income – but it was often the only option for far too many.

5. Emma Brownlow, The Foundling Restored to its Mother, 1858

The artist Emma Brownlow was the daughter of the secretary of the Foundling Hospital, John Brownlow. She painted a number of works based on scenes from the hospital. In this painting, Brownlow depicts the foundling being reunited with her mother. There was always the possibility that the mother would rebuild her life and return to reclaim her child. The museum’s archives show that there was a small number of cases where this indeed happened.

The Fallen Woman is at the Foundling Museum until 3 January 2016. See it for 50% off with a National Art Pass.