Adopted by her uncle, unimpressed by Picasso and co-creator of an art movement inspired by a baby's quilt – we dig up some surprising facts about Delaunay ahead of the retrospective at Tate. 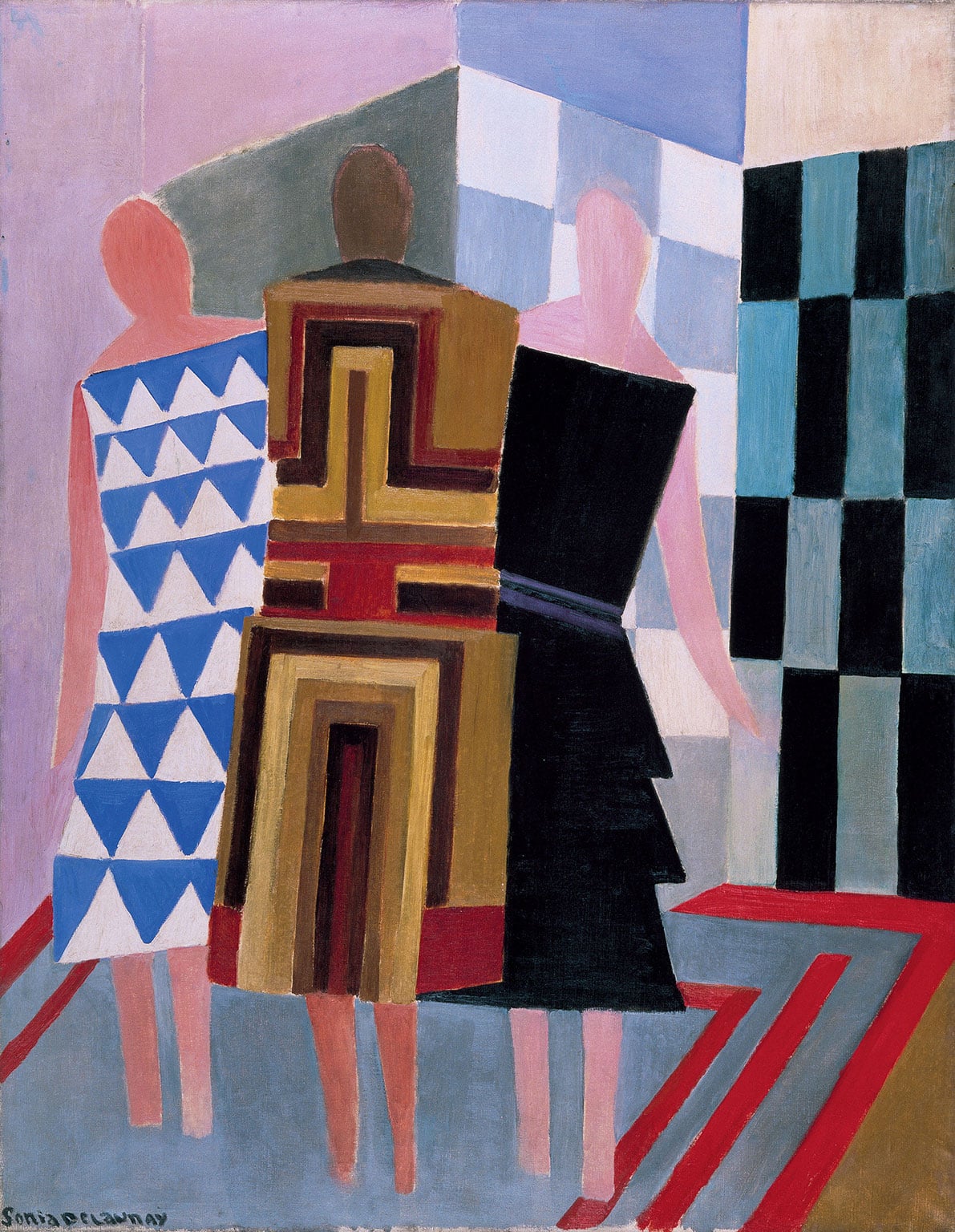 1. She was adopted by her uncle

Born as Sarah Ilinitchna Stern in Ukraine, the young Delaunay was sent to live with her mother's brother – Henri Terk – in St Petersburg after his wife was declared infertile. It was a more cultured lifestyle than Delaunay had previously known, and during their trips to Europe the family would pay visits to museums and art galleries. Following several years in their care, she was formally adopted by the couple and changed her name to Sonia Terk.

By the time she was 18 she spoke Russian, French, German and English and was well read in all four.

Sonia and Robert Delaunay formed one of art's most infamous power couples, but he was not her first husband. In 1908, while living in Paris, she wed German art gallery owner Wilhelm Uhde. It was a ​marriage of convenience; she to free herself of her parents' demands for her to return to Russia and he to hide his homosexuality. Udhe introduced her to Picasso, Derrain and Braque, as well as other key figures from the flourishing art scene. The pair divorced in 1910 – Sonia had fallen madly in love with Robert – but they remained close friends.

According to the artist, Matisse was 'too timid, too bourgeois' and Picasso 'always looked unhealthy'.

Not only lovers but also artistic collaborators, the Delaunays experimented with abstract styles such as fauvism, surrealism and cubism before developing their own unique aesthetic. Characterised by strong colours and geometric shapes, Guilliame Apollinaire dubbed the new style 'orphism'.

Delaunay credited a quilt she made for her baby son as the inspiration for orphism: 'About 1911 I had the idea of making for Charles, who had just been born, a blanket composed of bits of fabric like those I had seen in the houses of Russian peasants. When it was finished, the arrangement of the pieces of material seemed to me to evoke cubist conceptions and we then tried to apply the same process to other objects and paintings'.

7. Her inspirations were unconventional

The artist found she was influenced by 'everything around [her]', from poetry to music to historical artefacts – on trips to the Louvre she shunned the painting galleries in favour of the collections of Egyptian jewellery, Assyrian sculpture, and the arts of Messopotamia. She said: 'I was searching for something within myself and little by little it became abstract painting'.

8. ​She was an entrepeneur

The Russian Revolution brought an end to the financial support Sonia received from her family, and the Delaunays needed to find a new source income. In 1917 she took a job designing costumes for Sergei Diaghilev's production of Cleopatra in Madrid, while Robert created the set. This led to further commissions in Spain, prompting the artist to set up Casa Sonia, selling her designs for interior decoration and fashion from branches in Madrid and Bilbao. Despite a tricky start trying to do the same back in Paris – renowned fashion man Poiret claimed she had copied designs from his Ateliers de Martine and denounced her marriage to 'a French deserter' – in 1923 she registered her own design business in France with orphism's simultané trademark.

9. She didn't make art for 10 years after her husband's death

In 1941 Robert Delaunay died of cancer aged just 56. Sonia abandoned her career in order to devote herself entirely to preserving and promoting his legacy. She did not start painting again until the 1950s.

10. She was the first living female artist to have a retrospective at the Louvre

It took place in 1964 and consisted of 117 works that she personally selected and donated to the museum.

Charles Delaunay co-founded Hot Club de France which he used as a space to promote the previously unknown genre. He also authored the first ever Jazz discography, which was published worldwide.

Sonia Delaunay runs at Tate Modern until 9 August. See it for 50% off with a National Art Pass.