Ten highlights to see at the Wedgwood Museum

To celebrate the reopening of the site in Barlaston, we pick out 10 of our favourite pieces from the historic collection, which was saved by an Art Fund campaign last year. 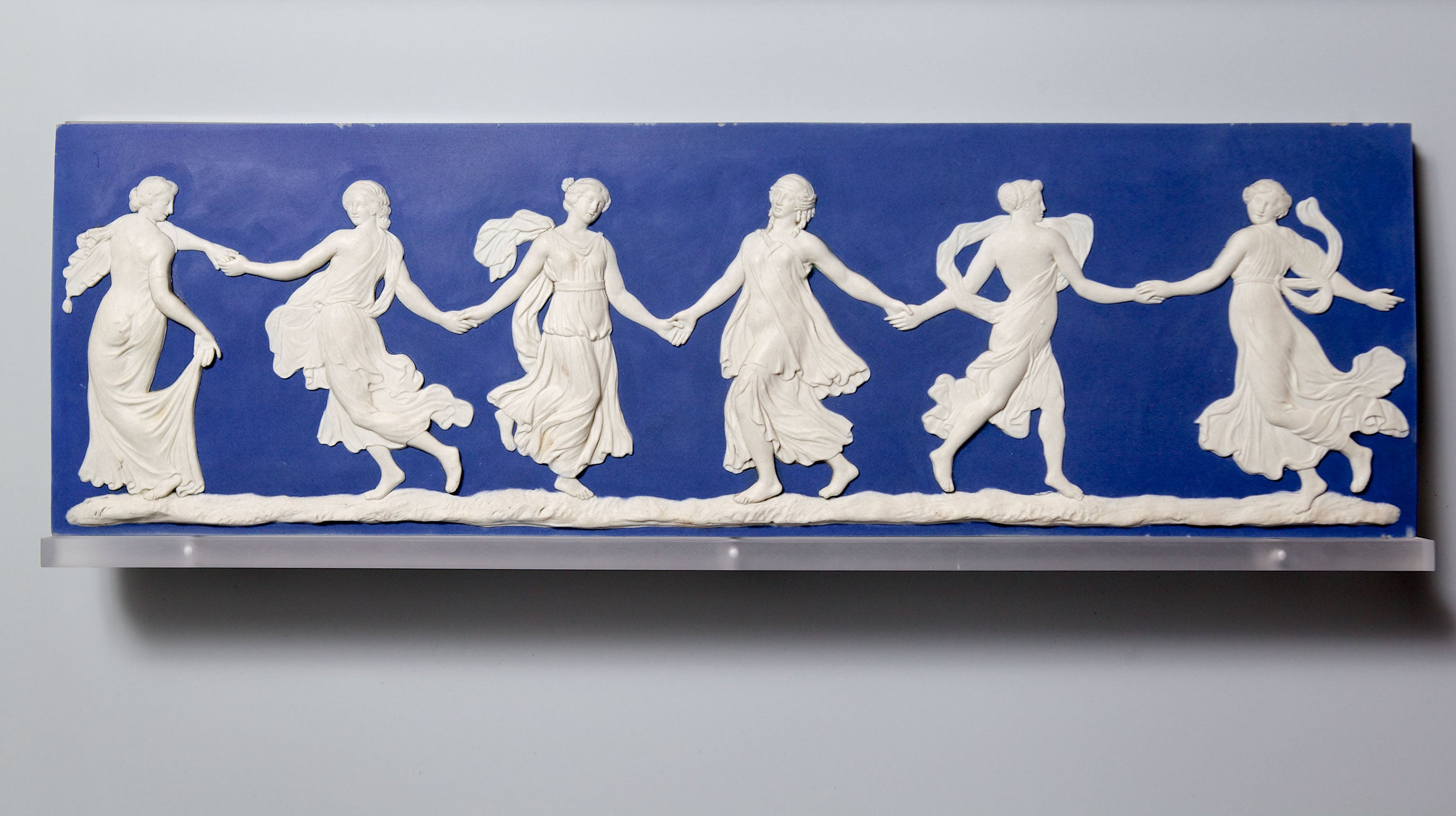 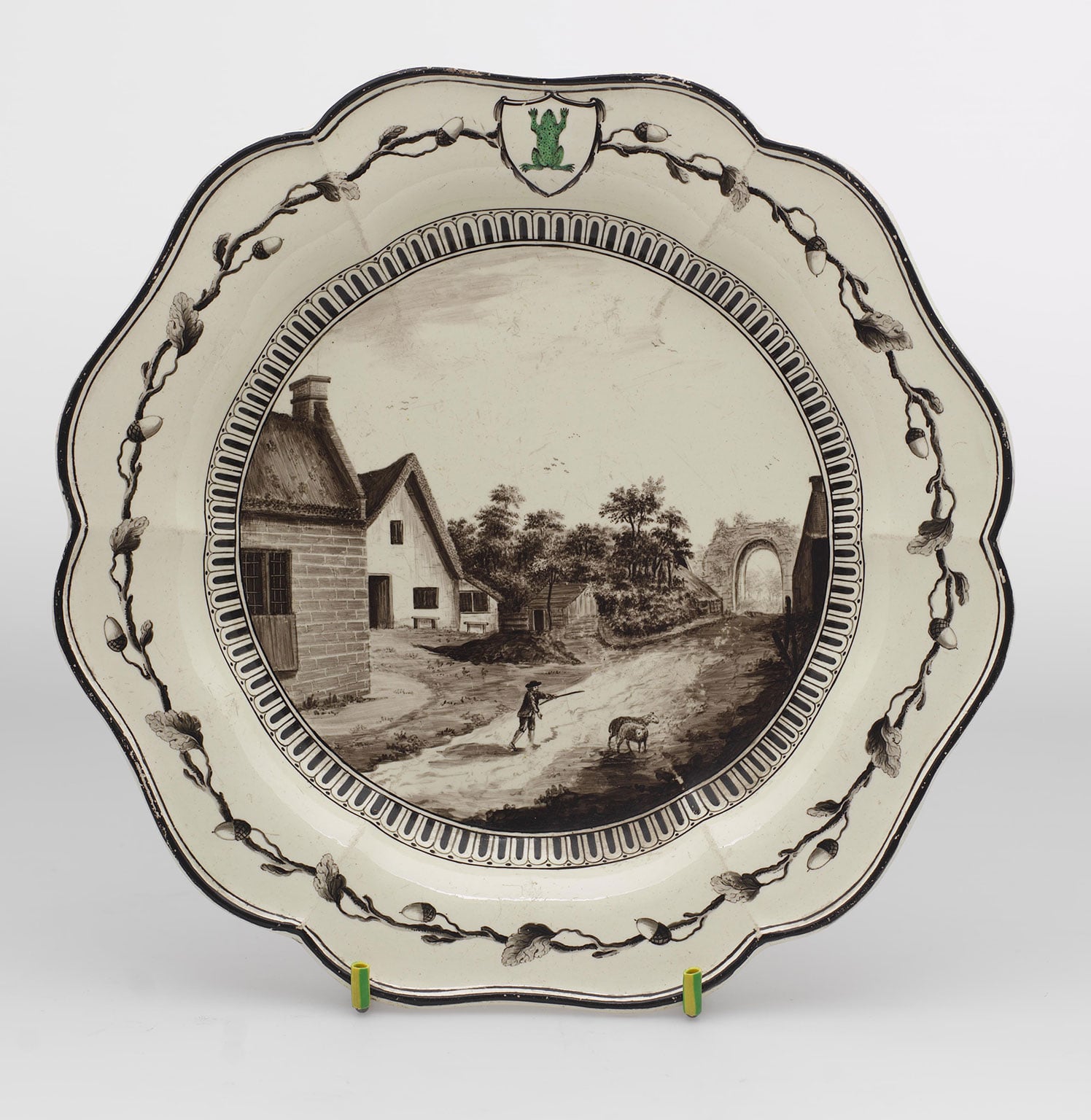 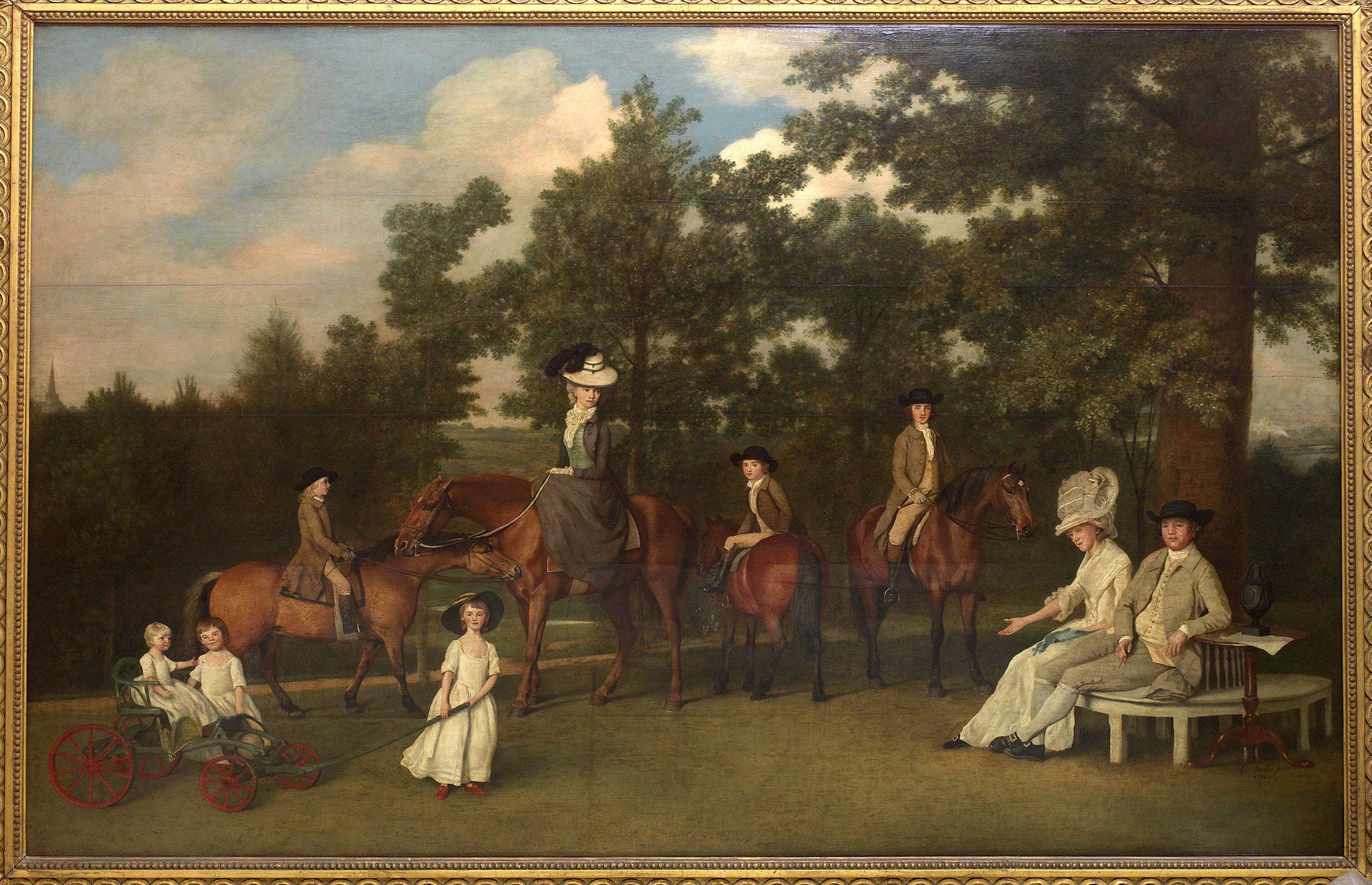 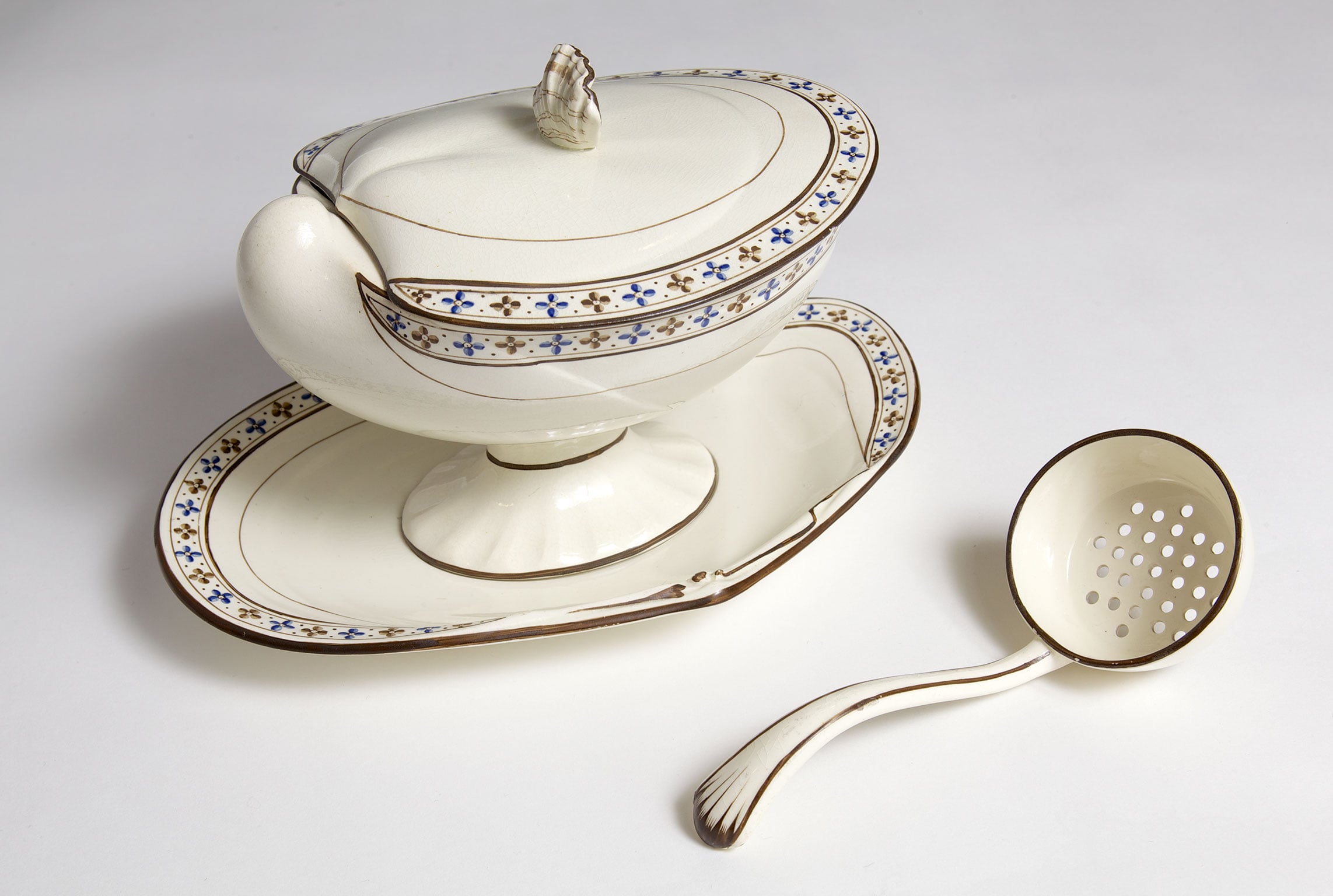 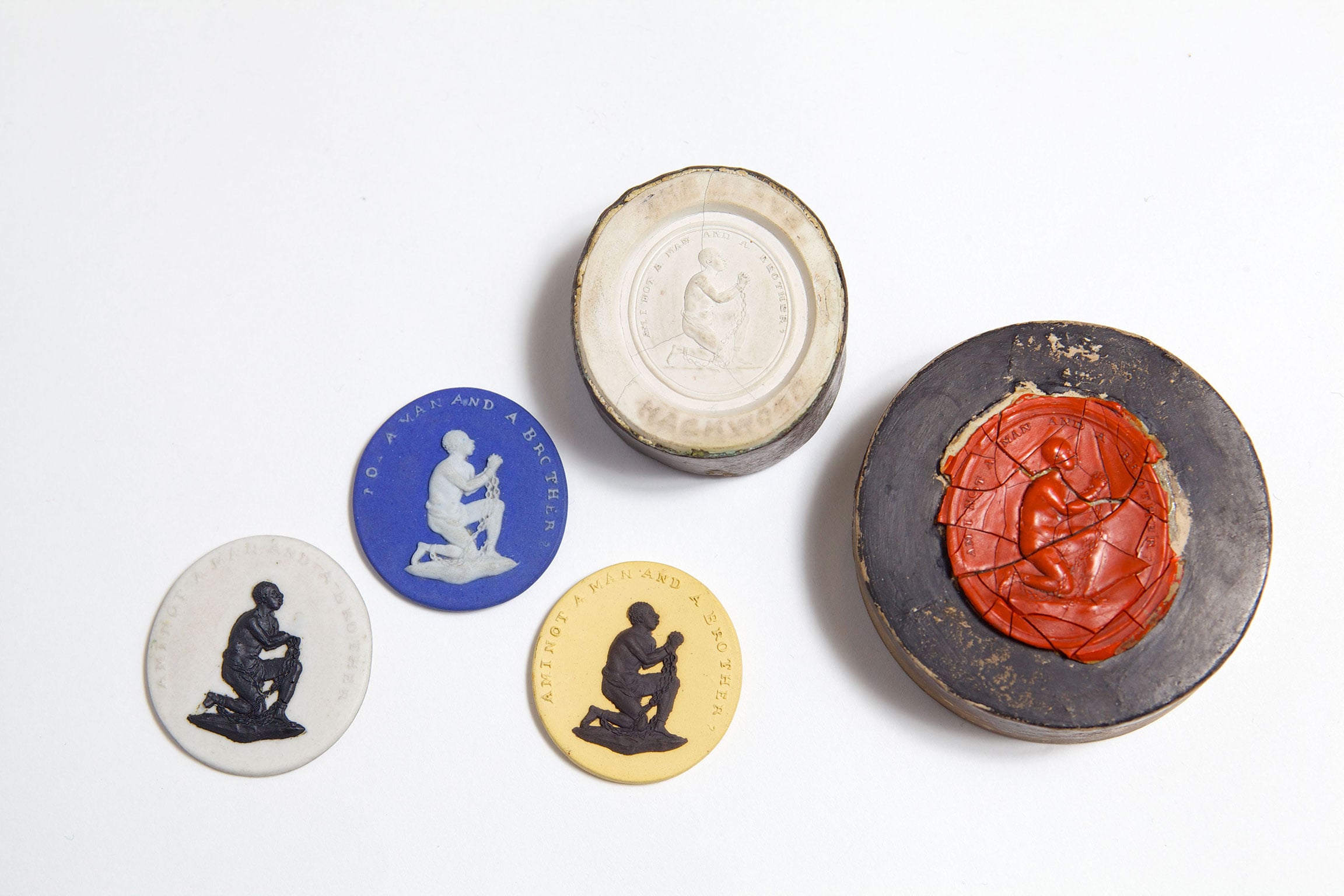 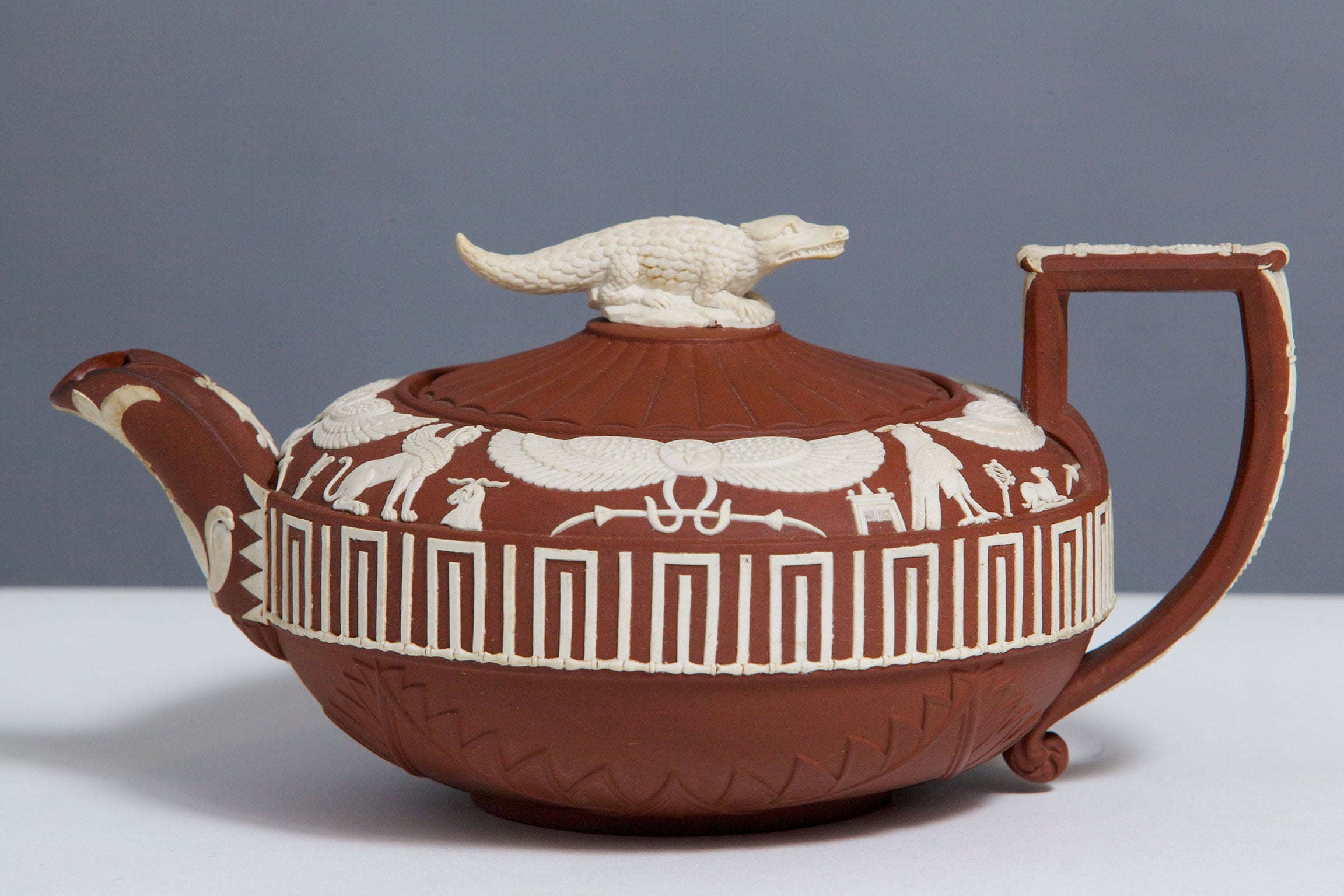 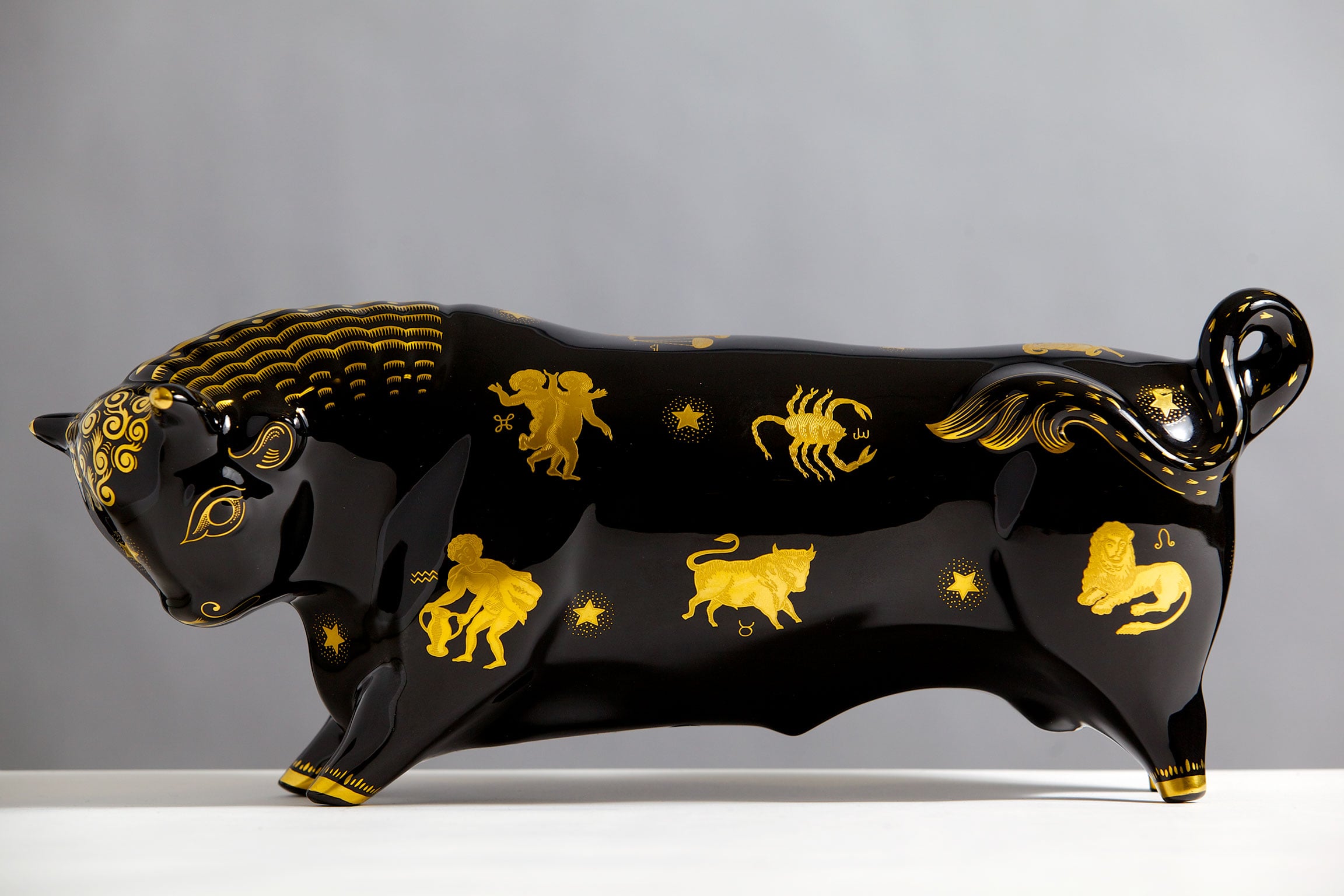 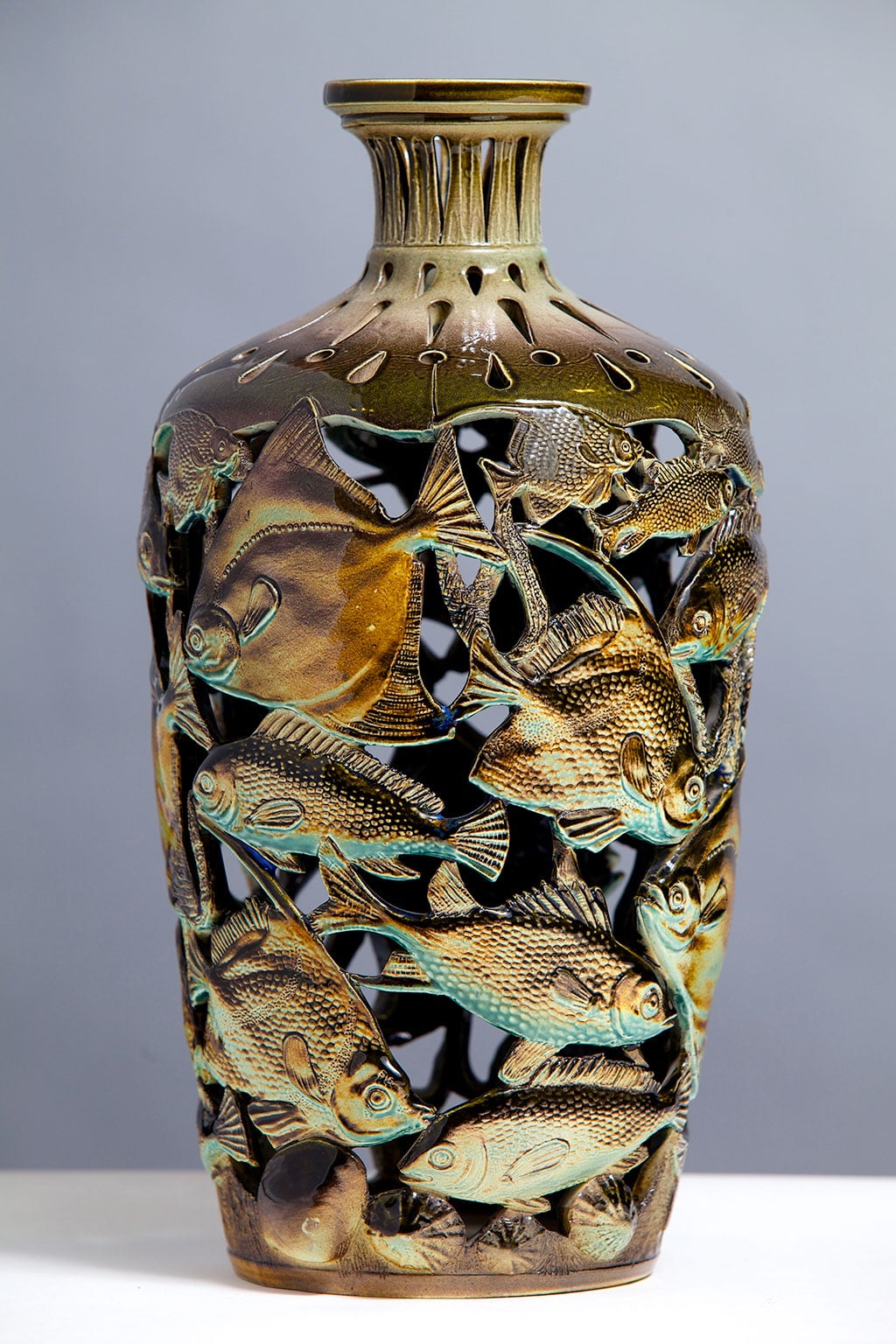 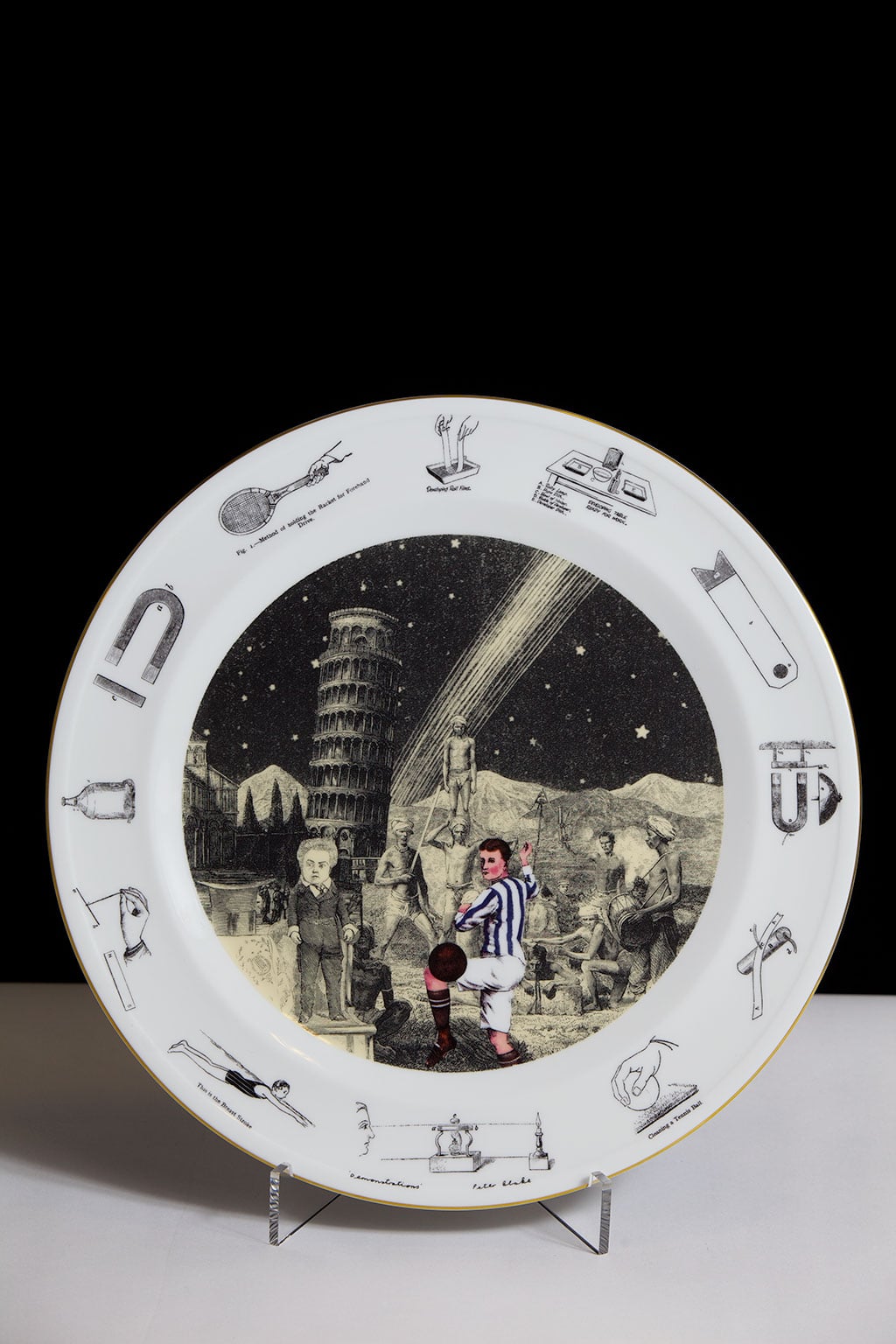 This black basalt vase marks a milestone in the Industrial Revolution. As the name might suggest, it is one of the six vases that was produced on 'the first day' of production at Josiah Wedgwood’s Etruria Works factory – and was so successful it would provide the blueprint for mass production. Thrown personally by Josiah Wedgwood himself, with Thomas Bentley turning the wheel, the vases are fittingly Etruscan in both shape and decoration.

Perhaps the best known of all the Wedgwood bas reliefs, the Dancing Hours is based on a chimneypiece that originally sat in the Palazzo Borghese in Rome. The frieze depicts the mythological Horae goddesses who personify the hours of the day. The figures have since been recreated to feature in other ornamental items in the collection, and are still produced today – although they appear more heavily draped than in the first design, in order to conceal their ‘charms'.

The Green Frog Service is considered one of the masterpieces of the Wedgwood Collection. It was produced under commission for Catherine II of Russia in 1773, who requested a 952-piece dinner and dessert service – each to be hand-painted with a view of Britain. The set was intended for her home at Kekerekeksinensky Palace – the name of which translates as 'frog marsh' in Finnish – explaining the green enamel amphibian crest that features in the design. Josiah Wedgwood employed artists to work up the sketches and also used a camera obscura to capture some scenes. The set cost Catherine £2,290,12s.4d and was dispatched to St Petersburg by sea in 11 crates.

In the summer of 1780 George Stubbs stayed with the Wedgwood family at Etruria Hall, while Josiah worked on creating terracotta plaques that the artist would be able to paint on. These large-size pieces incurred a great production cost, so Josiah suggested Stubbs made 'payment in painting' with a picture of the family gathered in the grounds of their home. Unfortunately, the piece was not liked by Josiah, who felt that the likenesses were ‘strong, but not very delicate’ and was particularly critical of the depictions of his wife Sarah, and their daughters Susannah and Mary Anne. Although never fully satisfied with the result, Josiah finally admitted that there was ‘much to praise and little to blame’ in the Stubbs painting. 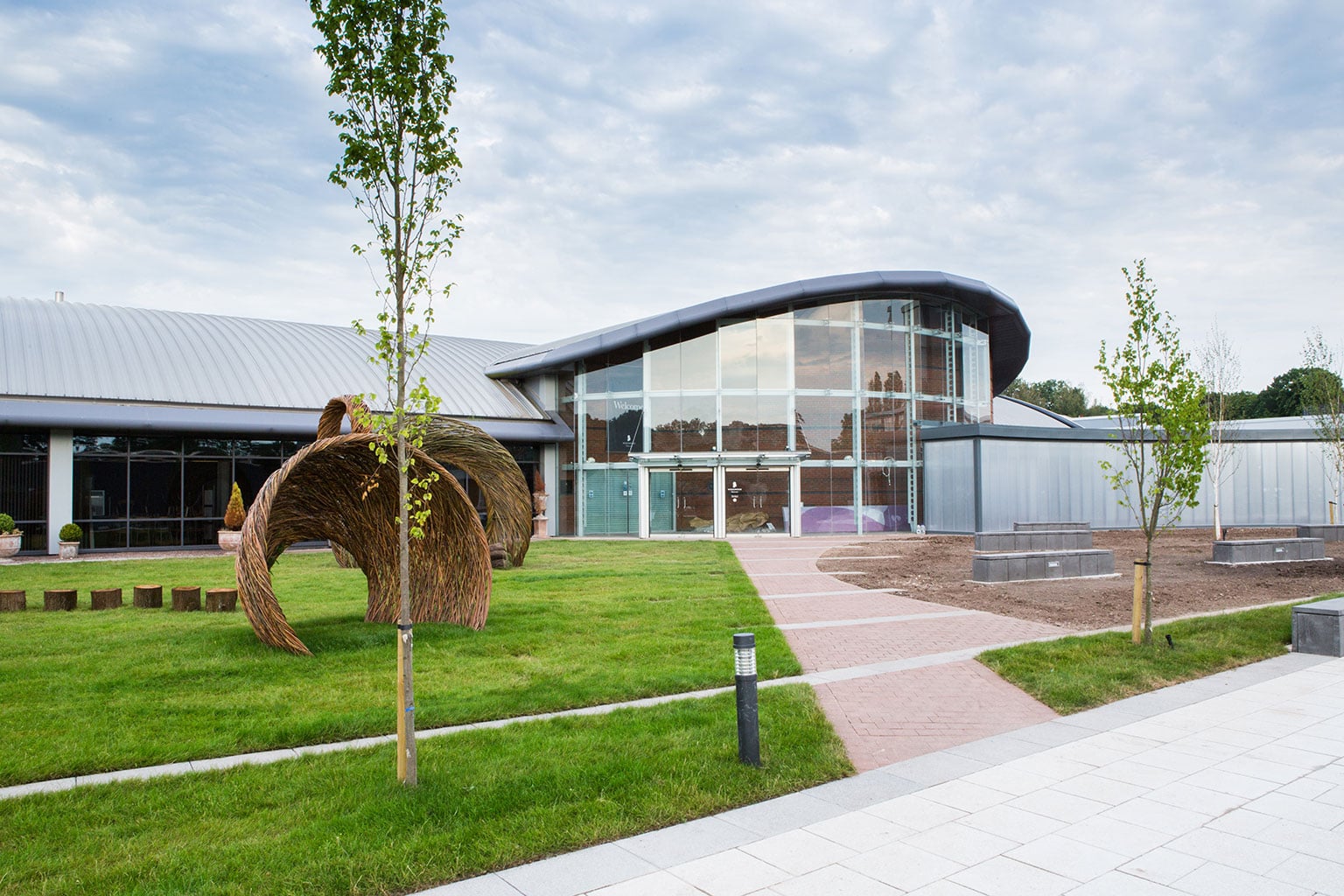 The Wedgwood Museum houses 3,000 items from the important collection an Art Fund campaign helped to save last year, © World of Wedgwood

Josiah Wedgwood was fascinated by shells – or as he called them 'beautiful mansions' – and during his lifetime he amassed a large collection, which he later bequeathed to his sons. In fact, Josiah's working knowledge of shell names was so vast that he declared to his partner Thomas Bentley that he was 'in imminent danger of becoming a connoisseur'. Josiah even asked Bentley if he would take time out of his honeymoon in Margate to hunt for interesting varieties. Shells not only inspired the shapes of the Nautilus dessert ware series, but also the surface patterns that Josiah used.

Josiah was opposed to the slave trade, and in the 1780s he began producing a series of medallions advocating its abolition. These were made and distributed entirely at his own expense. As can be seen here, the medallions depicted a kneeling slave in chains asking: 'Am I not a man and a brother?', which is the emblem of the Society for the Aboliton of the Slave Trade. Worn as hatpins, brooches and necklaces, they are one of the earliest examples of a fashion item that was used to support a cause.

Egyptian style was all the rage in the early 19th century, thanks to Horatio Nelson’s victory at the Battle of the Nile. The Wedgwood factory responded with a series of teawares that made use of ancient hieroglyphics – although at the time these were purely decorative as their meanings weren't discovered until 1822. The crocodile finial is thought to refer to a remark made by Nelson’s mistress, who said that he ought to be made ‘Baron Crocodile’ because of his exploits at the battle in Aboukir Bay.

Taurus the bull was designed by Arnold Machin, the first full-time figure modeller to be employed at Wedgwood’s Barlaston factory. During the Second World War Machin devised a series of pieces that required only minimum craftsmanship, as many of the factory's personnel were involved in work supporting the military effort. Taurus the bull was constructed using just two moulds, and was decorated with signs of the zodiac from lithographs Machin created himself.

Elwyn James was talent-spotted by the Wedgwood chairman while still a student at Wrexham Art College in the 1960s. James had an eye for the unusual and often chose to work in the difficult bone-china body; for this piece, he excruciatingly hand-carved each individual detail onto the vase. During his career at Wedgwood, James experimented with new kinds of glazes, and the vase has been coated in one of his experimental concoctions.

The World of Wedgwood opens to the public on 17 July 2015. It comprises the museum, factory, the Wedgwood flagship store and tea room. As well as free entry to the museum, National Art Pass holders receive 50% off the factory tours.