We asked the curators of the British Museum's riviting exhibition to share their personal highlights with us. 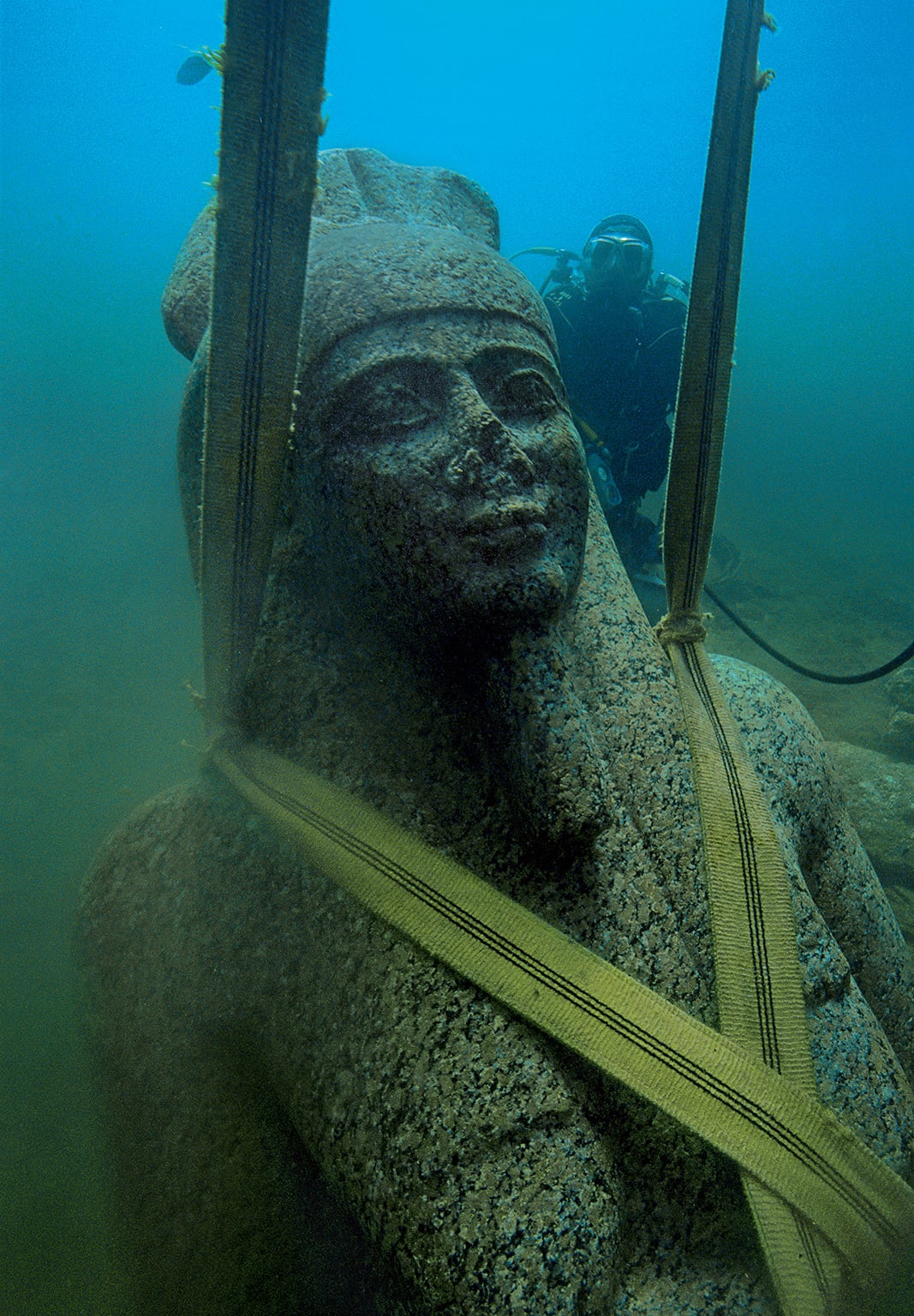 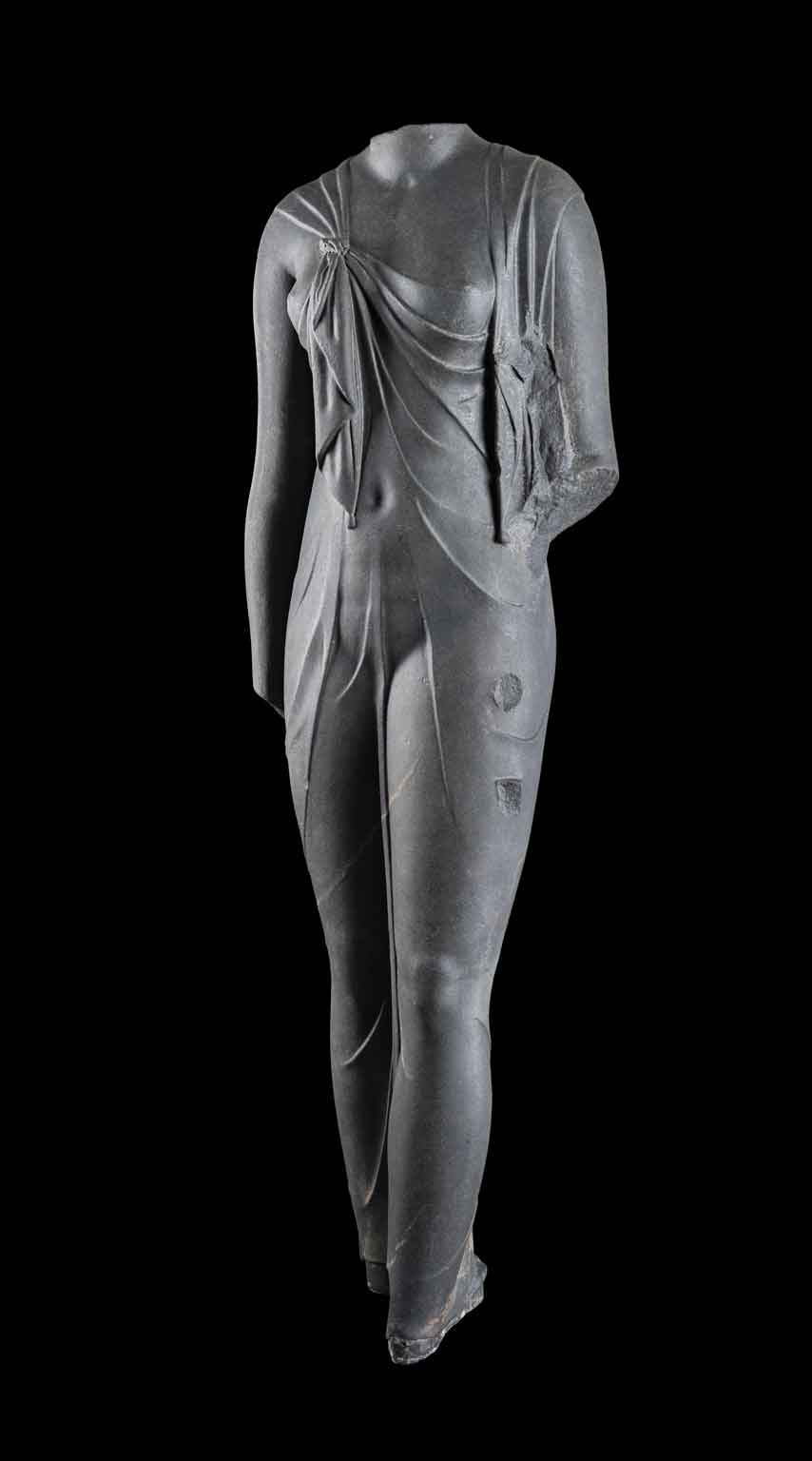 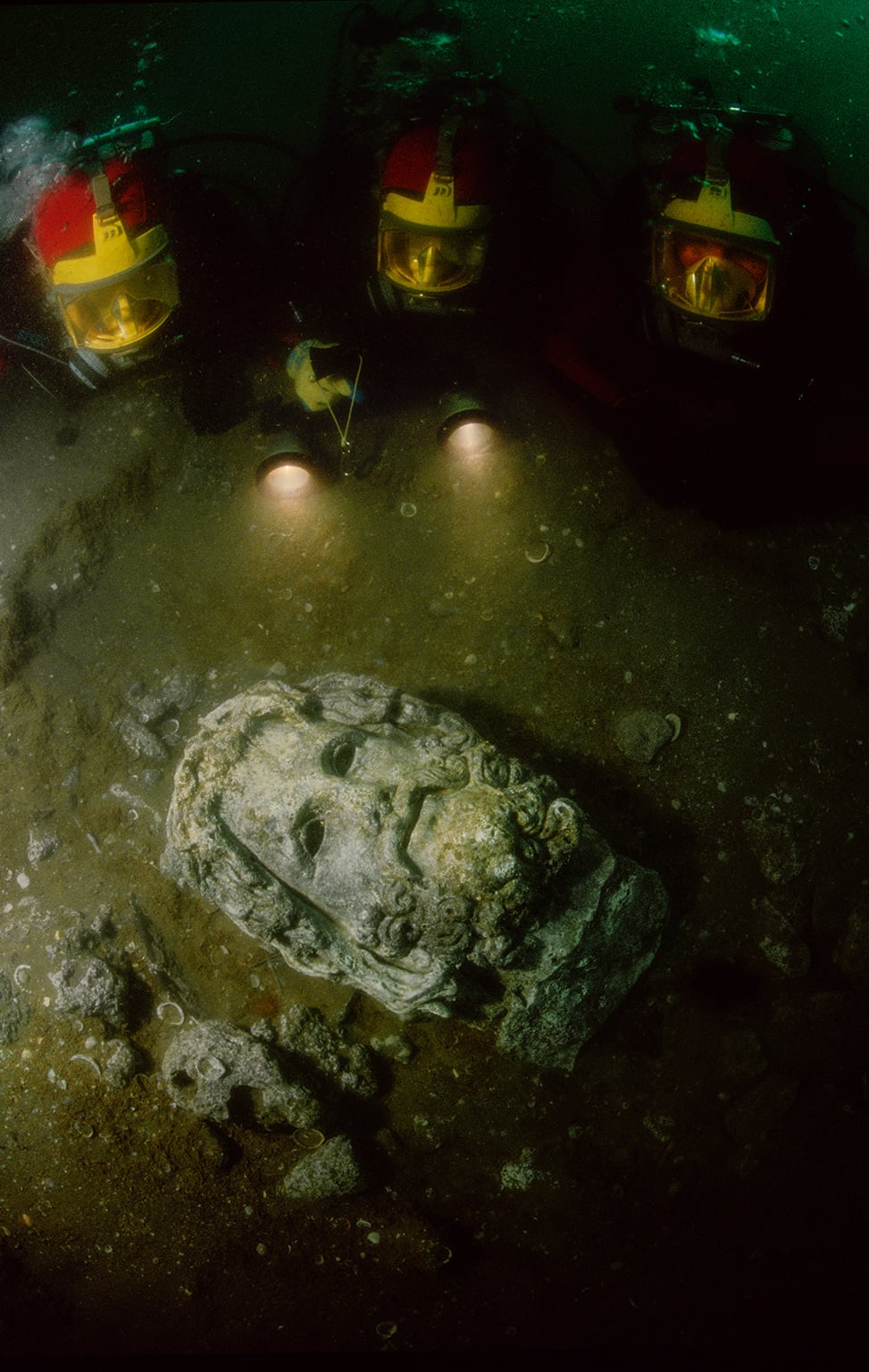 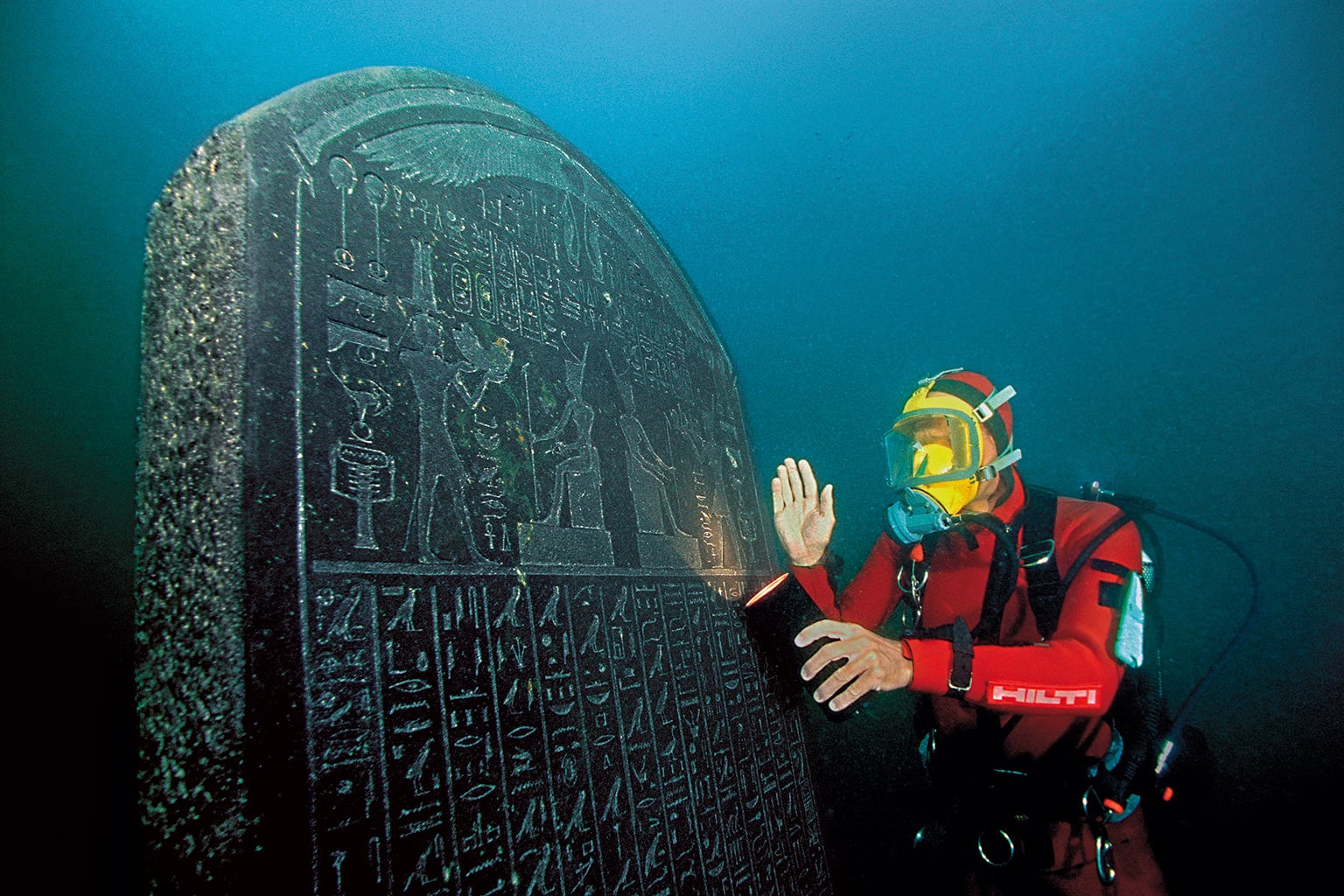 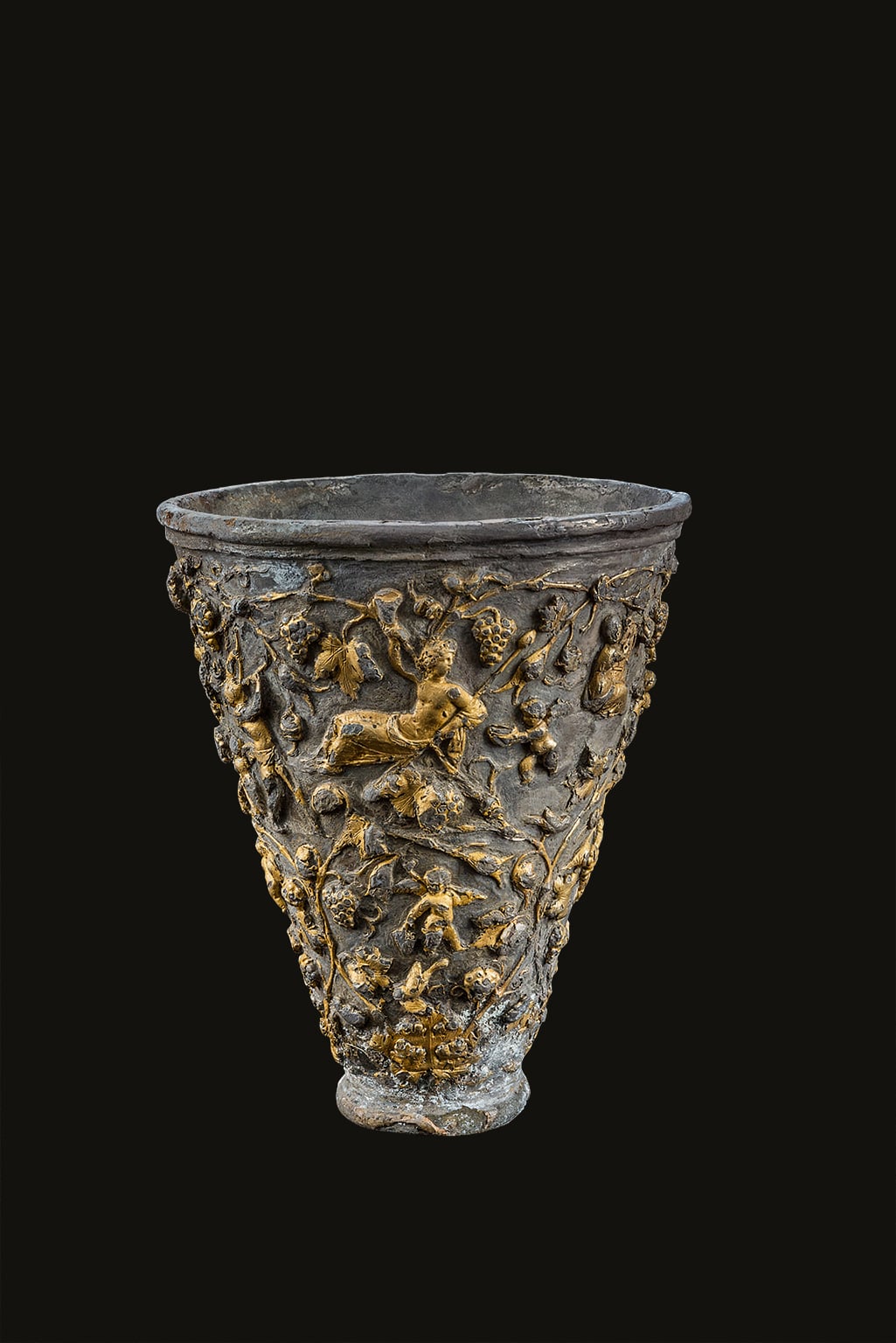 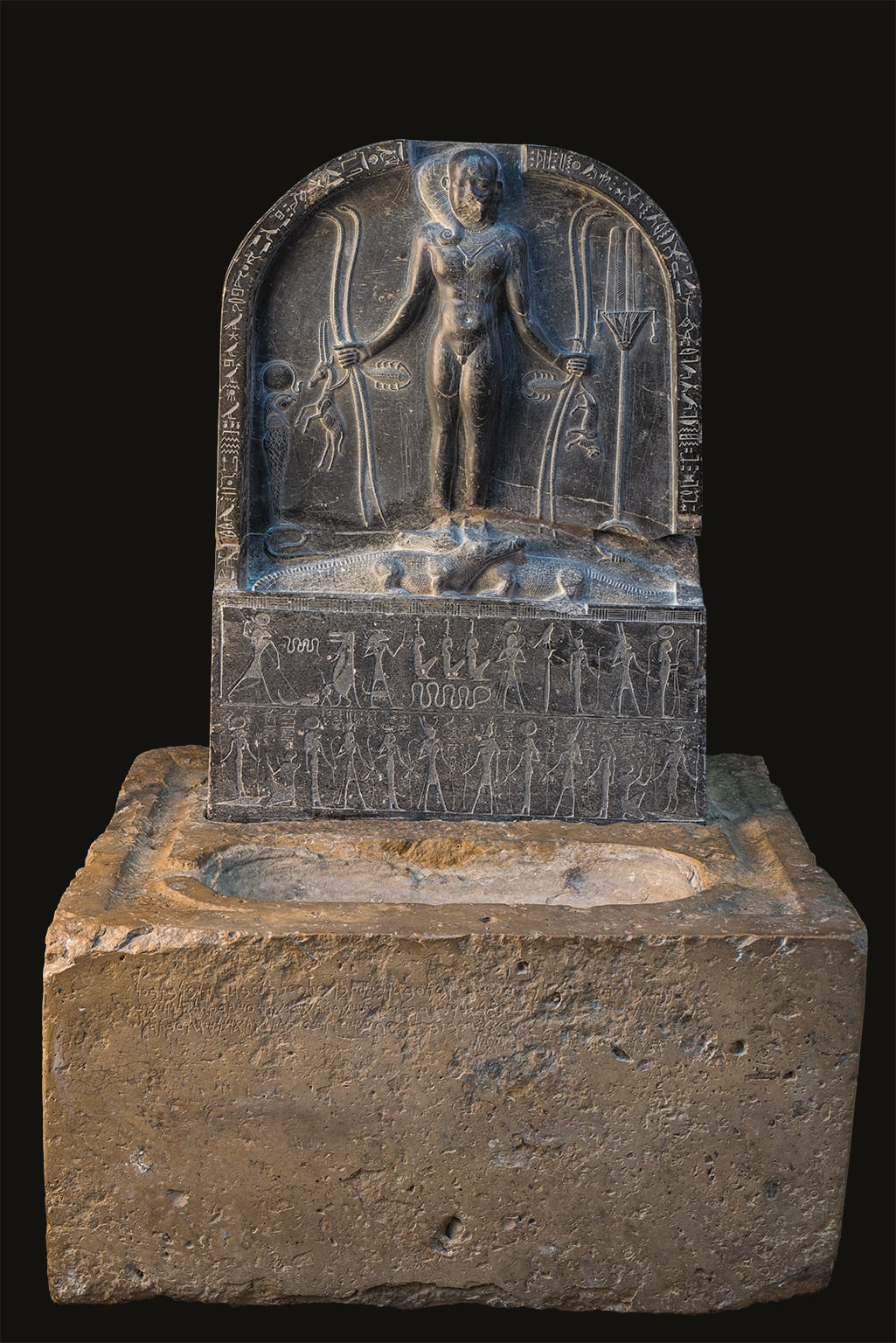 Sunken Cities: Egypt's Lost Worlds tells the story of two ancient cities which lay under the sea for thousands of years, until they were discovered by a team of marine archaeologists in 1996. The exhibition displays over 300 objects ranging from gold jewellery to the every day. We asked the curators of the exhibition to tell us their must-see objects.

This colossal statue of Hapy once stood in front of the temple of Amun-Gereb, the principal deity of Thonis-Heracleion. He was the Egyptian personification of the annual Nile flood that brought fertility and prosperity to the country. This statue is the largest statue of a god discovered in Egypt so far.

Queen Arsinoe II was deified after her death and worshipped by Egyptians and Greeks alike. This exceptional sculpture shows Arsinoe as an embodiment of the goddess Aphrodite. The combination of Egyptian and Greek aesthetics is perfect: while the choice of a dark stone and her striding posture are typically Egyptian, the sensual rendering of her flesh is reminiscent of Greek masterpieces.

Serapis, Greek-Egyptian god of the underworld and vegetation, was worshipped for his healing powers. They were particularly potent in Canopus, where archaeologists have discovered the walls of a huge sanctuary, probably dedicated to the god. This head possibly belonged to the sacred statue of the deity housed inside the temple.

1. Royal Decree of Sais, 380 BC
Thonis-Heracleion

This stela was crucial to revealing that Thonis (in Egyptian) and Heracleion (in Greek) were in fact the same city. The decree was issued by Pharaoh Nectanebo I, regarding the taxation of goods passing through Thonis and Naukratis, another international trading hub and the first Greek settlement in Egypt.

This goblet depicts Dionysos, Greek god of vegetation and winemaking. The Ptolemies heavily promoted his cult as they claimed descent from him and Dionysos became one of the most popular gods among the Greeks living in Egypt. The annual festival in his honour featured theatrical performances and reflected upon the wealth and luxury life of the Ptolemaic and Roman Egypt.

This stela depicts the young Horus as a conqueror of dangerous animals and was believed to possess healing properties: water was poured over it, collected and drunk by people who had been injured by a wild animal. As evidenced by the inscription on its basin, the stela was dedicated by a Phoenician man who believed in the ancient Egyptian magic.

Sunken Cities: Egypt's Lost Worlds is at the British Museum until 27 November, 50% off with a National Art Pass.