To celebrate Christchurch Mansion's John Constable exhibition, we've selected the best locations to visit and follow in the artist's footsteps. 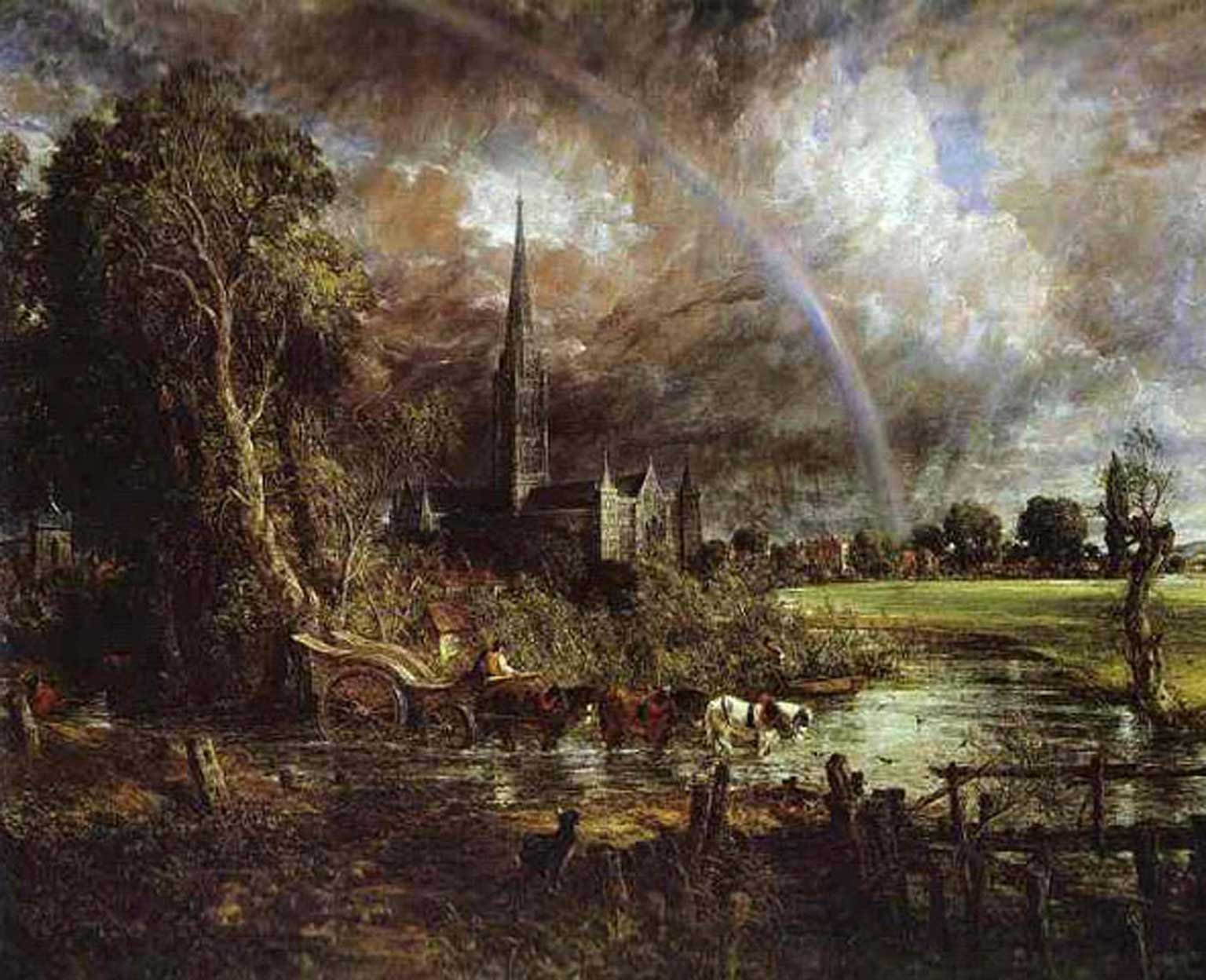 This tiny hamlet in Dedham Vale is owned by the National Trust, and was a great source of inspiration for Constable. The mill was owned by his family for three generations, and can been seen in several paintings such as Flatford Mill (‘Scene on a Navigable River’) and Flatford Mill from a lock on the Stour, which was exhibited at the Royal Academy in 1812. However the most recognisable building is a cottage belonging to the farmer Willy Lott. The Grade 1 listed property is much the same as it was in Constable’s day, and is represented in the famous work The Hay Wain, and The Mill Stream, which was Artfunded back in 1941.

This is England’s tallest Tudor Gatehouse, and was built in the reign of Henry VIII by Lord Marney. It features Italian terracotta decorations and ornate brickwork, displaying the wealth and power of its owner. Constable often went on sketching visits across Suffolk and Essex, and he recorded this site in graphite and watercolour, capturing its powerful presence.

Constable considered the incredible six-footer Salisbury Cathedral from the Meadows to be his finest work, with a tumultuous sky and enormous rainbow framing Britain’s tallest spire. This painting is on tour as part of the Aspire programme supported by the Art Fund, and forms the focal point of Christchurch mansion’s exhibition. Salisbury Cathedral offers tours, with chances to see the world’s best preserved original Magna Carta throughout 2015, the hand-wrought medieval clock (considered to be the oldest working timepiece in existence) and the Rex Whistler Memorial Prism, engraved in 1985 by his brother Sir Laurence.

Identified by the artist as ’the mysterious monument’, Stonehenge was the subject of several sketches, culminating in a finished watercolour at his last Royal Academy exhibition. The English Heritage site now features a state of the art visitors centre, featuring 250 ancient objects and a series of Neolithic replica houses.

This fortress overlooking the Essex marshes had already descended into ruins when Constable painted it, with only the barbican and two drum towers remaining. It was built by Hubert de Burgh in 1215, and became a royal residence nearly 100 years later.

The artist took up a permanent residence in Hampstead Heath in 1827 – then still very much in the countryside – in order to aid his wife Maria’s health. He made numerous studies of the cloud formations and views across the heath, such as the sketch near Whitestone Pond acquired by the Fitzwilliam Museum with Art Fund support. The urbanisation of Hampstead, which took hold during the 1800s, has often led to fears that the land would be continually excavated, or turned into a formal municipal park. To counter these plans, the Hampstead Heath Protection Society was founded in 1897, to maintain the ‘wild and natural state’ which can still be enjoyed today.