More drama than an EastEnders Omnibus – we explore the stories behind seven of the most famous women in Victorian art, from Shakespearean suicides to Arthurian curses. 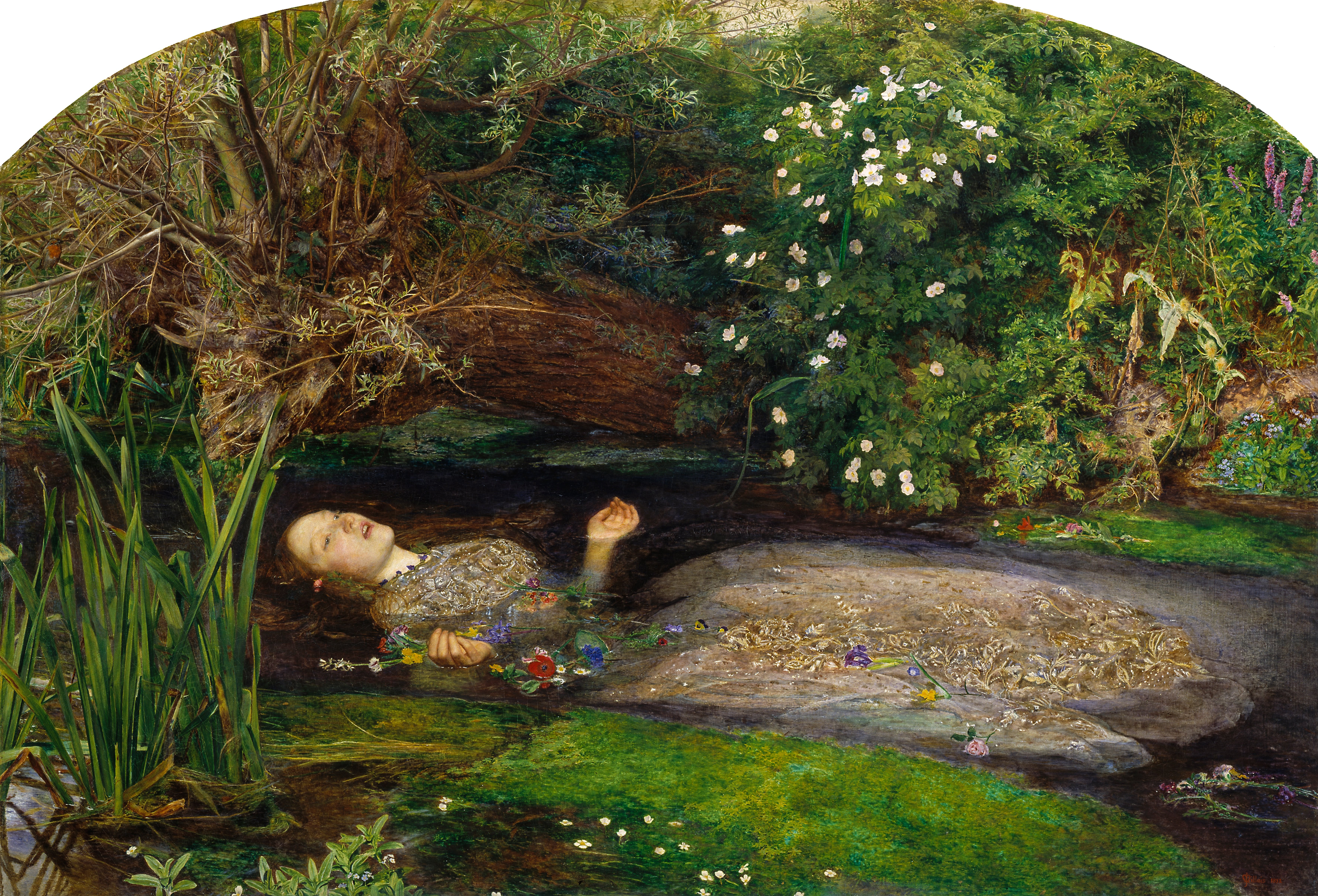 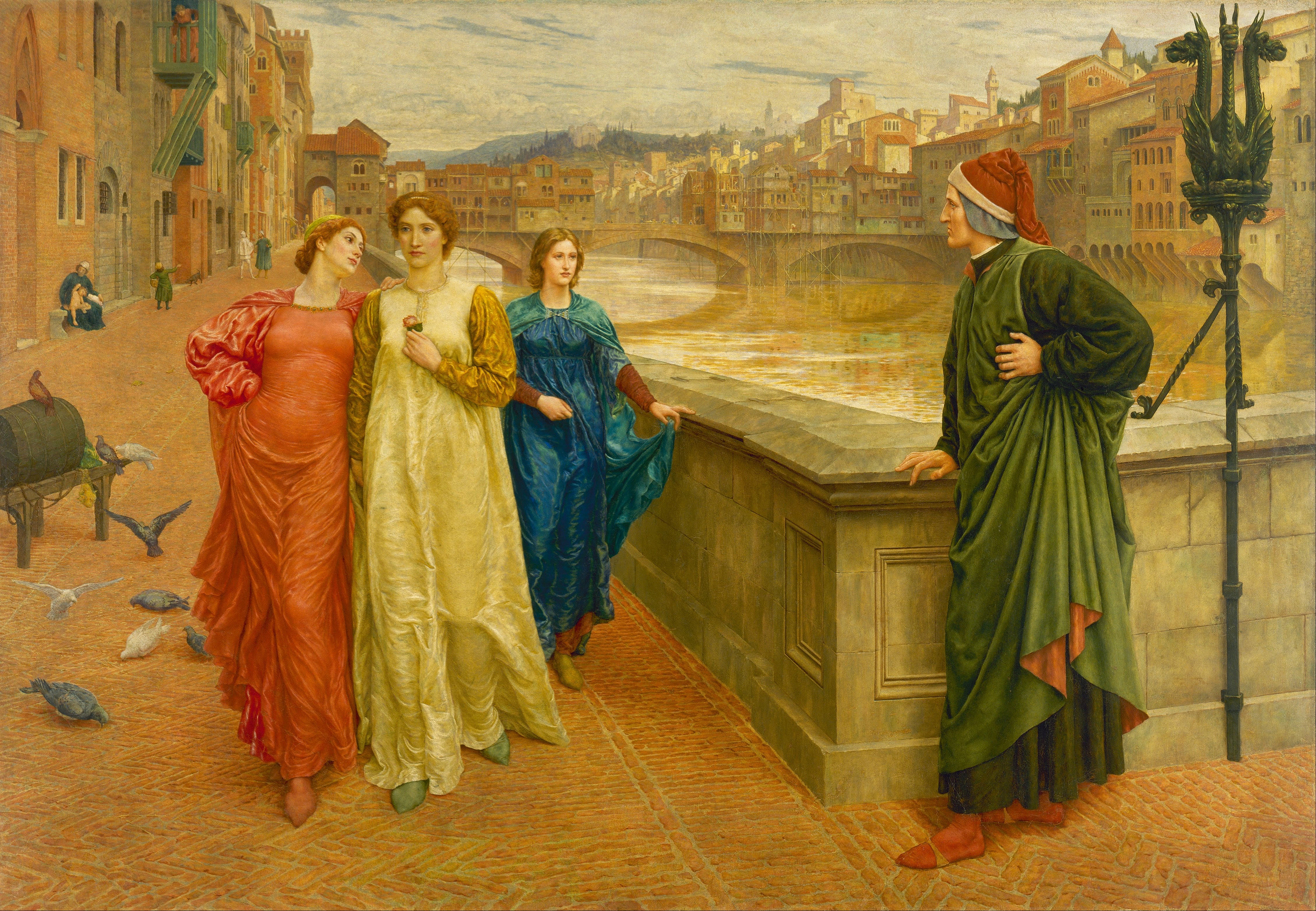 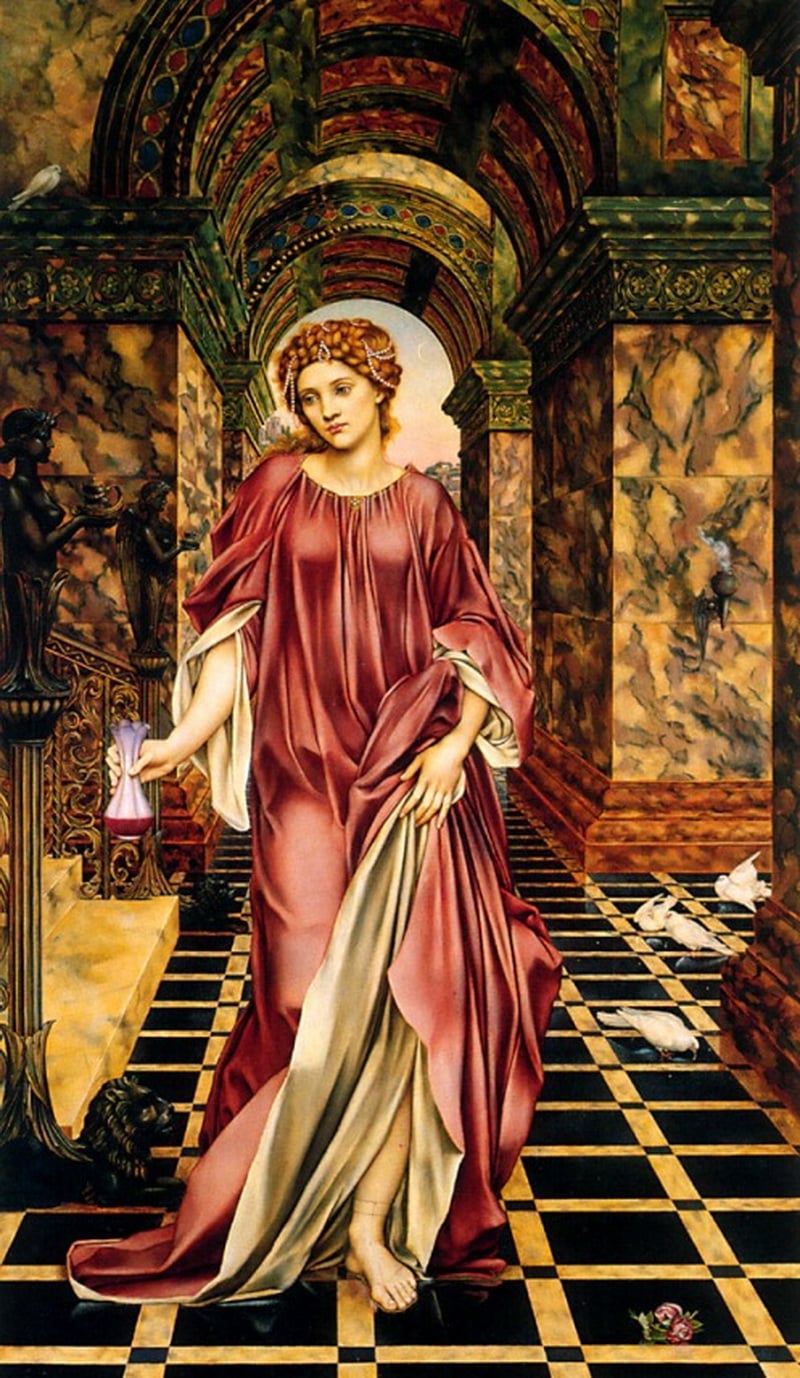 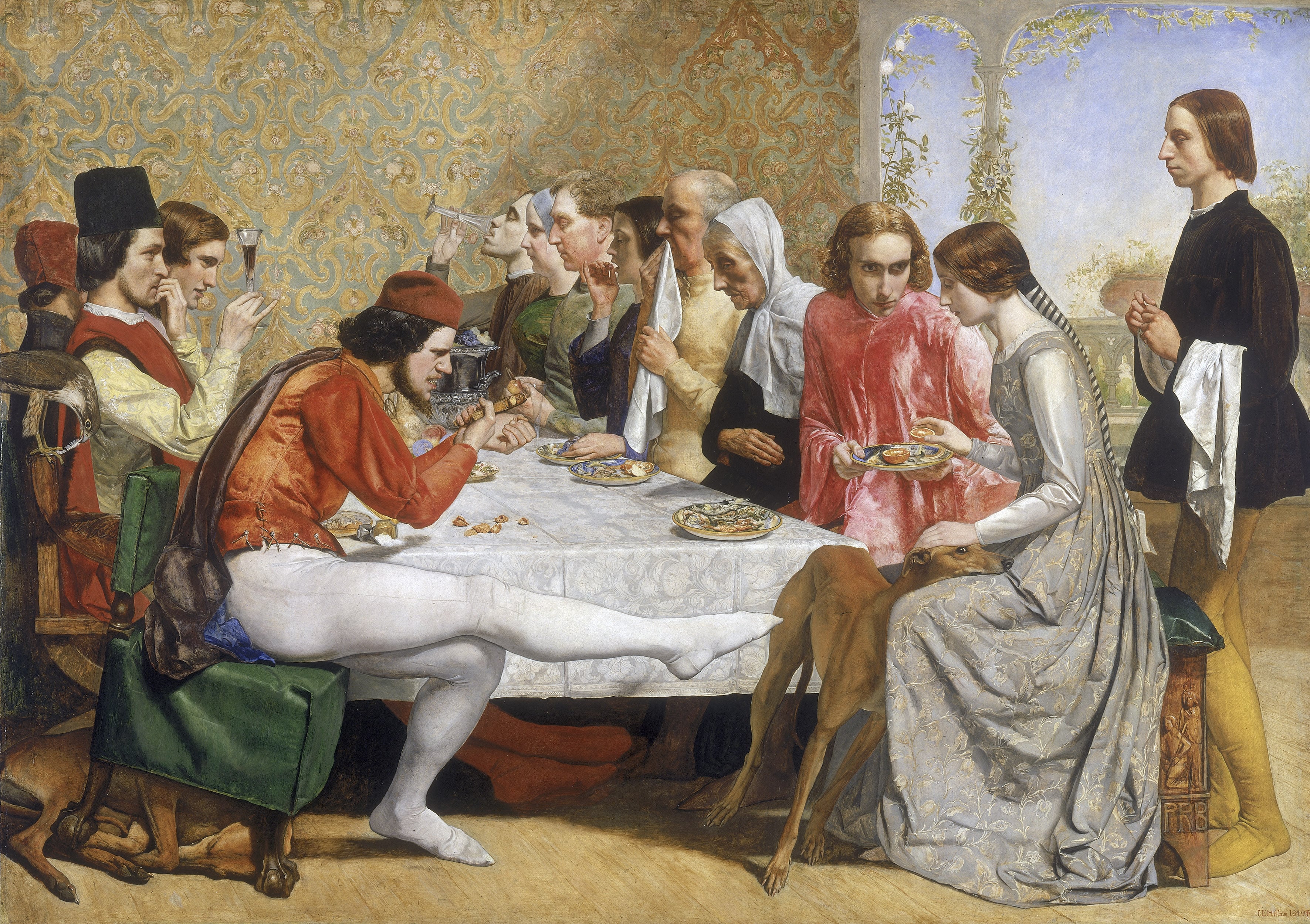 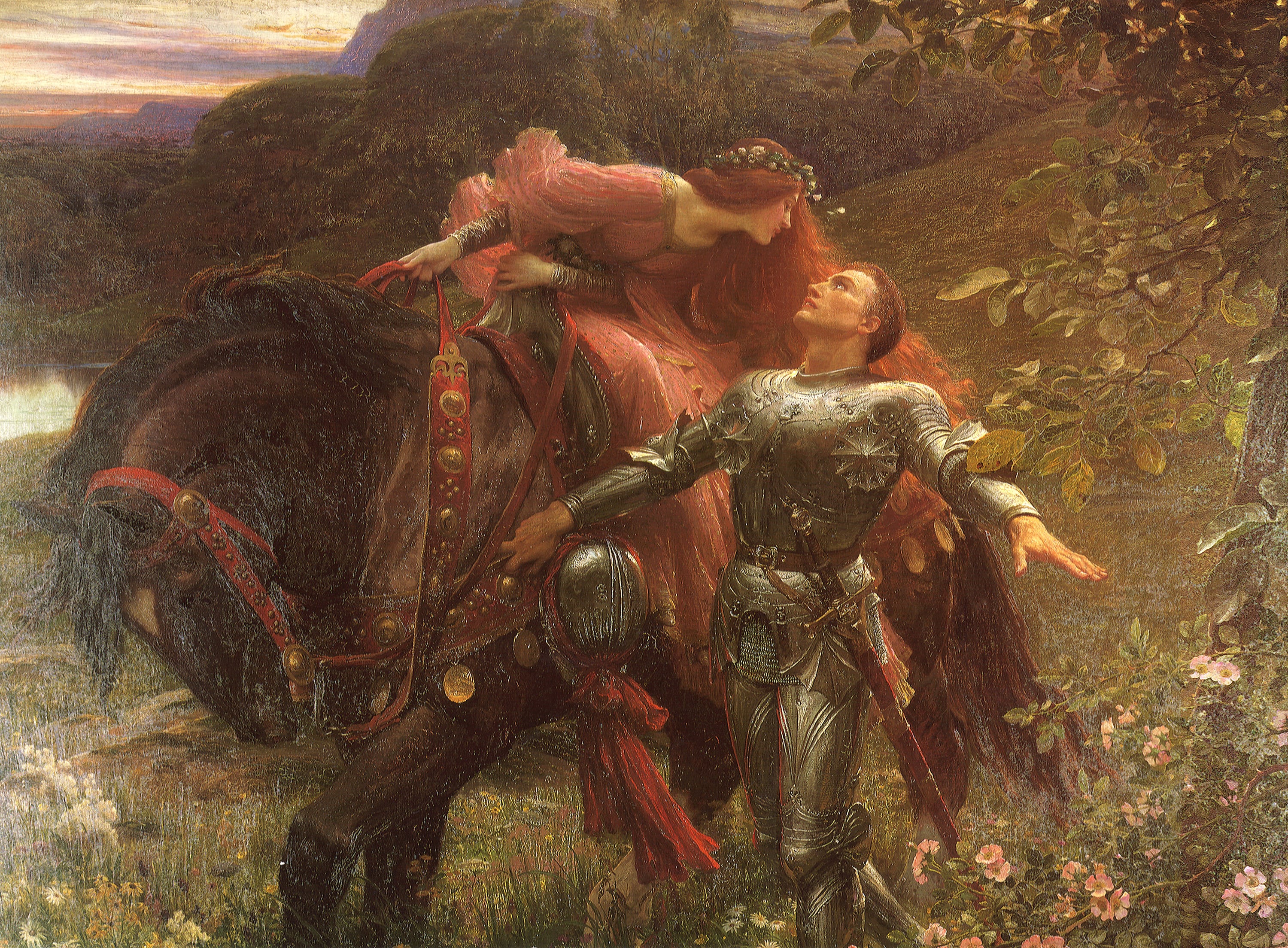 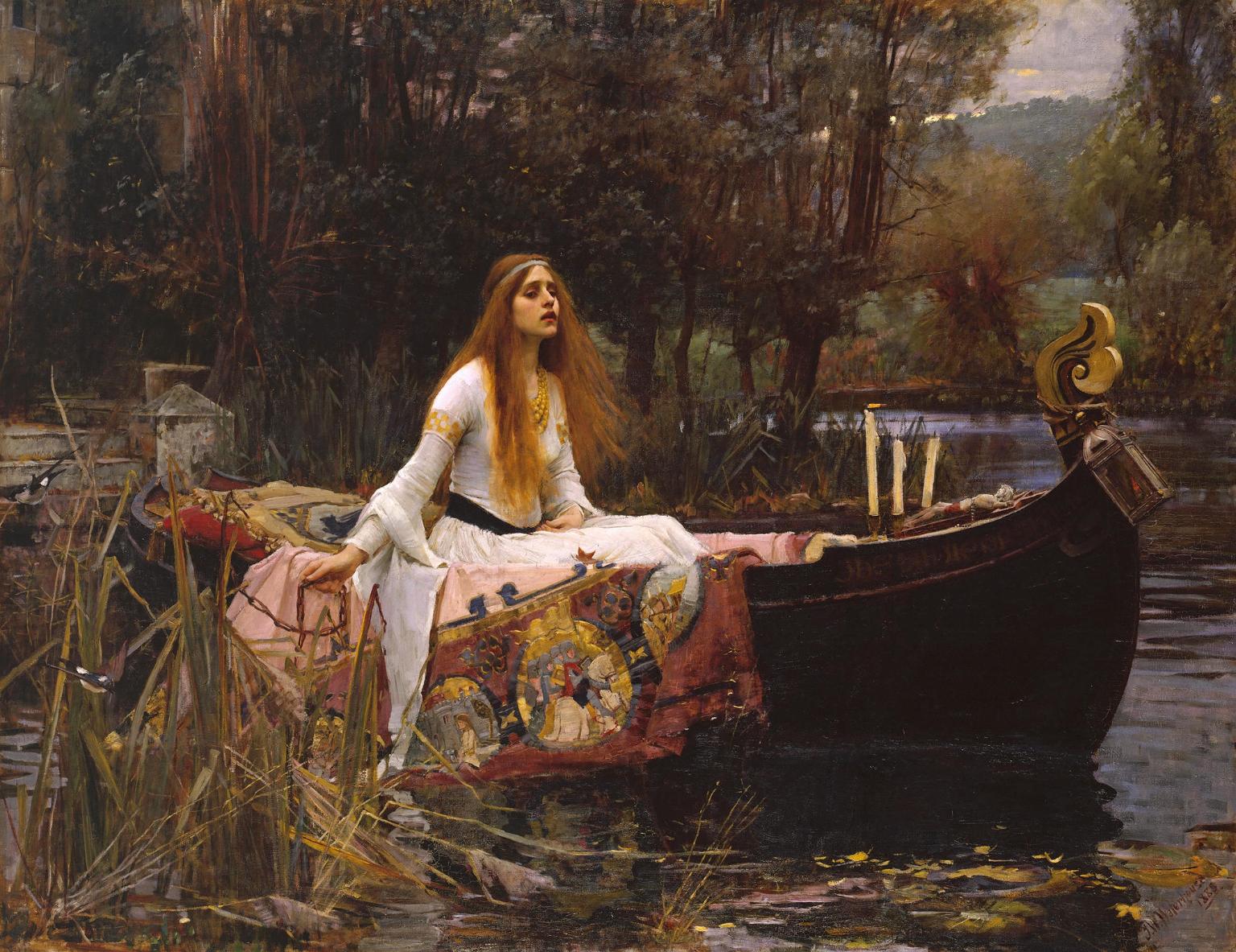 Ophelia stands out as one of the most tragic characters in one of Shakespeare's greatest tragedies: Hamlet. She begins the play in love with Prince Hamlet, but is forbidden to pursue him by her father and brother. As Hamlet's madness grows, he first breaks her heart by instructing her to become a nun, then makes sexual advances on her during the staging of a play, and finally murders her father accidentally. Driven mad by grief, Ophelia drowns in a brook, either falling accidentally from a willow tree or committing suicide, a moment captured in Millais's painting: 'her garments, heavy with their drink,/Pull'd the poor wretch from her melodious lay/To muddy death'.

Immortalised as Dante Alighieri's spirit guide in the Divine Comedy, Beatrice Portinari was the great love of the Italian poet's life. Despite this, the two only met twice. Their first encounter was at a May Day party, when Beatrice was eight and Dante a year older; nine years later, they chanced to cross paths in Florence, and Dante was greeted by Beatrice as she walked with two older women. The two would never see each other again, and Beatrice died seven years later aged only 24. In his most significant painting, Henry Holiday captures a fictional encounter between the two in which Beatrice refuses to speak to Dante, having heard rumours of his attraction to other women.

​The story of Medea and Jason is one of the oldest known Classical myths, dating back to around 700BC (making it roughly contemporary to the works of Homer). Medea's story is best known from Euripides's play, in which she murders her own children to take revenge on her unfaithful husband. The myth exists in several variations, in which Medea variously slays and dismembers her own brother, conspires to have a king murdered by his own daughters, and kills her uncle Perses. Evelyn De Morgan's Medea isn't obviously bloodthirsty, but the details of the picture suggest impending horrors: Medea's lifted skirt references her reputation as a temptress, while the vial in her hand alludes to the poison with which she tried to kill her stepson Theseus.

The myth of Proserpine was officially introduced to Rome at the end of the third century BC, in an attempt by the Roman state to win the support of the gods in their war against Carthage. A version of the Greek goddess Persephone, Proserpine was a priestess who was taken against her will by the king of the underworld and forced to live as his queen. In Rossetti's painting, Proserpine holds a partially eaten pomegranate: in the myth, the lord of the underworld eventually frees Proserpine, but only after making her eat six pomegranate seeds. Having eaten the food of the dead, Proserpine is forced to return to the underworld for six months of each year, mirroring the changing of the seasons.

Inspired by John Keats's poem Isabella, or the Pot of Basil (which was in turn based on Boccaccio's Decameron) Lorenzo and Isabella was Millais's first work in the Pre-Raphaelite style. It captures the moment when Isabella's brothers realise that their sister has fallen in love with the poor servant Lorenzo, and conspire to murder him so Isabella can be married off to a wealthy nobleman. The sliced blood orange on Isabella's plate portends Lorenzo's fate: after Isabella finds her brother buried, she cuts off his head and takes it with her, burying it in a pot of basil that she continues to care for obsessively.

While he was never a member of the Pre-Raphaelite Brotherhood, Frank Dicksee's works show the clear influence of his PRB contemporaries in their style and subject matter. His Belle Dame Sans Merci was inspired by a ballad of the same name by Romantic poet John Keats, which tells the story of a fairy woman who seduces a young knight to his downfall. As with many Pre-Raphaelite works, Dicksee's painting barely hints at the fates awaiting its subjects, leaving the viewer to discover the outcome in the original poem: 'I saw pale kings and princes too,/Pale warriors, death-pale were they all;/They cried—"La Belle Dame sans Merci/Hath thee in thrall!"'

Alfred Tennyson's Lady of Shalott is one of the great achievements of Victorian poetry: loosely inspired by Arthurian legend, it tells of a 'fairy lady' imprisoned in a tower, unknowingly cursed to die if she ever looks directly upon the outside world. Catching sight of Sir Lancelot in a mirror, she turns to see the approaching knight through the window, bringing the curse upon herself. Waterhouse's painting captures the moment when the doomed lady finds a boat and casts off for Camelot: 'And at the closing of the day/She loosed the chain, and down she lay;/The broad stream bore her far away,/The Lady of Shalott.'