Discover the stories of five of Sargent's sitters from the National Portrait Gallery's new show. 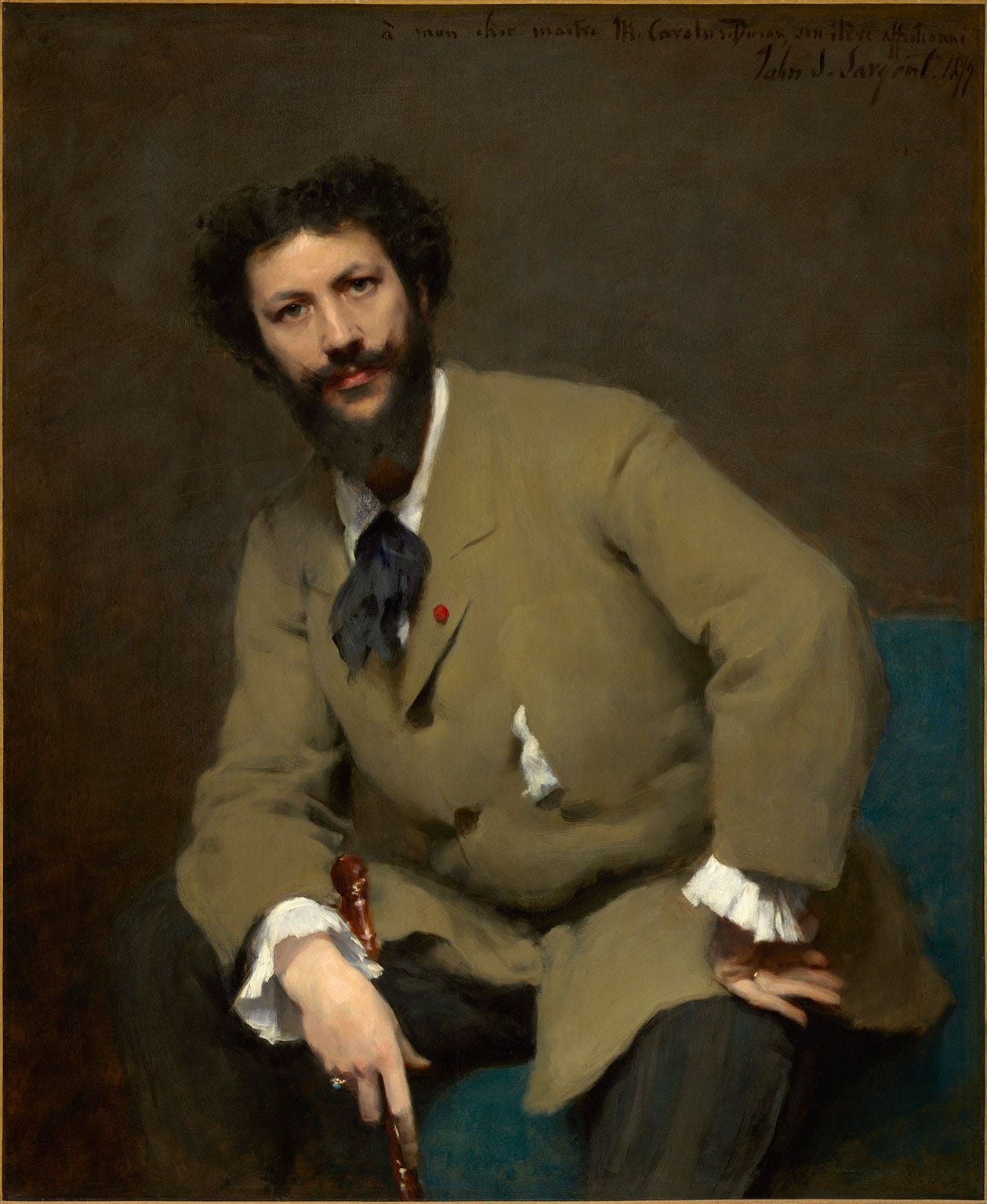 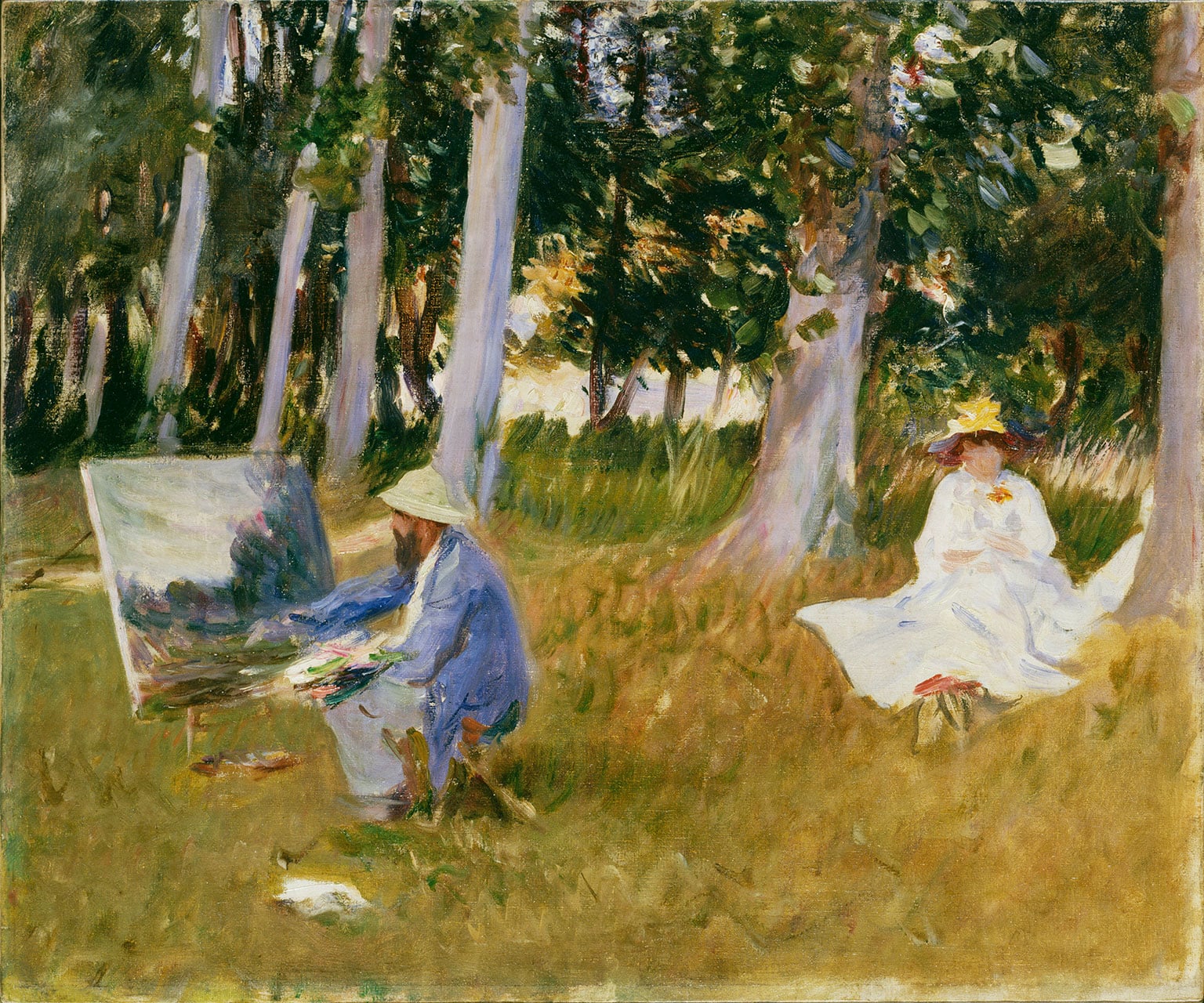 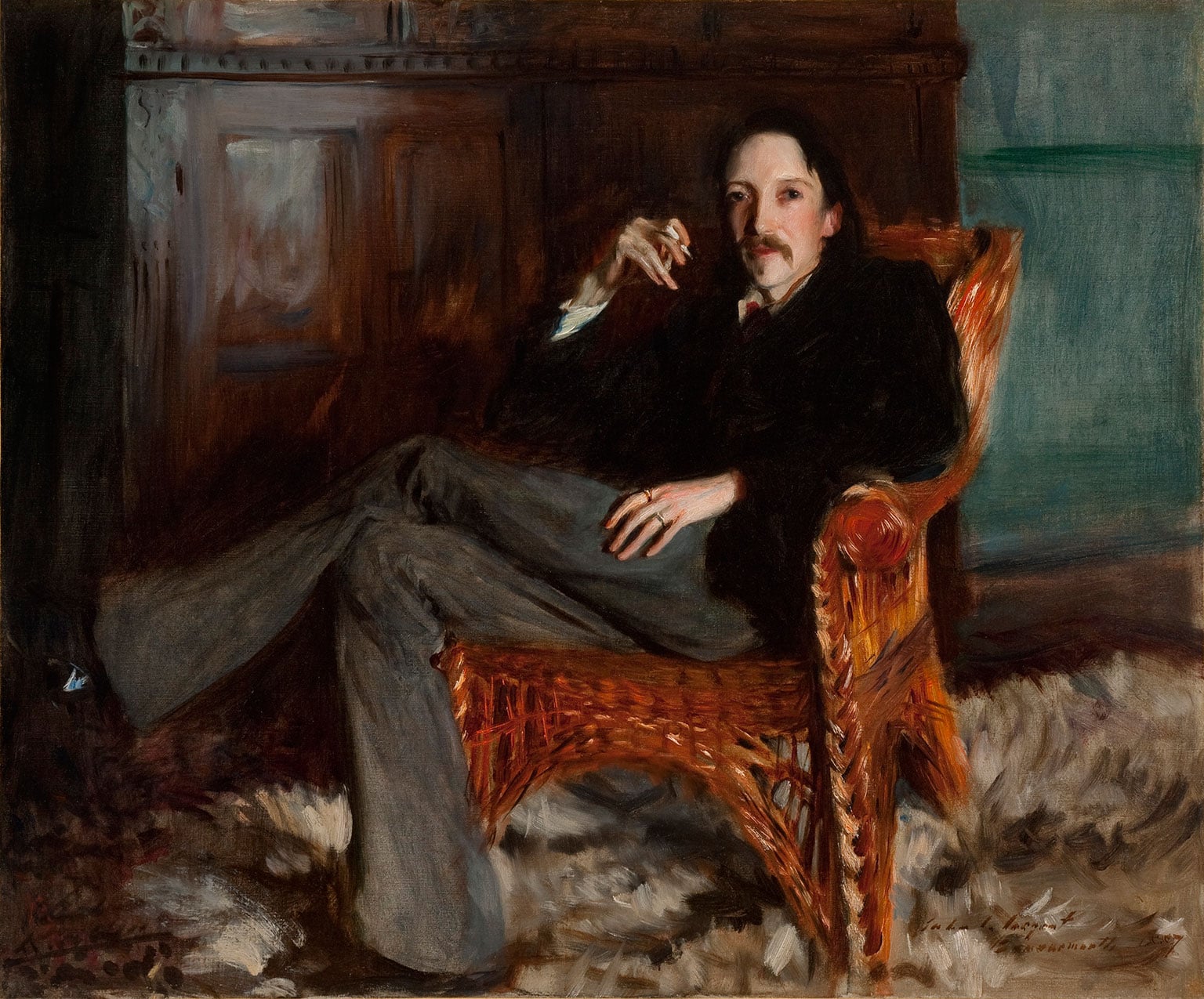 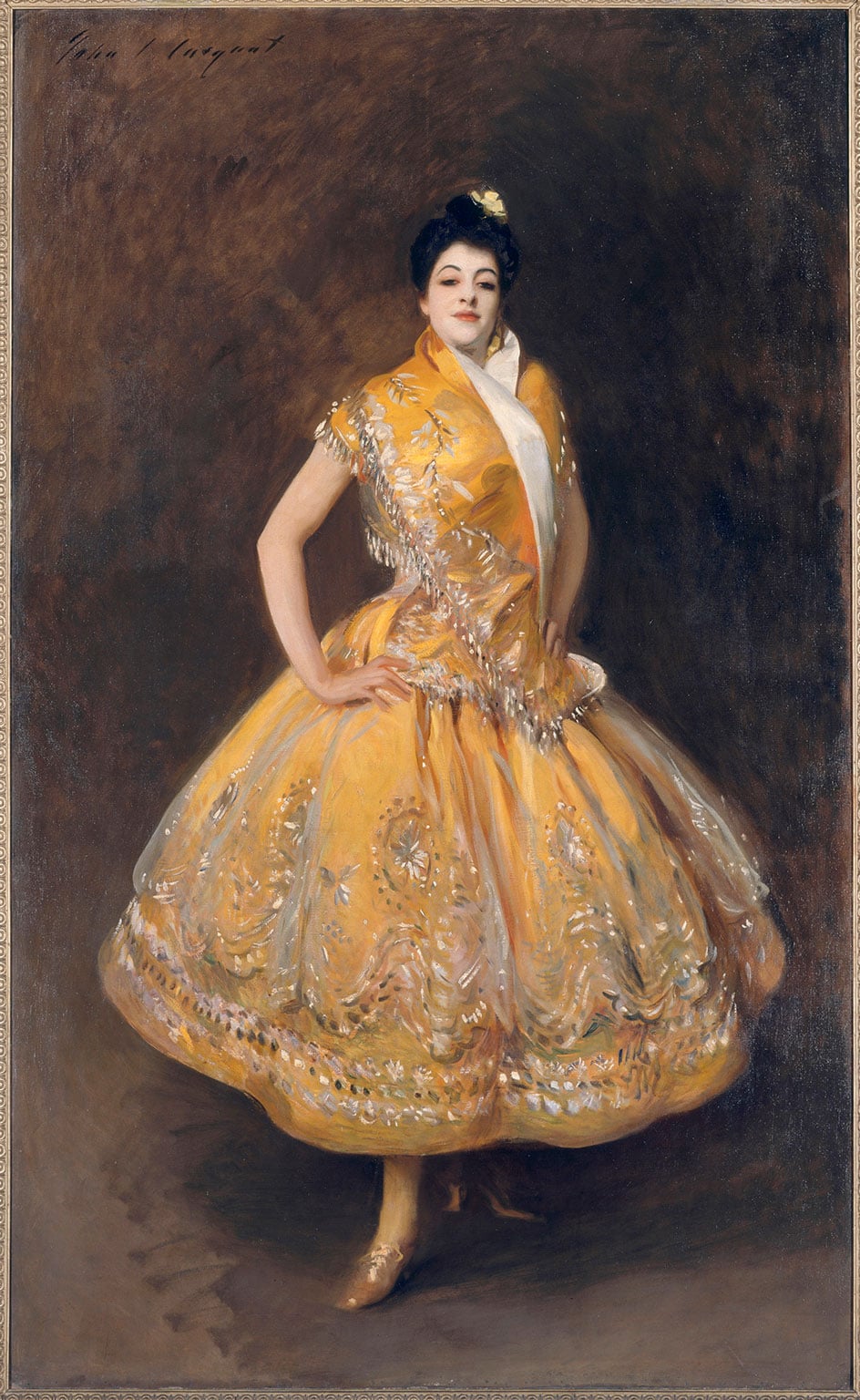 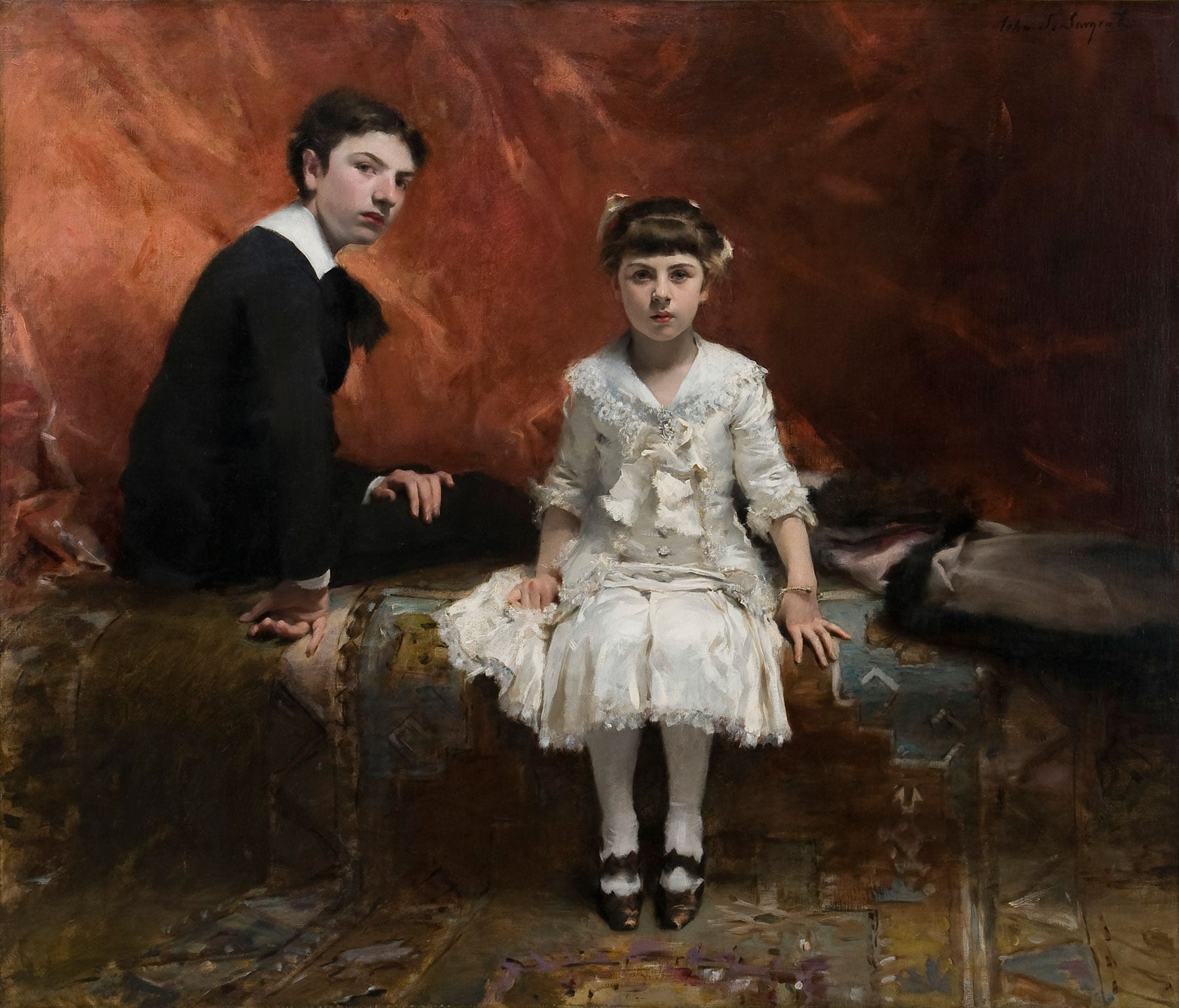 Sargent's mentor and master, Carolus-Duran was something of a showman who built his career producing stylish society portraits for glamorous clientele. He established his own atelier in 1872 where he pioneered a radical approach, encouraging students to draw and paint simultaneously using a loaded brush. It was popular with artists not wishing to study under the academic system – including Sargent from 1874. Instantly a favourite of Duran's, he was asked to assist with a ceiling decoration for the Palais de Luxembourg in which the artists incorporated pictures of each other. Duran was so delighted with Sargent's depiction of him he told him he would sit for a proper portrait. The resulting picture was sent to the Salon in 1879 where a reviewer remarked: 'It would not be possible for a pupil to pay a more dignified homage to his master'.

Sargent usually presented the sketches he made of friends and fellow artists to them as gifts, but this picture of Claude Monet was a notable exception. It remained with Sargent all his life and was found in his studio when he died. The piece is considered particularly important to the history of Impressionism as it shows the French artist painting – as he advocated – sur le motif and en plein air. But it also documents Sargent's unequivocal admiration of Monet, who he consulted regularly about pigment choice and painterly technique. In fact it seems his requests may have been a little too frequent, with Monet writing – rather irritably – in a letter to his wife that Sargent was 'making an extraordinary enquiry about the use of yellow and green and asking me if I am coming to London; he needs me to advise him on the pictures he is working on’.

This was Sargent's third portrait of Robert Louis Stevenson, produced under commission for Boston banker Charles Fairchild who intended it as a gift for his wife – a poet and literary hostess. Painted in Bournemouth in April 1887 when Stevenson’s health was in rapid decline, the composition and characterisation contrast with Sargent's previous depictions of the writer. Stevenson is alert with nervous energy and he is captured during his habitual chain-smoking of cigarettes. A friend of the Stevenson family wrote to Fanny: ‘We went to see Louis’ portrait [in Sargent’s studio]. I don’t know of course about pictures, but I liked it far away the best of any I have seen at all, it is wonderfully true... Isn’t it a pity it should go off to America to this stranger lady’.

Sargent painted a series of theatrical portraits in 1889-90, including this of the wild Spanish dancer La Carmencita. He and fellow Duran-protegee, James Carroll Beckwith, watched her perform at a music hall in New York and Beckwith invited her to come and dance at his studio. According to accounts, the performance went on until 'near 3 o’clock when Sargent took her home' to paint her. She was a restless and demanding sitter, and the artist made many attempts to capture the right composition. Working swiftly and leaving parts – such as the arm – unfinished, he himself called the picture ‘very sketchy'. At its presentation it divided critical opinion, with one review surmising it as: ‘at once fascinating and repulsive. The picture kills everything on the wall’.

This portrayal of the children of playwright Édouard Pailleron and his wife Marie – whom Sargent also painted – was the artist's first double portrait. Marie-Louise Pailleron went onto become a literary figure in her own right; she was the historian of the Revue des Deux Mondes, the previosuly unremarkable journal her grandfather had transformed into a vital force in French cultural life. The young Édouard Pailleron left no account and Marie-Louise hardly mentions him in hers, other than to say that he was their grandmother’s favourite. Yet interestingly in this piece, Marie-Louise is the focal point with her brother almost a secondary presence. Marie-Louise recounts 83 sittings for the portrait, as well as battles about costume and the arrangement of her hair.

Sargent: Portraits of Artists and Friends is 50% off with your National Art Pass.