If you are missing Sarah Lucas at this year’s Venice Biennale, we have found some of her great works that you can see here in the UK. 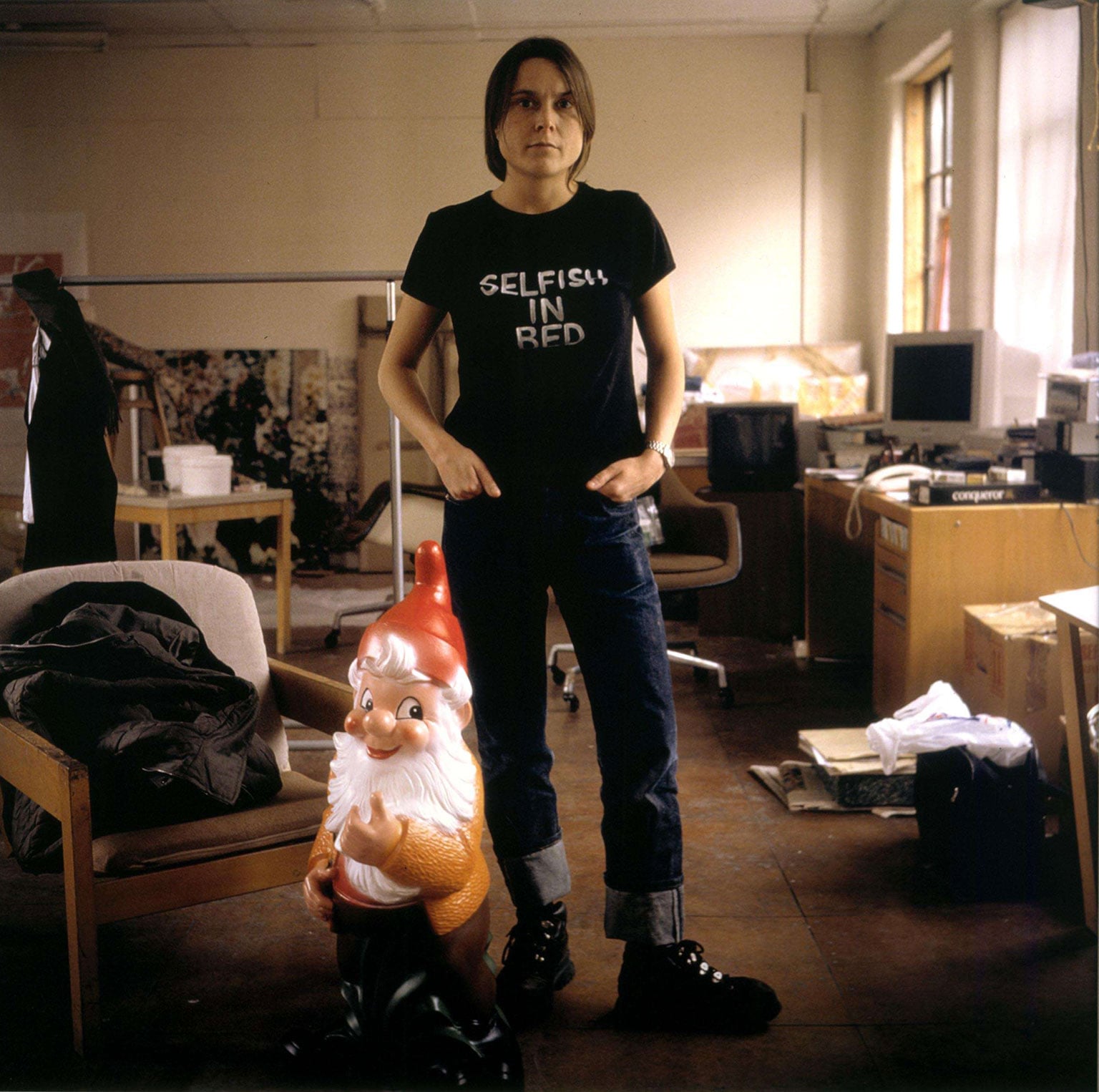 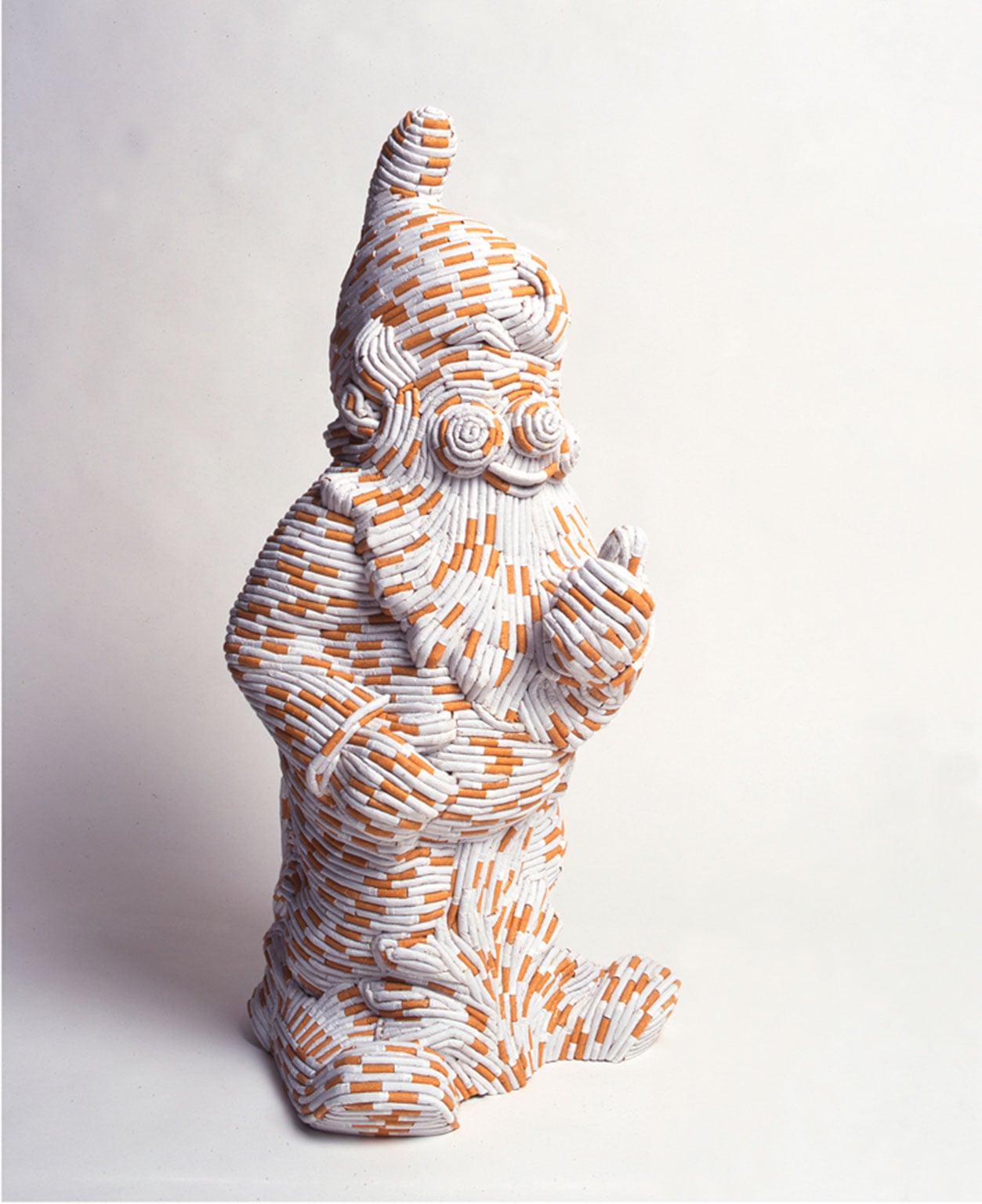 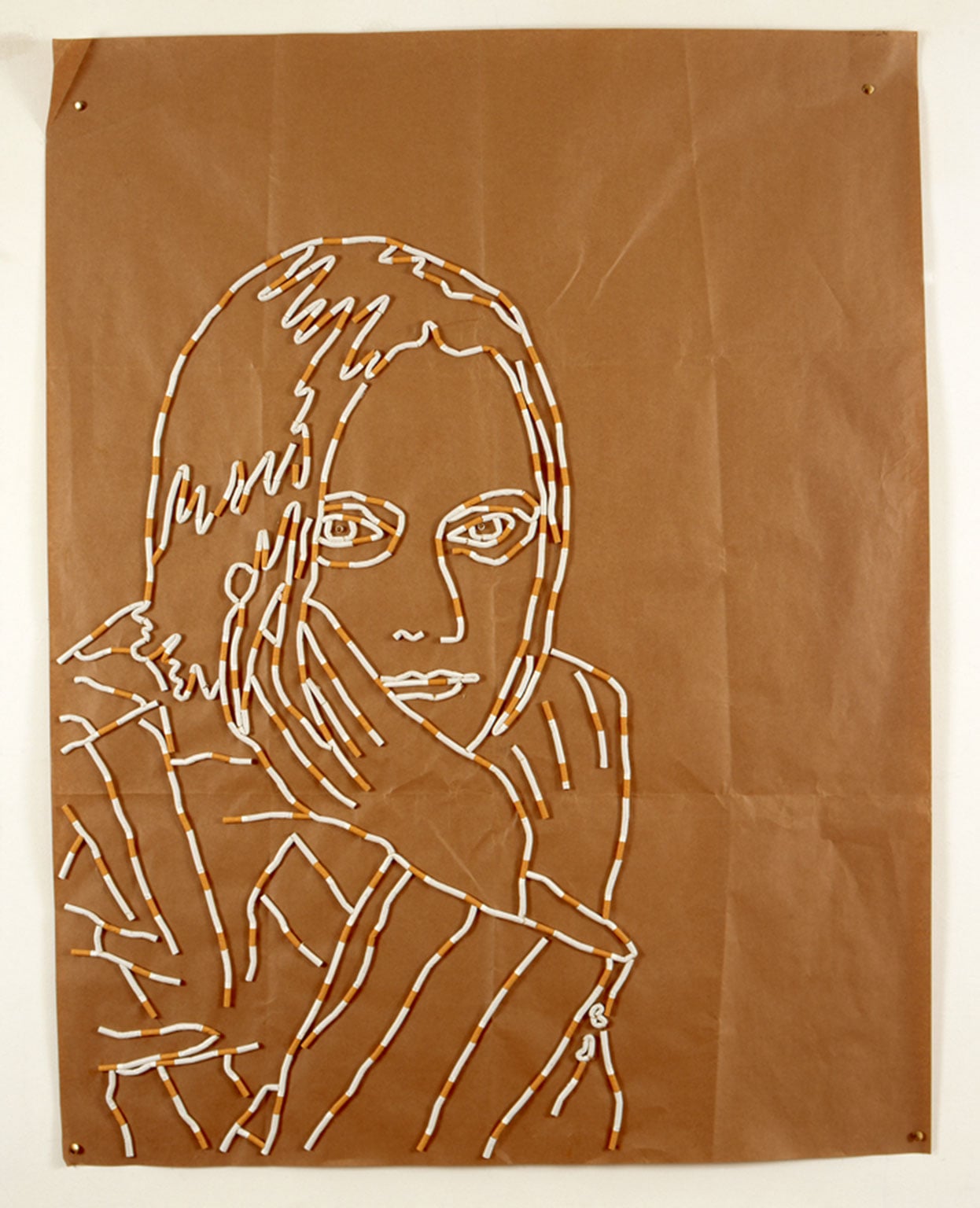 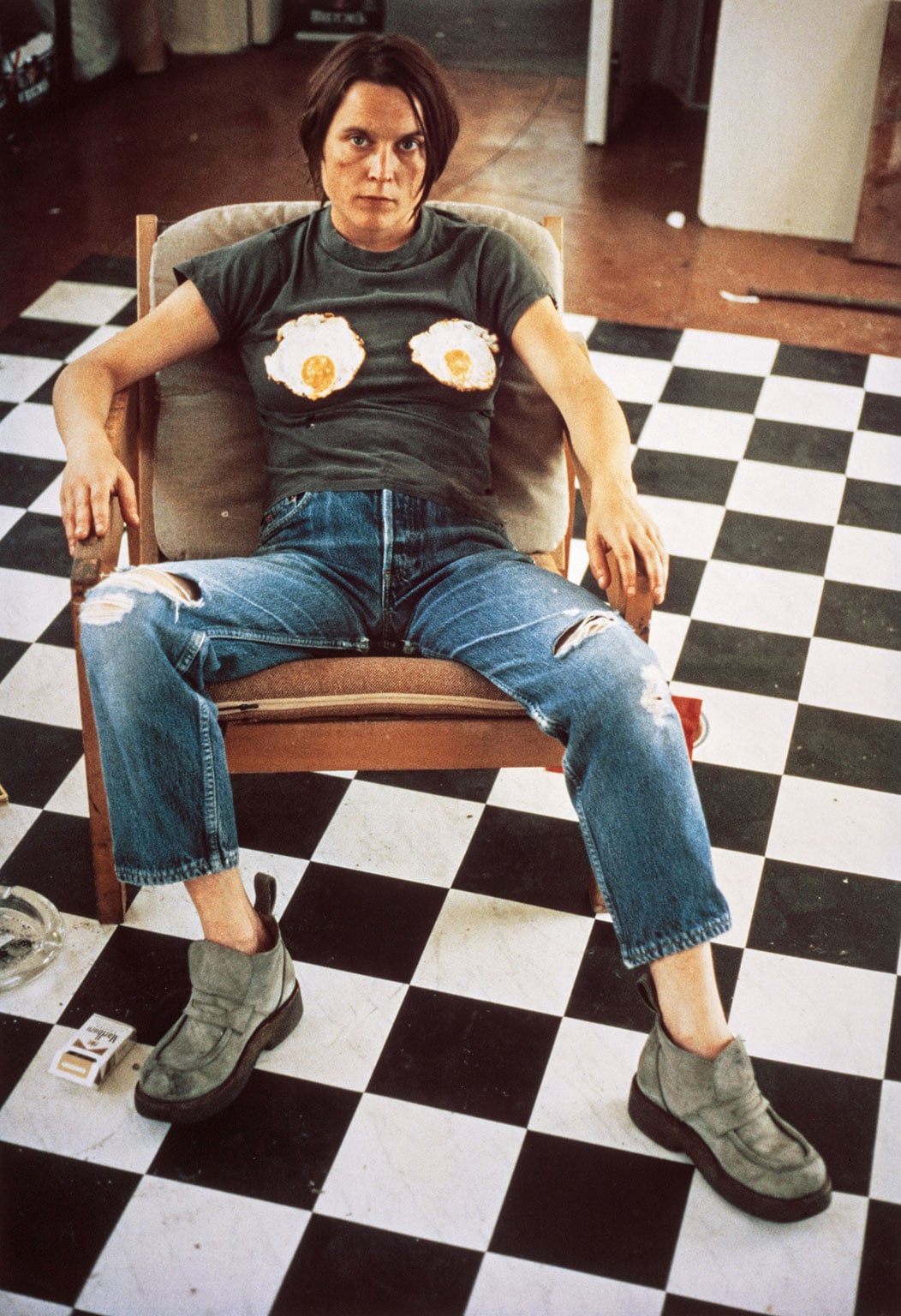 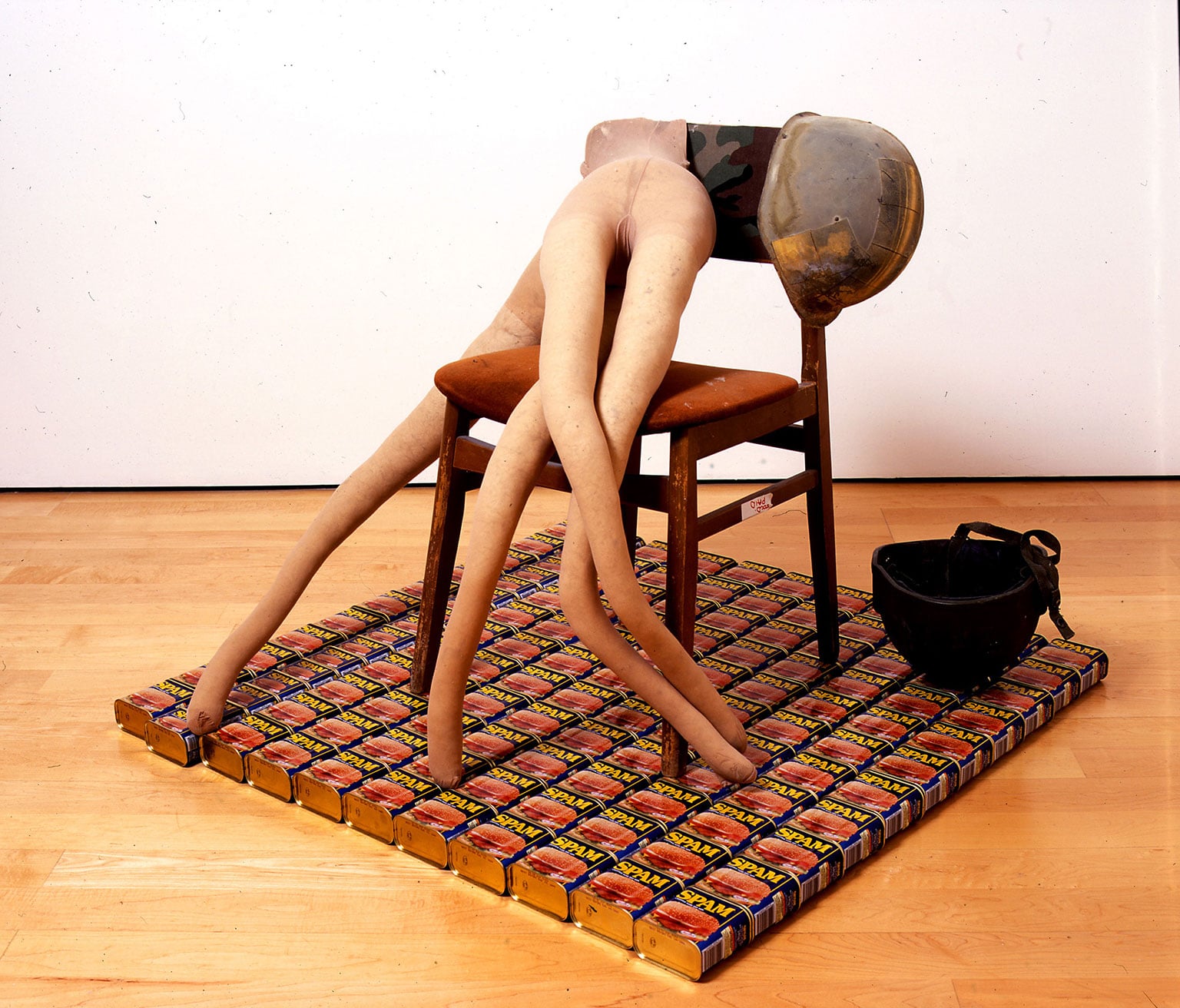 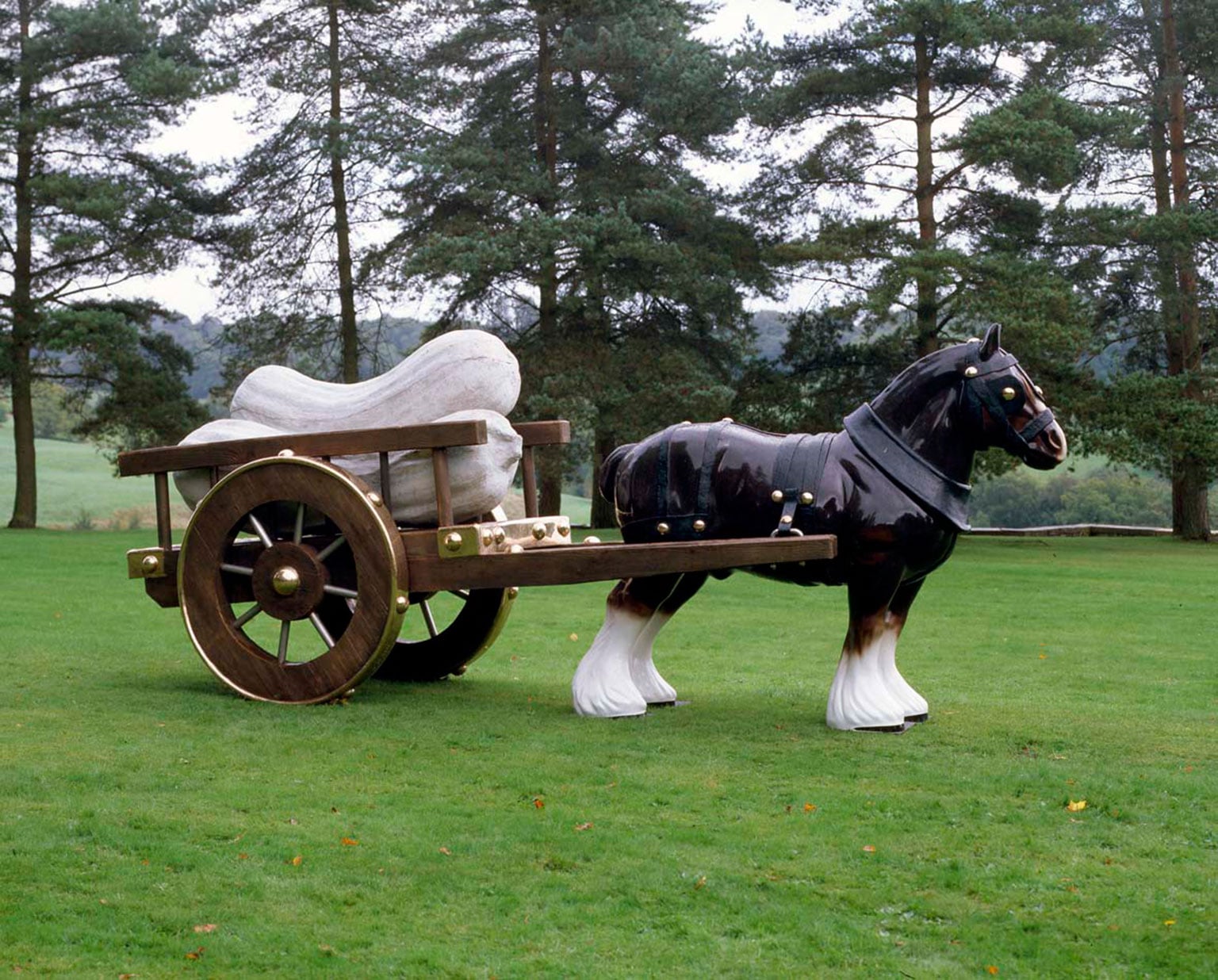 Tits in Space, Lucas’s iconic wallpaper, lines the walls of her Manchester show and aptly sets the scene for a collection of suggestive sculptures. Willy, Selfish In Bed I, Self-Portrait with Cigarettes, The Stinker and ICON are all works from the noughties – a decade on from her rise to fame. Although she exhibited at Freeze, the warehouse group show organised by Damien Hirst that launched his generation, Lucas did not have a solo show until 1992. ‘After Freeze there was particular interest in Gary, Damien, Mat [Collishaw], Michael Landy, Angus. I was thinking, “Oh, it’s all the blokes.” It was a couple of years or more before it happened for me,’ Lucas told The Telegraph.

In the 1990s, Lucas became particularly interested in feminist literature. A self declared feminist, her work often questions the traditional depictions of women. The androgynous dress, macho pose and surly expression are characteristic of Lucas and create an image of defiant femininity.

Spamageddon is both cheeky and nostalgic. Lucas has the exceptional ability of addressing contentious societal issues in a witty and inventive manner. Treading the line of the saucy and the abject, she explores the issues of power, status, gender and war.

“She is the greatest artist I know”

Premiered at the 2013 Venice Biennale, Perceval is a priapic five-ton painted bronze sculpture. It is one of a series of shire horse sculptures that sold out in an edition of five at the 2013 Venice Biennale. Hirst owns one of the Percevals. A fellow Goldsmiths graduate and YBA, he is also Lucas’s biggest collector. “I love her work”, he told The Telegraph. “She makes art and I envy that – she does it so seemingly effortlessly...She’s the greatest artist I know.”