Royal Museums Greenwich (RMG) with the help of Art Fund has announced a new major acquisition by American artist Kehinde Wiley. The acquisition, Ship of Fools (2017) is the first work by Kehinde Wiley to enter a public collection in the United Kingdom. 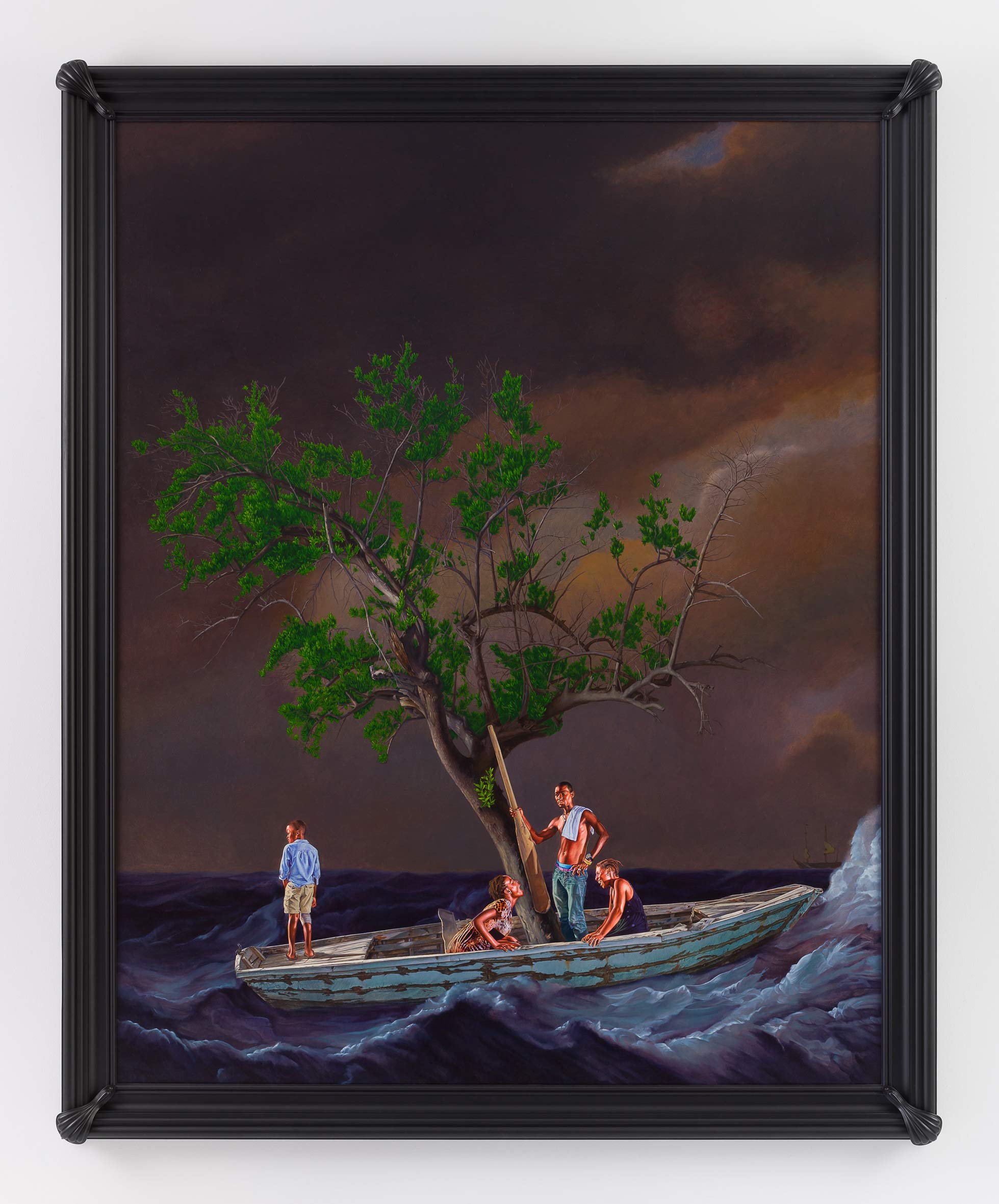 Kehinde Wiley is known for his majestic large-scale portraits featuring subjects of African descent and inspired by the works of old European masters. His paintings explore themes of race, identity and power that challenge the absence of people of colour from traditionally celebrated art histories. A popular figure in the contemporary art world, Wiley’s works have been acquired by several major American institutions, with his name most recently associated with the creation of the official portrait of former US President, Barack Obama, a commission that has secured his place as one of the most significant American artists working today.

Painted for inclusion in Wiley’s recent exhibition, In Search of the Miraculous, at the Steven Friedman Gallery in London, Ship of Fools was completed in 2017 as part of a new body of work by the artist. The series saw Wiley move away from the portraiture he is best known for and instead reflect on the genre of western marine painting between the 16th and 19th centuries that traditionally served to champion voyage, conquest and colonial maritime power. In the 2724mm x 2225mm oil on canvas painting, Wiley’s contemporary subjects are displaced, nameless sea-faring figures in search of a better life and represent the perilous journey thousands of migrants take today, in an age of increasingly closed borders.

Stephen Deuchar, director, Art Fund, said: ‘Art Fund is proud to be helping Royal Museums Greenwich acquire Kehinde Wiley’s Ship of Fools. To place this powerful painting confronting contemporary issues of migration and cultural identity in the midst of the historic collection and setting of the Queen’s House is a bold and energising step. It is the very first work to be acquired for a UK collection by this important, internationally acclaimed artist, and may now be seen and enjoyed by visitors from across the country.’

Ship of Fools can be seen on display in the King’s Presence Chamber of the Queen’s House in Greenwich from 27 April 2018.