Martin Coomer reviews an exhibition on the macabre rituals surrounding death in the Roman period. 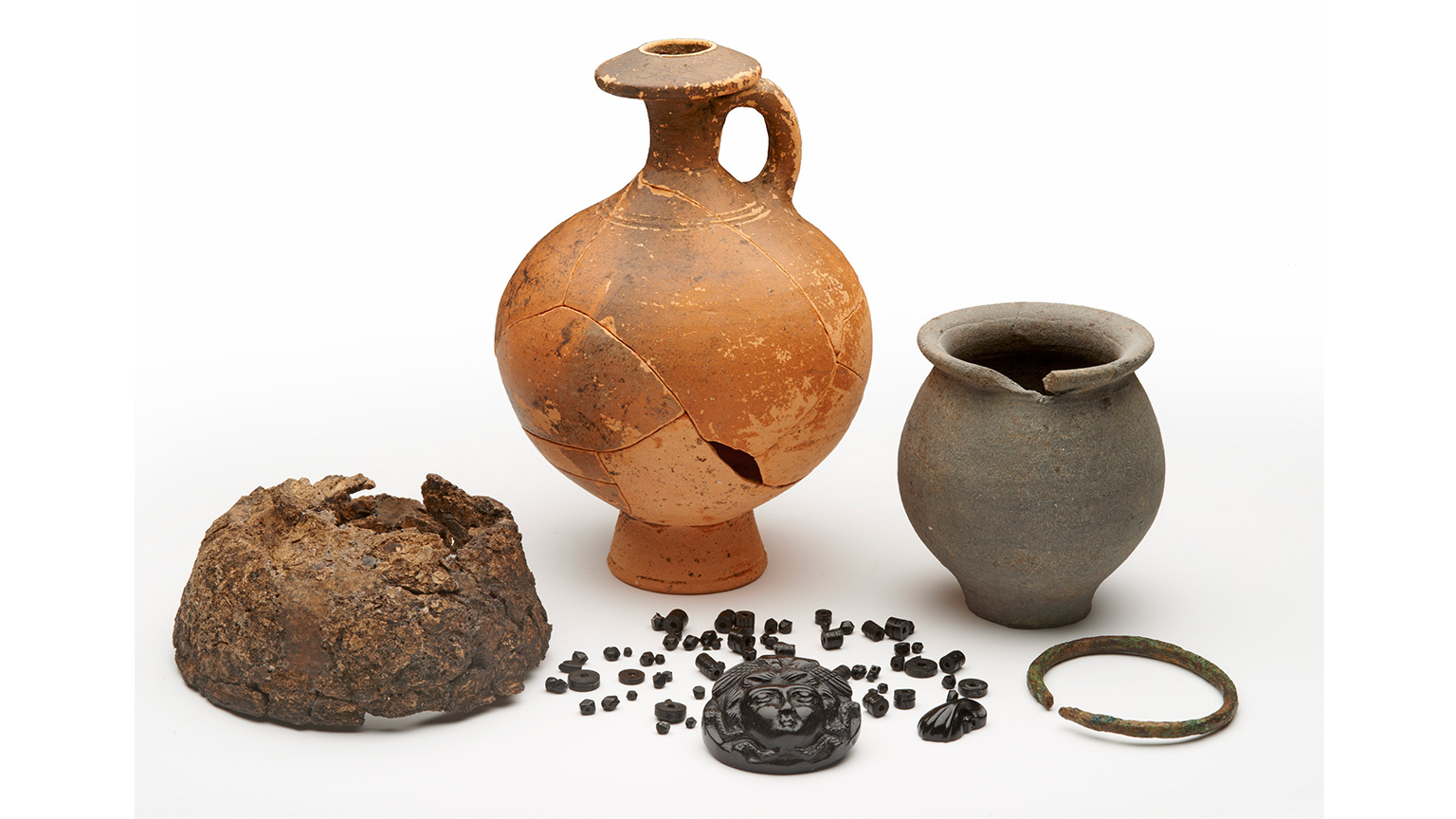 Grave goods from a Roman inhumation burial, © Museum of London

The archaeologist’s dream must be the developer’s nightmare. You’re about to start the diggers when a significant find means that progress is halted and fine-tooth combs are called for. That is the case with Harper Road in south London where, in 2017, an initial discovery of part of a Roman road led to the painstaking excavation of the site and the eventual unearthing of a 1,600-year-old sarcophagus. The stone coffin, along with its occupant, is on public display for the first time in this captivating exhibition.

It forms the centrepiece of a show of Roman London discoveries which, in revealing a great deal about the sometimes macabre rites and rituals of death, tells us just as much about life – about wealth, health, belief, superstition, trade and empire. Tension builds as you alight on such treasures as an intact millefiori glass dish, found amongst the grave goods of an especially high-rolling Roman Londoner.

The sarcophagus is less grand. Most likely robbed in the 1600s, it contains only a fragment of gold, while its inhabitant, a woman of around 35 years, is, as of yet, one of the less studied examples on display. It matters not, because the exhibition breathes life into so many of the other ancient bones: the poor chap with a bad back and arthritis of the hands, found beneath Holborn Viaduct; the woman, possibly a merchant’s or soldier’s wife, found in Lant Street, Southwark, whose skull reveals that she is of African descent. As one of the archaeologists in the accompanying film says, ‘Everyone’s got a story.’ Roman Dead is exemplary storytelling.

Roman Dead is free to all, until 28 October, Museum of London Docklands.