Q&A: Salisbury Cathedral from the Meadows in Cardiff

We talk to Anne Pritchard, Curator of Historic Art at National Museum Wales, about the significance of Salisbury Cathedral from the Meadows by John Constable, which is now on display as part of a UK-wide tour, partly supported by the Art Fund. 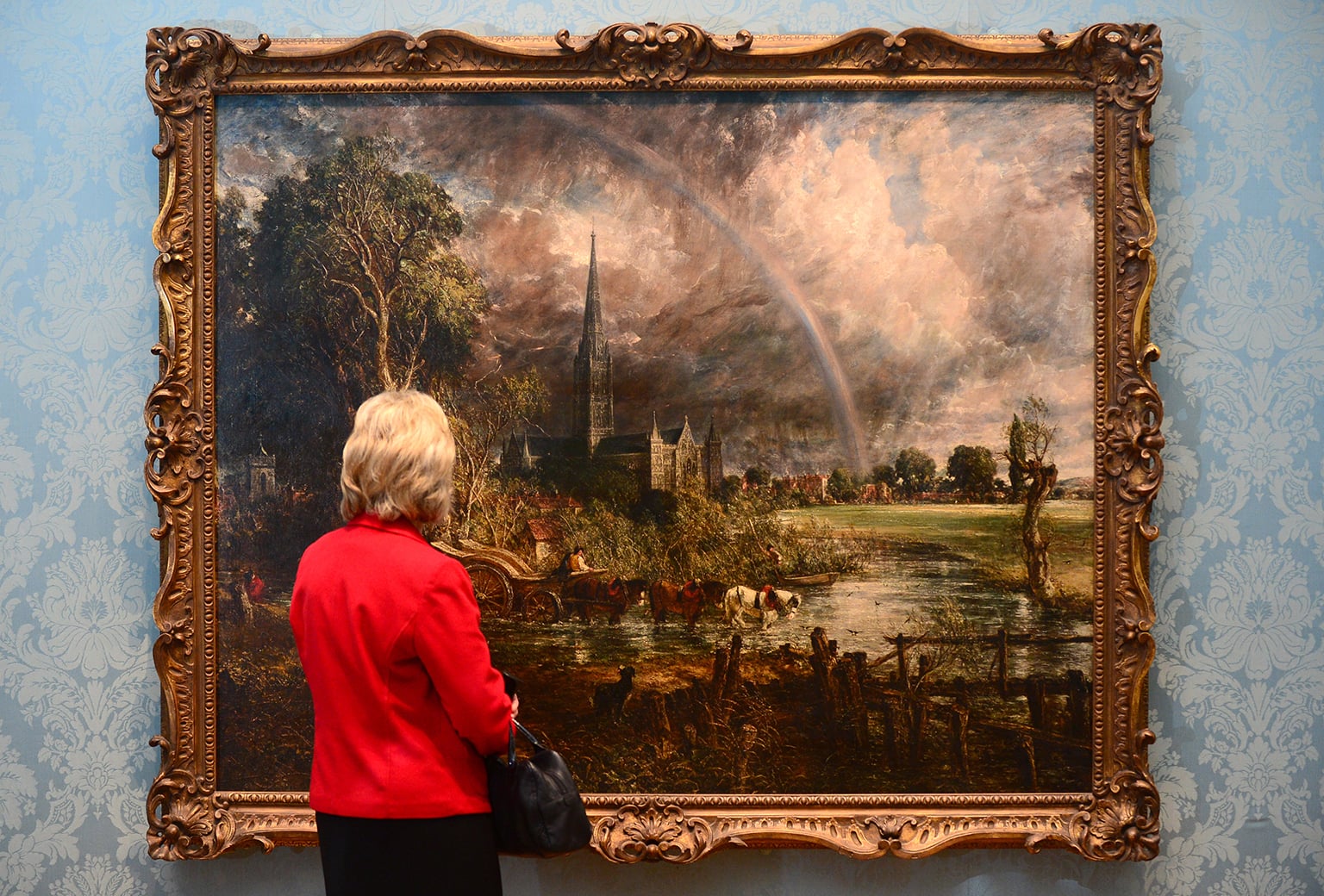 What makes Salisbury Cathedral from the Meadows such an important painting?

John Constable is one of Britain’s most influential and celebrated landscape painters. He is a household name; if someone knows no other artists, they will probably have heard of him. To have a chance to exhibit the work that he considered to be his finest achievement is a really exciting opportunity.

Why was it such a major piece for him?

It is an incredibly complex work emotionally. His wife had recently died, leaving him with seven young children, and inconsolable with grief. His friend John Fisher, the archdeacon of Salisbury cathedral, invited him to visit and he began painting as part of the bereavement process. In a way this painting is Constable bearing his soul and working through his emotions.

There are other anxieties apparent as well. It was a time of political turmoil for Britain regarding the future of the Anglican Church and Constable was very passionate about the subject. All of these conflicting emotions culminate in the brooding sky, lighting, and the spire striking through the gloom. Overall it is a positive painting, though, with the rainbow and sunlight breaking through the clouds – they are symbols of hope.

The National Museum Cardiff is the first stop on a five-year national tour for the painting. What is its particular significance in this setting?

Constable is so important in telling the story of European landscape art as a whole, not just Britain. He influenced artists throughout his own career and has continued to do so right up to the present day. Many of them are represented in our collection, from Vincent Van Gogh’s Rain Auvers to Frank Auerbach’s Park Village East – Winter (ArtFunded in 2000). Presenting this key work in the gallery allows us to tell this wider story. We also have our own Constable, a small and interesting work called A Cottage in a Cornfield. Having this displayed next to the enormous six-foot canvas of Salisbury Cathedral creates quite an impact.

We also have a series of mezzotints on display that Constable produced with the engraver David Lucas. He was passionate about printing his work and reaching as many people as possible. These beautiful black and white images show how the painting was reproduced before the days of photography and television.

In terms of the tour, it is also interesting to see the painting in a range of different settings and perspectives. Conservation completed since the Tate Britain hanging has also meant that the vibrant colours are more powerful than ever, in our case enhanced by new lighting installed specially for the display.

The painting was acquired as part of the Aspire project, or the National Network for Constable Studies. How has Aspire aided you in teaching your audience about Constable's work?

Thanks to the initiative, we acquired funding to appoint a learning trainee, who has developed an exciting programme for families and schools. She developed a learning trail to be used throughout the museum, with Salisbury Cathedral as the central focus.

The project also fits into the wider museum programme. It is a big landscape year for us. We currently have a modern and contemporary exhibition called Wales: Visitation, followed by a show about the work of JD Innes beginning in April and a major exhibition marking the 300th anniversary of Richard Wilson this summer. Constable’s Salisbury Cathedral from the Meadows is a wonderful anchor for this exciting series – it ties everything together.

Salisbury Cathedral from the Meadows by John Constable is on display at National Museum Cardiff until 7 September. It was secured for the British public in 2013 thanks to major grants from the Heritage Lottery Fund, The Manton Foundation, the Art Fund (with a contribution from the Wolfson Foundation) and Tate Members.