Study for Princess Macha III, a bronze sculpture by Bandbridge-born artist FE McWilliam, has been bought for the FE McWilliam Gallery & Studio with support from the Art Fund. 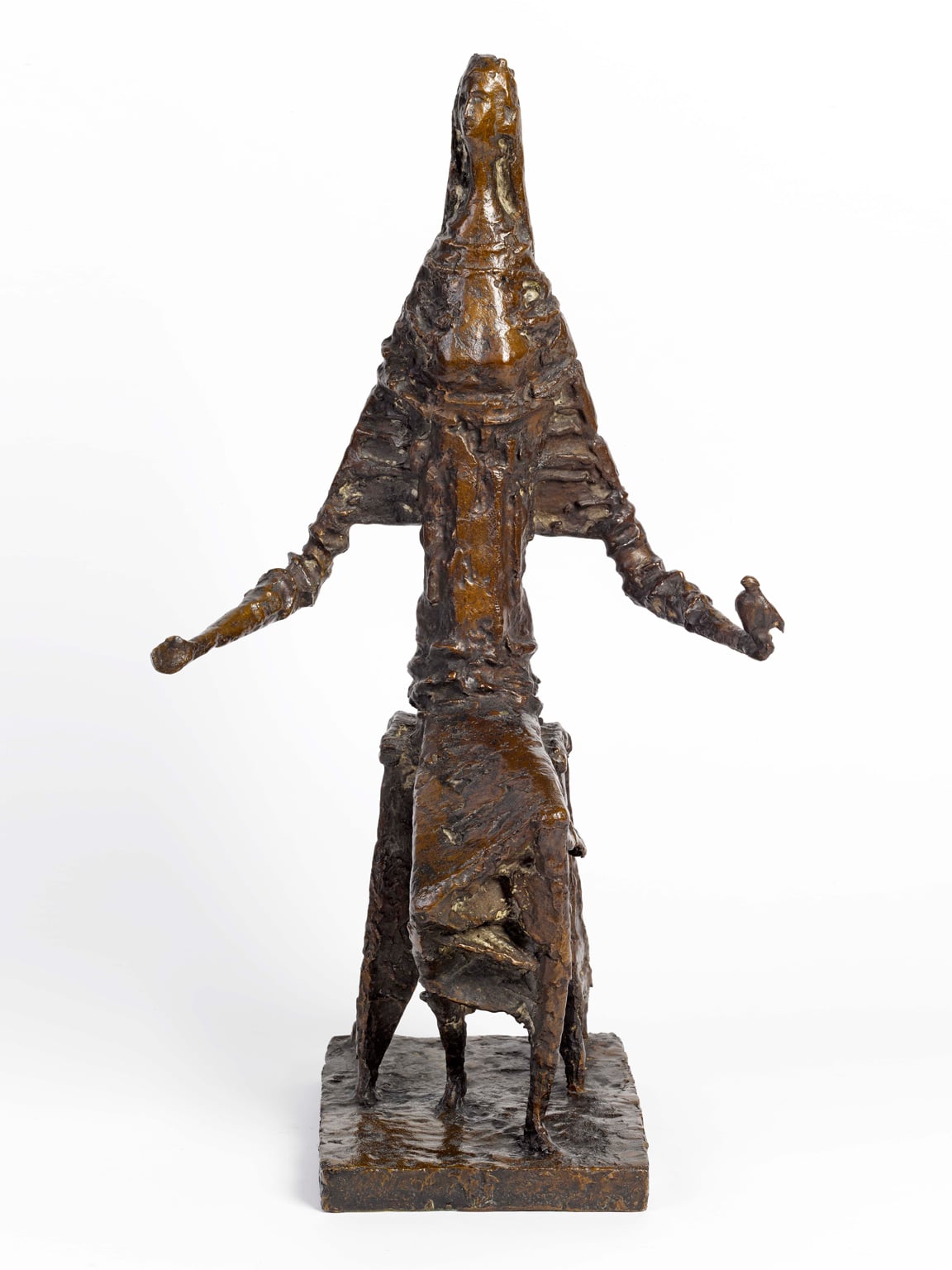 McWilliam was a friend and contemporary of Henry Moore who established a reputation as one of his generation's most important sculptors. He was born and grew up in Banbridge, Northern Ireland, before moving to London to study at the Slade School of Fine Art.

In 1957, the architect Eugene Rosenberg commissioned McWilliam to create a grand sculpture for Altnagelvin Hospital in Derry/Londonderry. Titled Princess Macha of the Golden Hair of the House of Ulster, the commission was one of the few works in which McWilliam engaged with an explicitly Irish subject matter, and showed the influence of Celtic metalwork in its rich surface texture.

The model shows McWilliam at the height of his artistic powers, and has particular significance for placing his work in an Irish context. The full-size work created from the model is well known and loved in the area, giving the study an added emotional resonance.

The study acquired for the McWilliam Gallery, the most accomplished of the three he created for the commission, was on loan to the gallery from its opening in September 2008 until 2011. It has now been bought with help from grants given by the Art Fund, the Northern Ireland Museums Council and the Friends of the FE McWilliam Gallery & Studio.