A Still Life of Flowers and Fruit arranged on a Stone Plinth in a Garden by Cornelis de Heem has been acquired by the National Trust with support from the Art Fund. 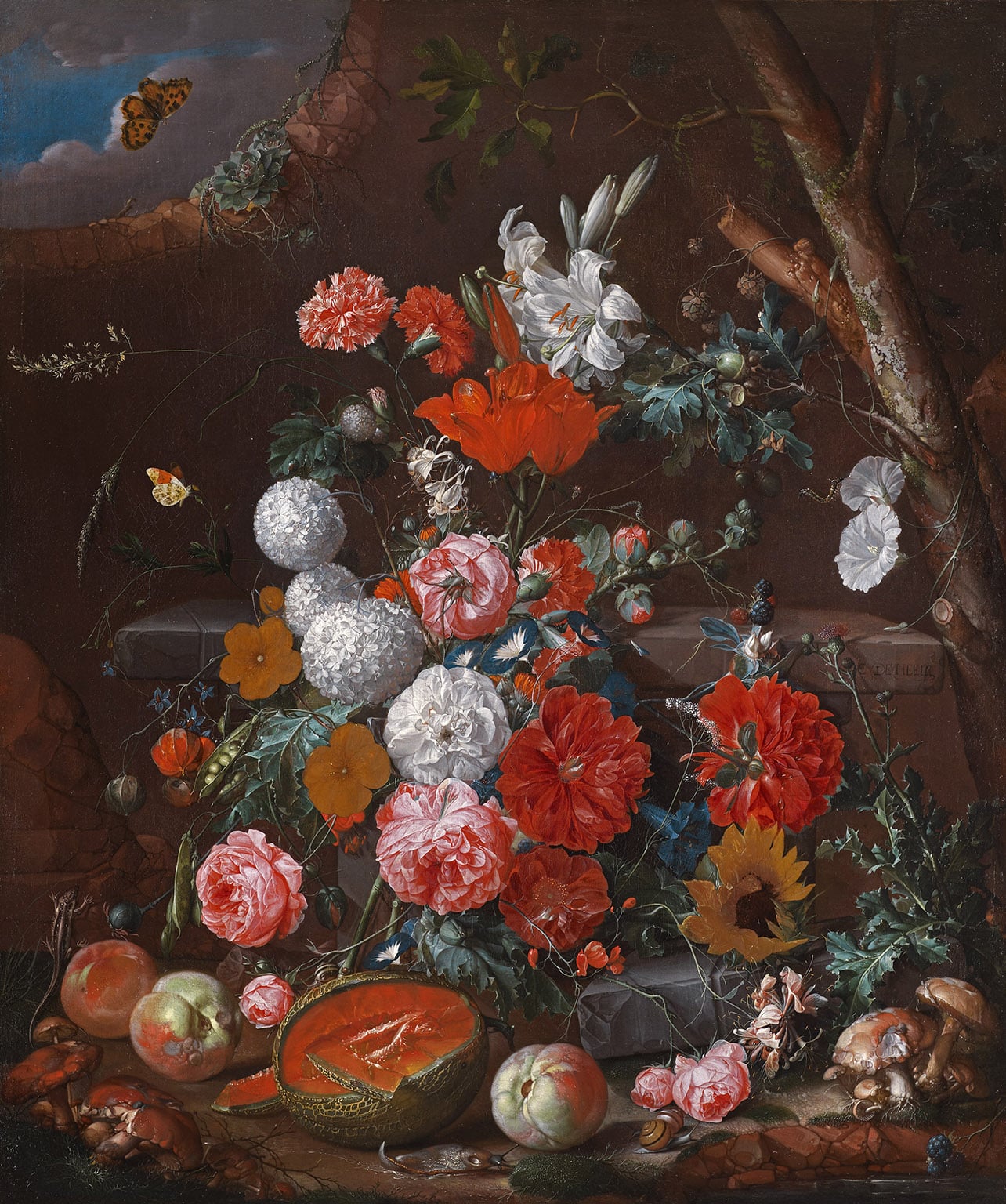 A Still Life of Flowers and Fruit arranged on a stone Plinth in a Garden, c. mid-1680s, © Cornelis de Heem. Courtesy of National Trust
Cornelis de Heem (1631 – 95) was the son and pupil of one of the greatest 17th-century still-life painters, Jan Davidszoon de Heem. Both in his choice of subject matter and in his style, Cornelis followed closely in his father’s footsteps.

A Still Life of Flowers and Fruit arranged on a Stone Plinth in a Garden is one of Cornelis de Heem’s best works. The subject matter conveys a notion of transience – hinting that all things will come to an end. Through this composition, with the presence of wild plants growing through the cultivated display and overripe fruit showing the first signs of mould and decay, the artist reflects on the vanity of man’s endeavour and points to our ephemeral existence.

Originally purchased by the civil servant William Blathwayt, the still life will be returning to its historical home built by Blathwayt, Dyrham Park. Stephen Deuchar, director of the Art Fund, said: 'We are pleased to help return this significant painting to Dyrham Park after an absence of nearly sixty years. The work is evidence of the taste and collecting activity of William Blathwayt, Dyrham's first hero, and will be much enjoyed by its visitors.'