The exhibitions you must see this October

You're spoilt for choice this month. From Mark Leckey to Otobong Nkanga, domestic interiors to journeys east, we round up October's most captivating exhibitions. 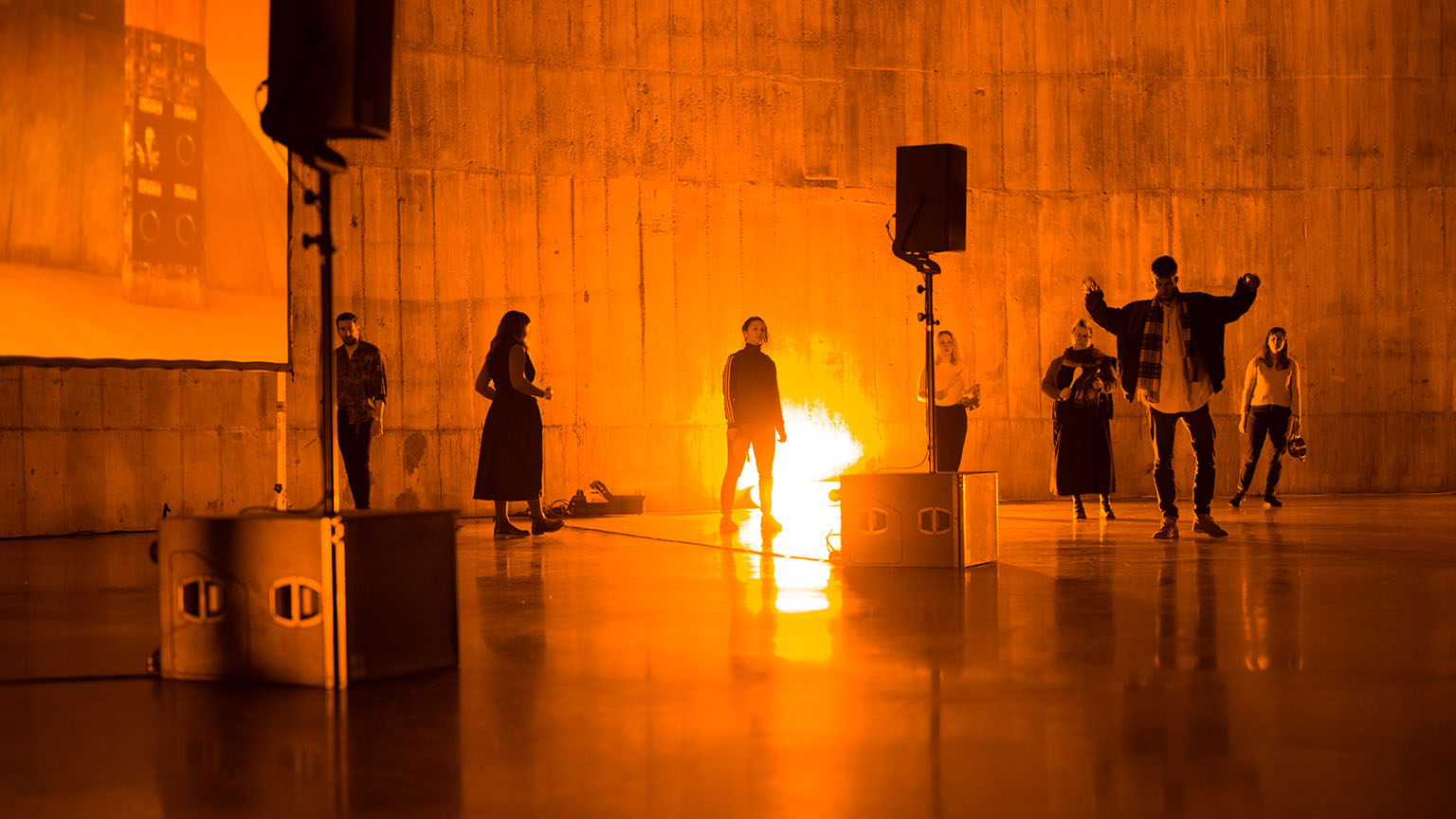 As the days grow cool and nights draw in, it’s a good time of year for reflection. This month, two exhibitions ponder 19th-century obsessions and our contemporary responses to them.

At the Laing Art Gallery in Newcastle, The Enchanted Interior scrutinises the popular depiction of beautiful women sequestered in gorgeous rooms, from the Pre-Raphaelites to the present day; while in London the British Museum examines western artists’ centuries-long fascination with eastern cultures.

Elsewhere, Museum of the Year finalist Nottingham Contemporary explores the lasting influence of the Bauhaus achool of art on British design, and several museums and galleries celebrate the genius of Rembrandt, marking 350 years since his death.

With Mark Leckey, Otobong Nkanga, Paul Gauguin and George Stubbs also in the mix, there’s plenty for you to mull over this month while warming your cockles.

Don’t forget – all our must-see exhibitions are free or 50% off with a Student Art Pass. You can also check out our guide to blockbuster exhibitions to see this autumn, and our full exhibition listings for more inspiration.

Venus in her underground lair, women in a harem, the Lady of Shalott – some of the most recognised paintings from the 19th century are depictions of women trapped, physically or psychologically, in gilded cages.This exhibition examines the unsettling implications of this popular theme and includes work by female Victorian artists who challenged the idealisation of women as captive or passive beauties. It also presents a wide range of contemporary painting, photography, film and sculpture exploring interiors as both sanctuary and prison. Artists on display include Emma Sandys, Evelyn De Morgan, Cornelia Parker, Martha Rosler and Fiona Tan, as well as Edward Burne-Jones and Dante Gabriel Rossetti.

This is the first UK museum show for multi award-winning Nigerian-born artist Otobong Nkanga, whose work explores the politics of land and its relationship to the body, and spans tapestry, drawing, photography, installation, video and performance. The exhibition presents well-known works alongside paintings and photography that have never been seen before, and new pieces created especially for Tate St Ives, including a wall painting and sculpture.

This fascinating exhibition examines Paul Gauguin's innovative approach to portraiture, from his early career through to his move from Impressionism to Symbolism in the last two decades of his life. From the range of personifications he created in his self-portraits to his different interpretations of the same sitter over time (brought together from different collections), the show reveals how Gauguin revolutionised the portrait as an art form.

Expect a theatrical experience including spectral sounds and visions in this exhibition by Turner Prize winning artist Mark Leckey. A life-size replica of a motorway bridge from the M53 near where Leckey grew up is the setting for an audio play combining folklore and the artist's own childhood memories. New video works are also featured alongside Fiorucci Made Me Hardcore (1990), which chronicles the late 20th-century British underground club scene, and Dream English Kid 1964-1999 AD (2015), which explores how we can relive personal memories through online material.

5. Inspired by the East: How the Islamic World Influenced Western Art

The art movement of 'Orientalism' in Europe and North America reached its peak in the 19th century, but western artists have been influenced by eastern arts and cultures since the 1500s. Through paintings, ceramics, photography, glass, jewellery, manuscripts and clothing, this exhibition explores these complex interactions and examines how the imagery of Orientalism and the term itself have resonated since the tradition lost popularity in the 1940s. It concludes with a 21st-century perspective, featuring work by four contemporary Middle Eastern and North African female artists who respond to earlier European and North American artists.

The Bauhaus art school, which operated in Germany from 1919 to 1933, had a huge impact on British art and popular culture for most of the 20th century. Featuring work by around 30 artists, designers and musicians, this exhibition follows its expanding influence – from Bauhaus alumni who came to the UK and worked on everything from sci-fi special effects to shop window displays, to the Bauhaus-influenced 'Basic Design' training that was adopted by British art schools in the 1960s, to the development of art-school bands, DIY publishing and club nights in the 70s and 80s.

7. George Stubbs: ‘all done from Nature’

He's been compared to Leonardo da Vinci for his precise, scientific observations: George Stubbs is considered one of the most original artists of the 18th century. This exhibition is the largest survey of his work in the UK for 30 years and brings together 80 paintings, drawings and publications. Works include Whistlejacket, on loan from the National Gallery; pieces that have never before been on public display; and anatomical drawings of animals ranging from hens to humans. Visitors can also see the skeleton of one of Stubbs' subjects, the legendary racehorse Eclipse.

Rembrandt van Rijn, The Denial of St Peter, 1660, © The Rijksmuseum

Dutch Master Rembrandt van Rijn is particularly celebrated for his mastery of light, and 350 years after his death Dulwich Picture Gallery is keen to showcase this aspect of his genius. Not only has the gallery brought together 35 of his iconic works, including major international loans, it has also collaborated with cinematographer Peter Suschitzky to create an immersive lighting design. Also celebrating Rembrandt's 350th anniversary are the Holburne Museum in Bath, focusing on his innovative prints; Kenwood House, showing off his greatest self-portrait in the exhibition Rembrandt #nofilter; and Tullie House in Carlisle, taking a closer look at the Master's groundbreaking etchings.