Frank Auerbach's cityscape is one of the highlights of the Out of Chaos; Ben Uri: 100 Years in London exhibition at Somerset House. 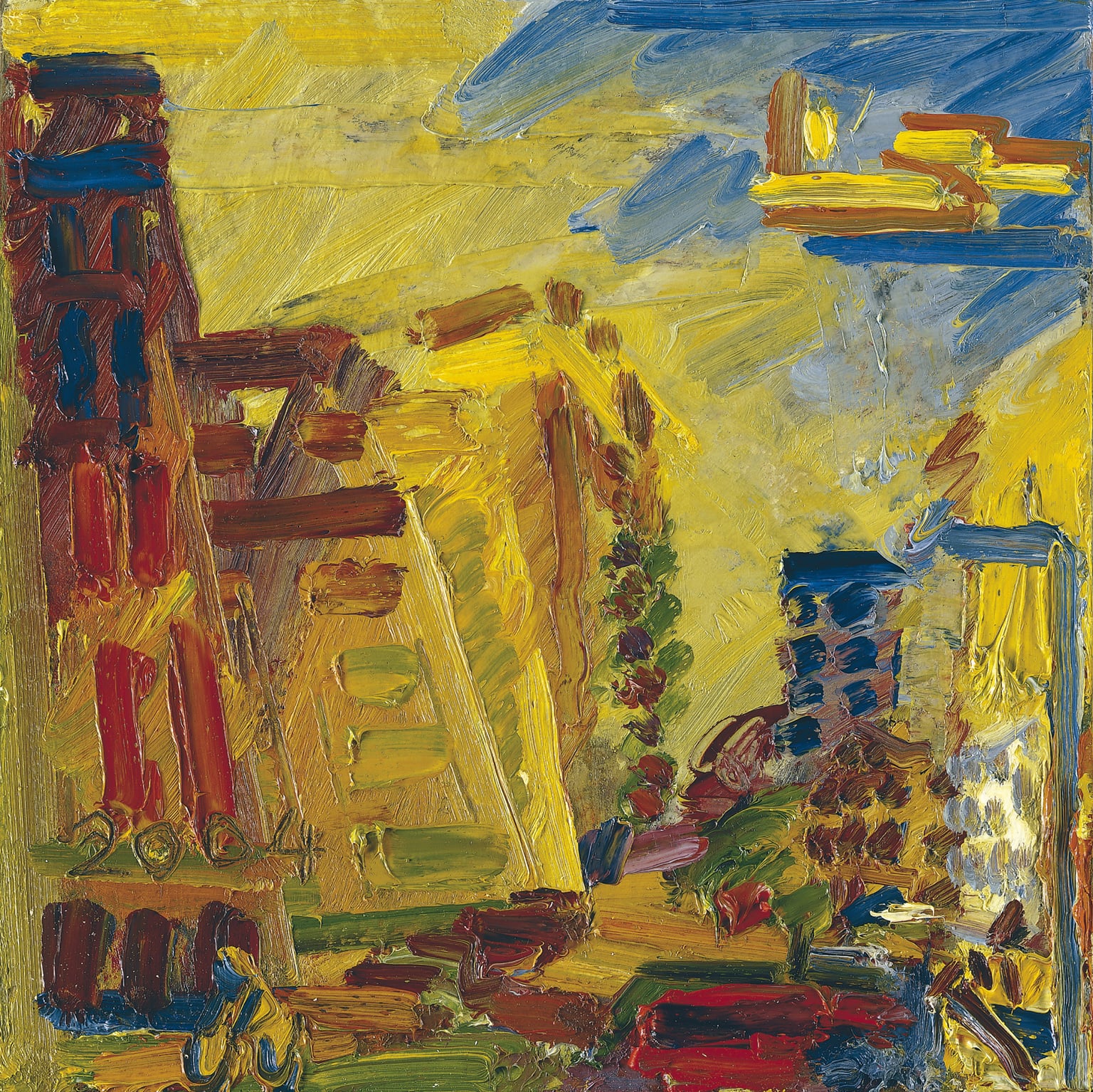 Mornington Crescent in London is a bustling, chaotic and ever-changing place, and it's home to Frank Auerbach, one of our greatest living artists. In 1954 he took a studio there – previously rented by his Royal College friend Leon Kossoff – and he has worked in the area ever since.

In Mornington Crescent, Summer Morning II, he depicts the street in a state of flux. His vibrant, energetic style is quick and physically intense; paint is layered with staccato brushstrokes, sweeping gestures and fantastic speed, capturing the movement and the energy of the area. Auerbach also uses a bright palette which is in contrast with his earlier paintings, known for their earthy colours.

His painting process is a physically arduous one. At the end, if Auerbach decides that he hasn’t achieved what he set out to do, the paint is scraped off and he starts again. He hardly sits down – his frantic painting is only interrupted by a sip of cold tea or the occasional brandy. It is as if the process is driven by Auerbach's fear of missing a fleeting experience and the urgent need to express it well.

In an interview with the Guardian, Auerbach remarked: ‘I hope I still have what Hemingway called the "shit detector", that I’m still severe enough with myself if something is not finished to destroy it and start again. Although I use much less paint now than when I couldn’t really afford it, 95% of it still ends up in the bin. I think I’m trying to find a new way to express something. So I rehearse all the other ways until I surprise myself with something I haven’t previously considered.’

Auerbach was sent to Britain from Germany by his parents in 1939 to escape Nazi persecution. He went to Bunce Court in Kent where he excelled in painting and acting. However, he would never see his parents again. Their highly censored letters stopped arriving in 1943 and he later learnt that they died in Auschwitz.

According to Catherine Lampert, Auerbach’s model of over 35 years: ‘It wasn’t that he intended to document something about post-war London or paint dark pictures, it was that he didn’t feel he could turn his back on that raw subject matter.’

Auerbach is known for his portraits and cityscapes of a very few select sitters and geographies. Following his work is to follow the evolution of the people and places around him, including his home, Mornington Crescent.

Mornington Crescent, Summer Morning II was bought by Ben Uri Gallery and Museum in 2006 with help from the Art Fund. It is part of Out of Chaos; Ben Uri: 100 Years in London exhibition at Somerset House in London until 18 December. Entry to the gallery and exhibition is free to all.

A retrospective of Frank Auerbach's work is on at Tate Britain until 13 March 2016. You can get 50% off the exhibition with a National Art Pass.