Portraits is the first film work by a Royal Academician to enter the Royal Academy Collection and the first portrait by Tacita Dean to be acquired by the National Portrait Gallery. 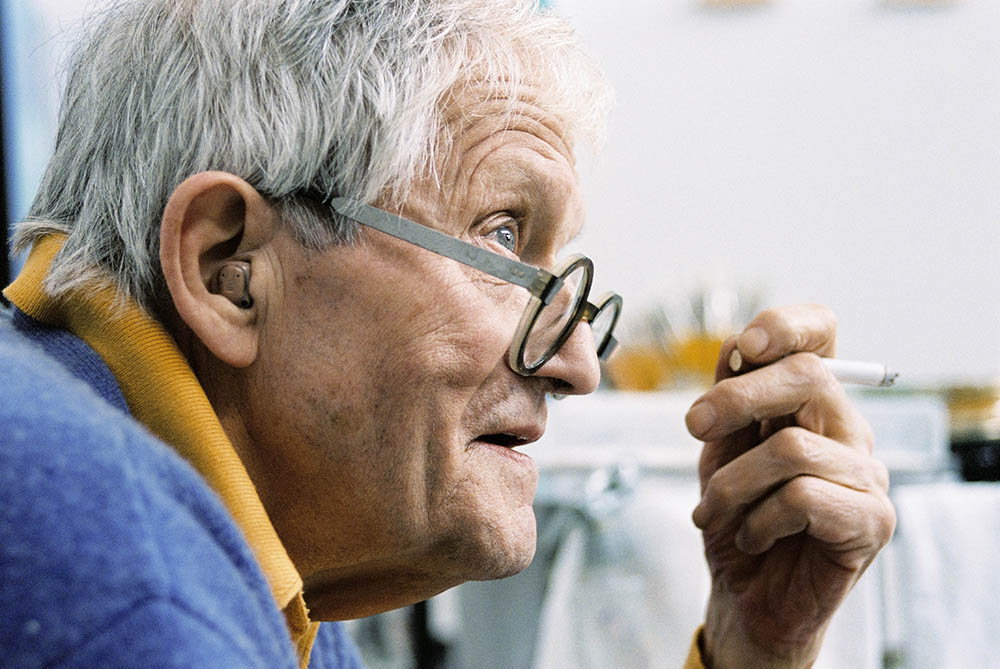 The joint acquisition comes ahead of the unprecedented collaboration between the National Portrait Gallery, the Royal Academy of Arts, and National Gallery, which will see all three galleries open distinct exhibitions with the artist Tacita Dean in 2018. The three exhibitions, Tacita Dean: Landscape, Portrait, Still Life, shaped by Dean’s response to the individual character of each institution, will explore genres traditionally associated with painting – landscape at the Royal Academy of Arts, portraiture at the National Portrait Gallery and still life at the National Gallery – seen through the contemporary prism of Dean’s wide-ranging artistic practice.

Portraits (2016) provides an intimate portrayal of David Hockney and the everyday behaviours that drive his creative inspiration. The sixteen-minute colour film observes Hockney smoking five cigarettes and thinking about painting in his Los Angeles studio, surrounded by a series of portrait paintings that featured in his 2016 exhibition at the Royal Academy; 82 Portraits and 1 Still-life. For Hockney, smoking is embedded in his artistic practice as he meditatively takes drag after drag before the camera. The work will be shown in Tacita Dean: Portrait at the National Portrait Gallery (15 March – 28 May 2018), alongside Dean’s other portrait films of influential figures such as Merce Cunningham, Claes Oldenburg, Julie Mehretu, Mario Merz, Michael Hamburger and Cy Twombly.

Following the exhibition it will be displayed in rotation with other collection works at the National Portrait Gallery and the Royal Academy, and will be available for loan to exhibitions elsewhere, including the Cartwright Hall Art Gallery in Hockney’s home town of Bradford where it is hoped it will be shown later this year. When displayed at the Royal Academy, it will be on view as part of the new, free displays of art and architecture from the RA’s Collections.

Stephen Deuchar, Director, Art Fund, says: ‘We’re really pleased to have helped make the acquisition of Portraits possible, alongside our wider programme of support for the 250th anniversary of the RA. It’s a mesmerising work of art.’