The portrait has been purchased for £67,500 with a contribution of £30,000 from Art Fund, and further support from White Cube and the artist. 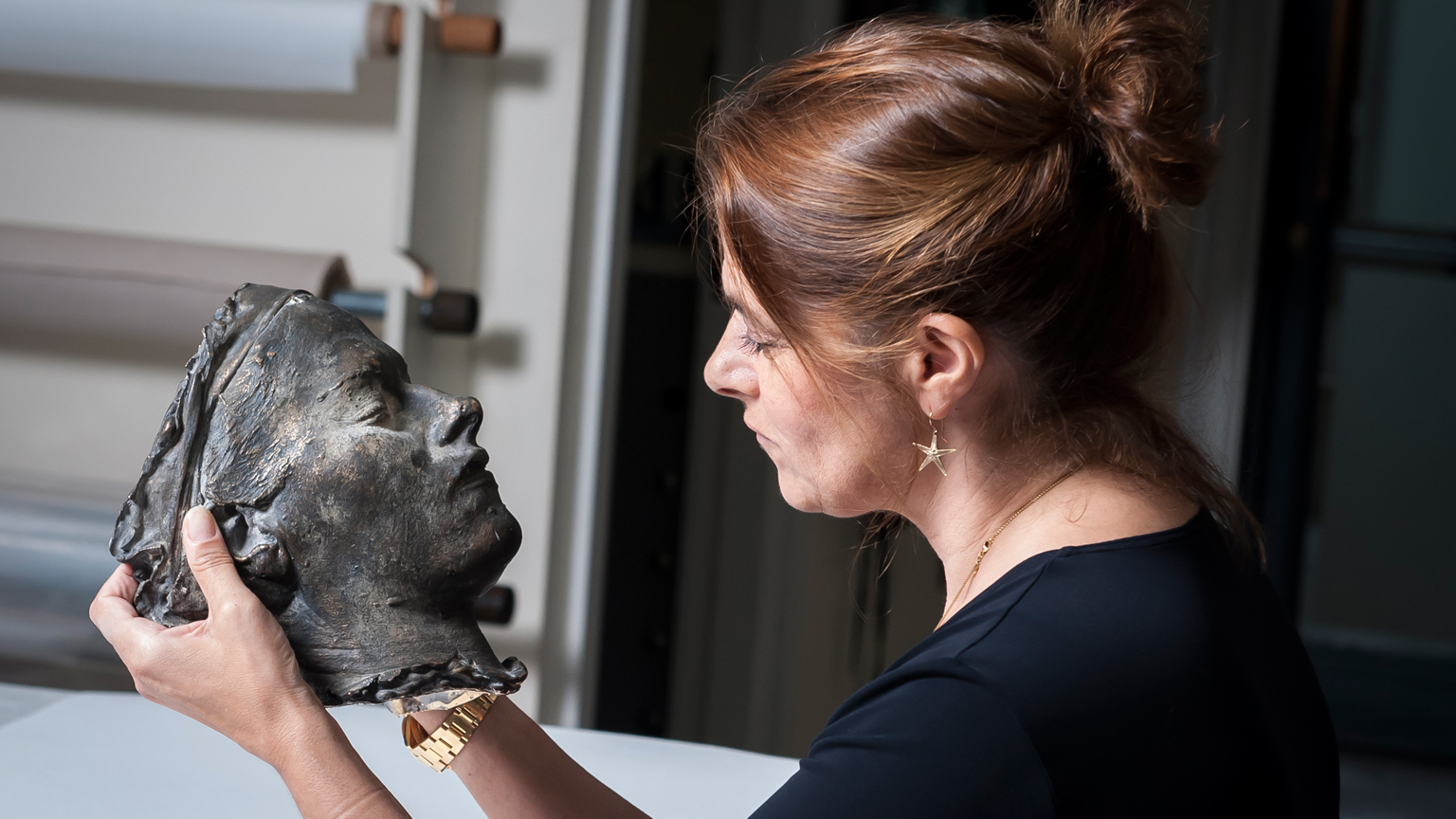 Death Mask was unveiled today at the National Portrait Gallery as a part of a new display Life, Death and Memory which looks at the complex and sometimes troubling relationship between the passing of time and mortality, and draws together historic and contemporary works from the Gallery’s Collection.

In an ironic reference to the autobiographical nature of her work, Tracey Emin cast her own ‘death mask’ during her lifetime, creating her first sculptural work in bronze in 2002.

At the heart of the artist’s preoccupation with self-disclosure and her constant engagement with, and exploration of, her own life and body, Emin says that in this work she offers herself in perpetuity as an enclosed specimen or museum display, literally transforming herself into an object for the scrutiny of generations to come. The portrait joins one other work by the artist in the Gallery’s Collection, Tracey Emin ('The Last Thing I said to you is don't leave me here. 1'), a photographic print from 2000.

Stephen Deuchar, Art Fund director, says: This is an excellent and imaginative acquisition for the National Portrait Gallery – a highly distinctive form of self-portraiture by an artist whose important work in steeped in autobiography. It offers many possibilities for interpretation and display, and will be admired by a very wide public at the NPG.”