Museum of the Year 2013 Finalists announced

Ten museums and galleries have been chosen by the judges to compete for the £100,000 Art Fund Prize for Museum of the Year and the £10,000 Clore Award for Learning. 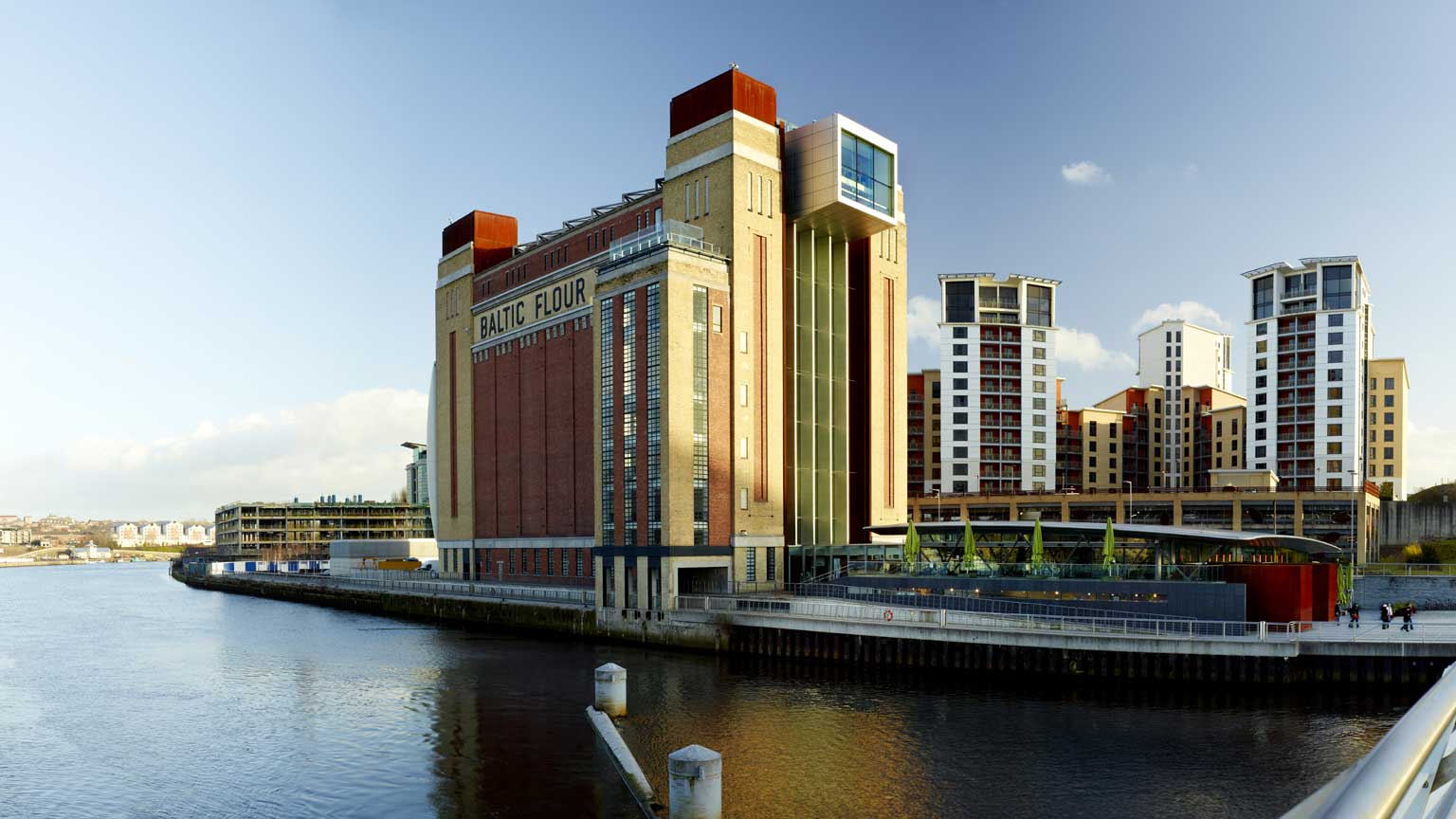 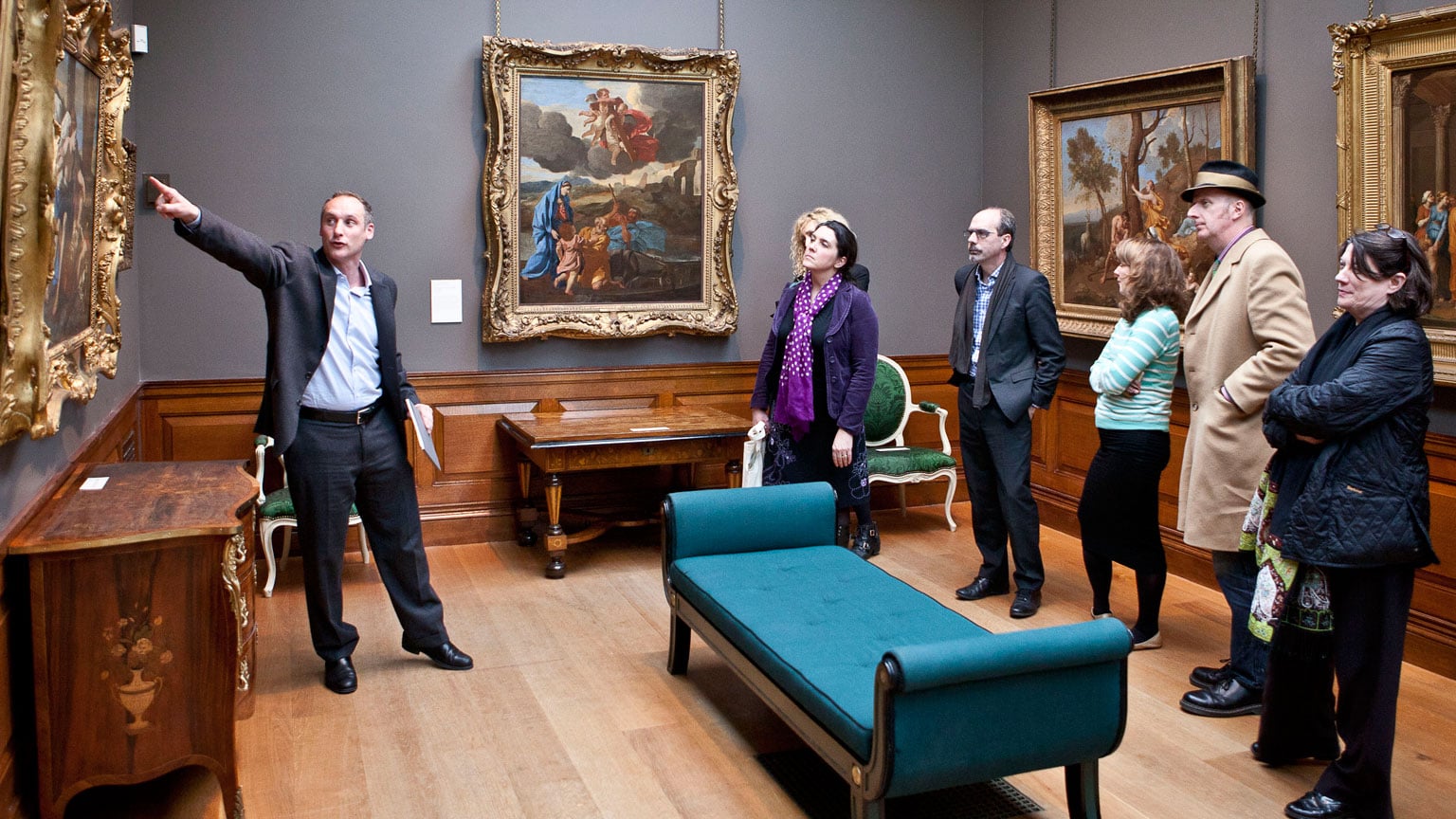 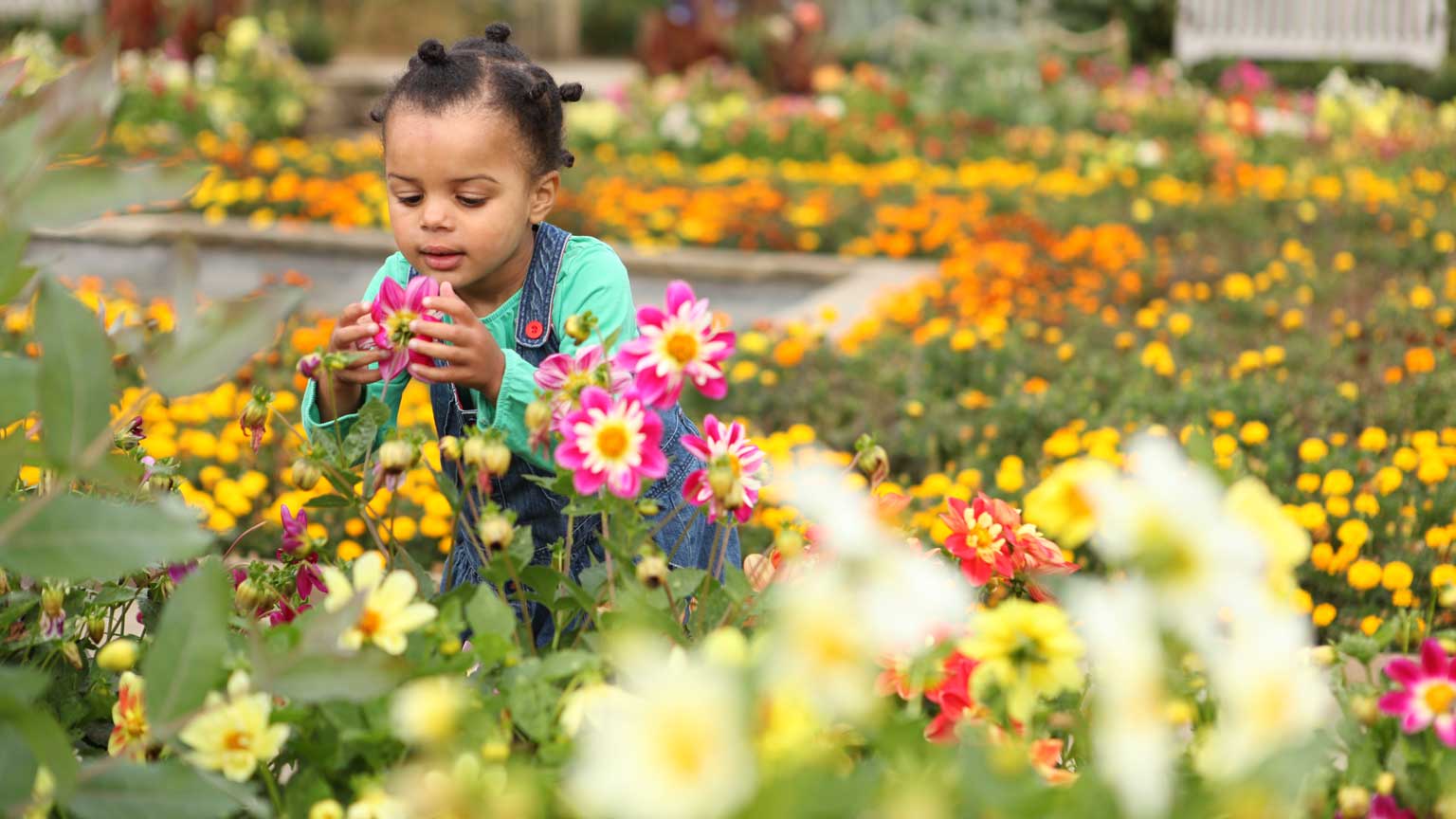 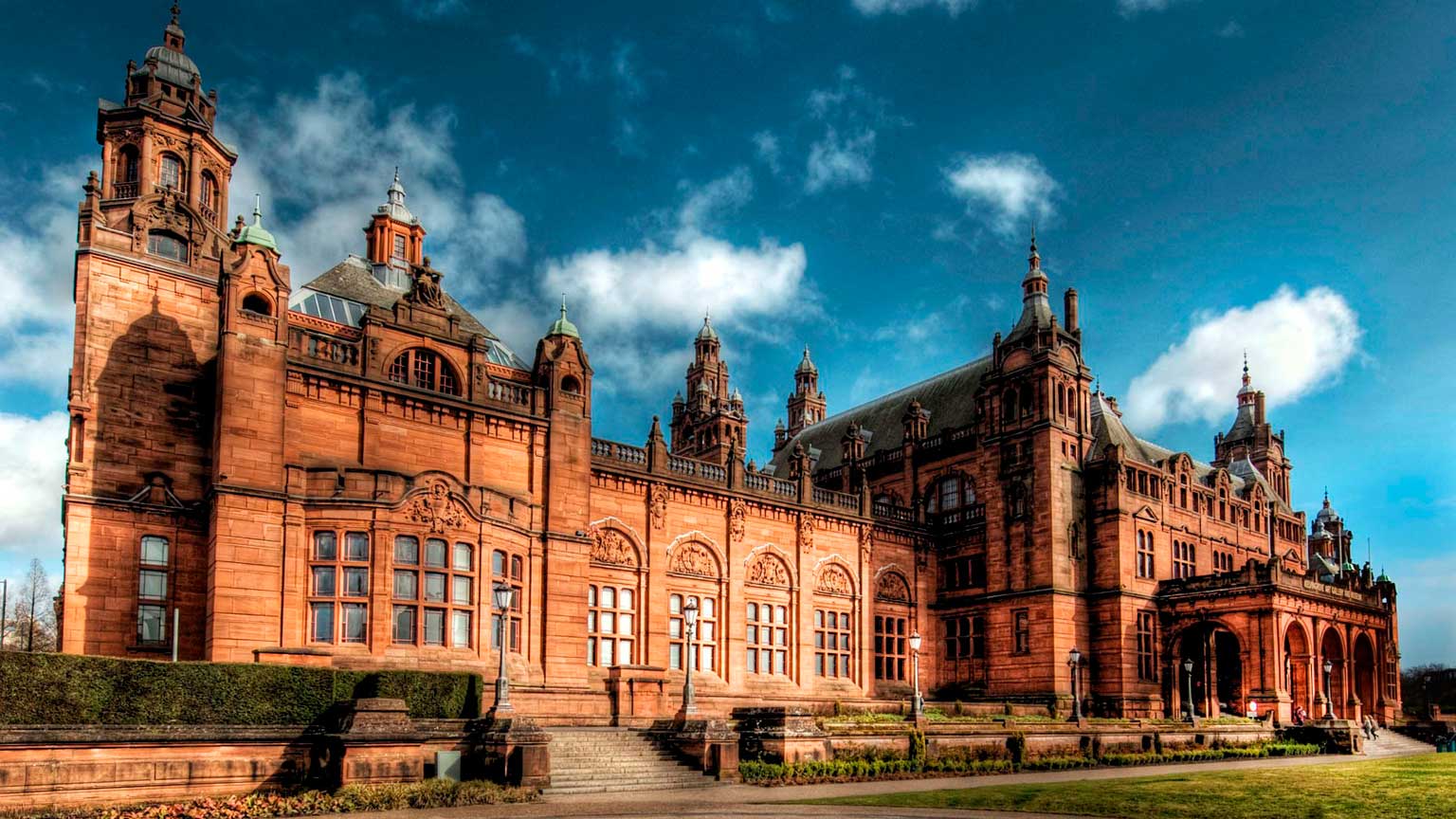 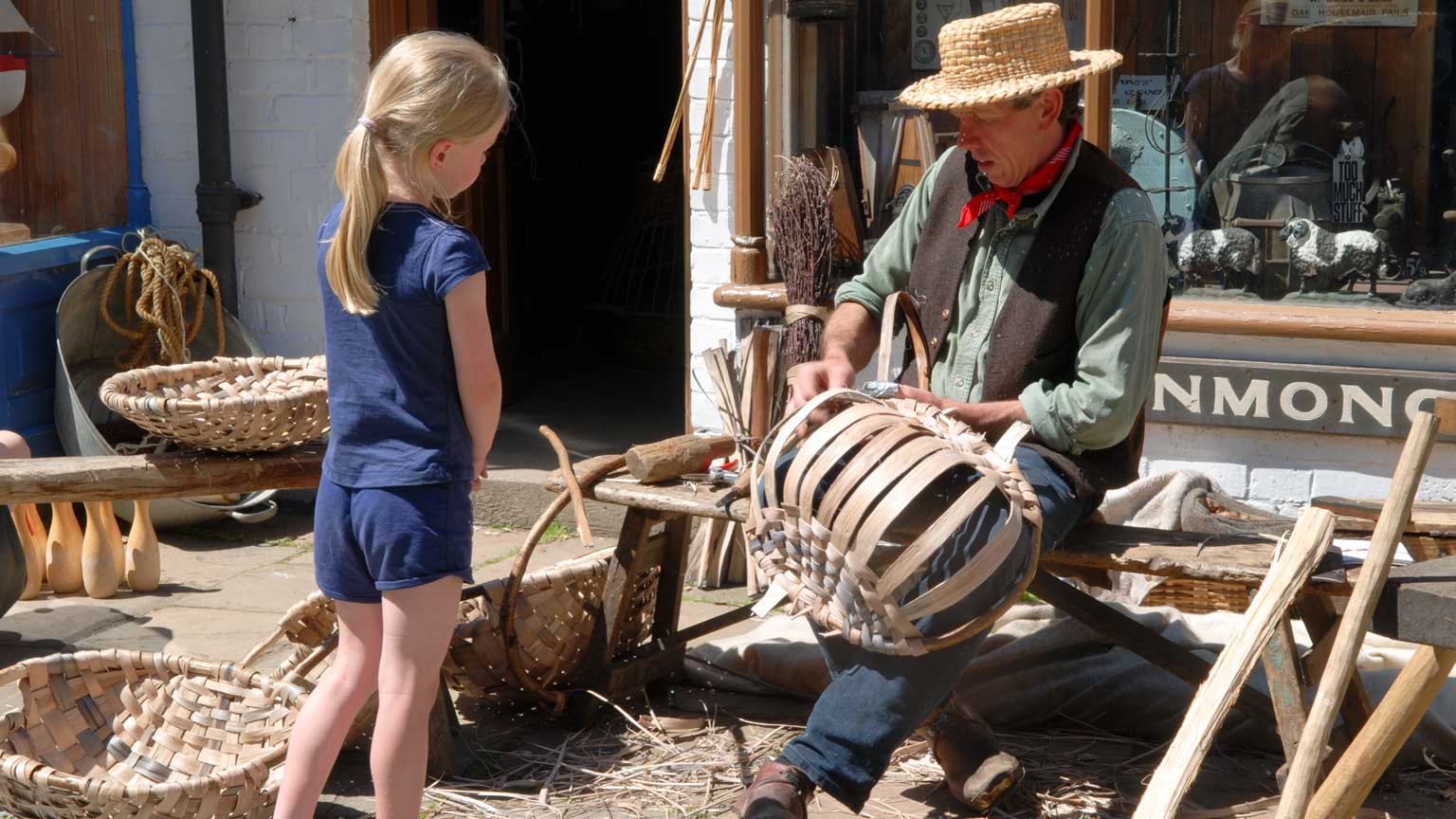 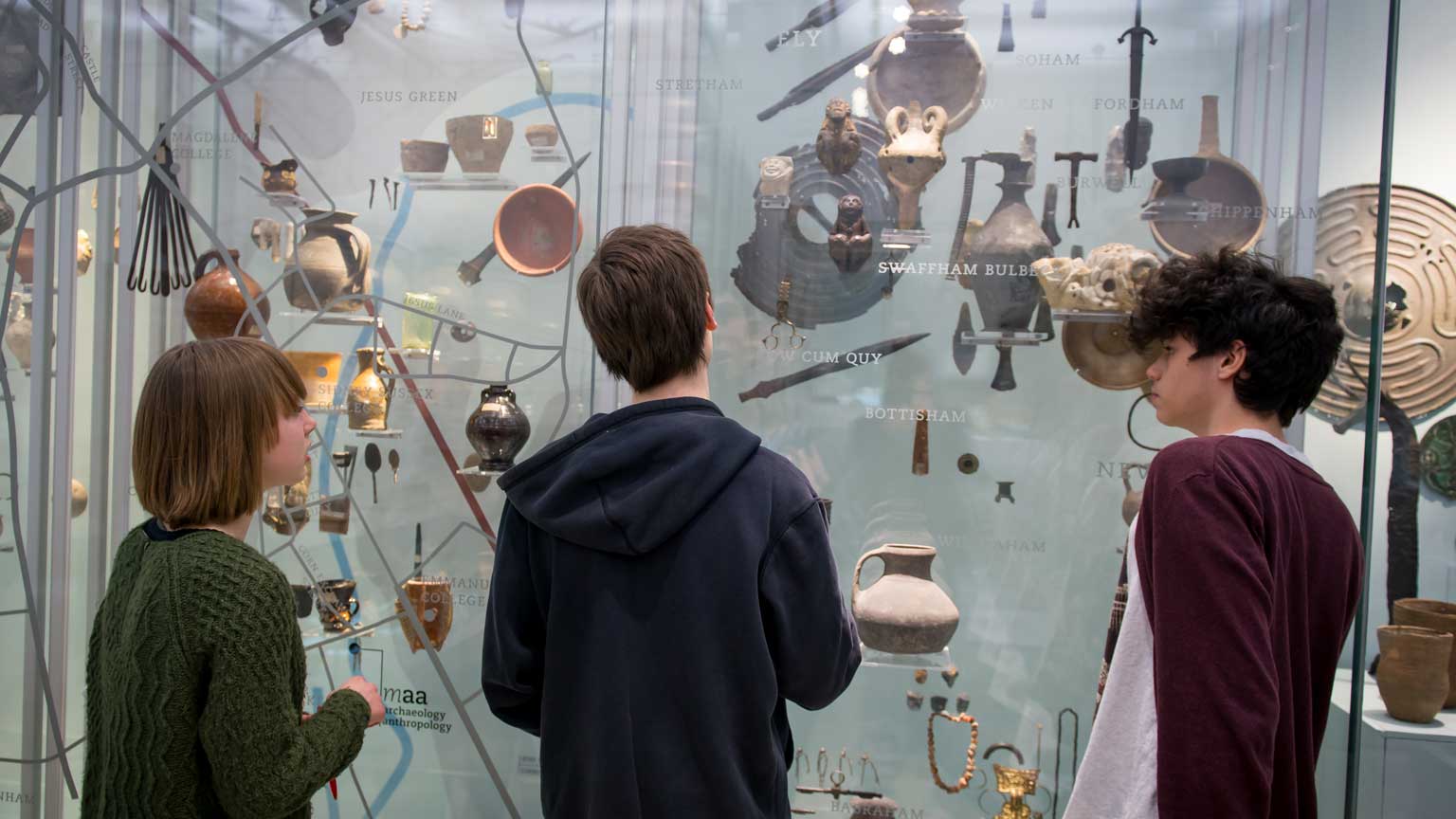 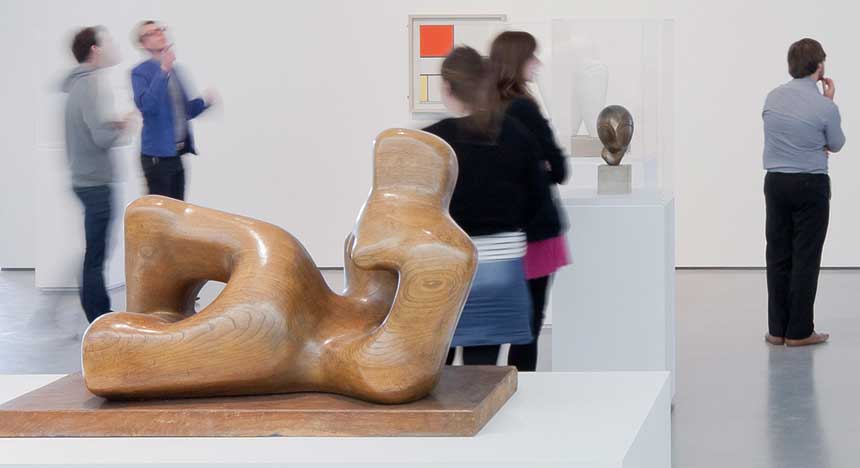 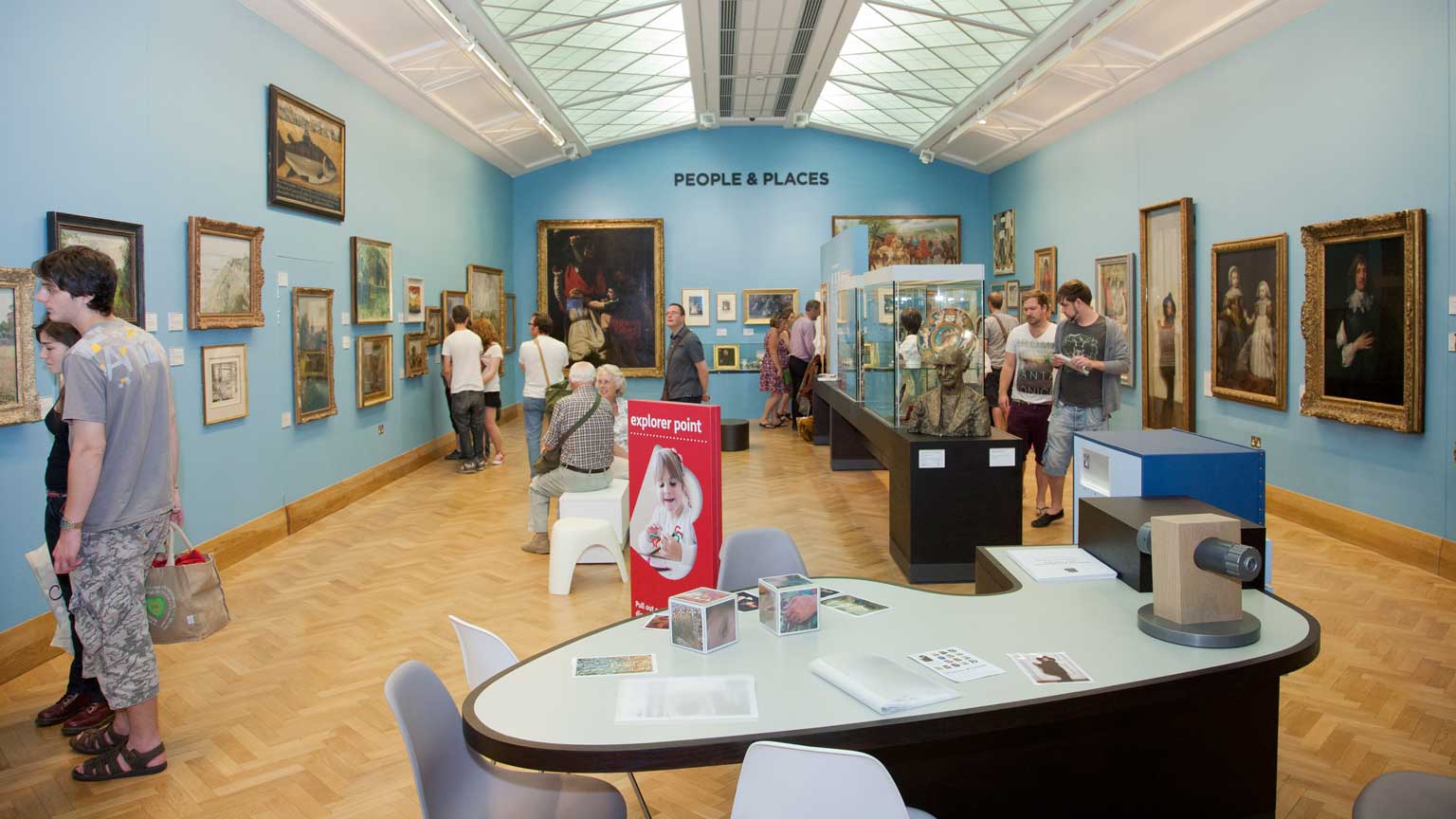 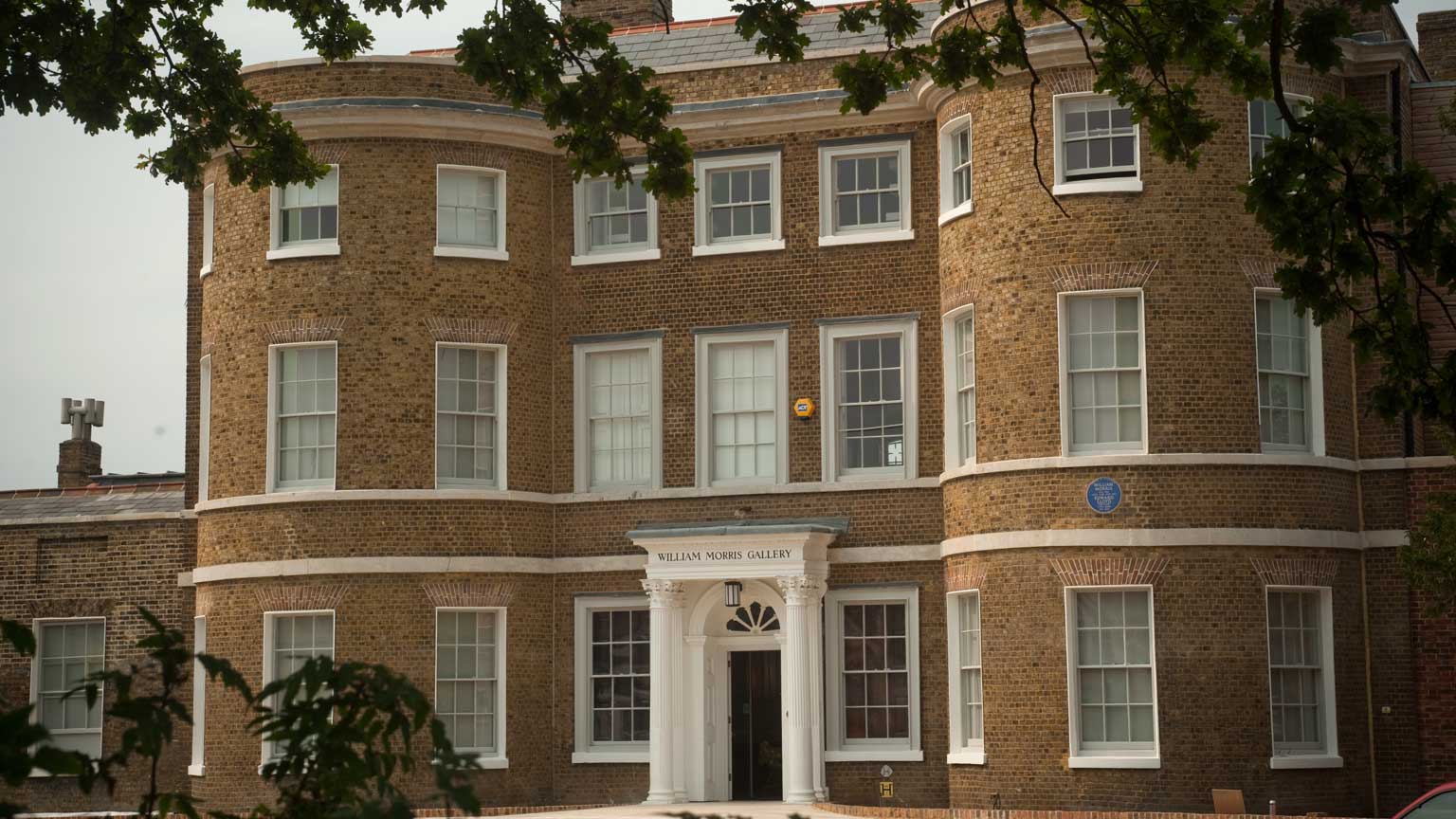 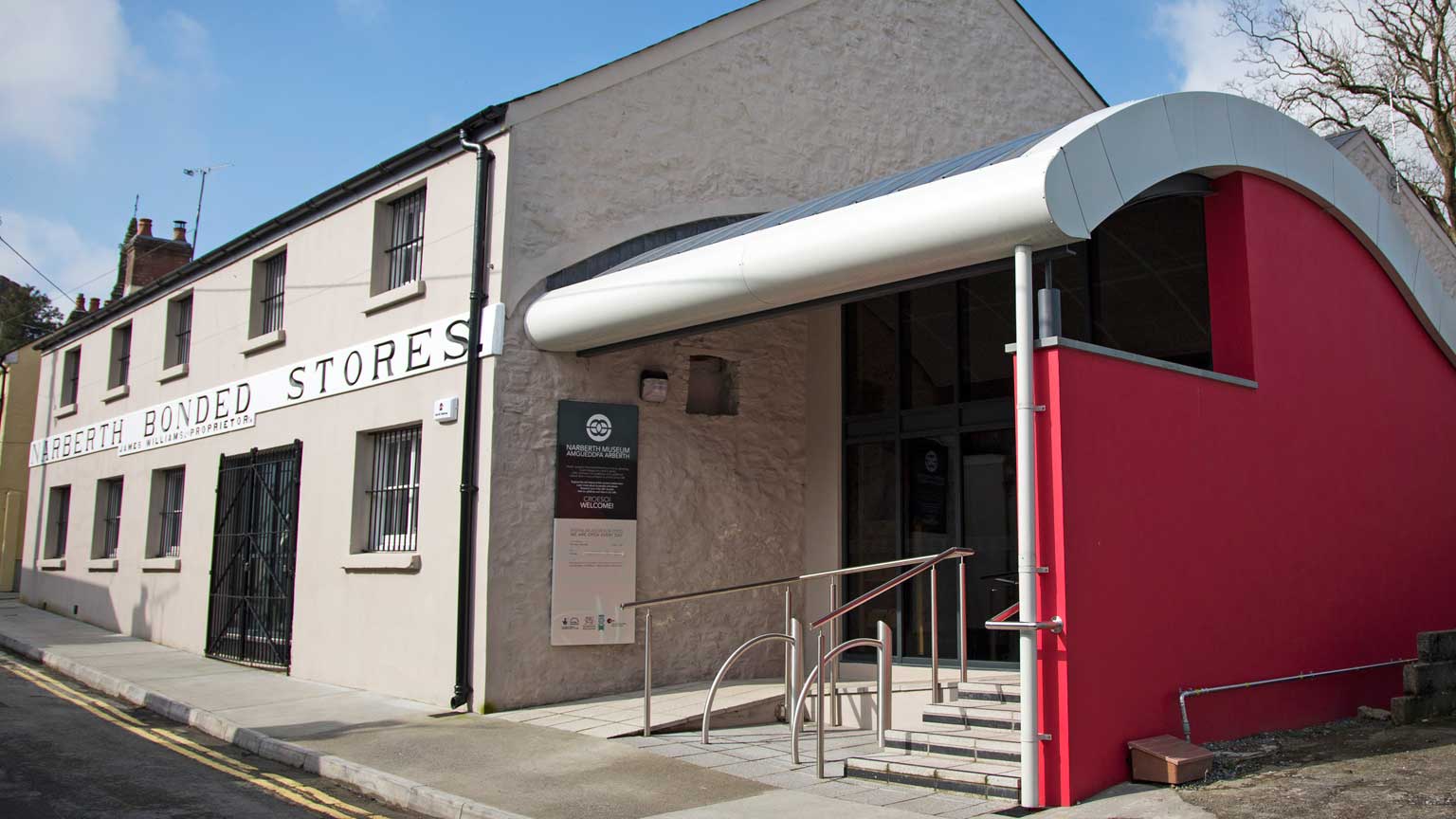 Celebrating the very best UK museums and galleries, the Prize highlights the innovative and creative ways that museums bring objects and collections to life, looking specifically at activity undertaken in 2012.

As well as the £100,000 prize for Museum of the Year, one of the ten finalist museums will receive £10,000 for the Clore Award for Learning, which recognises achievements in learning programmes for children and young people. Both winners will be drawn from the ten finalists.

From Pembrokeshire to Wakefield, the impressive finalist museums have enthralled millions of visitors with fascinating objects: a Viking iron board, a homemade orchestron, a live beehive, an Egyptian mummified cat and even a beloved walrus are just some of the intriguing items that have inspired. From now until the end of May our five judges will travel the UK to see the ten museums, revealing the winners on 4 June.

Housed in a landmark industrial building on the south bank of the River Tyne in Gateshead, BALTIC is a major international centre for contemporary art. BALTIC has no permanent collection, providing instead an ever-changing calendar of exhibitions and events that give a unique and compelling insight into contemporary artistic practice. In 2012 it opened BALTIC 39, a vibrant cultural hub which is home to an exciting partnership between BALTIC and Northumbria University, studios for practising artists, a new experimental project space programmed by BALTIC and a series of events and festivals programmed and developed by its residents.

The Beaney is Canterbury’s new masterpiece and a treasure chest of collections, exhibitions, stories, ideas, creativity and learning. Last year was an exceptional year with the museum opening in September following a £14 million transformation project to bring under one roof an Art Museum, Library and Visitor Information Centre. The original 1899 building was restored and a light-filled extension added to double the space. Located in the heart of Canterbury, this cultural destination has already welcomed 300,000 visitors.

England’s first purpose-built public art gallery, celebrated its bicentenary in 2011. This cultural landmark entered its third century in 2012 with a re-focussed sense of its founders’ desires to display art for the ‘inspection of the public’ striving to reach out to new audiences beyond those considered typical of an Old Masters gallery. In 2011-2012 the Gallery enjoyed its second-highest visitor figures ever –welcoming 149, 000 visitors. The Gallery's exhibition programme specialises in 'firsts': the first exhibitions in this country on Gerrit Dou, Adam Elsheimer, the De Bray family of artists, Norman Rockwell, Saul Steinberg, Tom Thomson and the Group of Seven were enjoyed by audiences at Dulwich.

This family-friendly attraction in south London’s Forest Hill, comprises of internationally important collections of anthropology and musical instruments, as well as an acclaimed aquarium, natural history gallery and 16.5 acres of beautiful gardens. The museum’s three-year unification project reached its completion in 2012 and created both physical and intellectual connections between the Museum and Gardens as well as placing its collections at the very heart of its public engagement. This project, along with the Body Adorned exhibition, dominated its programme in 2012 and both have had a transformative effect on the Horniman – improving the public offer and developing a new, collaborative approach to working and an incredible platform from which to build for the future.

One of Glasgow’s world-class civic museums, Kelvingrove is home to internationally renowned collections and exhibitions. Since reopening after a £35 million refurbishment in 2006, the museum has welcomed more than 10 million visitors, exploring 22 themed galleries, displaying 8,000 objects of national and international significance. In 2012, Kelvingrove hosted a range of diverse temporary exhibitions and events, aimed at engaging both current and new museum audiences. Exhibitions included a major retrospective on what has been described as the UK’s finest civic collection of Italian art and an exhibition on one of the world’s biggest rock acts, AC/DC. Other events ranged from a Victorian-themed weekend to the global launch of Glasgow’s 2018 Youth Olympic Games Bid.

This fascinating museum holds world-class collections of art, artefacts and archaeological discoveries from around the world. For too long a hidden gem, it now makes its outstanding collections accessible to the broadest possible audiences, in original and imaginative ways. A two-year redevelopment was completed in 2012, creating a new and impressive public entrance and a complete refurbishment of the ground floor. New galleries now offer wide-ranging temporary exhibitions and, for the first time, a display dedicated to the archaeology and history of Cambridge and its region. The 2012 programme included Unlimited Global Alchemy, an acclaimed contribution to the 2012 Paralympic programme, and introduced great contemporary works acquired with Art Fund support.

Celebrating the rich history, culture and community of the Welsh market town, Narberth Museum is a modern, dynamic centre within the walls of a recently renovated industrial warehouse. It is run mainly by an enthusiastic and dedicated team of volunteers who, when the museum was closed in 2003, endeavoured to raise funds and re-establish it following the sale of its original premises. Their tireless work has enabled the museum to emerge as a successful contemporary cultural hub in the local area where people can engage with their pasts.

A much-loved local feature in the cultural landscape for 60 years, the museum has served to reflect the history and heritage of its communities whilst also telling the important story of Stockton’s place in world history through its unique contribution to the arts, industry and transport. The major development programme leading to the re-launch of the venue in 2012 has anchored and strengthened its offer, providing a unique, site-specific platform from which to engage with visitors, communities and groups from across the spectrum. From the creation and delivery of an engaging life-long learning programme to the re-awakening of a rich and varied collection of over 100,000 museum objects, 2012 has provided the museum with a renewed sense of its own ability and of the opportunities this brings.

Walthamstow’s William Morris Gallery reopened in August 2012 following a major redevelopment with transformed Gallery spaces, fantastic new education facilities and an orangery-inspired extension overlooking the grounds. The new Gallery displays show Morris – the revolutionary Victorian designer and social activist – re-interpreted for the 21st century, engaging schools, the local community and a national audience like never before. A new temporary exhibition space allows collaborations with leading artists including Grayson Perry and photographer David Bailey, offering fresh perspectives on the collection. Since reopening, the Gallery has seen almost 100,000 visitors through the door, with record numbers participating in an ambitious programme of events and activities.