Meet the super sleuths of the artworld, sample some French fancies and make a date with Audrey – our pick of the most exciting after-hours events this season. 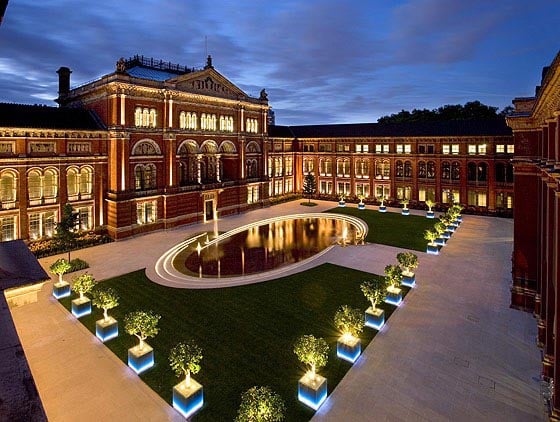 The former director of the National Portrait Gallery talks to well-known art detective Charles Hill about his search for some of the world’s most-famous masterpieces. Hill’s successes include Munch’s The Scream and Vermeer’s A Lady Writing a Letter, while Sandy Nairne was closely involved in tracking down two of Tate’s Turners stolen in 1994 (10 July, 6.30-7.30pm).

Personal stories are told by those who knew the artist well, including his grandson Gus Danowski, The Henry Moore Foundation's David Mitchinson, the British Museum's Malcolm McLeod, and YSP’s Peter Murray. Afterwards enjoy an evening viewing of Henry Moore: Back to a Land (30 July, 7pm).

Experience the collection at twilight, when the dusk settles in and the sculptures take on an etheral quality. Artists who feature in the collection include Anish Kapoor, Marc Quinn, Laura Ford and Nathan Coley, which you can enjoy while enjoying late-night dining and shopping (20 August, 10am-9pm).

Television food historian Dr. Annie Gray is an expert on a range of gastronomic matter, having appeared on the Great British Bake Off, Heston Blumenthal's Great British Food and The One Show. For this event she will explore the relationship between French and British cuisine, offering guests the chance to try a tempting selection of samples made according to historical recipes (20 August, 6-10pm).

Throughout the run of the Audrey Hepburn exhibition, the National Portrait Gallery will host a series of screenings of her most iconic films. Choose from Sabrina, Roman Holiday, Funny Face or Love in the Afternoon, which are complemented by a series of lectures providing interesting insights into the Hollywood star and fashion favourite (various dates in July and August, please see the National Portrait Gallery website).