Anna McNay explores the work of some lesser-known German artists in an exhibition that reclaims the original meaning of 'magic realism'. 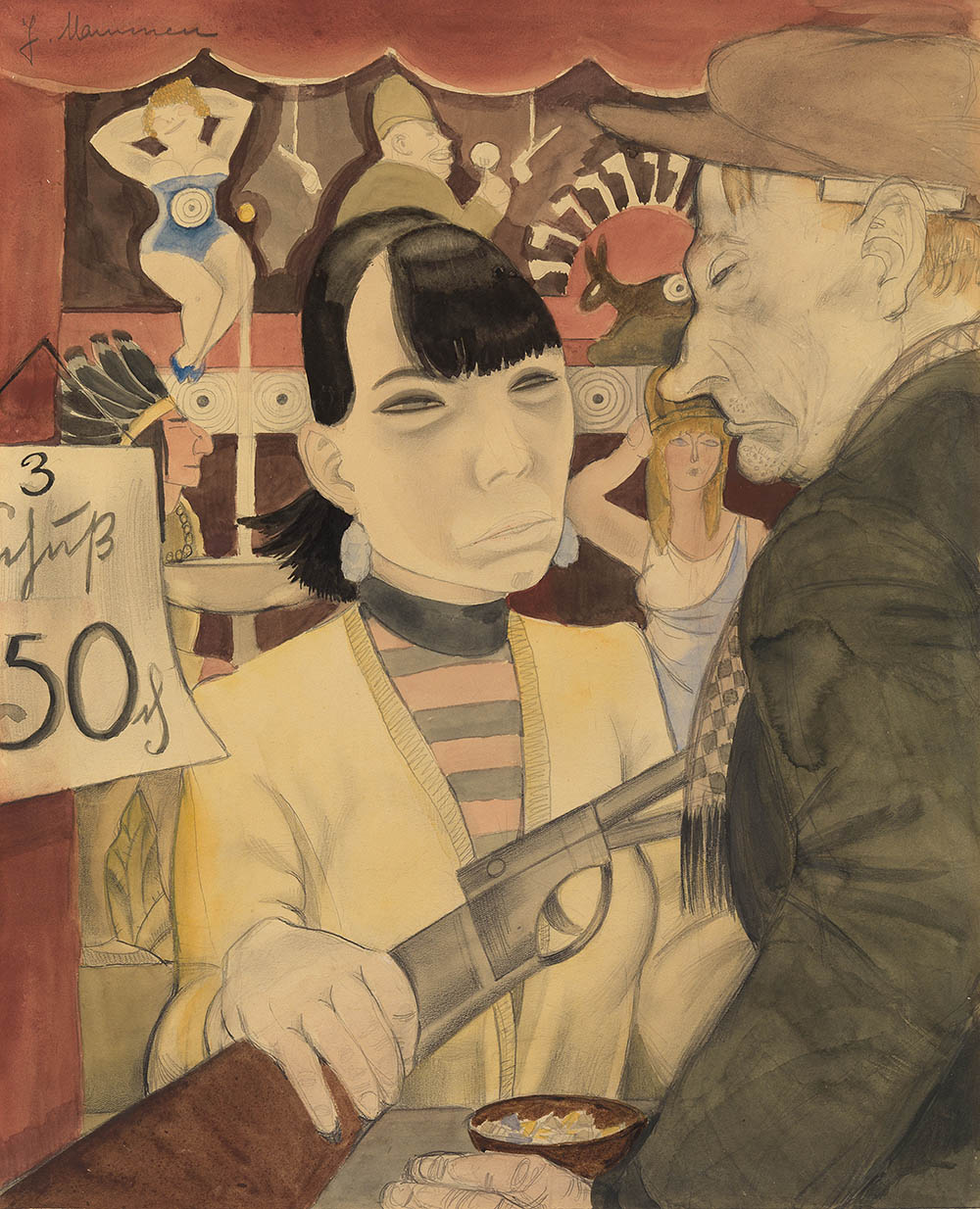 Mention ‘Magic Realism’ today and the term might conjure up images of fairy tales, circuses, and the uncomfortably real unreality of novelist Angela Carter.

For this exhibition of visual art from the Weimar Republic, however, Tate has reclaimed the term’s original meaning, coined by the critic Franz Roh in 1925 to describe the unsettling interwar shift in aesthetic style.

After an introductory section – with some influential, non-German names, such as Marc Chagall and Paul Klee from Tate’s own collection – the exhibition introduces a number of lesser-known German artists from the period, many dealing with the after-effects of violence, trauma and death, using their satirical or sensational art to work through their experiences.

The results range from the more colourful and still quite Expressionistic, through Realist portraits and grey townscapes, to scenes depicting social and gender inequality.

The latter include both Jeanne Mammen’s unassuming watercolours of Berlin life, portraying the modern woman, cigarette in hand, red lips, hair cut short, and an air of bored resignation, and Herbert Gurschner’s elegiac portrait of Bean Ingram (1928). The left side of Ingram’s face is deeply shadowed so as to mirror the mask she clasps in her hand; the backdrop a kaleidoscopic window, with Bean looking inwards, as if in search of her own identity.

This is a theme that resonates throughout the show: on the levels of the individual, society, and the nation.

This review was originally published in the winter 2018 issue of Art Quarterly, the magazine of Art Fund.