Sarah Kent reviews an exhibition pairing the work of Austrian painter Egon Schiele with that of American photographer Francesca Woodman. 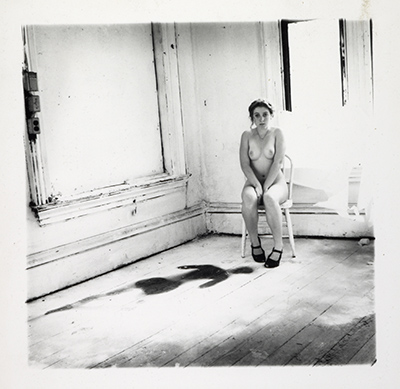 This pairing is really interesting. Egon Schiele (1890-1918) and Francesca Woodman (1958-81) were both protégés. At 16 Schiele was the youngest student at the Vienna Academy of Fine Arts. He was a brilliant draughtsman; his lines sizzle with nervous tension. Woodman was given a camera at 13 and her first photograph, taken in 1972, already has the strangeness and ambiguity that makes her work so compelling.

Woodman photographed herself clothed and, more often, naked; but rather than asserting her presence, she appears evasive, even hidden. In House no. 3, Providence, Rhode Island (1976), for example, she is scarcely visible. Squatting under a window half covered by sheets of wallpaper, she fuses with the crumbling interior.

Schiele’s women are seen voyeuristically almost as specimens of sexual desire, whereas Woodman seems to be revealing herself as part of a search, perhaps for the relationship between her subjective and objective selves. Bringing them together emphasises the way Schiele’s nudes are melodramatic yet mute, while Woodman’s presence is tentative yet highly eloquent.